You know it’s a good week when I’m talking about pork TWICE. 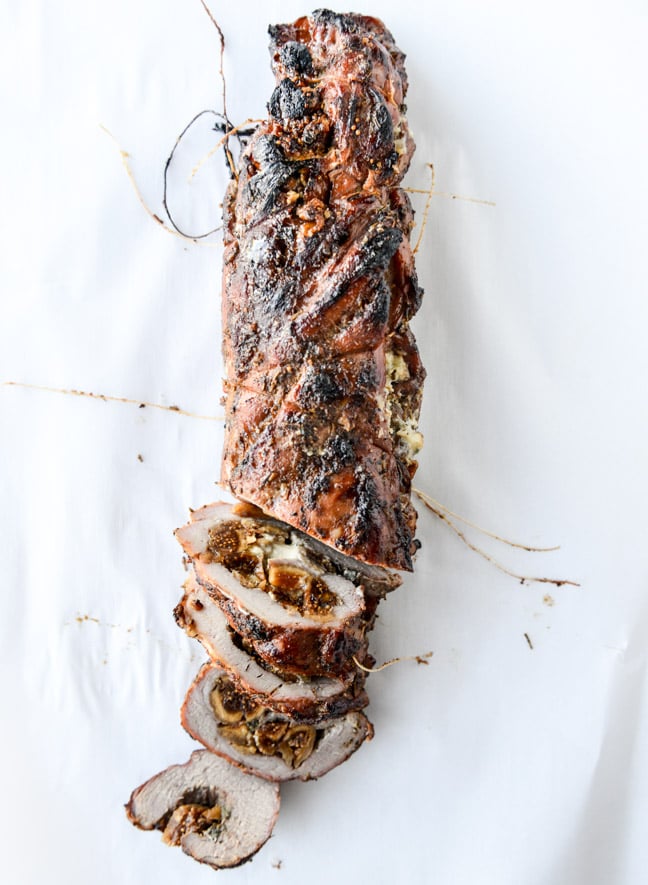 And it is just going to get better because FIGS SOAKED IN BOURBON. 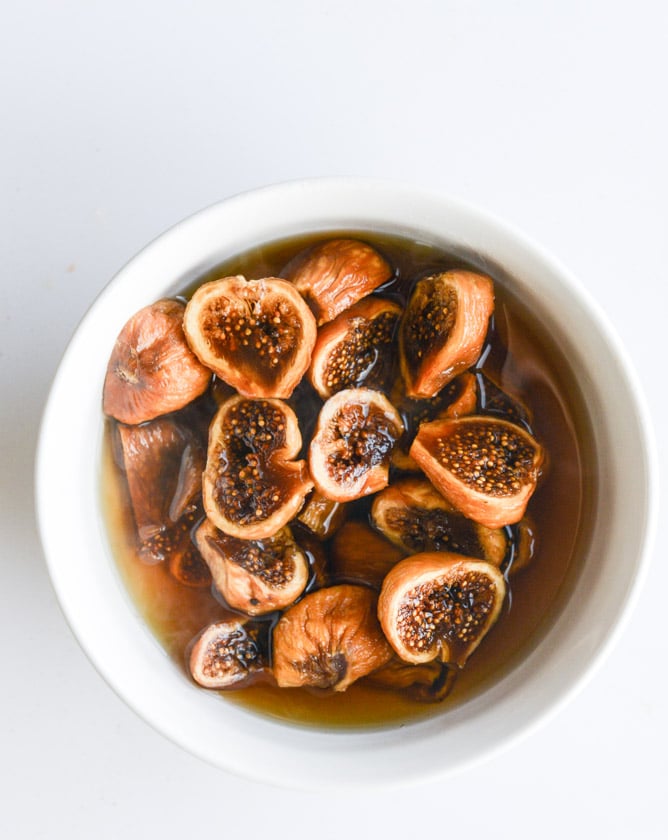 Yep yep. That’s what those are. Dried figs plumping up by soaking in a bunch of buttery bourbon before being wrapped in pork and smashed together with sage and gorgonzola and… wait for it… ROASTED GARLIC.

This might very well be my if-needed death row meal. So. Years ago, like many moons ago, I had a client give me a recipe for a fig and blue cheese stuffed pork tenderloin. At the time, I don’t think I had ever tried dried figs and that threw me into the downward spiral obsession with them. I once ate two containers in one day (yeah… not so good) and then snacked on them daily for years. And that was one of the first recipes I ever made for Eddie – we weren’t married or even engaged or anything – and, um, I quickly learned that night that he hated both figs and blue cheese. It was awesome.

For the record, he doesn’t anymore. At least not the blue cheese. Figs weird him out. Regardless, that was totally NOT a recipe that impressed.

I, on the other hand, freaking lovvvvved it. The thing was that she handed me the computer-printed recipe on a sheet of paper, which I then semi-destroyed, and then had give back when she asked for it after I covered it in food and a general mess and kept it crumpled in my purse for 34 days.

Most papers end up crumpled in my purse for 34 days. Please tell me this is one of your things too. 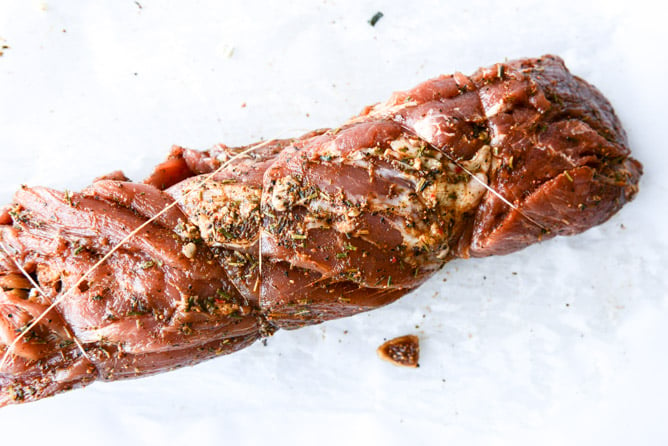 Anyway. I had always been a gigantic fan of blue cheese and pork and then the figs came along and well… I’ve thought about it ever since. And I’ve only made my own bastardized version of it a few times, if for the one reason that I CAN NEVER FIND MY KITCHEN TWINE.

Like seriously. I need to go buy a new roll every single time I roast a chicken or tenderloin and uh, hello, why can’t my grocery store just carry it?

Kitchen twine is like… what bobby pins are in my house. I have piles of both but can never find either when needed.

In a straight up emergency, I once used (clean, unused) shoelaces.

In this situation, I used some sort of string that I deemed “twine-able” and found packed in a box back from when we moved in August. It’s true: my life is in shambles at the moment.

This pork tenderloin is crunchy and seasoned on the outside, filled with delicious things on the inside, the meat is tender and wonderful and then the entire thing is drenched in a little glazy glaze. Yesssss.

But now really: perfect holiday meal?! I think so. 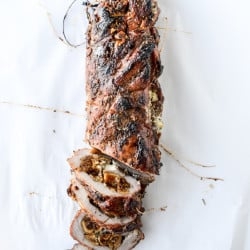 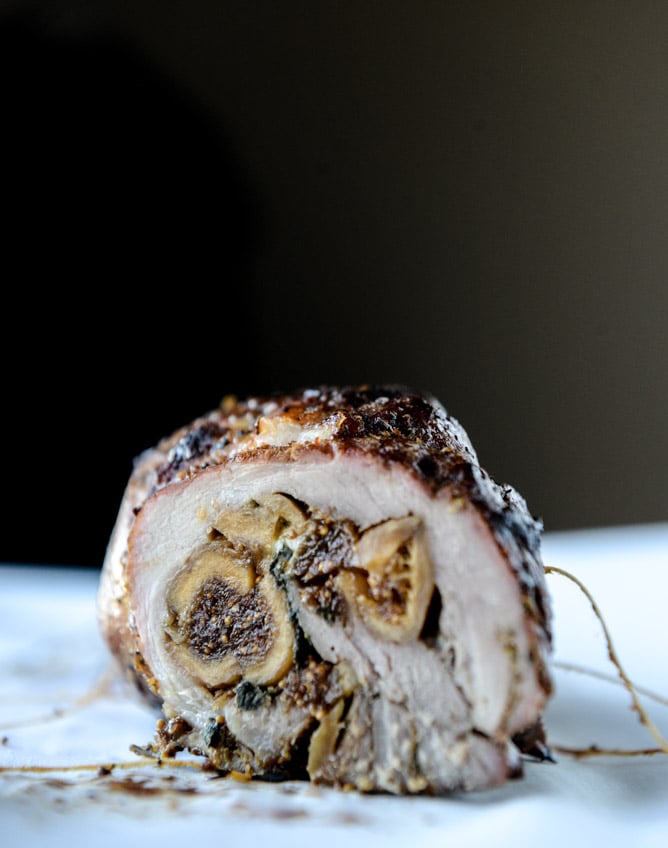 « Previous PostTuesday Things.
Next Post » My Best Recipe Yet.