And in a good way. The good kind of Bs. Bacon! Blueberries! Bourbon!

I wouldn’t mind being a B if I could be one of these. I’m in a waffle mood right now. And by mood, I guess I mean phase. I’m really into waffles, especially when covered with tons of fresh fruit. Like a big, old rainbow for breakfast. I’m into it.

My waffles have to be crispy. Like really crispy. Let me tell you something: Eddie likes soft, soggy waffles.

What? Do you comprehend this? I do not. Does anyone else in the universe like soft, soggy waffles?

I also sense that he does not enjoy the soft, soggy waffles as much as he says that he does, but he’s quite stubborn and now that I’ve pointed it out and berated him over the SS waffles, he won’t quit them. (Great wife.) 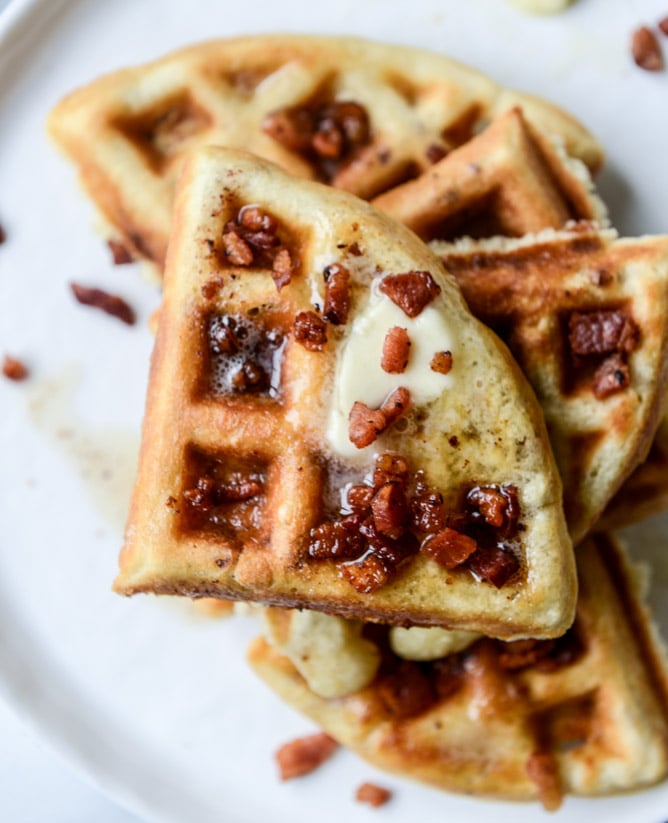 See. We have an atrocious waffle maker that belongs in the trash because no matter what kind of waffle batter you use, no matter how hot the iron gets (never hot enough), how much butter you add (you need LOTS for crispy waffles), the waffle iron produces a waffle that is squish city. Very gah-ross. The waffle doesn’t even get golden brown. You can leave it in for three cycles and… nothing. Atrocious is an understatement.

However. We can’t get rid of this waffle maker because it’s Eddie’s favorite. Sort of like how he doesn’t like toast? He only likes warm bread?

Well. He also likes soggy waffles. Clearly I have a maaaajor issue with us.

Last Sunday, as we made waffles in our respective irons, as I watched him smear jelly on his soggy waffles, I was like… this is an abomination to breakfast everywhere. Waffles have to be crispy. And not only crispy – but have a little texture too. Like BACON. Crunchy bacon bits inside of crispy waffles. Double the texture!

Am I in heaven?

I might be, but it gets better. Bourbon and brown sugar butter. Spread that ish on everything.

Fresh blueberry maple syrup. Pour some sugar on all of it.

More crunchy bacon on top! Because I do what I want.

It is lovely and wonderful and not super duper heavy even though it appears to be.

I think waffles are quite summery, so there’s that. 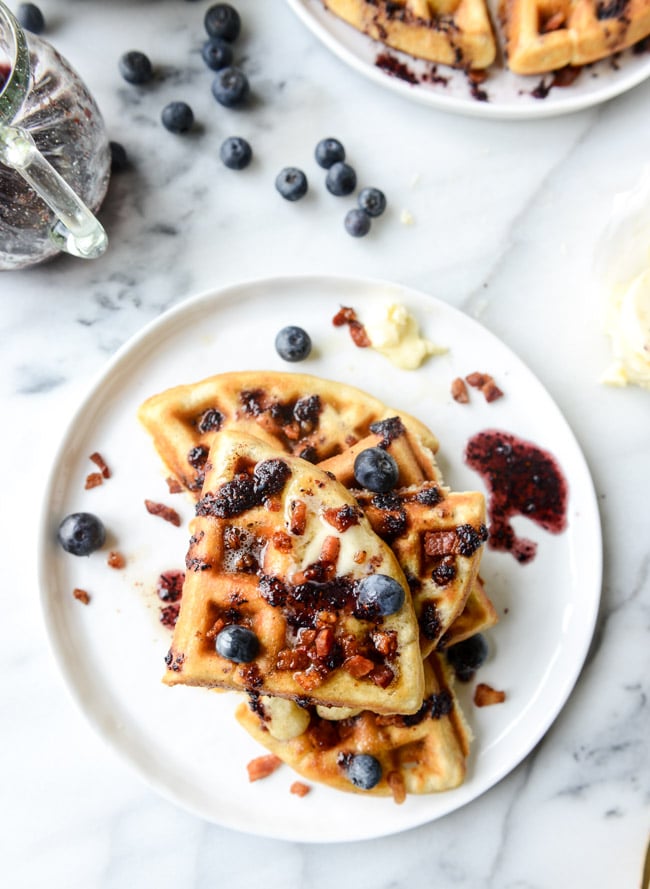 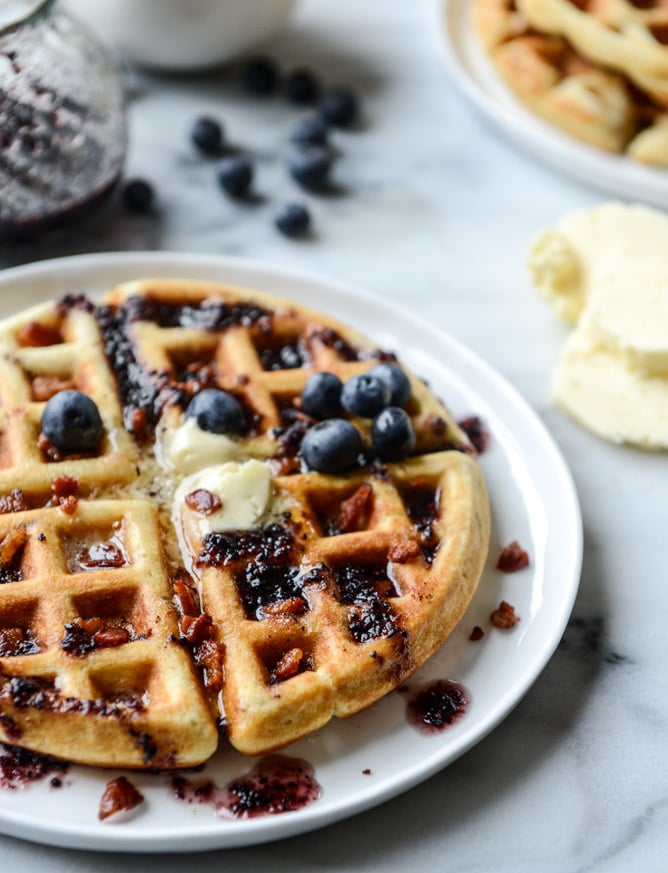 Now we just need to convert him. To the church of the crispy waffle.