[this post is brought to you by Rodelle, who I’m partnering with in 2016 to make all sorts of delicious dessert! as always, I only work with products that I 100% love and use in my own kitchen. thank you for your support!] 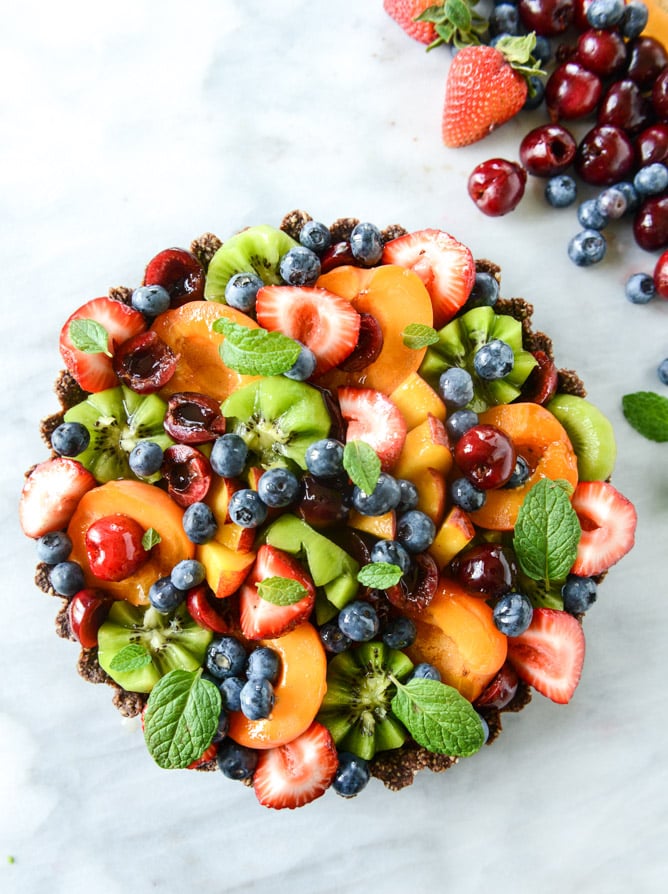 I have the one thing you need to serve every weekend for the next twelve weeks! Are you in? I’m so in. Lots of my favorite flavors here, wrapped in one delicious, fruity, bright and colorful package. Chocolate, vanilla, coconut, cashew and all the fruits. You already know that I’m a huge fan of vanilla bean paste (um hello, THIS CAKE) so I incorporated it twice here: in the filling and the glaze. Just for a hint of vanilla and because I love the bean flecks in such a weird way. Almost positive that stems from eating vanilla bean ice cream (with the flecks!) with my grandma when I was a kid.

The standout here though is the gourmet cocoa – it is SO insanely delicious. The crust is made with cocoa but tastes like it’s made with melted chocolate bars. Eeeeep! 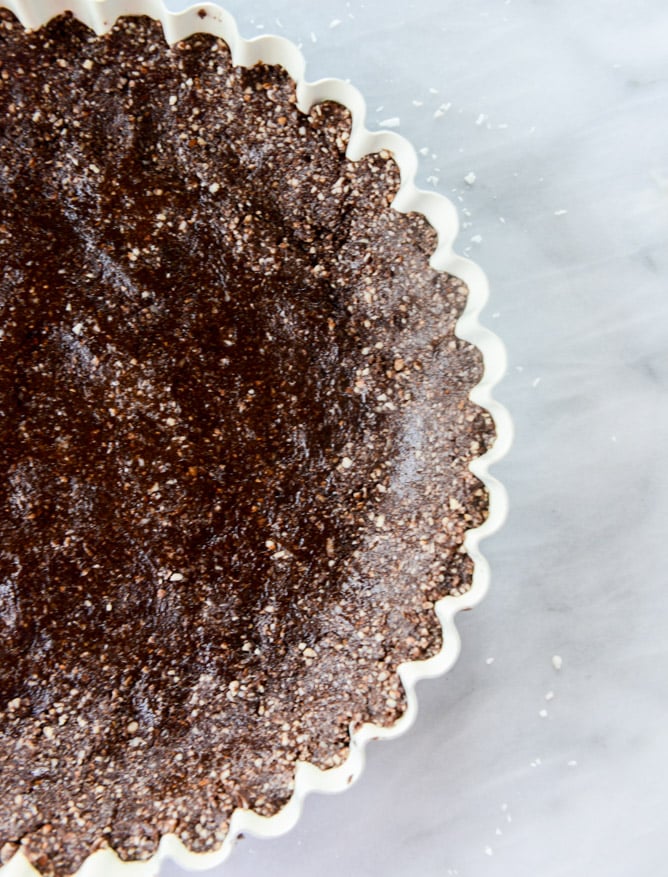 This is straight out of my DREAMS.

I’m also fairly obsessed with this chocolate + coconut + cashew combination at the moment and it’s alllllllll I want to consume, forever.

So you can just make the crust in your food processor and it’s full of cashews, unsweetened shredded coconut, dutch process cocoa, coconut oil and a touch of honey. You could probably use dates to sweetened and “sticky” it if you’d like, but I can’t stand when everything tastes like dates.

I actually really like dates themselves, or even stuffed with almond butter. But when raw desserts all taste like the exact same larabar I’m just like noooooooo. No dates for me. 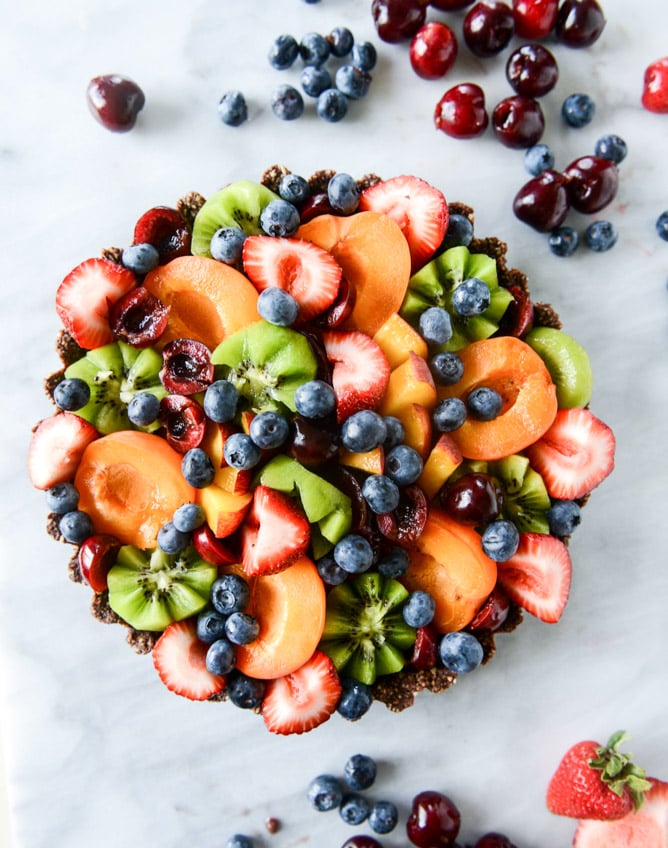 We just make a teeny tiny bit of filling in the form of mascarpone cheese + sweetened condensed milk + vanilla bean paste. For some extra flavor and richness, it’s delicious when the fruit sits on top. Sort of cheesecake-like but not completely. A touch lighter.

I could seriously eat this part with a (gigantic) spoon. Ugh, I don’t know which is my favorite part?

Decisiveness is not my strong suit. Then the fruit! All the fruit you’d like, cut however you’d like. Slice it or throw it on whole and fill in all the spaces with cherries and blueberries. I made a vanilla bean glaze to go on top of the fruit too – just like the glaze from that old school fruit pizza that I love so much. Then a handful/rainfall of fresh mint.

And it’s GOOD TO GO.

More than good to go. I’d possibly like to be pie-d in the face with this fruit tart. 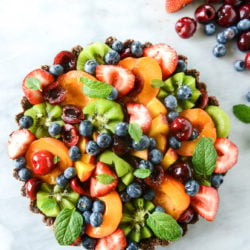