This calls for a huge pitcher of that stuff way up there. Right?

First, thank you for all of your wonderful words yesterday. Huge major hearts.

Second, please don’t disown me for not only sharing my third apple cocktail recipe in a row with you, but for sharing ANOTHER version of apple cider sangria. Another one. Yes.

Because one is never enough! More is more. Especially when it comes to apples. And… sangria. 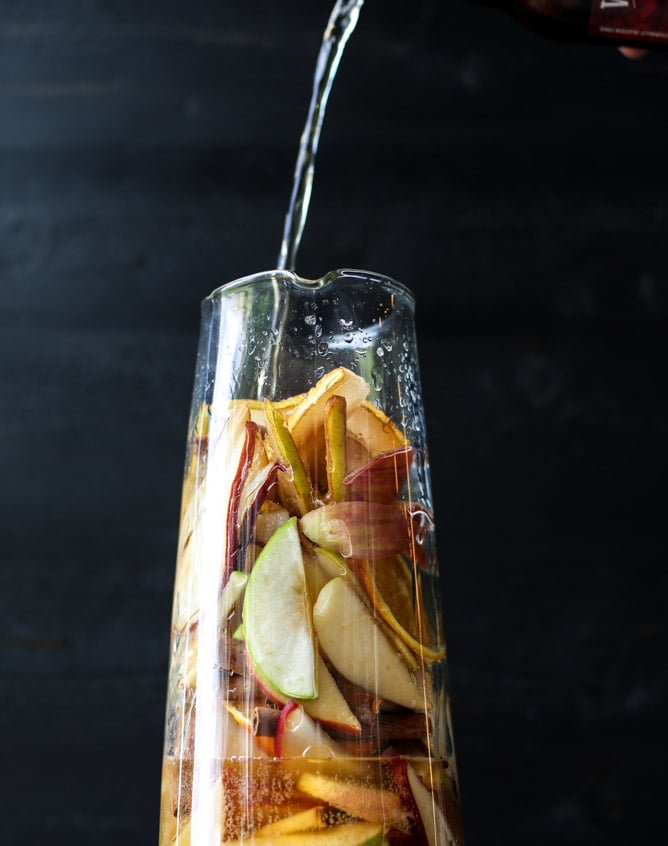 I have made a lot of sangria over the years and a lot of cider sangria. clearly! But this one… with hard cider AND beer Is making me forget about my classic apple cider sangria from a few years ago, which is one of the most popular recipes here on the site.

If you’re a crazy apple cider fan (like me! woohoo!) and also like wine, you will looooove that original version. A mini update was needed for my 2016 cider sangria though. And when I say “update,” I really just mean “option.” I wanted another option because I’m a crazy lunatic who gets bored with the exact same cocktail week after week. And never do I ever feel as inspired as I do in the fall.

SO. I love the hard cider + beer one for so many reasons. Obviously it tastes fantastic. But it’s also sort of… casual? Yeah. Casual. That’s the perfect word. It works on a random Saturday afternoon after you’ve gone apple picking and plan to sit on the couch and watch football for the rest of the day. It’s pretty darn simple and you don’t need any big bottles of wine, so there’s that. Plus, it’s extra cold and bubbly and fizzy and refreshing. But it’s warm and cinnamon-y at the same time! Double duty sangria? Now that’s what I like to hear. 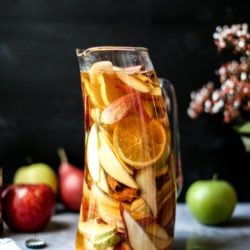 and don’t forget to cinnamon sugar all the things.

« Previous PostHuge News! All the Details on My Next Cookbook!
Next Post » Smoky Pulled Pork Sandwiches with Spiralized Apple Slaw.