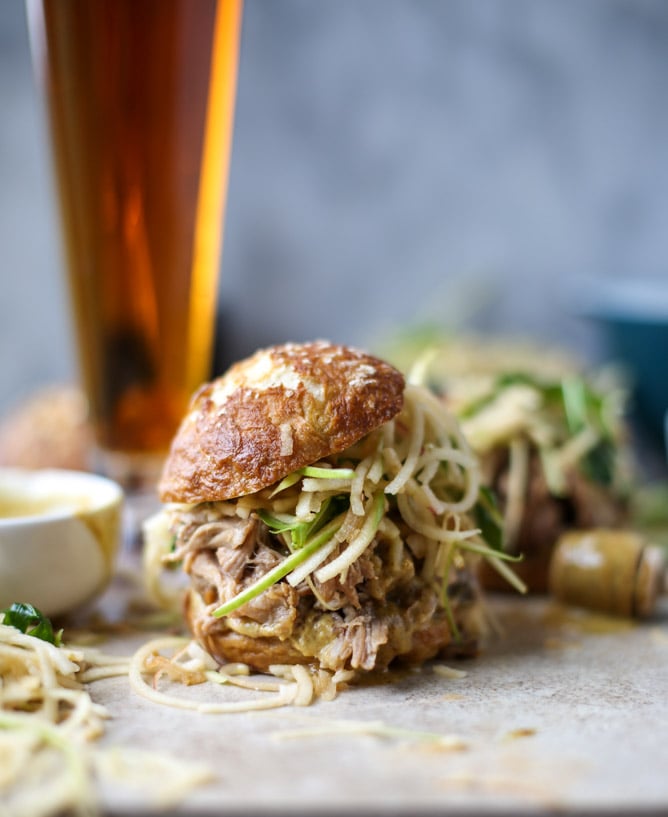 And with maple mustard. MAPLE mustard. Please tell me that there are other insane mustard lovers out there. I don’t mind throwing my heart and soul at a condiment. 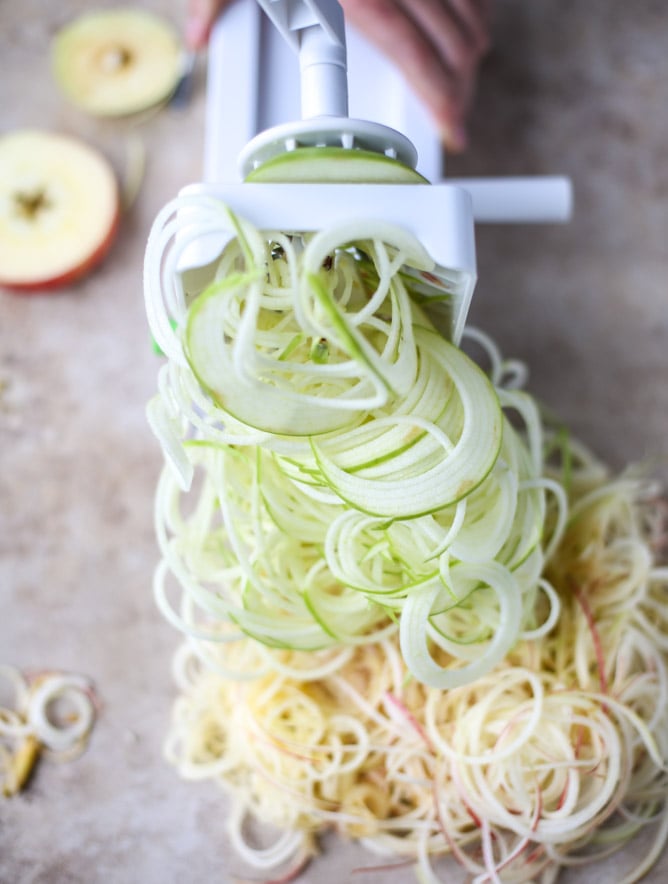 But hold up, FIRST, also puhhhleeease tell me how I have gone so long without spiralizing apples?! I mean, sure, I’ve spiralized zucchini and sweet potato and other vegetables, but fruit? Hello. This is my wheelhouse. I am a fruit fanatic. I might just spiralize my apples from now on and eat them this way through the end of the season.

It’s simple. It’s pretty! And it uses up every single bit of the apple except for the stem and seeds. Super cool if you ask me.

It’s not alllll about the apples though. I’m in a major pulled pork mood at the moment. I mean, technically, I guess I’m always in that mood, but lately I’ve been craving it more often than not. Especially, roasting a pork shoulder or even throwing one in the crockpot and using it for multiple different meals. So, seasoning it in a delicious yet versatile way in order to cure my meal boredom and also so I have an excuse to throw pulled pork on all the things. 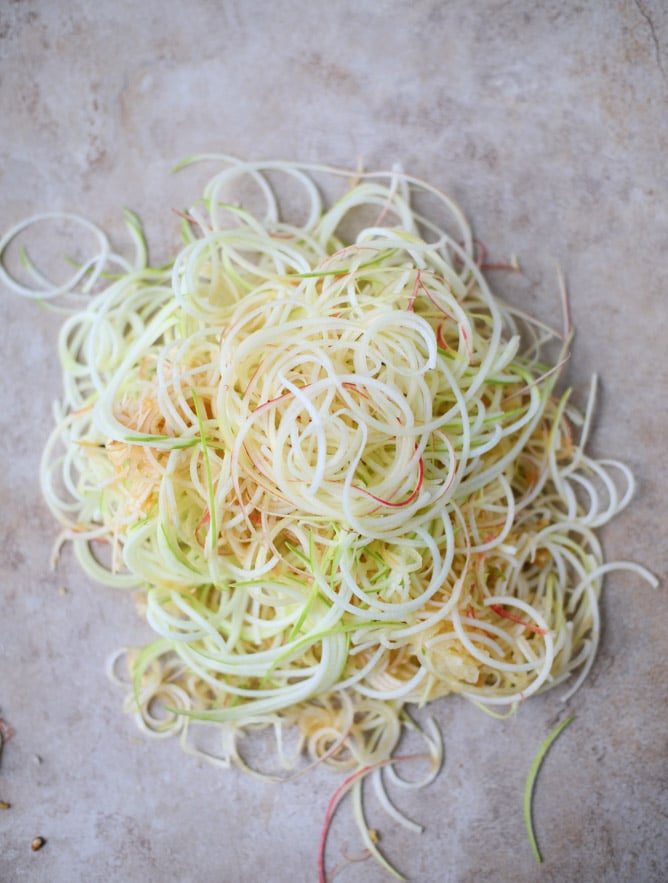 In this case, I used almost the same recipe as my kalua pulled pork ( <um, no, it’s not coffee flavored!) so the meat would be super smoky. I loved the idea of a smoked sandwich with some briney and sweet mustard, topped with more briney and sweet slaw. So much flavor. So much texture. So much OH MY GOSH.

I don’t know any other expression to use for this. Also, I was in totally food snobbery mode and could NOT find a bun that was making me happy for these sandwiches. Nothing seemed good enough at the grocery store, so I took about making my own. I used this recipe for soft pretzel rolls and kept them somewhat tiny, almost slider size, because I knew this would be a rich, loaded sandwich.

I also knew that Eddie would be THRILLED with a capital T to have pretzel buns to snack on throughout the week. In true food-blog-husband fashion, he started eating them before I even used them and I was all STOP IT WHAT ARE YOU DOING I NEED THE UNIFORMLY SIZED ONES.I will choose which ones you are allowed to eat. Okay?

Living in my kitchen is a joy. Right.

So yeah, that’s the whole shebang. I made a similar sandwich last year but was deprived of spiralizing apples. Now: 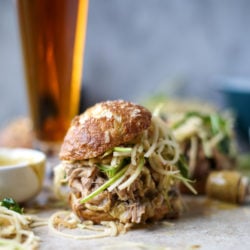 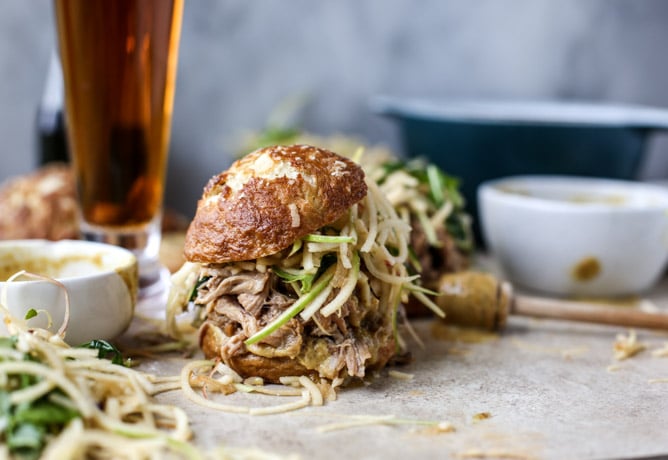 Wish I had it for breakfast.