Welcome to that time of year where I share soup once a week. Just can’t help it. I’m a soup freak. If wanting to swim in soup is wrong, then I guess I want to be wrong. And a mess. Because… soup swimming. What? I don’t even know how to fully express my love for this soup. It might just be because I’m still swamped with this disgusting sickness and cough and it’s the first time in years that I’ve felt so icky, so obviously I’m craving warm broth and comforting butternut. But I’m sure it’s simply because it’s insanely delicious.

It’s just different enough to get you excited, but still familiar that it’s nurturing when you want a warm bowl of… something. The butternut puree is also swirled with brown butter. Gosh. I know. Me and brown butter. Do I even KNOW how to use another ingredient?

I obviously go through phases and right now I’m in a strong strong strong brown butter phase. You might even see it again this week so I apologize. But I also don’t.

There is a touch of nutmeg and even a teeeeny bit of heat in there too. 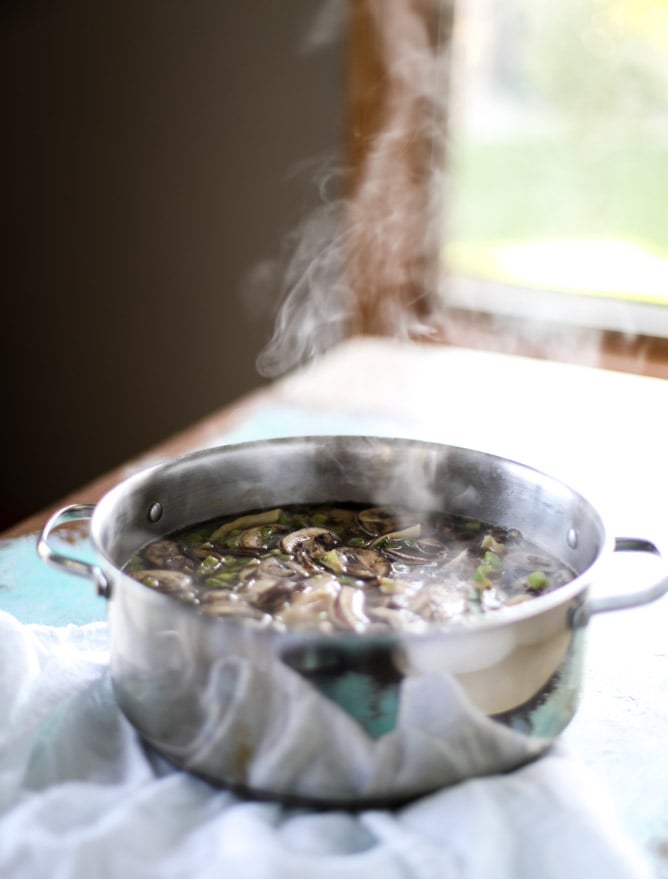 The ONLY thing that one might miss is the little bit of chew in the wontons. You know what I mean? If you’re a huge fan of wonton soup, you might long for the slight chew of the ground pork. Not that it’s chewy, per se, but it definitely have more chew than the butternut squash.

I don’t mind this because I find that the wonton still provides enough chew. And, well, I’d suck butternut squash through a straw if I had to. If you’re not feeling it though, if you love the idea of the flavor but want a little more IN your wonton, you can always stir this puree into a ground pork or turkey mix and build your wontons that way. Problem solved! The broth is simple and flavorful. I love to throw in a bit of toasted sesame oil and soy sauce at the end, right before eating. The whole bowl is fabulous and I never, ever, ever want to just pick out all of the butternut wontons and eat those by themselves, while standing over the stove and burning the heck out of my taste buds.

Never. What kind of animal would do that. Don’t you just want to hug this bowl though?