It’s been quite a buttery week. 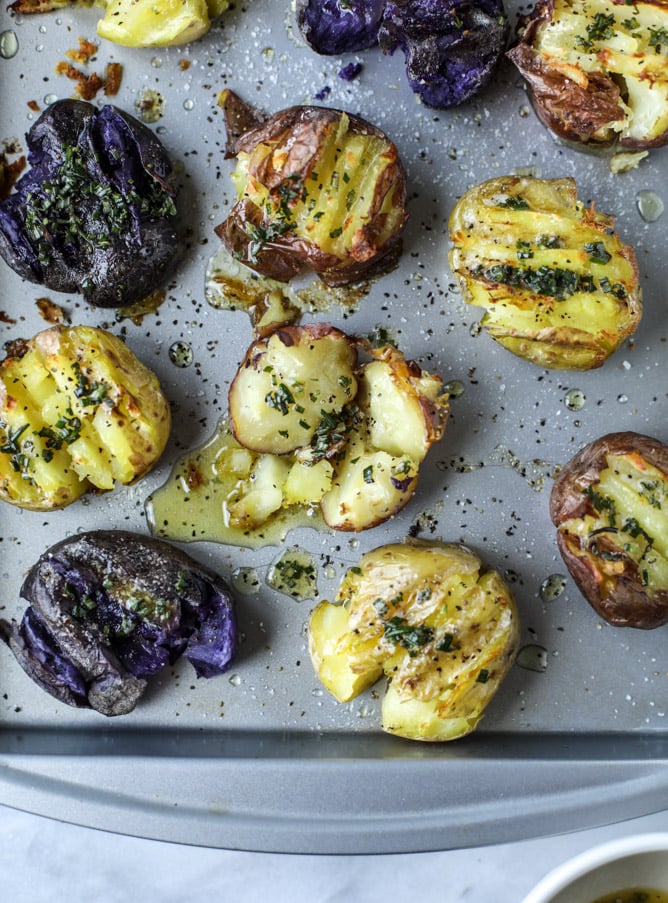 You won’t hear me complaining though. Buttered rosemary smashed potatoes? My recipe heart is exploding. 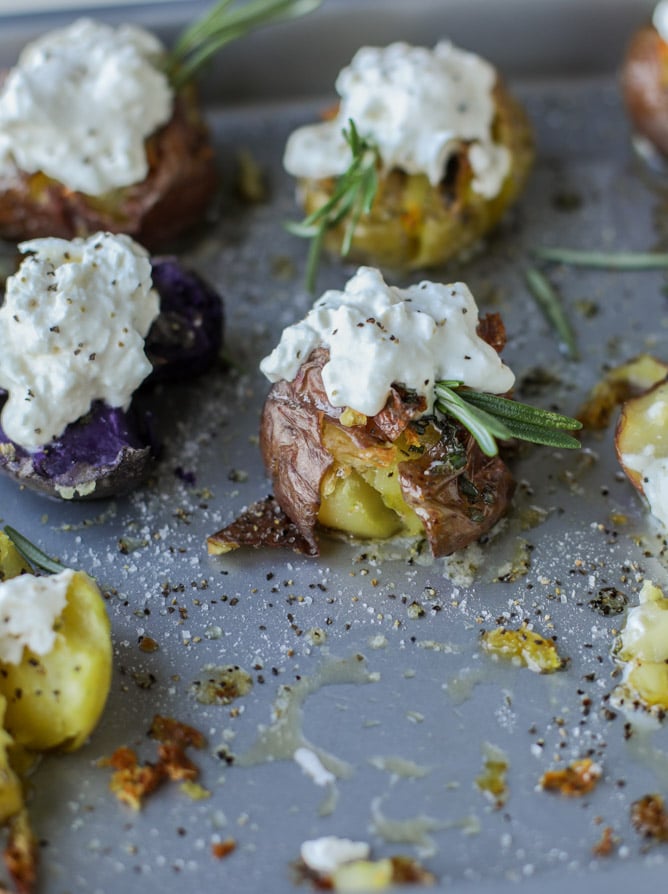 This is my new favorite side dish.

It IS. And I’m in love with it because while, sure, it can make an appearance on your Thanksgiving table, the truth is that this is perfect all year round. Even in the summer! 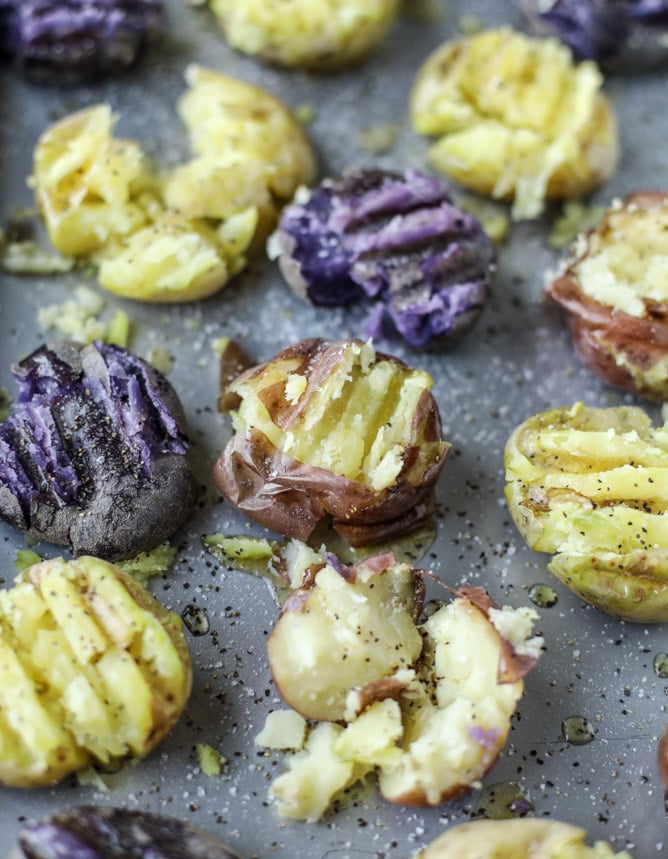 One of the first recipes I ever made after I started blogging (like, just for dinner) was the pioneer woman’s smashed potatoes. I was completely amazed by them because growing up, you know that potatoes were my favorite food – and I had never tried potatoes that way!

I’ve made a few versions of them over the years but this is by far my favorite. Smaller, red, purple and golden potatoes drenched in rosemary butter and topped with the meltiest, creamiest of all the cheeses in the universe: burrata. 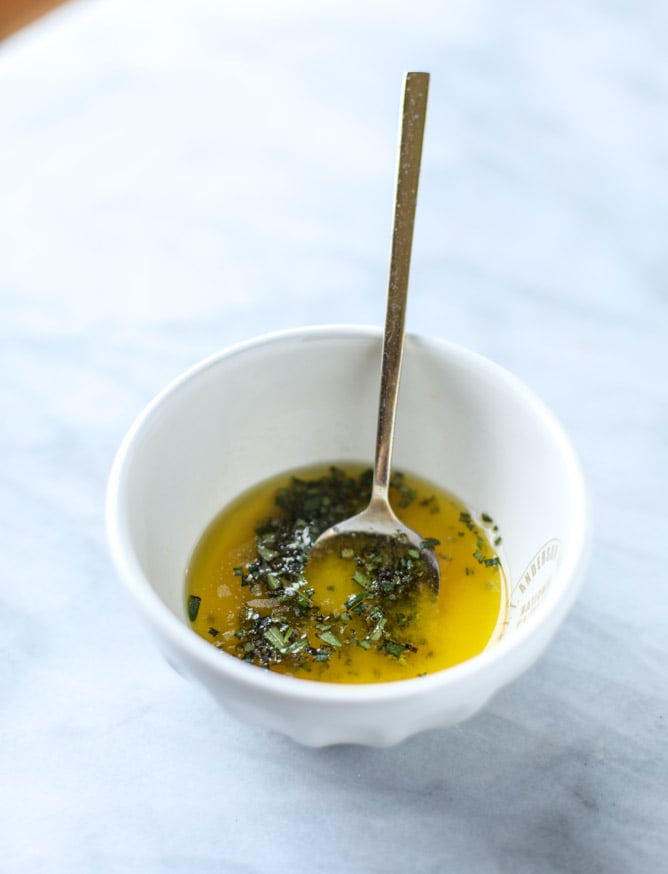 For real. I am 103% convinced that this dish is one of the most delicious dishes on the planet. And it is so freaking simple. It is embarrassingly easy. 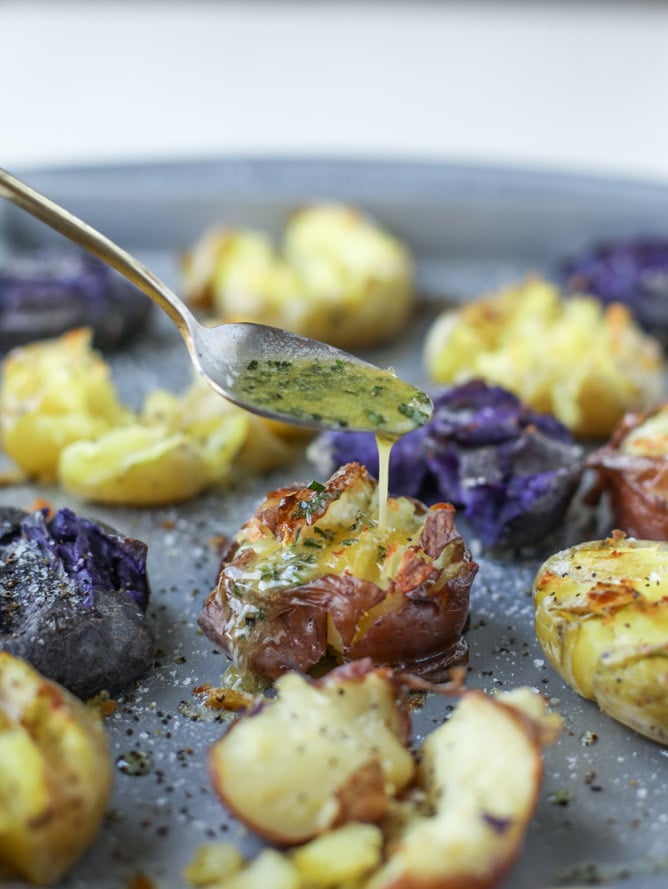 Let’s break it down:

Do one mash with a potato masher, just to smash them.

Cover them with olive oil, salt and pepper.

Roast them until crispy!

Top them with burrata cheese.

Die and go to heaven.

Rise again because you can’t let this be your last potato. 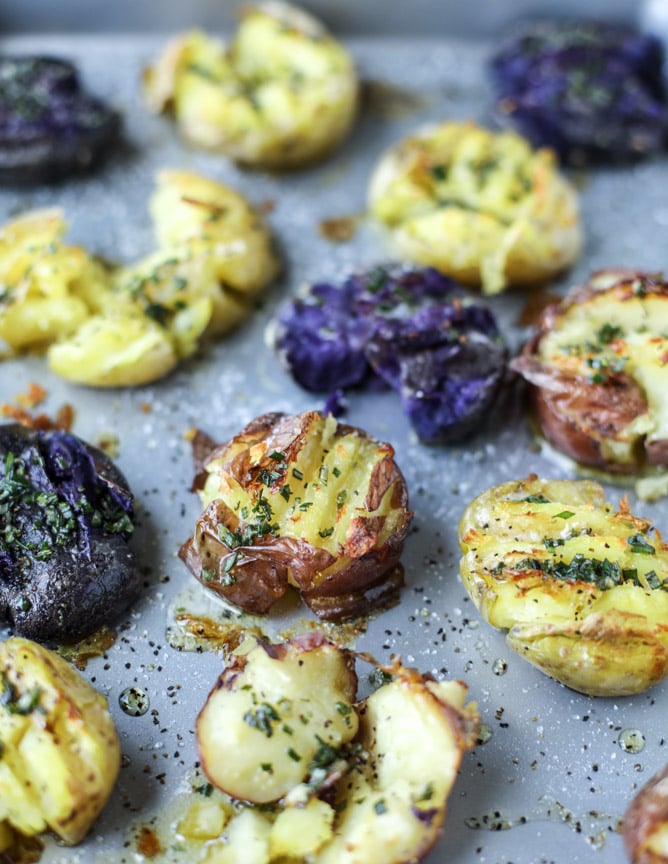 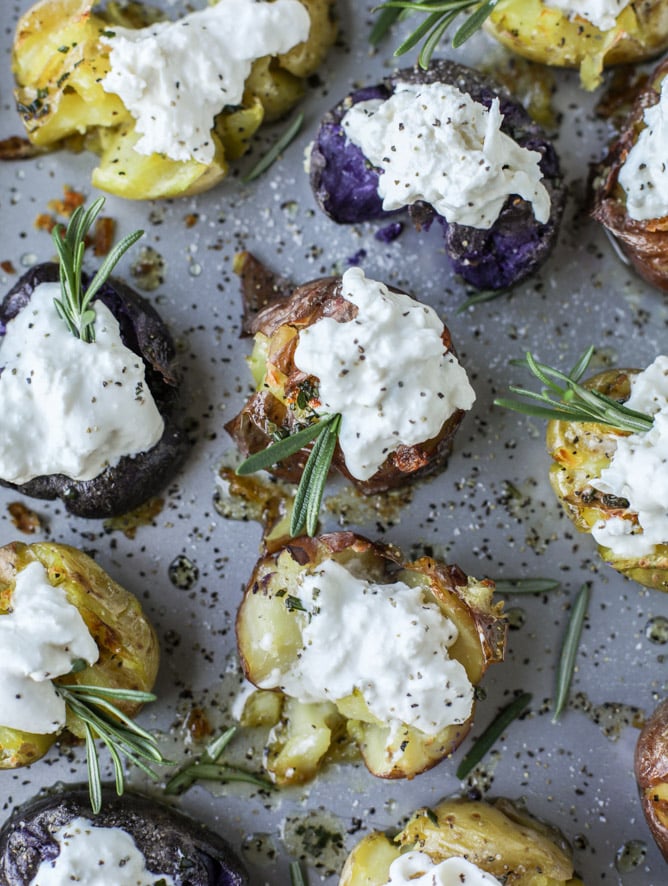