Also known as, your new favorite quick dinner in 2017! 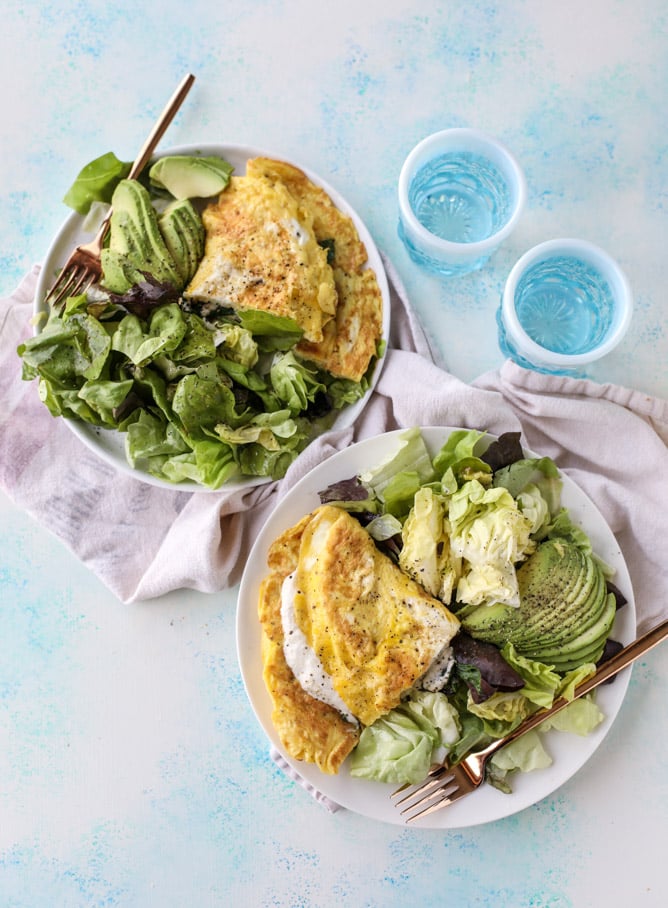 New year, new you and burrata in your omelet.

(This is already the best year ever.) 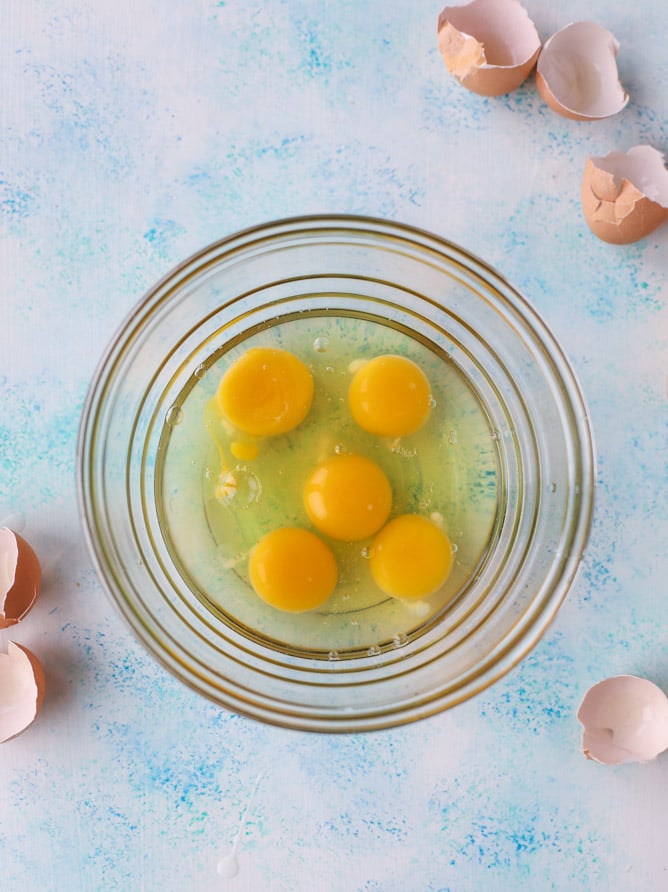 If you haven’t tried burrata with your eggs yet, you are totally missing out. I chose eggs as my first shared dish of 2017 because they are probably my favorite food. Definitely my most consumed food. I love ‘em every which way (except runny when scrambled, because GROSS) and have them every day – and I love the yolks and whites equally!

I don’t discriminate. But you could do a few less yolks or a few more whites since it’s January and, well… you know. Whomp whomp. 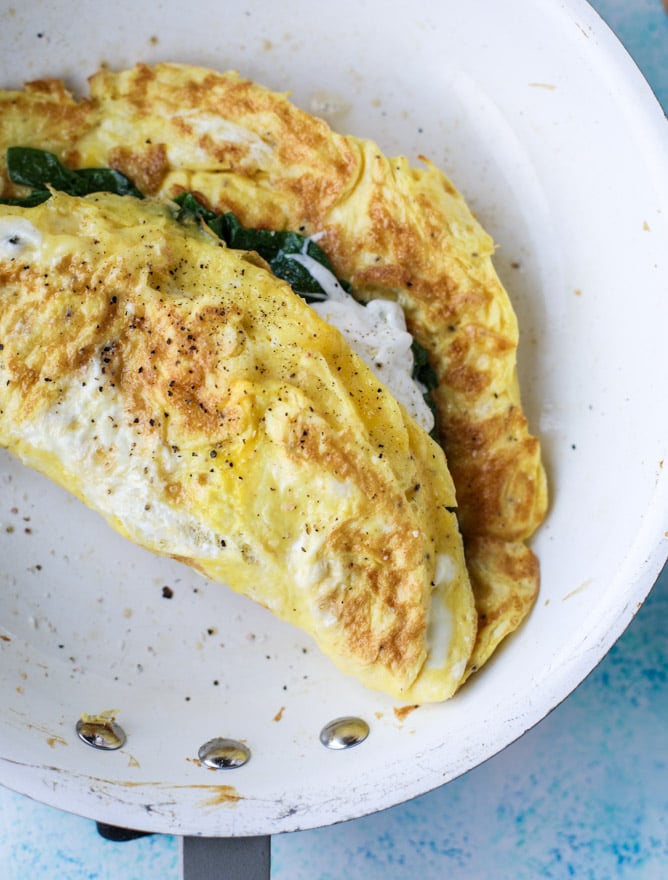 I also like to throw a handful of spinach in the center of my omelet because it’s just so simple. It’s an easy way for me to eat vegetables without thinking about it. The spinach steams and is covered in a blanket of cheesy burrata, so why WOULDN’T I eat it? 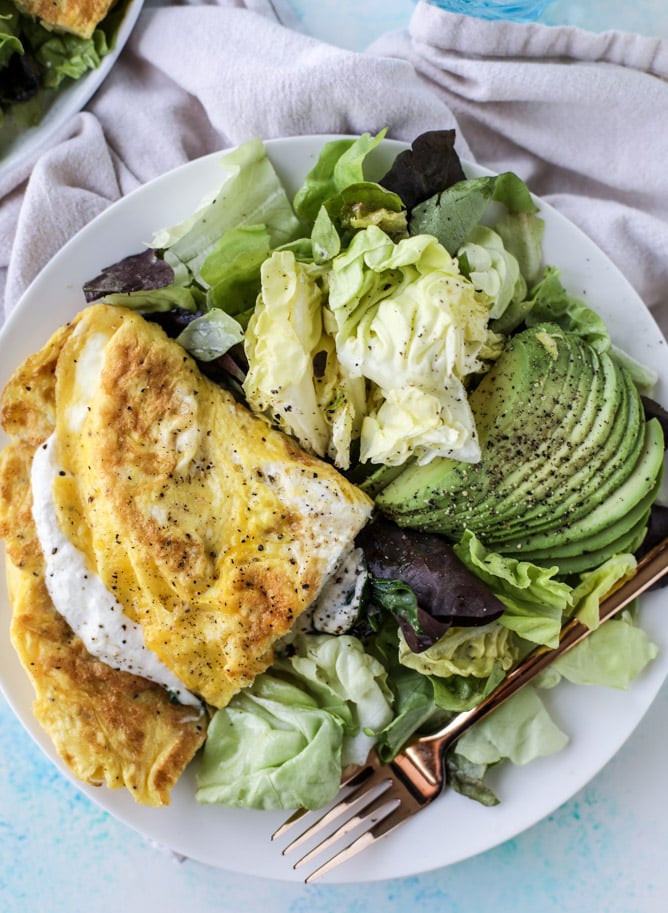 Breakfast for dinner is a go-to in our house once a week. It’s the thing we make when we have no idea what else to have but don’t want to order out. And this meal is ridiculously filling. Sometimes I have it for breakfast too, but that’s only when I can get my act together, which is precisely never.

But yay for burrata! 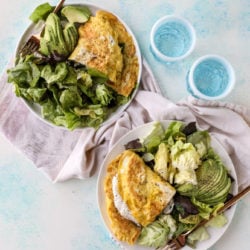 See? This is so much better than a smoothie.