[this post is in partnership with Harry and David. I’m creating some wonderful recipes with their tiramisu whole bean coffee this season and I can’t wait for you guys to see what I’ve come up with! xoxo]

It’s like I died and went to chocolate coffee heaven! 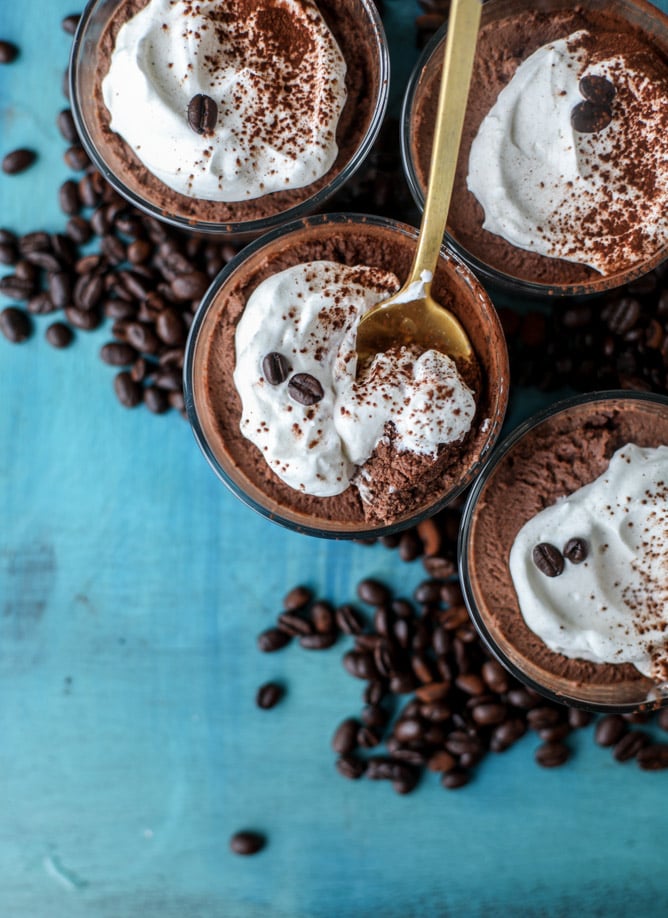 Even before I liked coffee, I used to be obsessed with going into coffee shops and smelling the whole beans. I did this as a young child and was so fascinated by the wild and crazy dessert flavors that the beans could take on. In fact, you’re probably not surprised that it might have been the sole reason that I wanted to like coffee.

My parents always bought whole beans and ground them every week and every single time, I begged them to get the Irish cream or the mudslide or even just the vanilla flavors. I was convinced that they would taste 100% like dessert because they smelled so fabulous. Much to my dismay, they never bought the flavored coffee. Never ever. But! My grandma would sometimes buy the flavored espresso packets (these came in small foil bags and I never see them anymore, but I swear they were a thing in the 90s) and after special dinners, we’d always have it. I would ask for a cup, drown it in cream and sugar, take two sips and be so disappointed because it didn’t taste like cake. I was super excited when I got to choose a flavor of the full bean coffee from Harry and David. Tiramisu was an obvious choice (having just made the MOST delicious tiramisu-inspired recipe for my cookbook, I couldn’t resist, even though I was super tempted by the chocolate cherry and cherry vanilla (!!!!)) and I think I inhaled the scent of the beans for a full five minutes before grinding them up.

Wow wow wow. My crazy love for this coffee is intense.

I might love it even more because I made it in my French press since I don’t have a traditional coffee maker. For some reason I find French press coffee to be so good – maybe only because I feel cool and hipster-ish using my press. Shocking.

Since I partnered with Harry and David to make a recipe, I didn’t want it to be JUST coffee. Or even a drink! The only logical use for my coffee was a decadent mousse. One that would make every single resolution fly out the window, but was also rich enough to have just a few bites. I’m sure a few bites have negative calories, it’s a Jessica law. I whipped this mousse a little more than my milk chocolate mousse recipe and oh my gosh – it’s like a chocolate CLOUD. It’s almost lighter and fluffier than traditional mousse. It’s super rich, but since it’s whipped, it just feels so light.

I knew you’d come through. 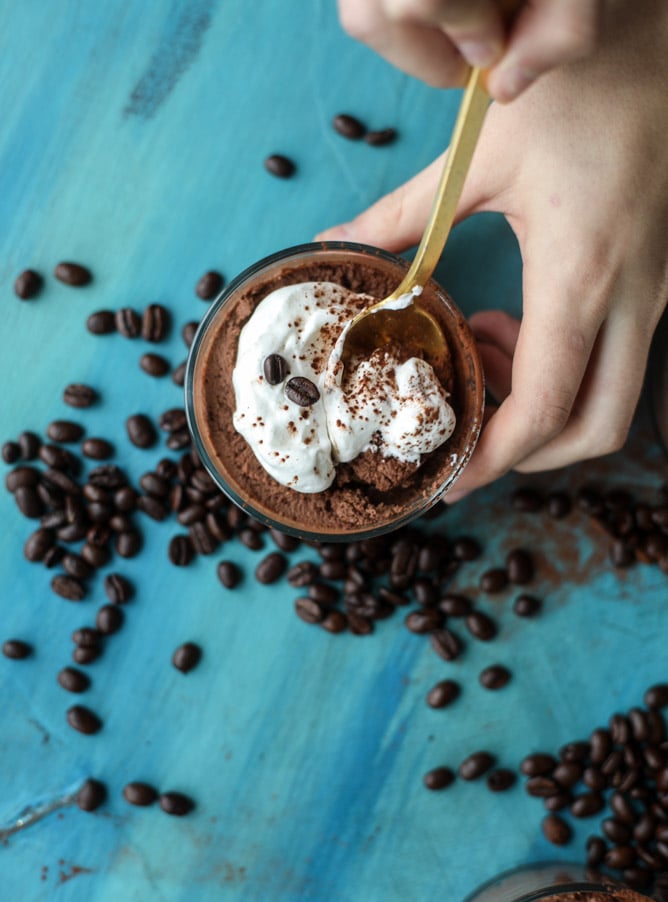 It’s definitely worth breaking the rules for.