And if you’re anything like me and can’t make a pie to save your soul (#truth), then a galette is necessary. A sour cherry galette, to be exact. The best one ever!

It’s a lofty claim, but someone has to make it. 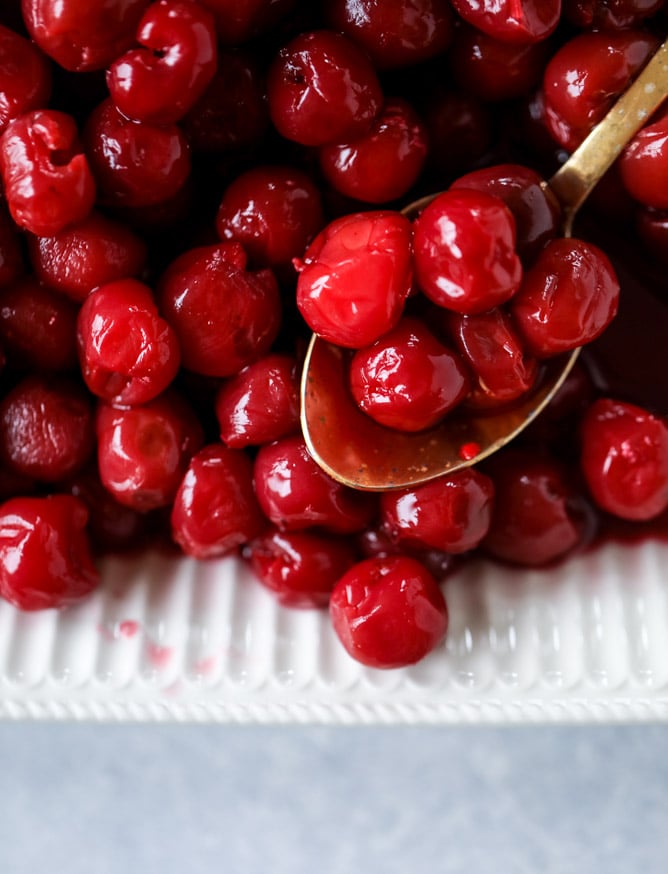 To say that I am ob.sessed. with sour cherries would be a major understatement. Two words, that obsession is. It formed later in life, which is sad because Mother Lovett used to make cherry pies all the time, way back when I could care less about pie. I can never find sour cherries around me – it’s such a short window and the few places that stock them? I always inevitably miss the stocking which quickly sells out. I’ve make a sweet cherry pie before with bing cherries, which I still absolutely adore, but it’s NOT THE SAME.

Err, well, they totally CAN, but they don’t taste anywhere near the same. So I was super excited this year when I found a local farm near me had freshly frozen sour cherries. I bought FOUR pounds then went back and bought four more. It’s really not as many cherries as you think, I swear.

I mean, it’s not like I’m having a difficult time shoving normal things in my freezer or anything. At all. 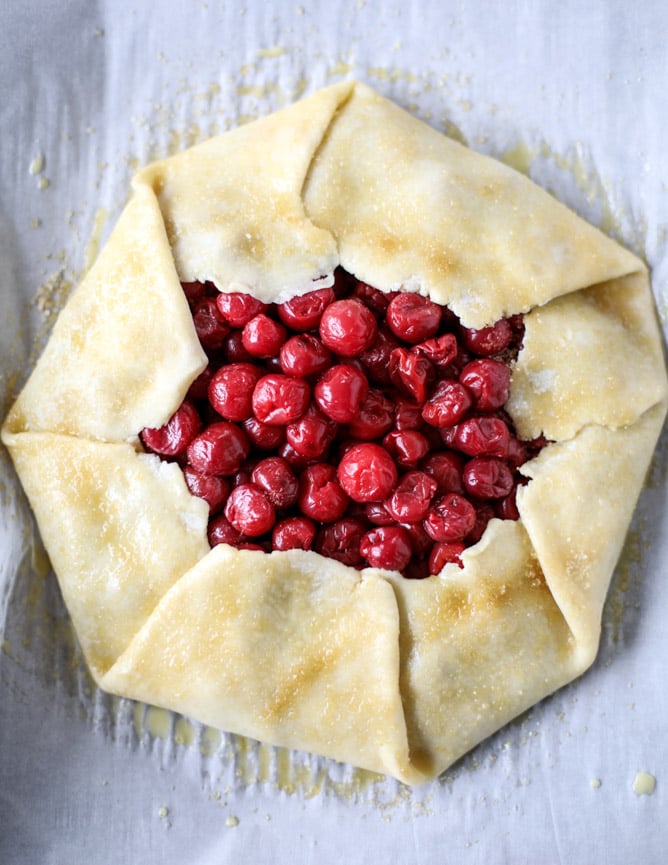 Aside from wanting to take these babies and throw them in milkshakes and smoothies, I’ve made two galettes so far with my favorite crust. To me, the galettes are even better than pie. It’s kind of like you get MORE crust because you get the crust that folds over and the bottom crust. The tanginess of the cherries is perfection with the buttery, flakey crust. Only one thing can make the situation better. It begins with an ice and ends with a cream. Truly, this was like my taste buds’ dream come true. There is texture – flakey crust that has a crunch from the raw sugar. Tangy yet sweet cherries that pop in your mouth and are blanketed by a syrupy deliciousness.

What else do we even need? 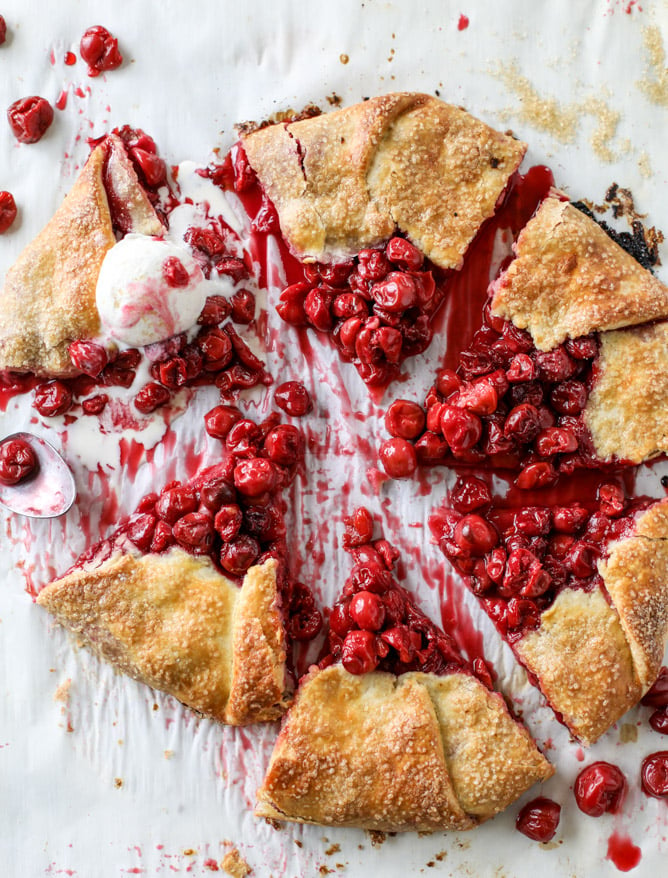 If I can do it, you totally can do it. No excuses! 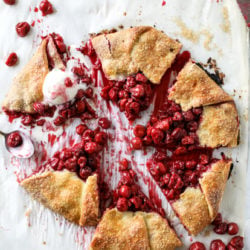 crust -- this makes enough for 2 galettes, so stick one in the freezer! 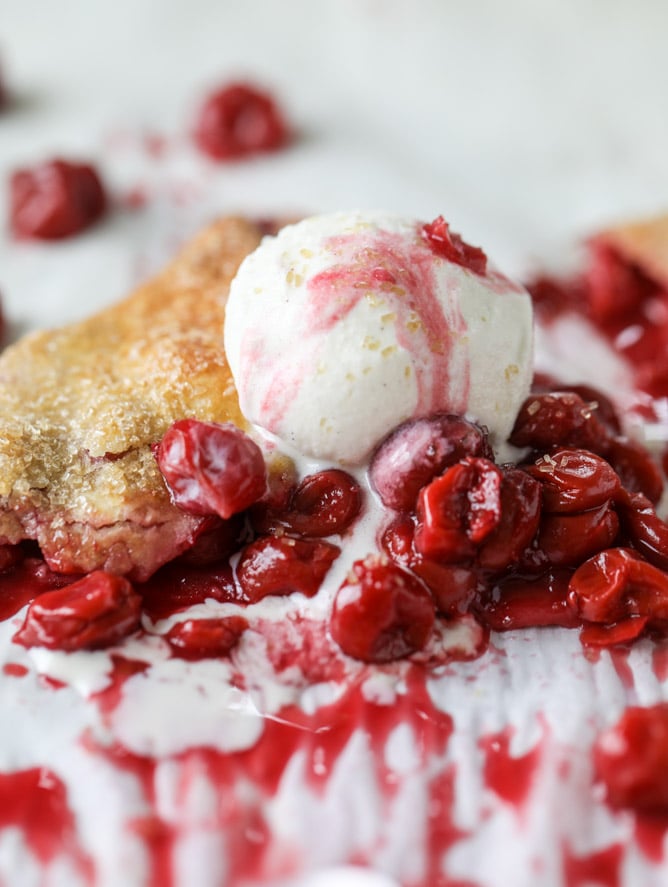 Just looking at this baby thrills me.