So this. Is interesting. I want to eat this whole loaf right up, so yes! I’m super into (very trashed up, very non-traditional) Octoberfest recipes because right now I’m currently in the midst of what is probably the only craving I’ve had this entire pregnancy and that’s homemade soft pretzels and beer cheese dip.

GAH. I want all those things for every meal right now. I’ve only had them once! I need them once more time before labor, right?

That really has nothing to do with this bread aside from the fact that it is beer bread and the pretzels are also bread and there is beer in the cheese I’m craving and and and… I’ll stop.

But really, that’s what I’m into these days.

This is what I’m into! I’ve made a few different beer breads before on the blog and as I was contemplating one this year, I alllllmost went with another savory version. Like last year’s pumpkin cider bacon cheddar one. But then I was like WHAT IF. What if I did a sweeter one? A banana one?

Plus, I was already tempted because I had this Banana Bread beer in our fridge! It’s been there for, like, nine months at this point, but I mean… it was still okay. Right? RIGHT?

It was. We ate the bread and didn’t die. Woohoo! The thing that I really like about beer bread is its dipping factor. It’s SO SO SO good dipped in soup and chilis, you know? I love that about it because it tends to be hearty and dense but flavorful and fluffy all at the same time. So I was nervous about that part when it came to the banana bread.

Here’s the key: brown butter glaze. The brown butter glaze makes up for any lack of dipping. I also think that a cinnamon butter would be AMAZING when spread on top, so there is that too. Sometimes beer bread is just so, well… bready, that is can almost occasionally verge on the dry side when you have a big mouthful. Hence the reason for dipping! And the glaze and butter. 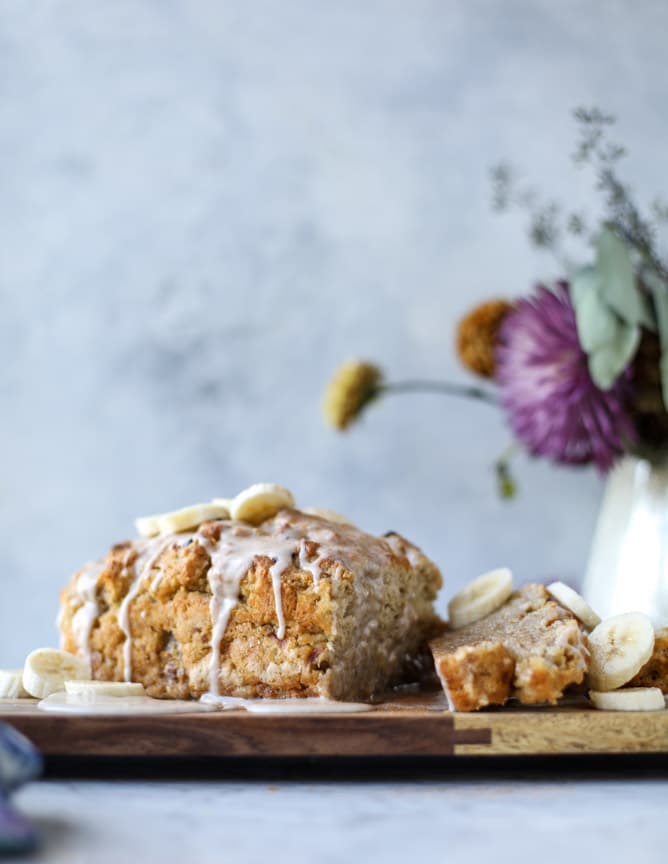 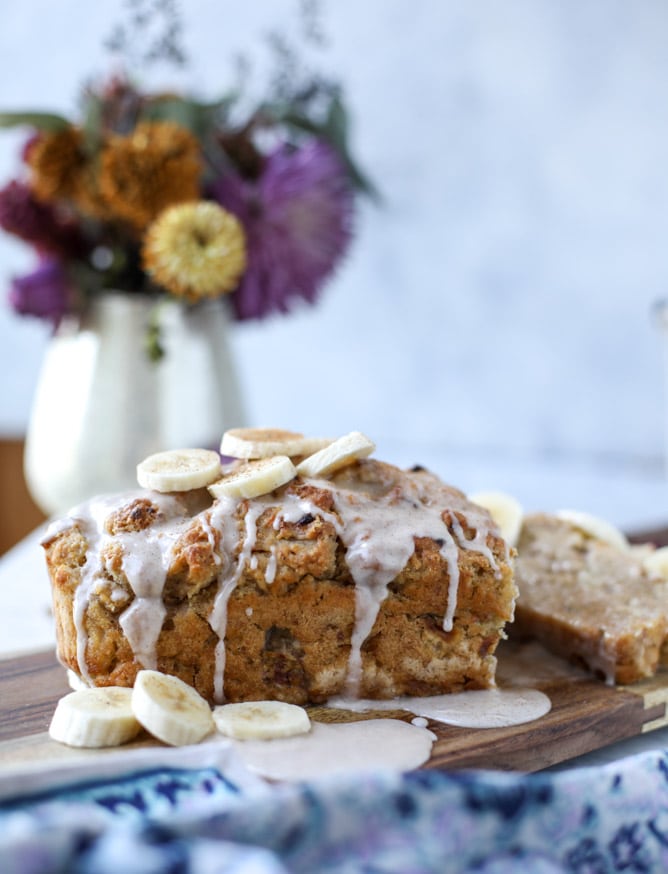 Totally certain you have to try it!