We’re getting kind of fancy today!

Hellllllllo stuffed pork tenderloin. We’re taking this once very intimidating recipe and making it intimidating no more. There is so much flavor right here that you can impress anyone. Even yourself! The filling for this pork tenderloin is SO good. It’s a wild rice combined with apples, butternut squash, a little bit of bacon, spinach, sage and goat cheese. Freaking goat cheese! So super delicious because the flavor is out of this world. It’s smoky, sweet and tangy. It’s really hearty and tastes like the season. There should be enough filling left that you can serve a bit on the side too. Willing all around? I think so.

I am just utterly in love with this. I’m always super intimidated by stuffed pork tenderloin but after making this bourbon fig and blue cheese one a few years ago, I was SOLD. It’s a recipe that I would make often but it comes together easily and takes a lot of the guess work out of the whole “stuffing” thing. I’m not intimidated at all anymore! It’s sort of like roasting a whole chicken. Once you do it a few times, you’re golden. I actually think it’s even easy enough to make for dinner if you’re familiar with being in the kitchen. If you’re a newbie, you might want to save this one and try it out when you have a good chunk of time. But if you cook often, this can totally be your dinner tonight!

And I think it goes well with beer. Sort of need that to get over this hump of the week. It’s also one of those dishes that combines everything in one: your protein, some veg and a little starch! Obviously you still want a few side dishes if you’re anything like my family, but the options are endless. Aside from the extra filling, it’s perfect with potatoes or a salad or some sort of roasted vegetable or more squash because HI FALL. I love this recipe for the current season but also think it would make the prettiest holiday dish, whether it’s for a dinner party or even the actual holiday. And also. Very important.

The day after I made this for the last time? Um, Eddie ate it sliced on a homemade pretzel bun with beer cheese sauce. So there’s that. It’s pretty darn versatile. 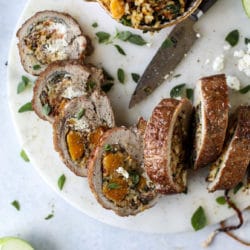 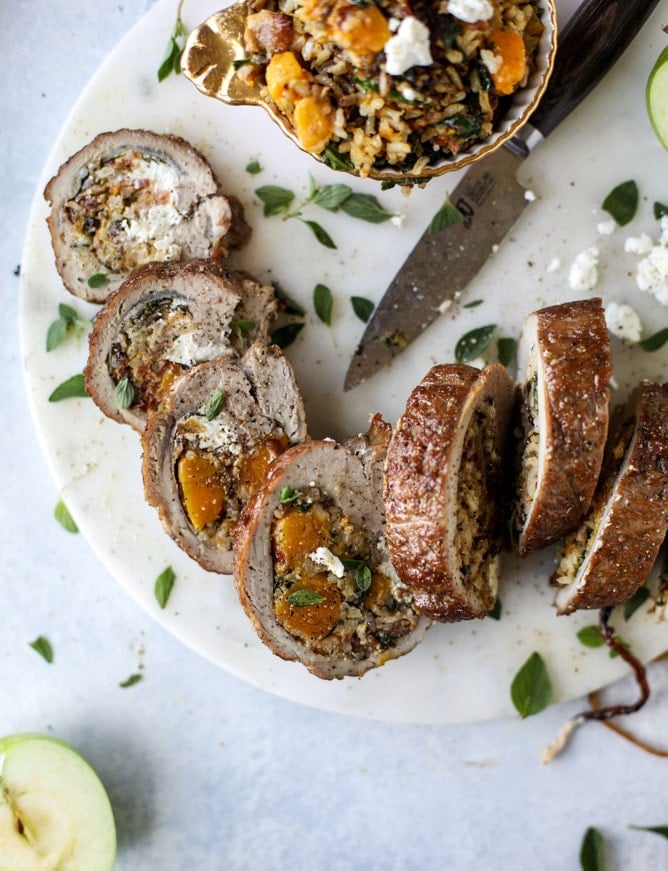 Might not be the prettiest but it’s the most delicious.