Welcome to my new favorite way to eat brussels! 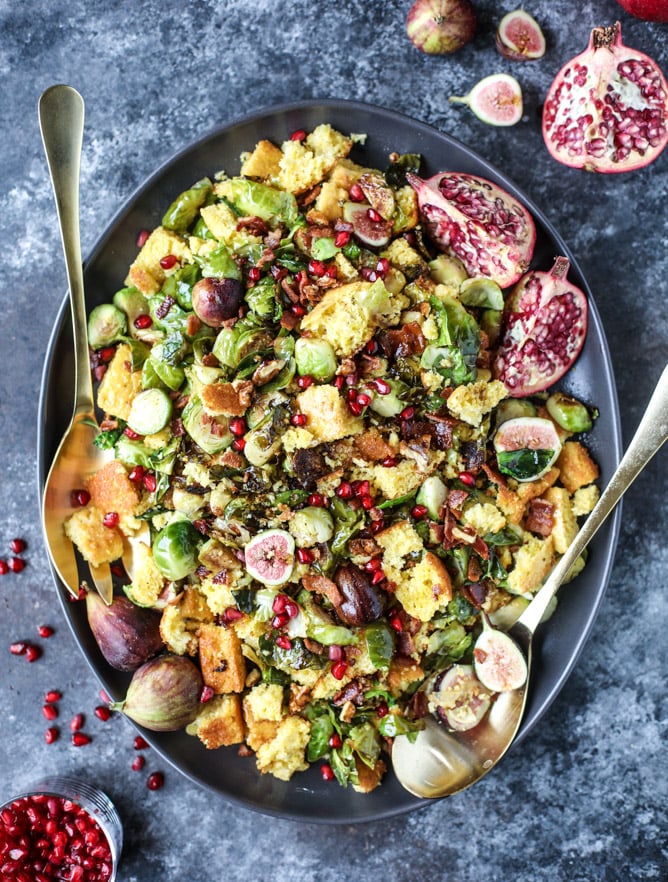 While I’ve made a million (okay, maybe three?) versions of a brussels sprouts salad on my blog over the years, this one is taking the cake. Or the bread. The cornbread! It makes me embarrassingly happy and the flavor combination is pure heaven.

Let’s get into it! 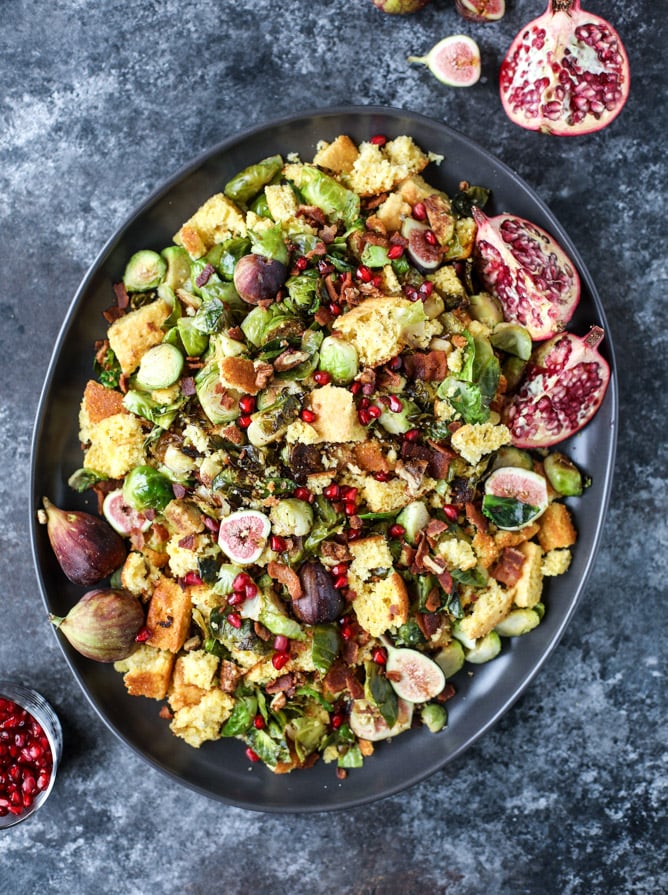 Panzanella with cornbread isn’t really a new thing over here. I made a black bean and cornbread panzanella yearssss ago (hello embarrassment) which is super good, even if it completely bastardizes the idea of a panzanella salad.

Yes I know it does. Sorry! But not really. 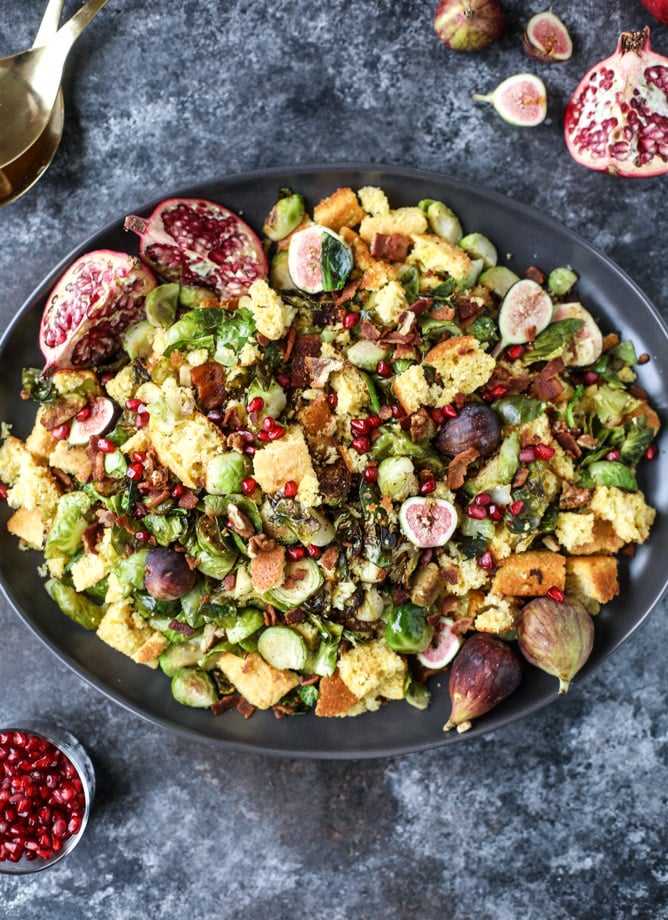 Like I said. The flavors here are unreal. Oh my heavens. Sautéed brussels, smoky bacon, slightly sweet cornbread, a pop of tart brightness from the pomegranate seeds. What else do we even need?

Nothing. We need nothing else.

Except maybe a cocktail and dessert. For sure.

Oh wait – fresh figs too! Yesss. They are the ultimate. If you can’t find them now (I just saw a few at Whole Foods last week), leave ‘em out! I wouldn’t replace them with anything else, because, hello, figs are irreplaceable.

This entire thing is drizzled with a pomegranate vinaigrette so there is that too. How much love can one salad get? 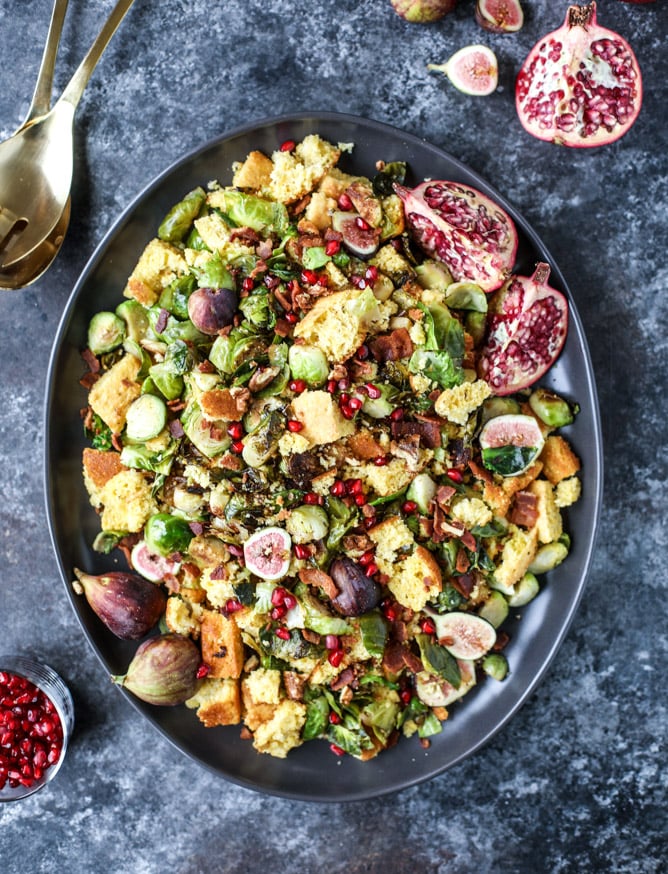 If you are a texture freak like I am, you will be alllll over this. I adore it for the crunch and the overall different bites we have going on. The cornbread is soft, the bacon is crunchy and the brussels fall somewhere riiiight in the middle.

And I love that it’s basically a fall and winter salad, so you don’t HAVE to limit it to the holidays, even though it makes a stunning side dish. I’ll be enjoying this through January and February too! 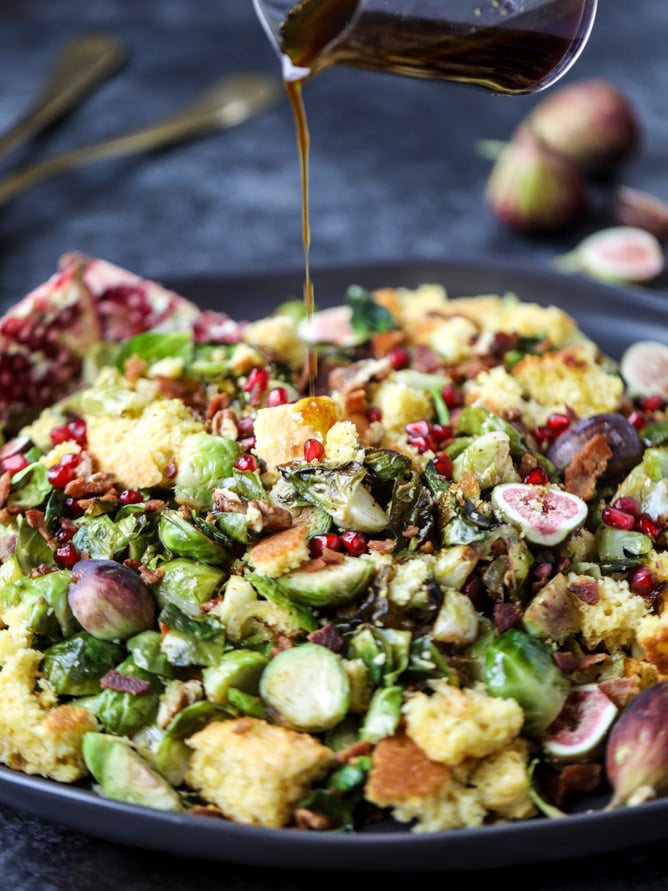 I told you guys that I am utterly in LOVE with my entire Friendsgiving spread this year, but this one might really be my ultimate favorite.

Ugh, I say that now, but wait until tomorrow. And then Friday. And then Sunday. WHY CAN’T I JUST BE A REGULAR PERSON WITH A REGULAR FAVORITE. 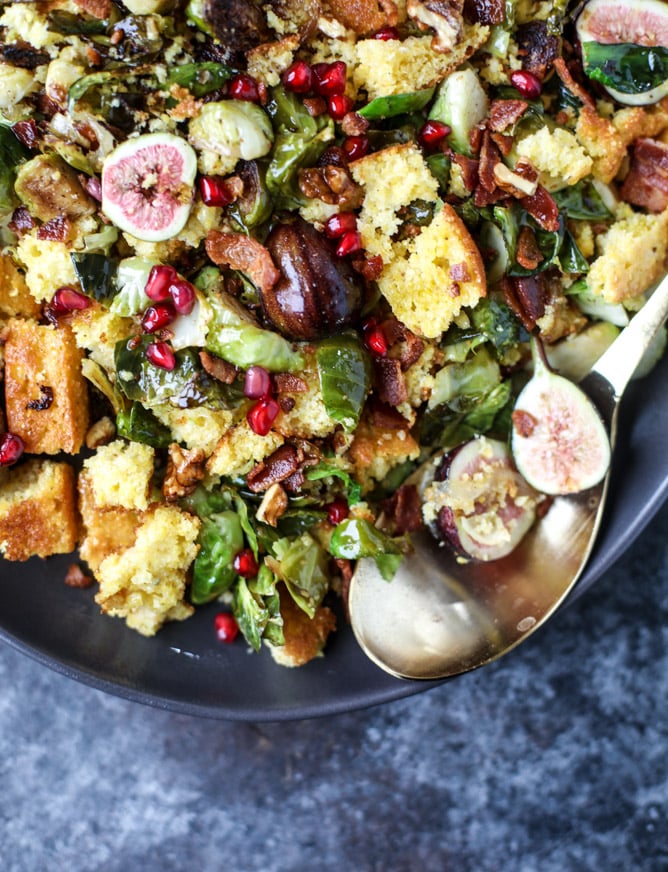 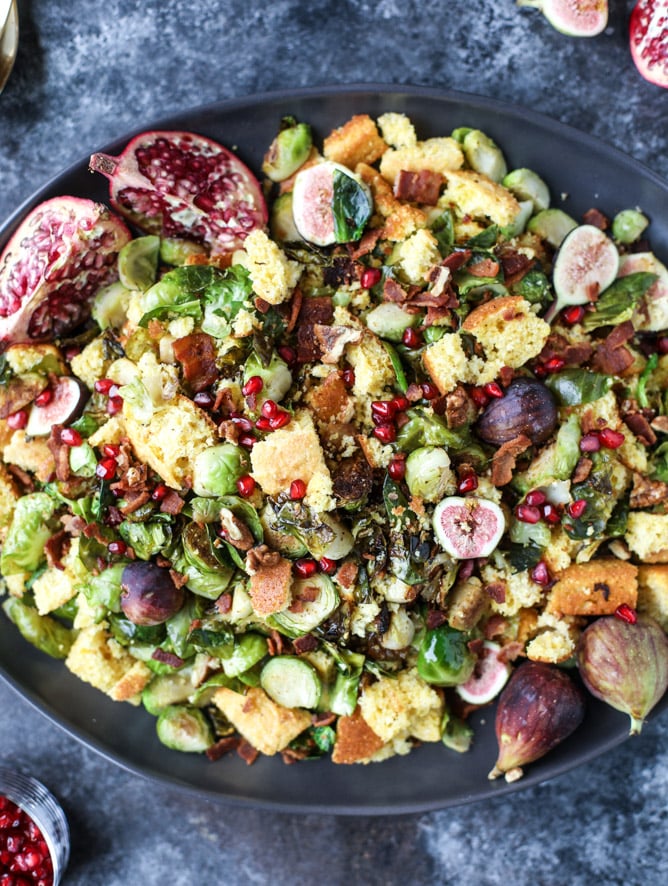 And it’s just the prettiest, right?!