I’m so thankful for the day that I decided to make focaccia bread. 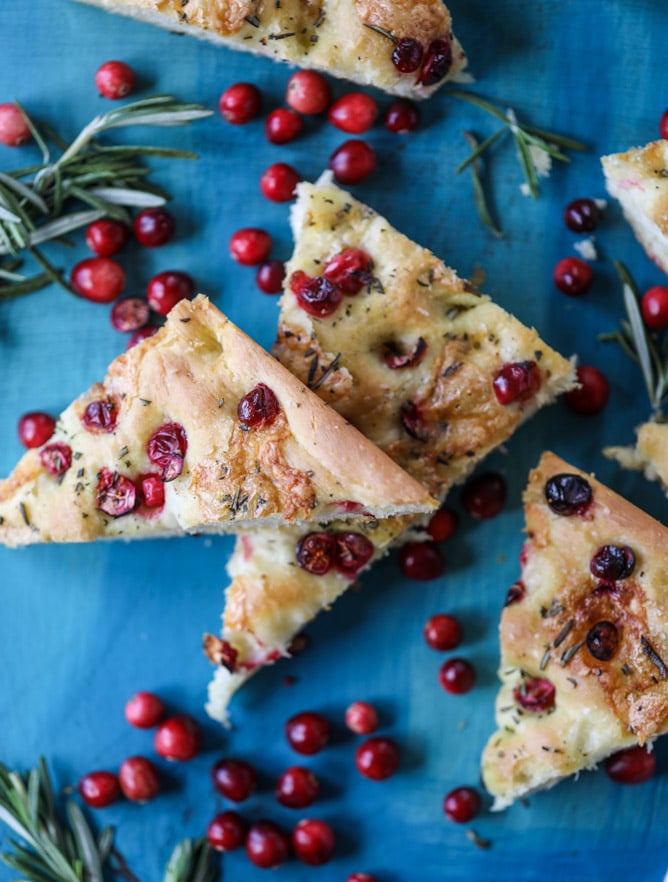 Yesssss. I am so serious.

Focaccia bread at home? HELLO. I am in love with it. In fact, as I write this, I have decided that I have to go make this recipe again, right this second. Immediately.

Give me a salad and focaccia and that’s all I need for my meal. WEIRD RIGHT. This is the most festive bread! We have fresh cranberries that are slightly sweetened and the creamiest brie cheese that melts into the bread and creates some golden bubbles. Rosemary too, because of the festive-ness of course.

Just wait until the next three weeks.

I went a little hog wild with the rosemary this year. How can you not in December? It makes all of your food look like Christmas and who doesn’t want to eat Christmas!? 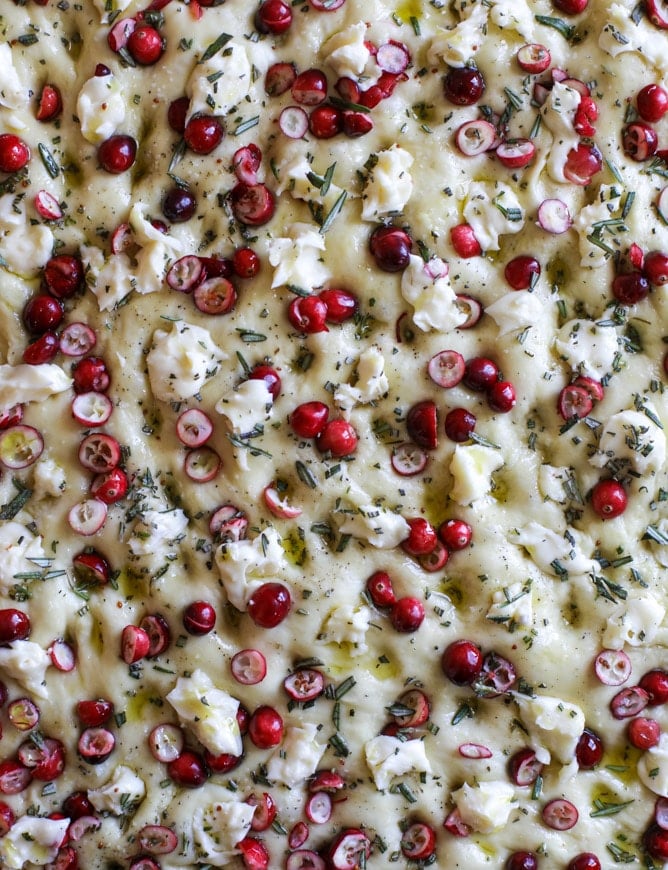 The best focaccia bread around me is at DeLallo’s and it’s just… so… soft and olive oil-y and salty. The texture and flavor and overall experience is so incredible that after eating a warm piece this past summer, I was adamant on making some at home. I knew it wasn’t that difficult, and it isn’t.

You can totally do it at home, I promise. You need a few hours (but it’s downtime!) so while you’re finishing decorating or cleaning your house like a psycho after a toddler tornado blew through (no idea what that is like), it can rise and bake. My love for THIS exact bread runs deep. First, the flavor combination is awesome. The cranberries are tart, the cheese is melty and creamy, the rosemary is strong and fresh. It looks pretty for the season and if you take it to a party you will be the most popular!

AND. Just FYI – don’t flip your lid at the amount of olive oil that is necessary to make this bread divine. I did a double take too, but TRUST ME it is necessary for that slightly crunchy outside and buttery fluffy inside.

Seriously, who doesn’t want a crunchy outside and fluffy inside?! bread base from food network 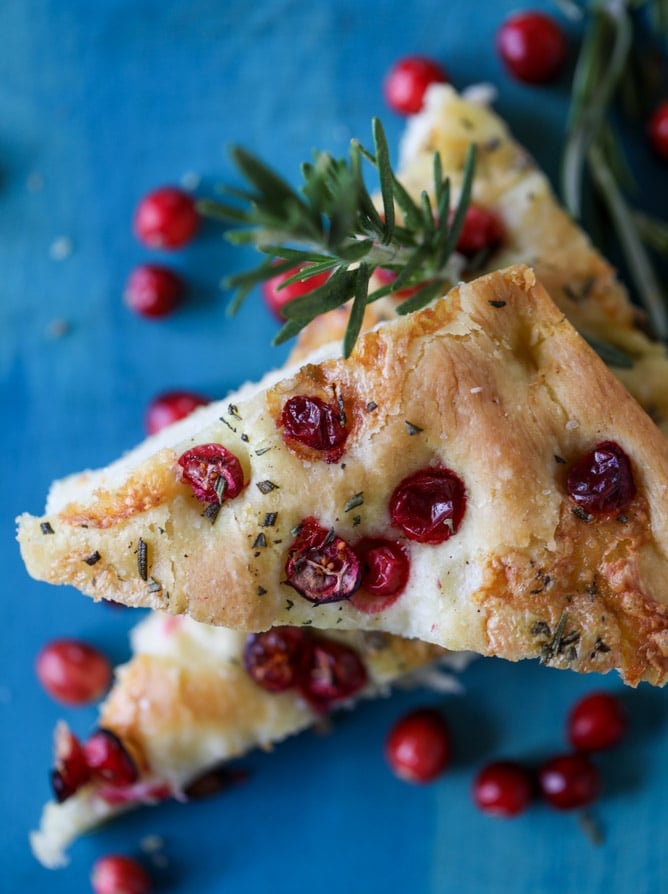 Flavor city, I tell you.