Yep we are DOING IT. Cereal milk cupcakes. A little take on Lucky Charms cupcakes! Which is actually a take on confetti cupcakes that have cream cheese frosting and all sorts of cuteness on top.

I wish it was appropriate to eat one every day! Ooooh I am so excited to tell you about these adorable cupcakes!

Last year I made a Lucky Charms snack cake with cream cheese frosting that never saw the light of day. I was disappointed with the photos but also disappointed with the cake (it was way too dense) so I scrapped it at the last minute. For this homemade pub cheese spread. Which is, um… also amazing! 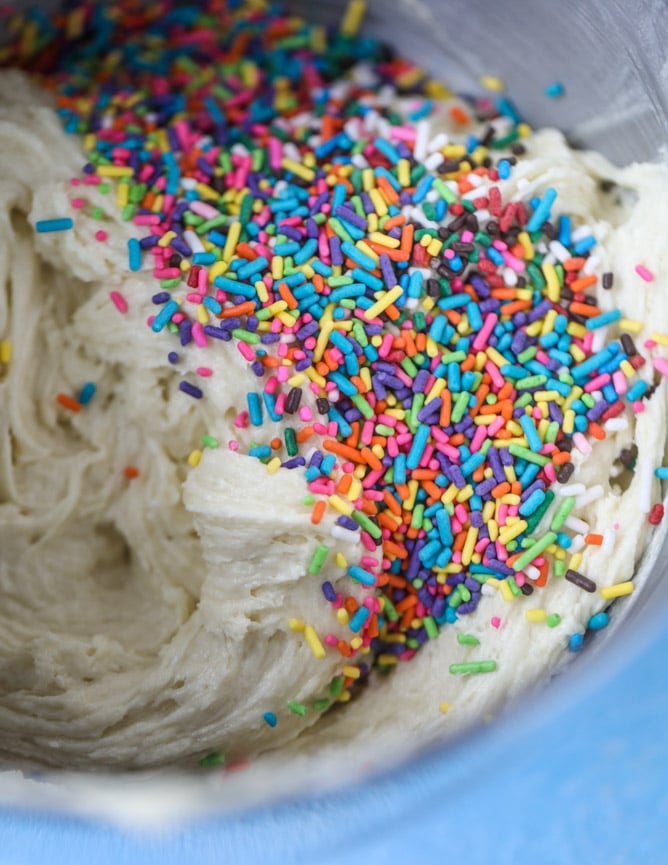 Anyhoooo. I wanted to redeem the cereal milk cake. I knew it could be fabulous and also super cute for Saint Patrick’s Day weekend! 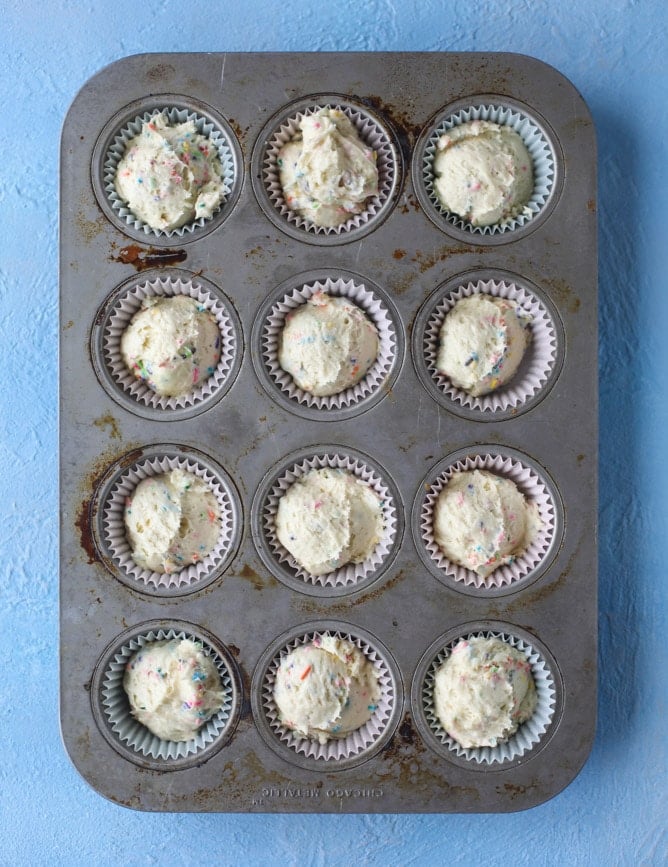 Here’s what went down:

First, this confetti cake recipe is the one from Seriously Delish – the one I used to make Max a little smash cake! I really love it. It’s SO deliciously vanilla-ish. I used the cereal milk in the cupcakes and a touch in the frosting too. Also, I’m having a huge moment with cream cheese frosting. Can’t help it! It’s so freaking good, so I used that here. With some serious Lucky Charms crumbs on top. Every year I like to share some sort of obnoxious recipe made with Lucky Charms. I’ve done this one bowl chocolate whiskey cake, this lucky charms shake and lucky charms chia pudding (p.s. use the extra cereal milk in this recipe for that!). Even though I don’t have much desire to eat a bowl of said cereal, the marshmallows are just too fun to pass up. 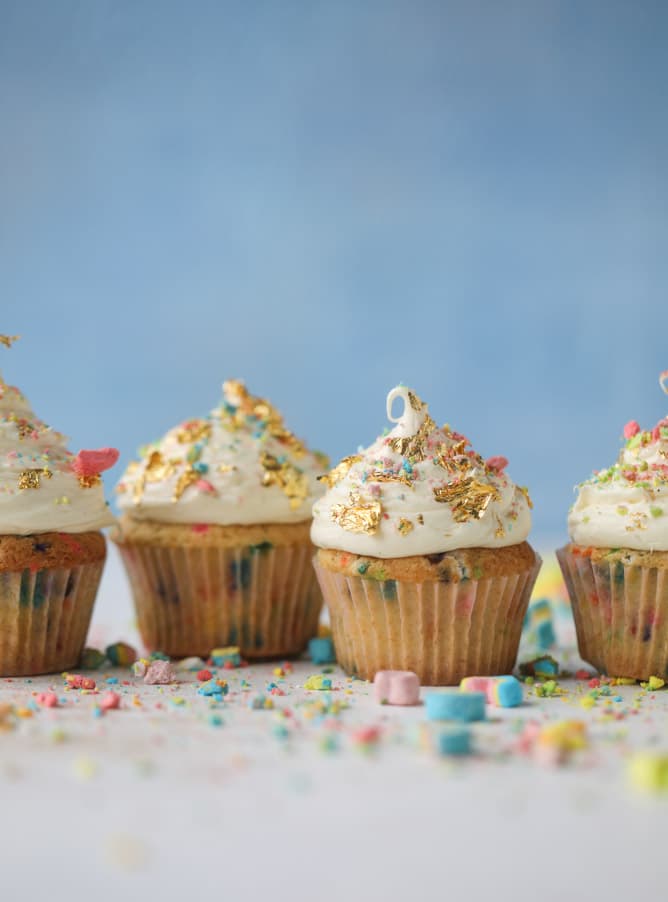 Oh and I used more gold leaf on these cupcakes since I’m out of control. I can’t stop with the edible gold leaf! It’s adorable and fun and makes everything feel so fancy. You can pile on as much frosting as you want. I love the look of an adorable frosting-overloaded cupcake but in reality, this is not for me because it’s too much frosting! I just want a small layer  – so if you do that, you’ll have lots of extra. Throw it in the fridge or freezer and then maybe sandwich it in between some chocolate chip cookies.

So now we can all have sparkly gold sprinkled mini cakes. All the exclamation points are very necessary. 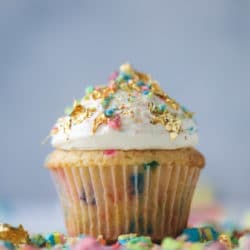 So I know what I’m making next weekend. A biiiiig double batch of these babies!