Never did I ever think I’d share a recipe using canned tuna on my site. But here we go! This green goddess tuna is one of my new favorite things. So here’s the thing. I grew up eating tuna quite a bit for lunch. My mom and I absolutely loved it (however, I could do without her chopped celery in there, thankyouverymuch) but my brothers and my dad we’re super against it. This means that she would occasionally make it for lunch and it was all ours!

I almost always ate mine on toast, but crackers made an appearance too. I never took tuna in a school lunch or anything, but on a weekend or summer, it was fair game.

And then! Maybe in college or something – or after one particularly horrific experience with tuna noodle casserole – I took a long tuna hiatus. Tuna wouldn’t reappear until my 20s when I realized that I actually really loved it if it was doctored up properly. 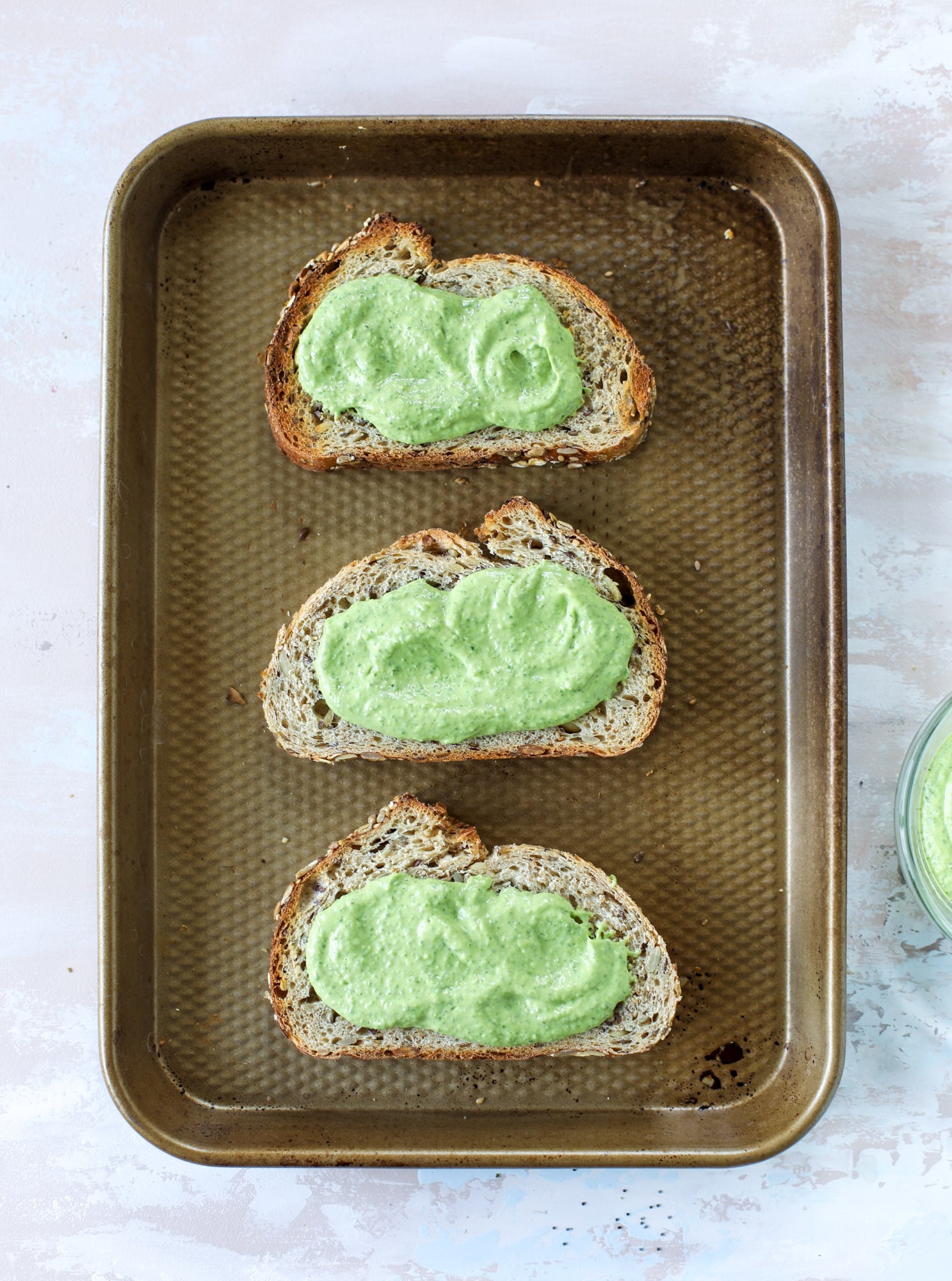 The way that I love it the most now? Mixed with olive oil and herbs and either stuffed in a pita or strewn throughout a salad. I am no longer a mayo hater, it’s just not my favorite way to consume it at the moment.

The green goddess dressing? From The Pretty Dish? That so many of you are freaking over – that comes with chicken salad? WELL. 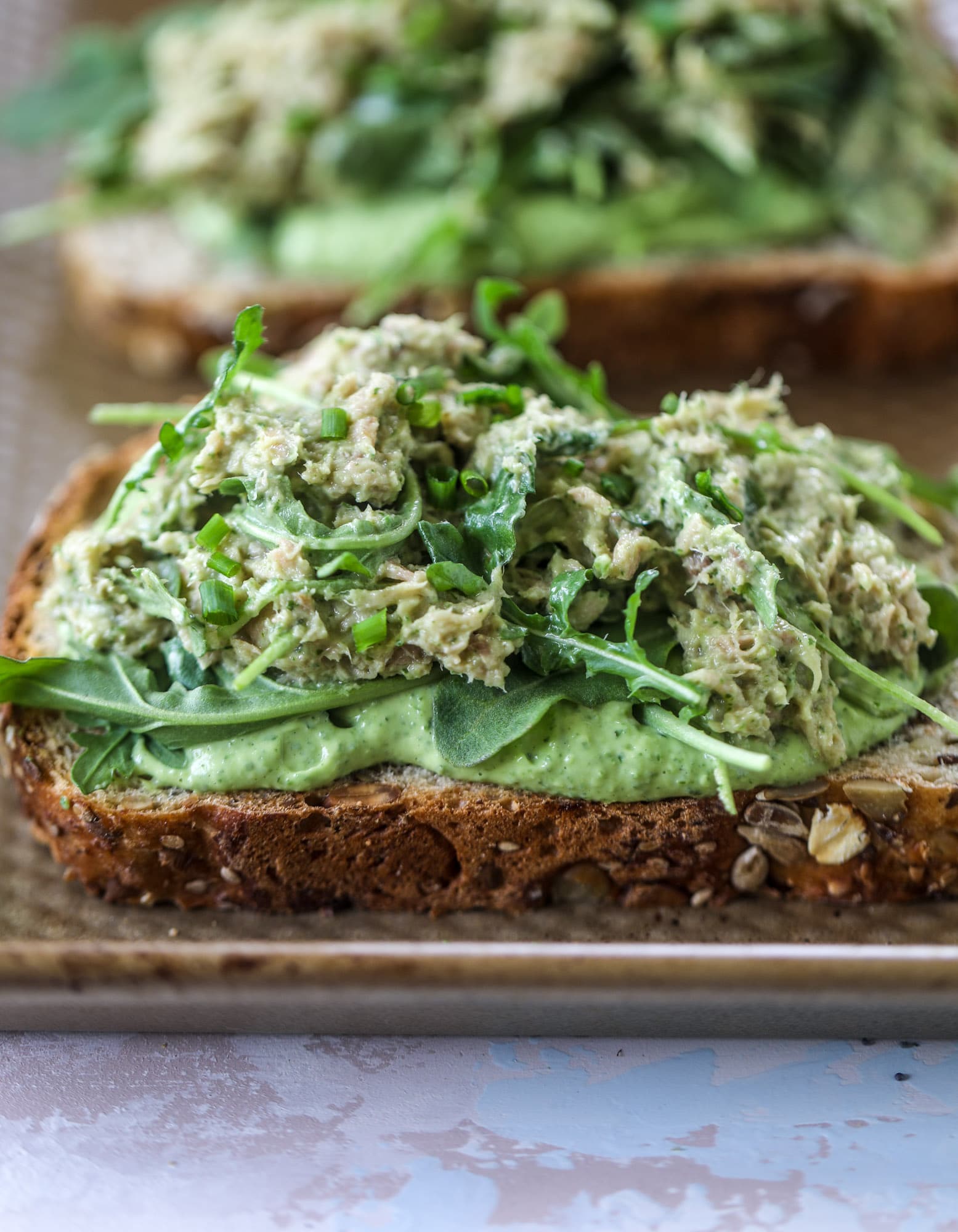 This green goddess dressing is everything because it’s made with yogurt AND avocado. Tons of fresh herbs, some spinach – it’s basically a delicious powerhouse. You’re going to have extra dressing, so keep it in the fridge for the week. It’s incredible on chicken and fish, used as a veggie dip – all sorts of things.

The weird thing is that growing up, we never made tuna melts! Only tuna sandwiches. Which is insane, given our freakish love for all things cheese. How is that possible?

I’ve changed that all here, so now we live in melty bliss.