I’ve got your summer chicken! 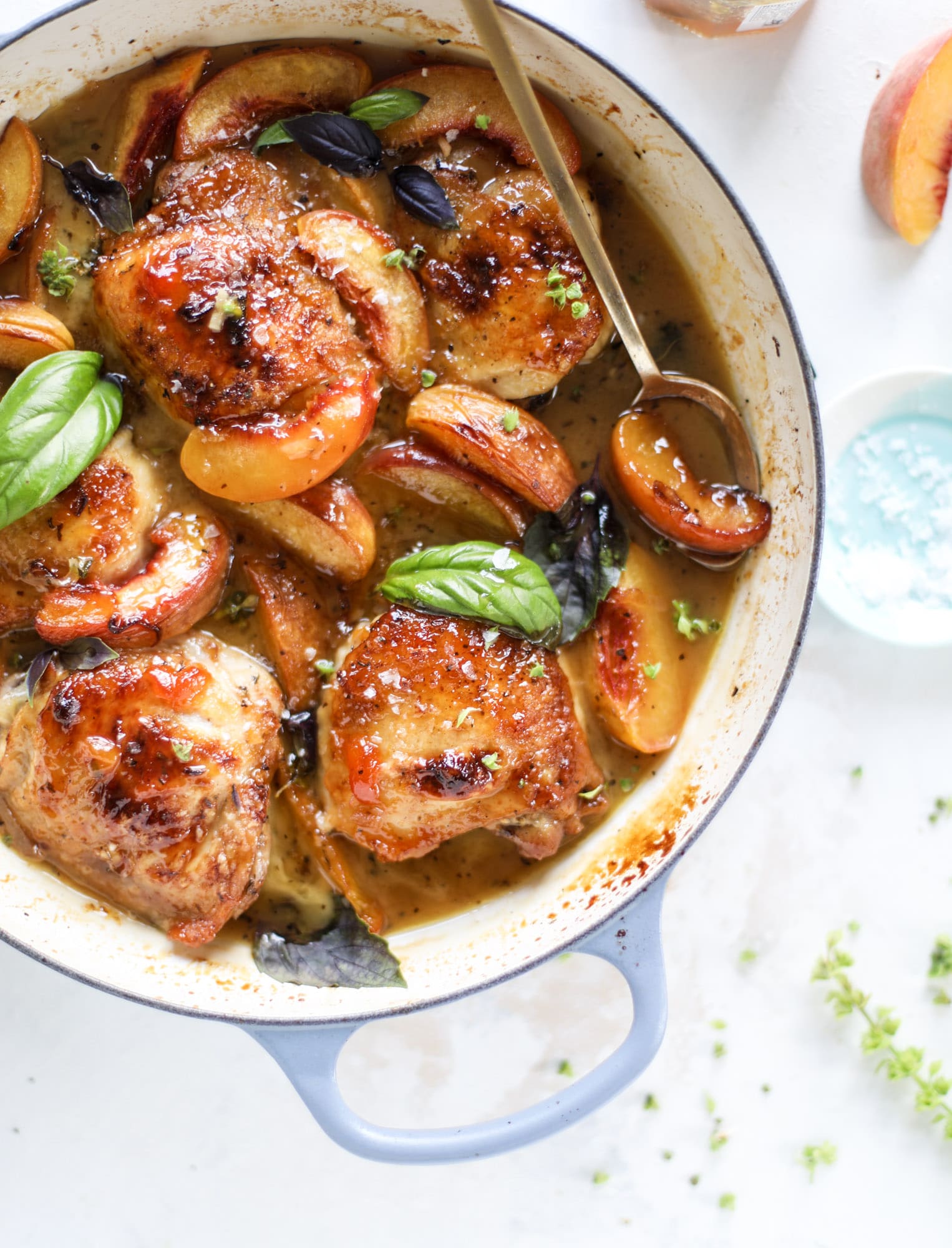 Don’t freak out! This one pot chicken is not as scary as it sounds.

Admittedly, when I sent a photo of it to Eddie and asked if he’d eat it for dinner, he was like … well it looks better than it sounds.

It DOES look better that it sounds. 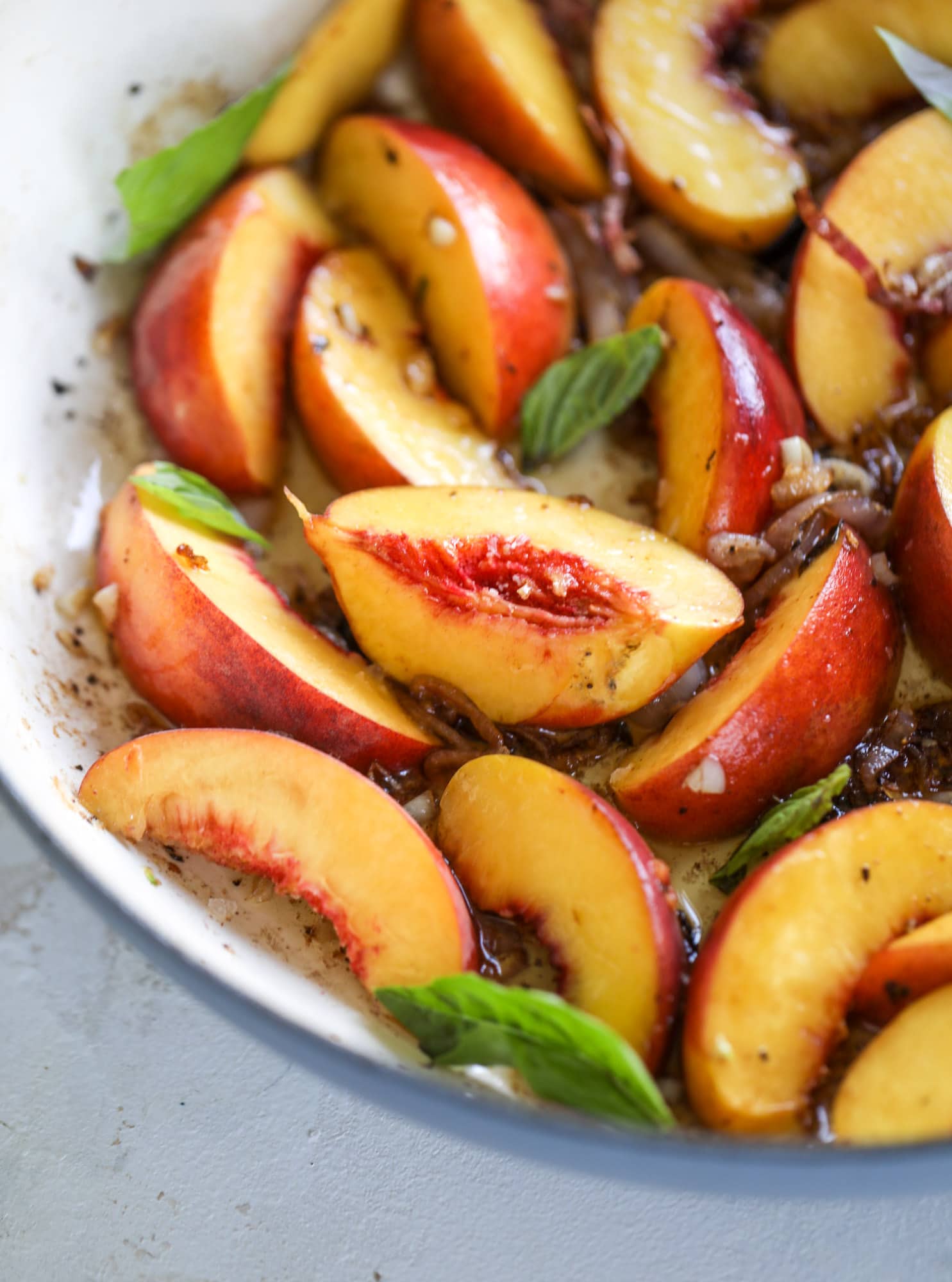 And it tastes better than it sounds.

I probably wouldn’t order any sort of peach chicken off of a menu without seeing a photo first. Something with peach salsa? Yes. All over that.

But peach chicken doesn’t sound like something that the majority of us would eat.

That I had to buy because I’ve mostly killed what I planted. 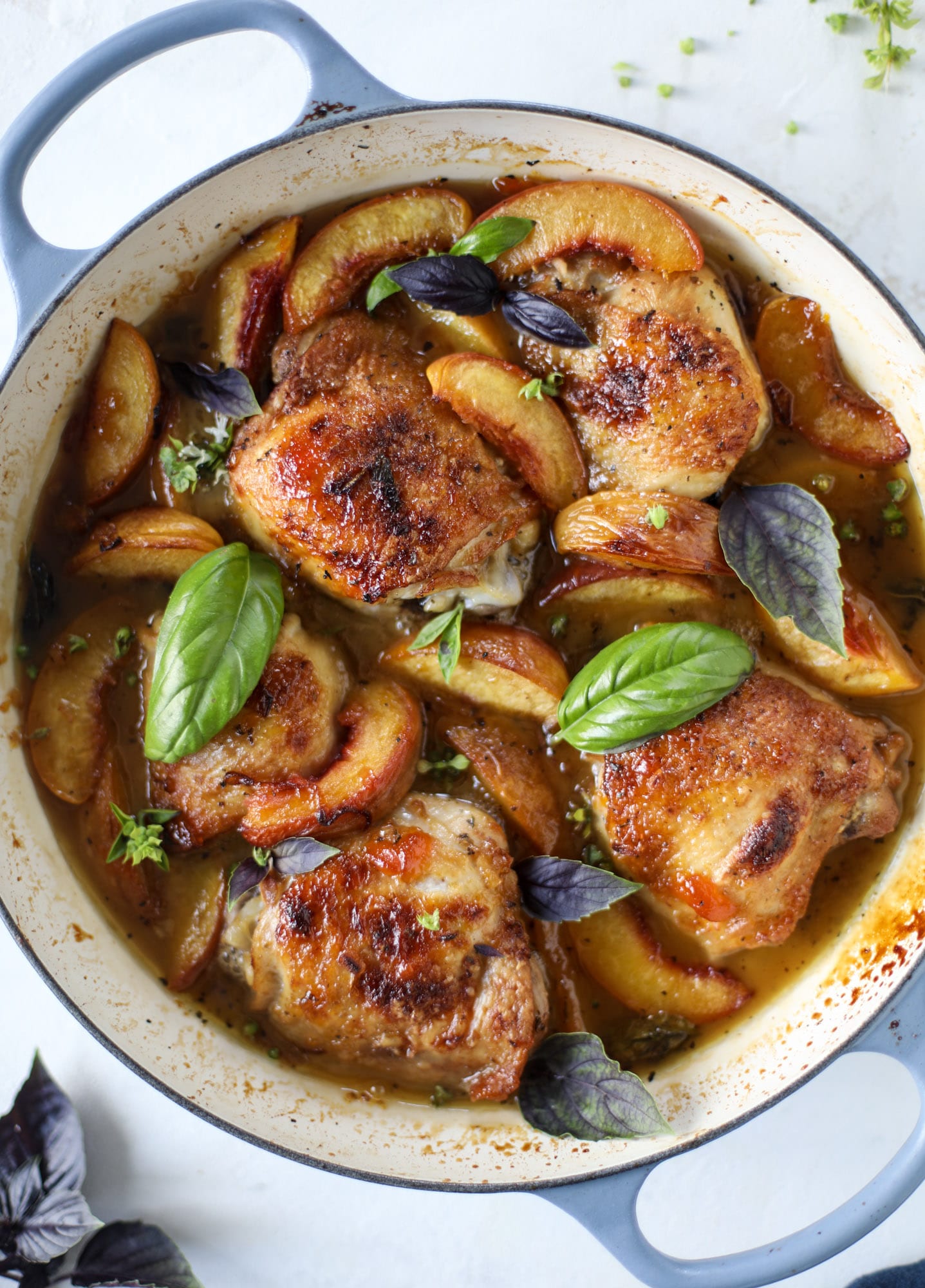 AND. Can you guys believe that this is only the second chicken recipe that I’ve shared this summer? And it’s only the third I’ve shared since April! Mind blowing, considering Eddie eats chicken multiple times per week. And I’m allll about the non-boring chicken recipes – it’s the only way I can do chicken. 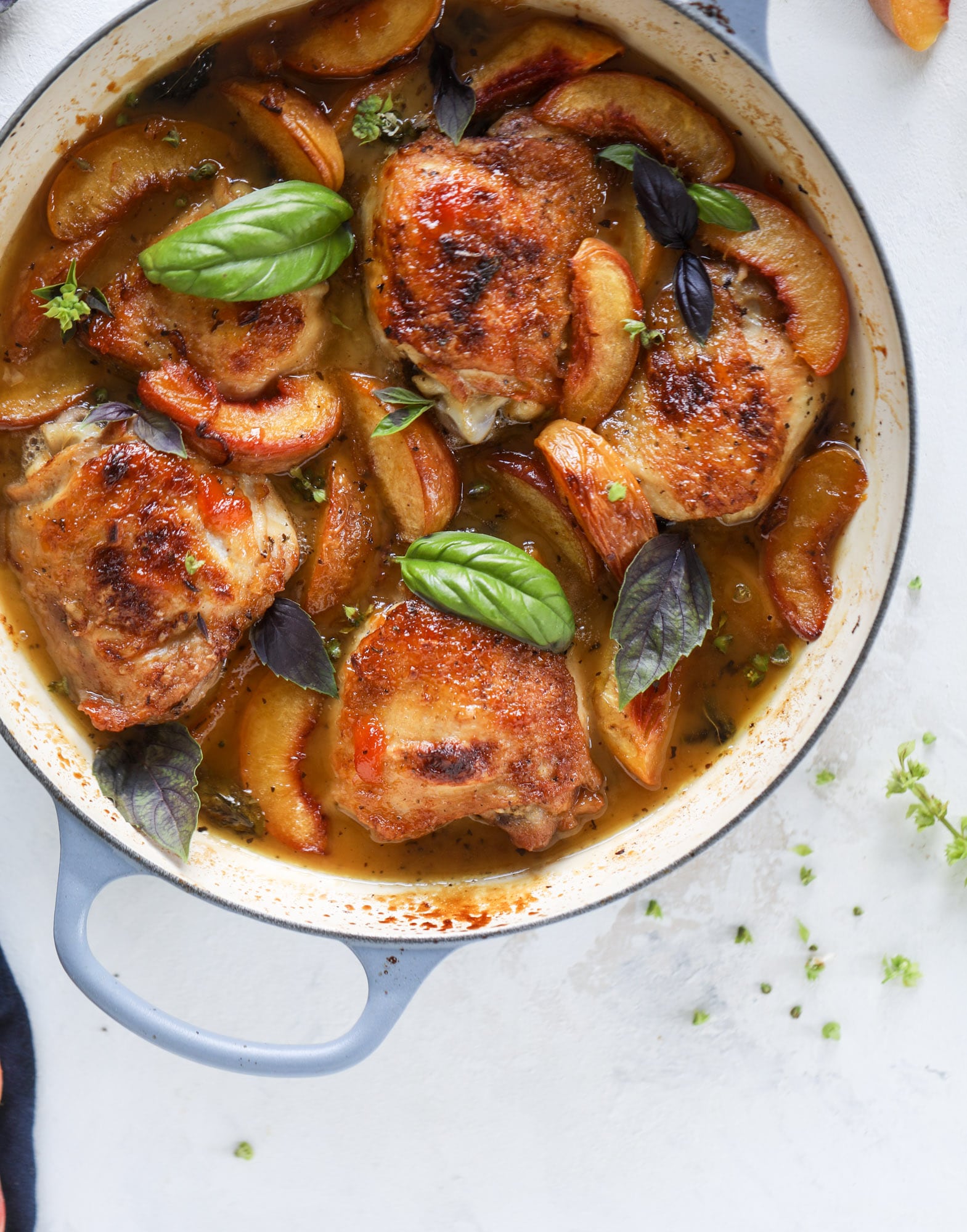 This chicken was such a pleasant surprise. I was surprised. Eddie was surprised. He loved it more than I expected. He almost took down this pan on his own – no shock, but still.

Initially, I wanted to do some sort of twist on apricot chicken, the version where preserves are used. I’m all about the sweet and savory flavor combo. I also used sherry wine because it’s just so… rich in flavor. You know? Plus peach preserves? Ooooooh my gosh. I could not get the idea out of my head. It sounded so incredibly delish. 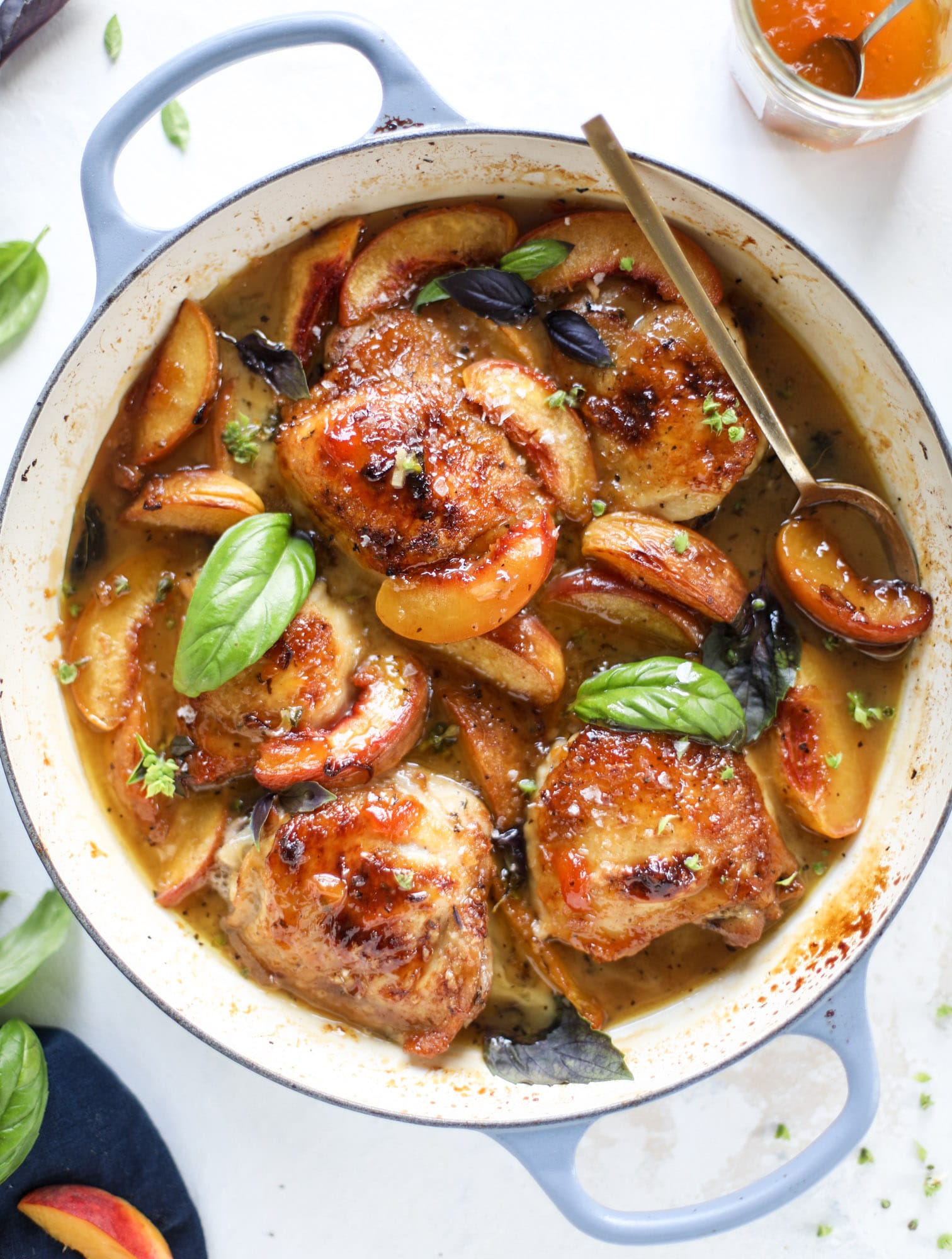 With a combo of dried and fresh basil, fresh peaches and preserves, it makes the best summertime dish.

Oh also! You could totally do this with pork chops too. My mom always makes the best boneless pork chops, but either version could work here. Sear them like you do with the chicken, then bake in the oven until done. 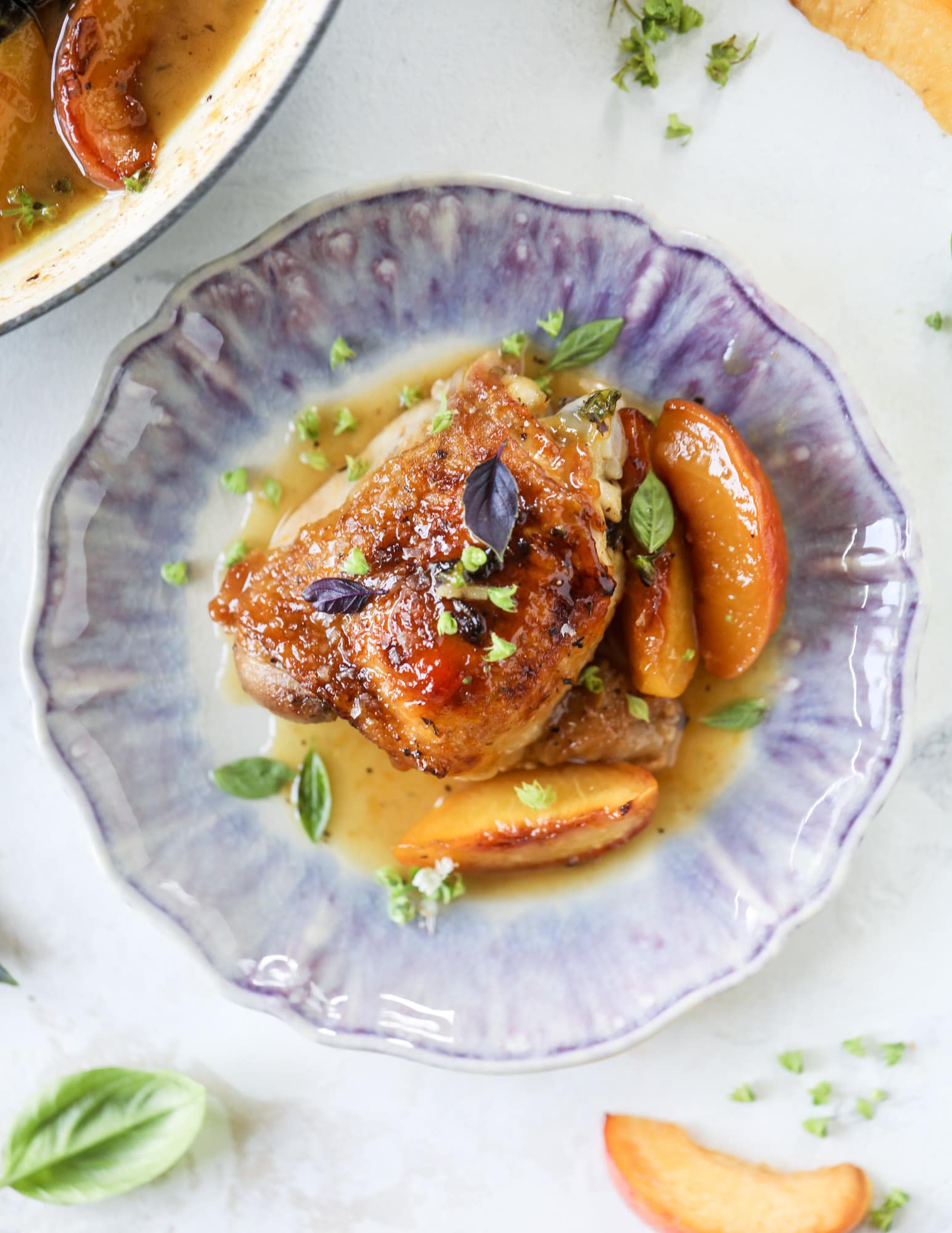 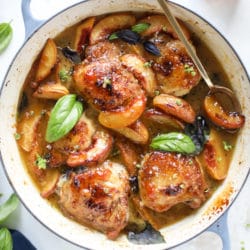 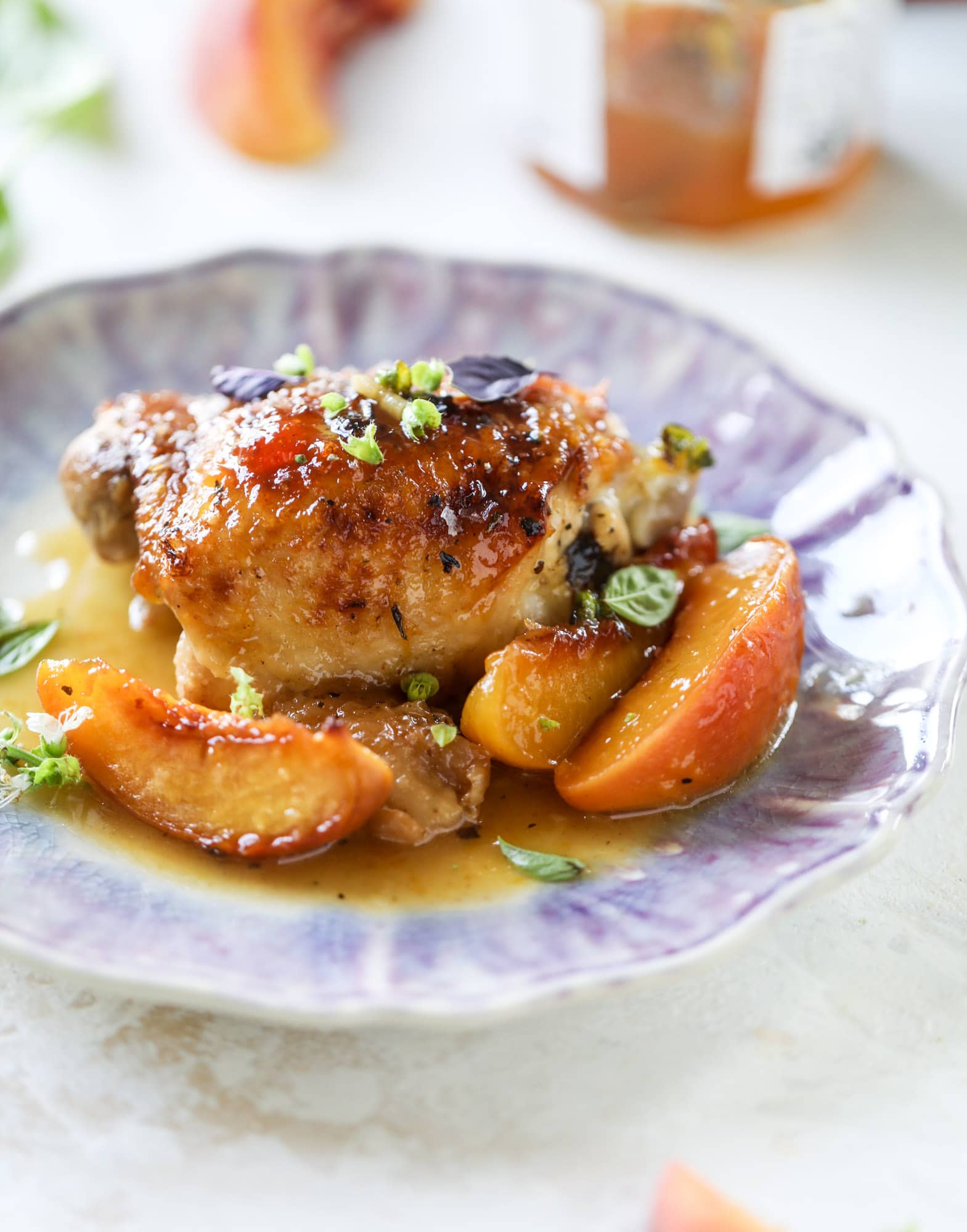 Definitely need some grilled bread for that sauce.