The Most Insane Brussels Sprouts Gratin.

The photos are not going to do this brussels sprouts gratin justice. 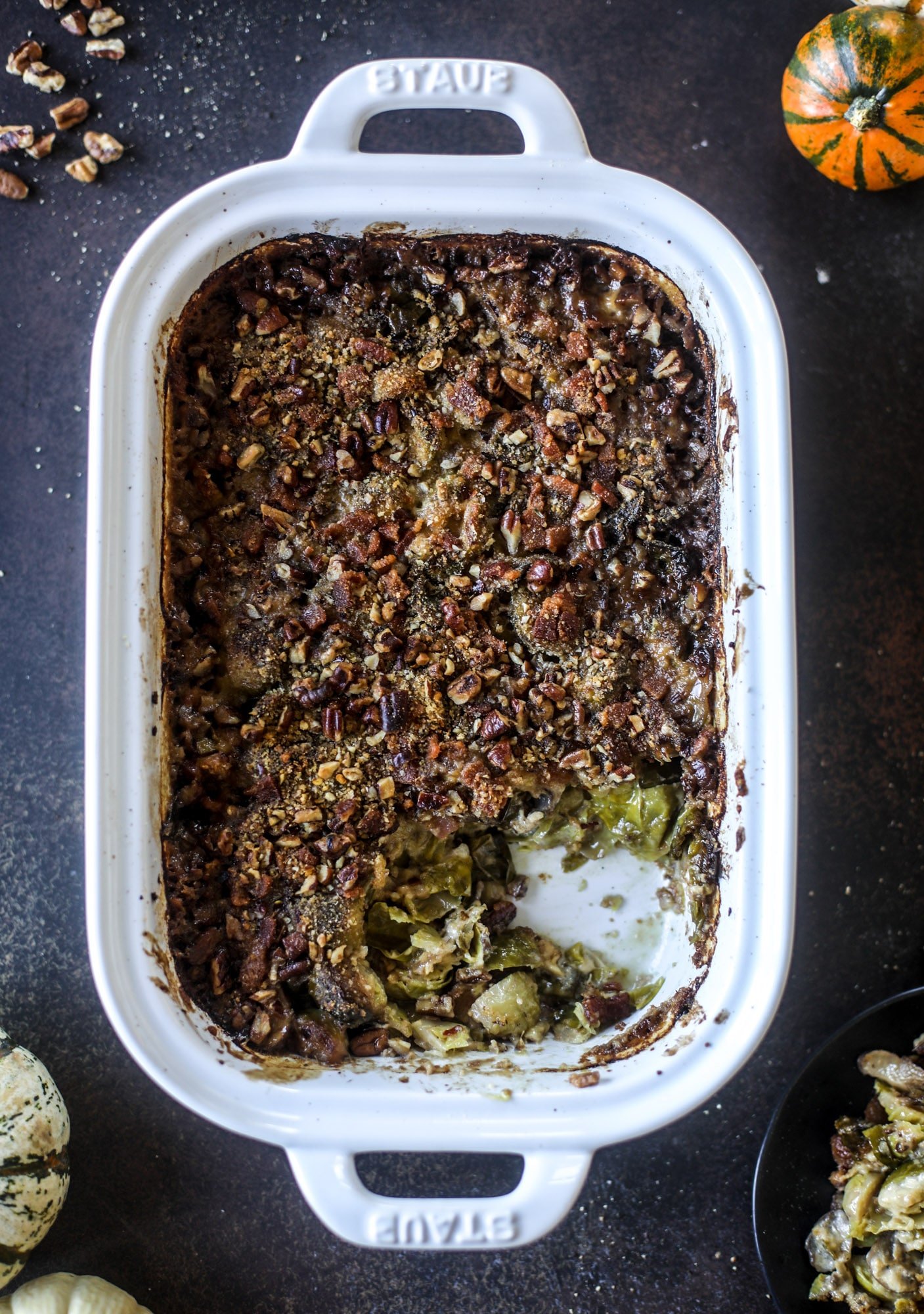 Oh no they aren’t.

If you make these creamy, cheese brussels (that also have crunchy pancetta, OF COURSE), and then attempt to take a photo? You’re out of luck.

First, everyone is going to start eating it immediately because it will smell like pure heaven. Ridiculous. I mean, this smells SO delicious while it’s cooking.

And second, brussels sprouts in creamy cheese sauce do not one attractive photo make. You’ve been warned! 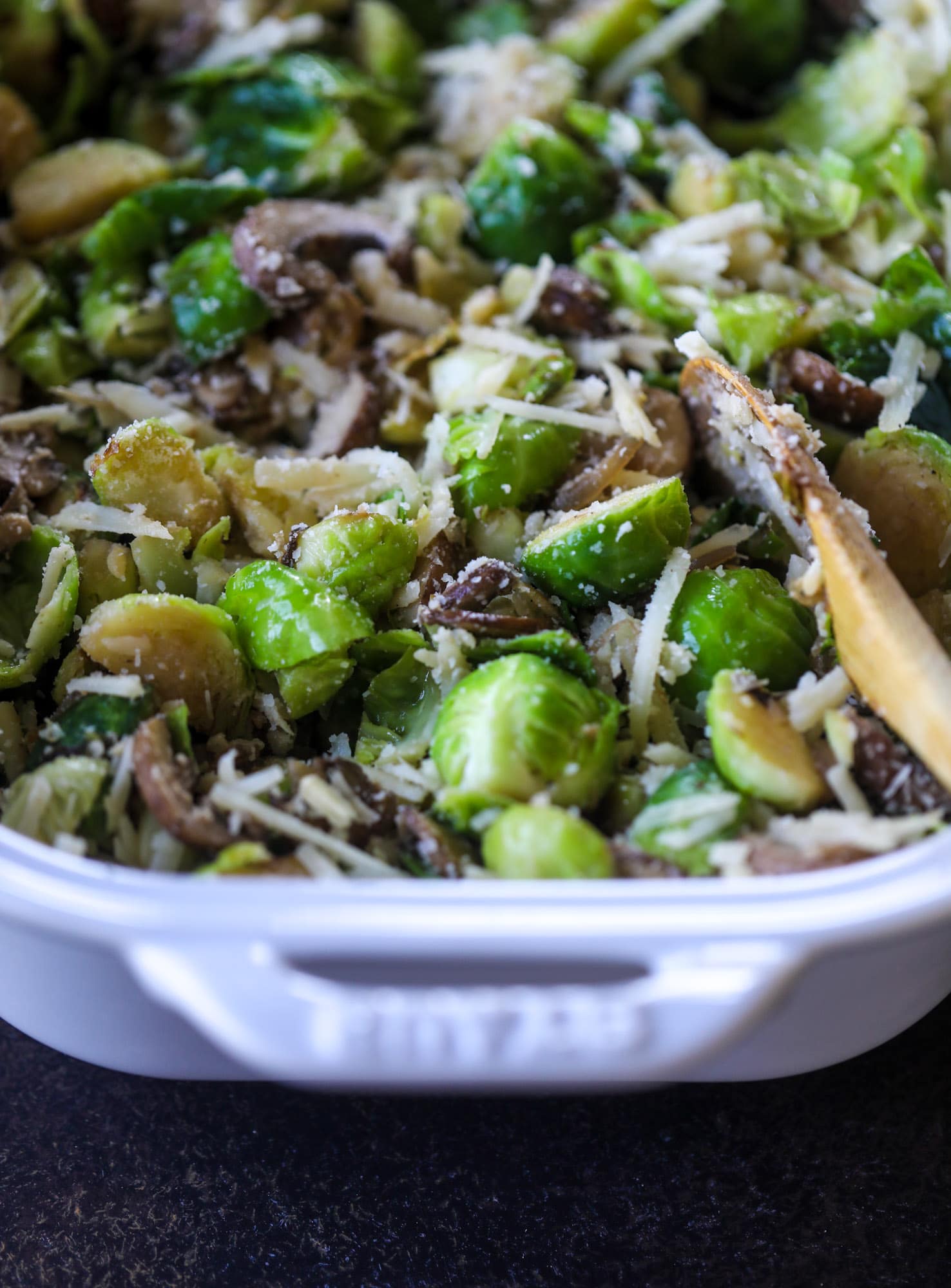 However, I’m hoping I can convince you otherwise.

The brussels sprouts gratin in my kitchen is now a permanent staple on Thanksgiving. 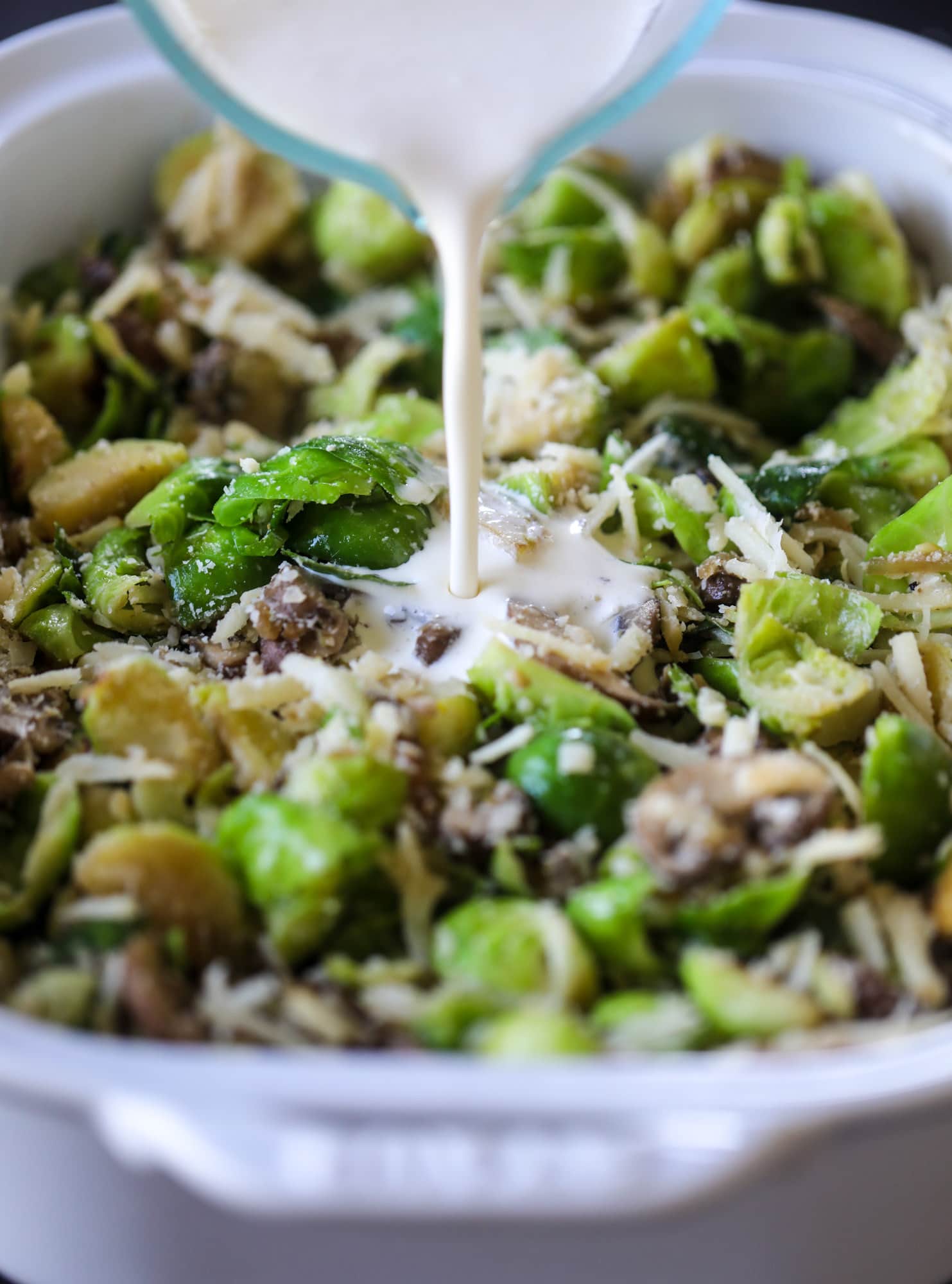 I don’t need potatoes in a cheesy cream sauce either, but that’s never stopped me. 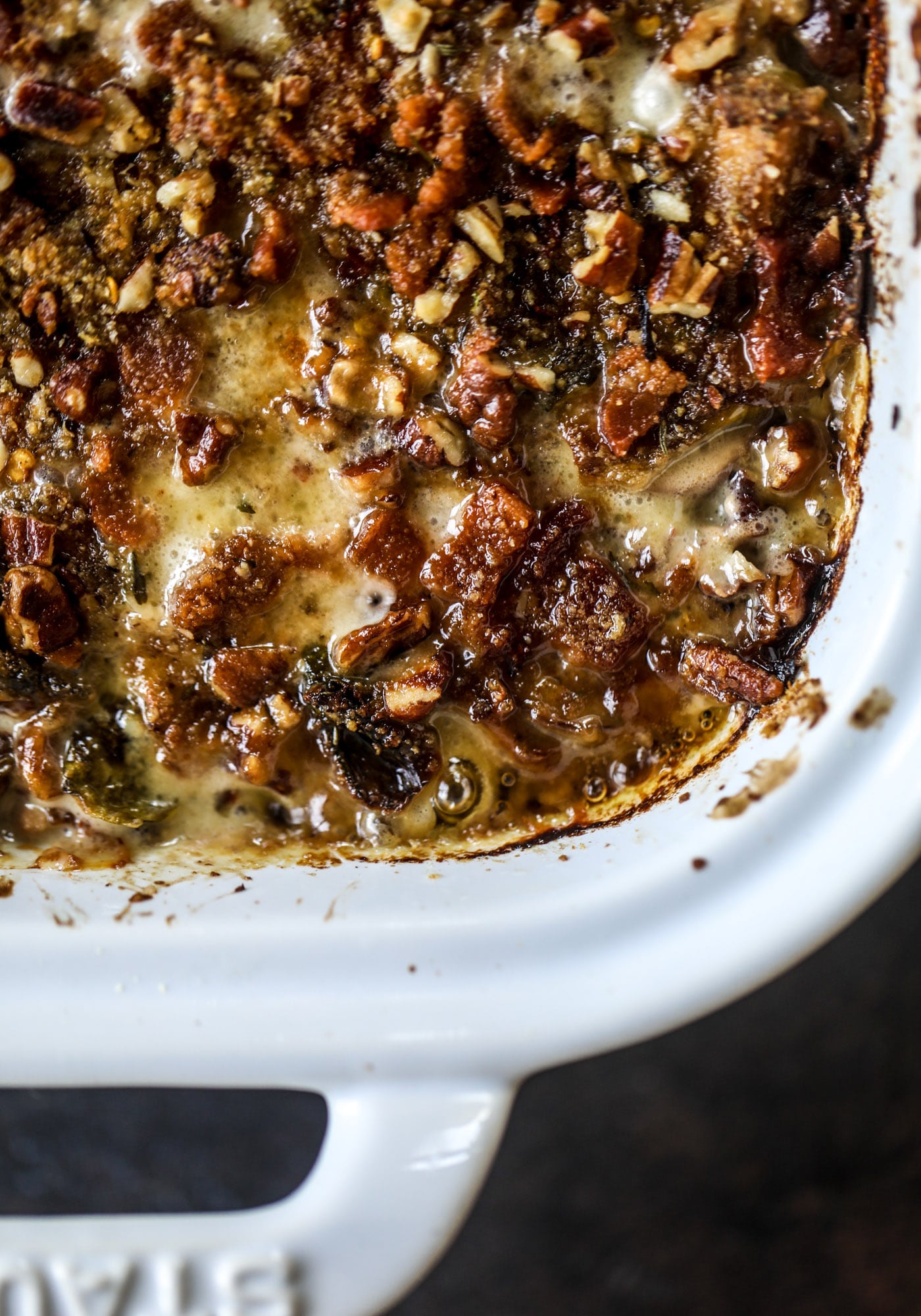 Look at this as just another fabulous way to eat this green vegetable that freaks everyone out but that really tastes GOOD.

And that’s the only way I can describe it! Good. Really freaking good. Mouth-watering good. It has so much flavor that you’re actually in shock as you’re eating it. 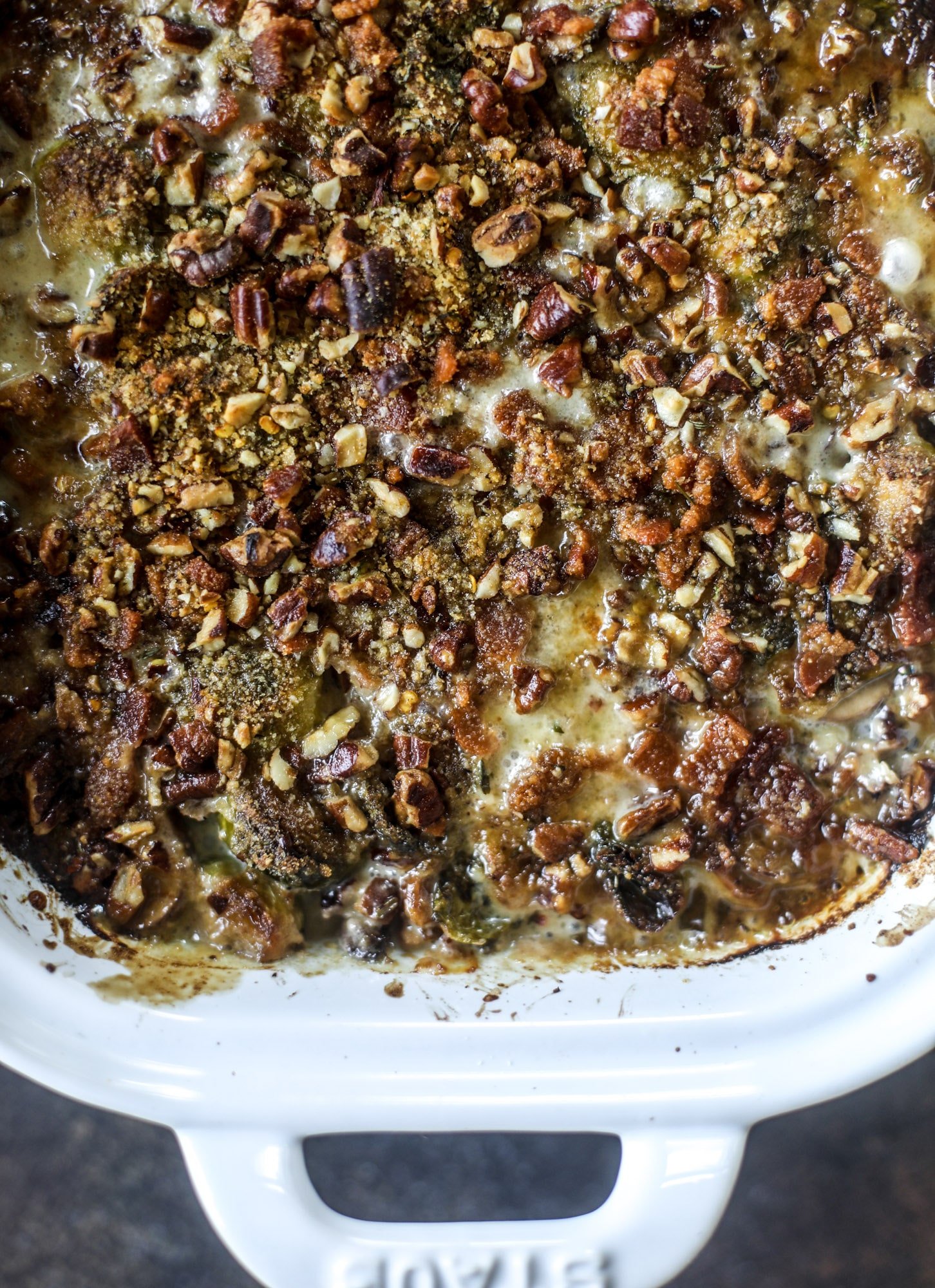 I used the base of this recipe and added mushrooms. For some reason, the thought of adding mushrooms sounded incredible to me. I knew they would add some meaty texture and make brussels gratin even more satisfying and flavorful. SO glad I was right. 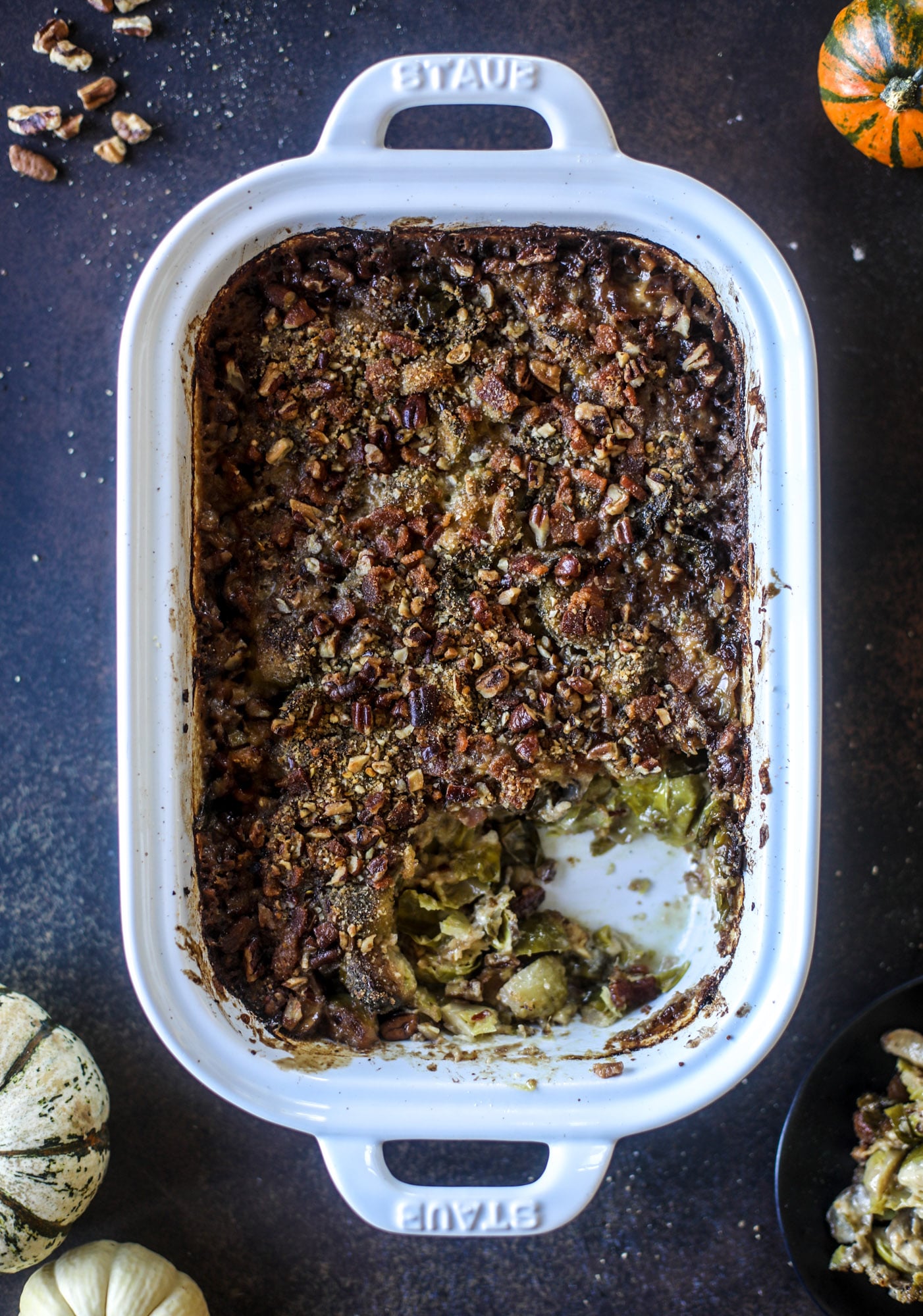 You can make this ahead of time!

Honestly, you can bake the entire thing a few hours (or even the day before) and it will still taste fantastic. I personally wouldn’t go that far, since some of that crunch on the top will disappear when you do that. But! I would make everything up until the point where the brussels are in the baking dish and ready to go. You can even toss in the cheese and refrigerate it all. Before baking, whisk together your cream mixture and pour it over top.

No really. This is a brussels sprouts gratin you do NOT want to miss. 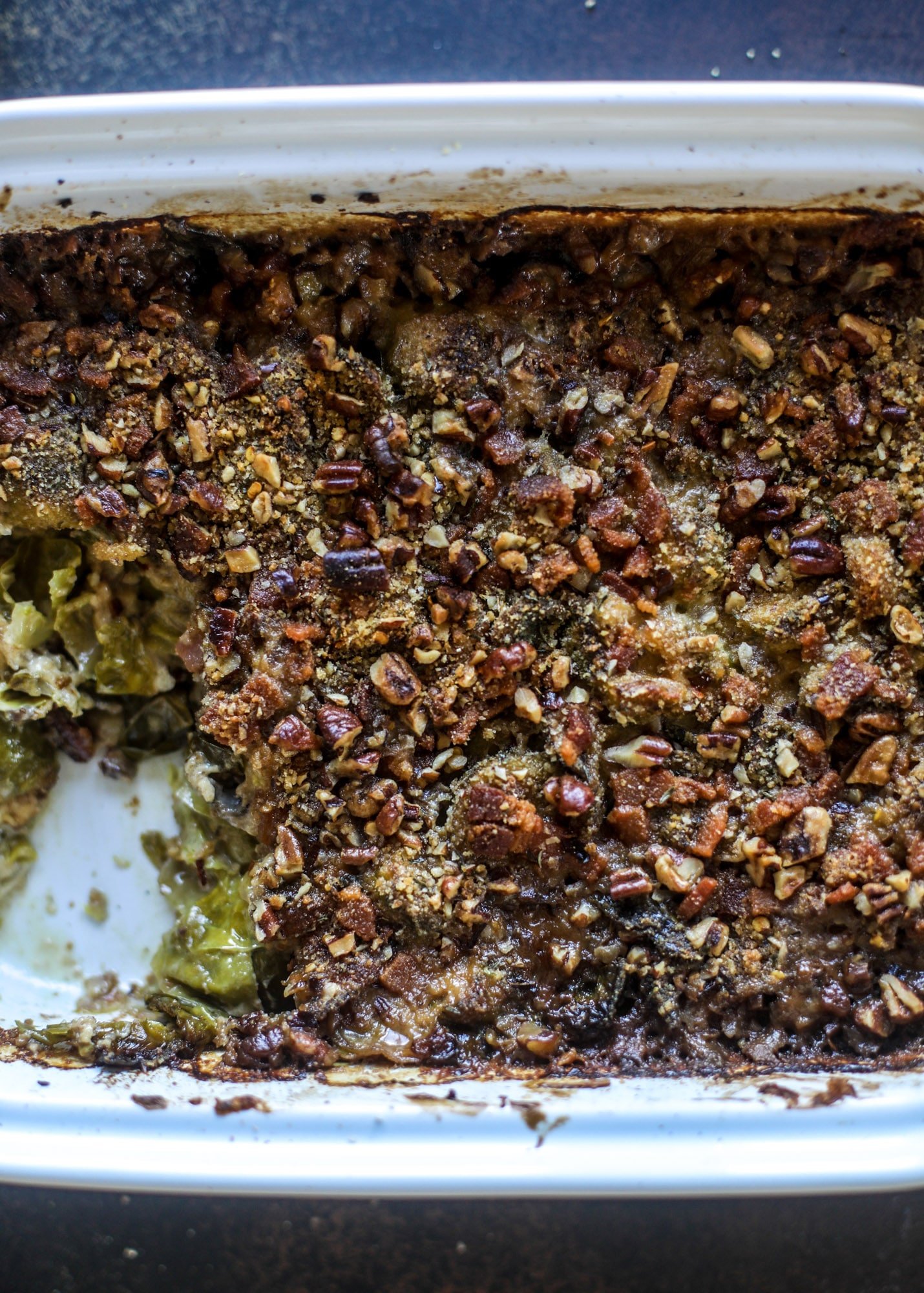 The Most Insane Brussels Sprouts Gratin Yield: 10
Total Time: 1 hr
This brussels sprouts gratin is heaven in a dish! It's super flavorful, delicious and comes together to create a fabulous side dish for Thanksgiving or the holidays. Pancetta and cheese turn this in to flavor town - you won't be able to stop eating it!
Print Recipe Pin Recipe
5 from 15 votes
Leave a Review » 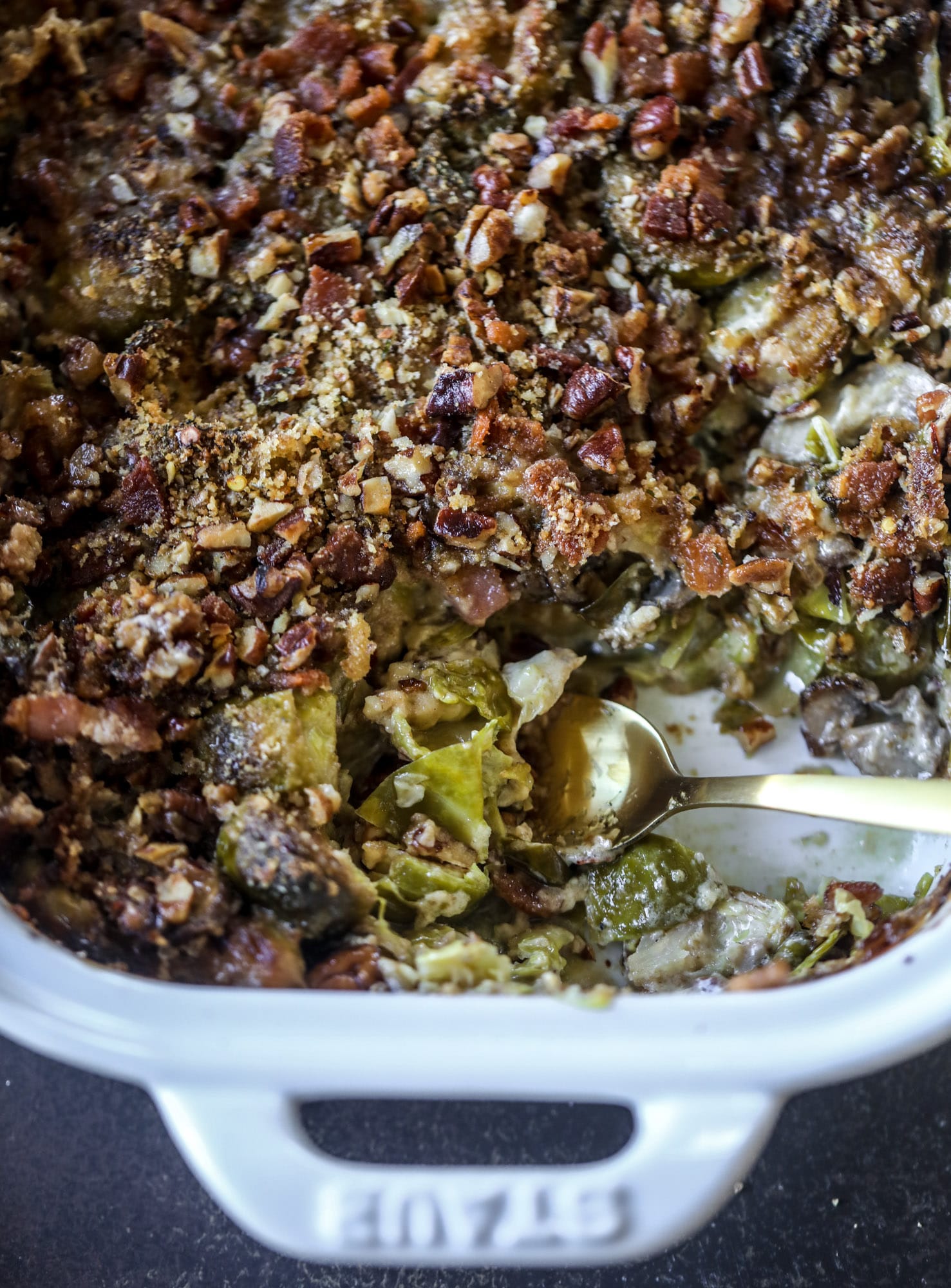 It’s the most flavorful ugliness ever.

33 Comments on “The Most Insane Brussels Sprouts Gratin.”