Put something pink on a tuna melt and I’m bound to eat it. Even though I have always been a fan of tuna. Always!

While my brothers would turn their noses up at it when we were kids, I loved it. My mom would make tuna sandwiches often and the only thing I’d complain about was the celery. I wasn’t into hot tuna dishes (like tuna noodle casserole, no thanks), but cold versions of the salad? I probably loved it too much because I ended up avoiding it for years. And I was actually super picky about tuna. I would NEVER order it somewhere because I didn’t love mayo, and those creamy salads had so much of it that I couldn’t stand anyone else’s version but my mom’s.

Once I got older and started cooking on my own or preparing lunches for work and stuff like that, I started eating tuna with olive oil and herbs. That’s how I really loved it.

Anyhoo, I already told you all about this!

I’m the most broken record to ever exist. A few weeks ago we had lunch at Mediterra and this sandwich was inspired by their grilled tuna melt. It was SO good. No mayo, tons of flavor and lots of texture too. It was exactly what I wanted. Lacy and I split that among a million other things. Max ate a coconut pancake. Emilia ate an almond butter sandwich along with bites of anything (and everything) she could grab.

We had coffee and my mom had hot chocolate and Max ate three or four desserts. I can’t remember.

Needless to say, we were huge fans. Tuna melts can be rather polarizing. I mean, tuna in general can be polarizing, especially if it’s not ahi.

So it might be crazy that this is the second version of a tuna melt that I’m sharing in one year. But! Those green goddess tuna melts were one of said creamy versions. Tuna with olive oil is something I make myself for lunch often though, so it had to be done! Plus, since we all look for new and improved lunch ideas, I figured why not.

That’s why this exact tuna melt may be more of a weekend lunch or even a quick weeknight dinner, but either way, it’s deeeelish.

A fancified tuna melt, if you will. 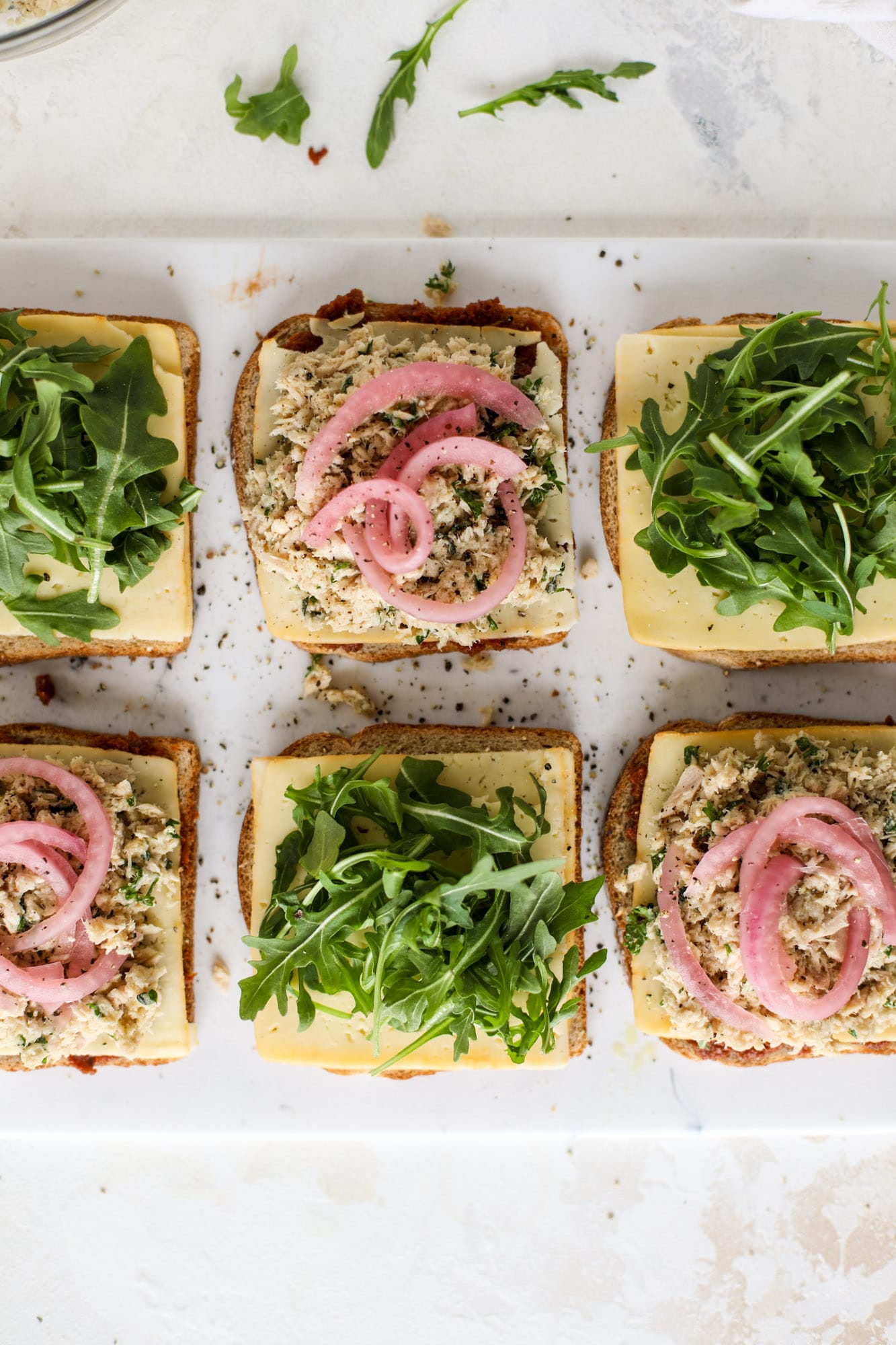 A little mix of tuna with olive oil and fresh herbs. A quick homemade spread of sun dried tomatoes, lots of peppery arugula, some manchego cheese and quick pickled onions.

Lots of salt and pepper. A whole boatload of flavor. 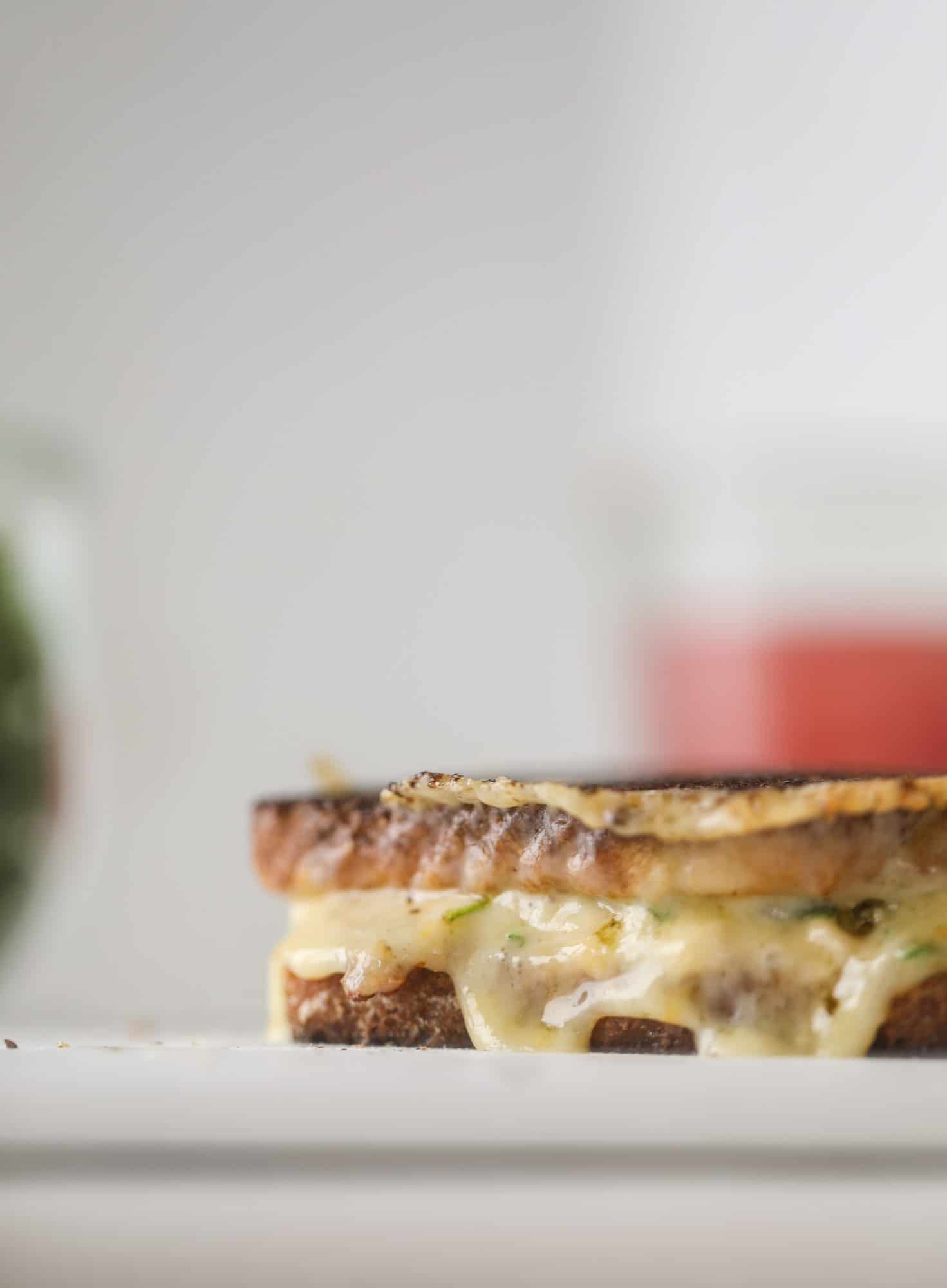 Even Emilia ate an entire sandwich. It so flavorful, crunchy, a little buttery and cheesy.

At the same time, it’s relatively light if you’re using a small slice of bread or serving it open faced like the green goddess tuna.

And I have to say… it pairs nicely with cold pinot grigio. Try it! Clearly all is well in tuna land.