I KNOW. We’re seriously doing hash brown quiche and I am dying. 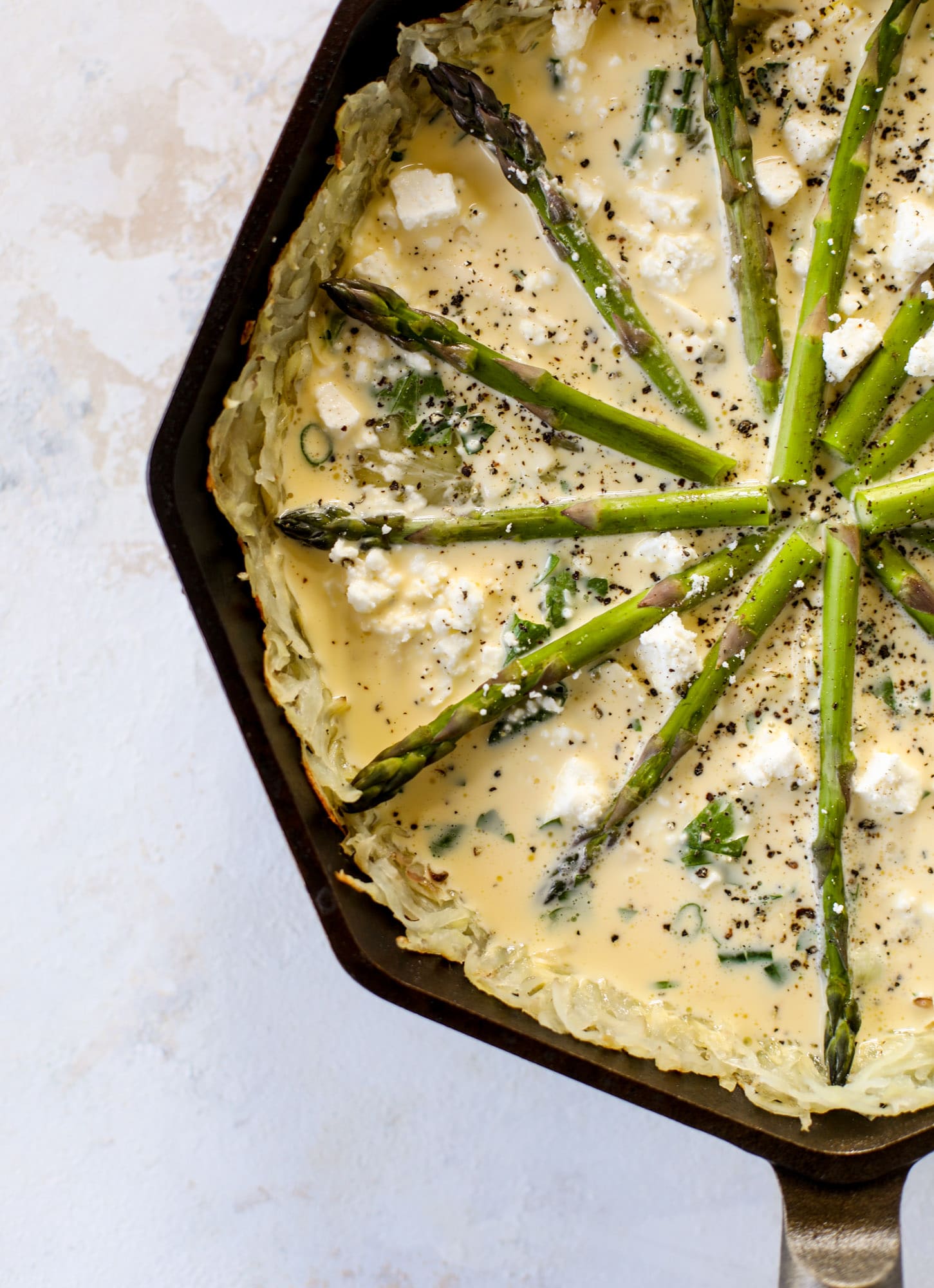 I first saw the idea of a hash brown crust on epicurious. We could say I was instantly sold. I don’t care about hash browns on the regular but if they are the crust to my quiche? I’M IN!

Here’s the thing though – I definitely thought it wouldn’t work. I thought it would be too tricky, the potatoes would crisp up enough, or the crust would stick to the pan and I’d end up serving a crustless quiche. I was like there is NO WAY this will work. 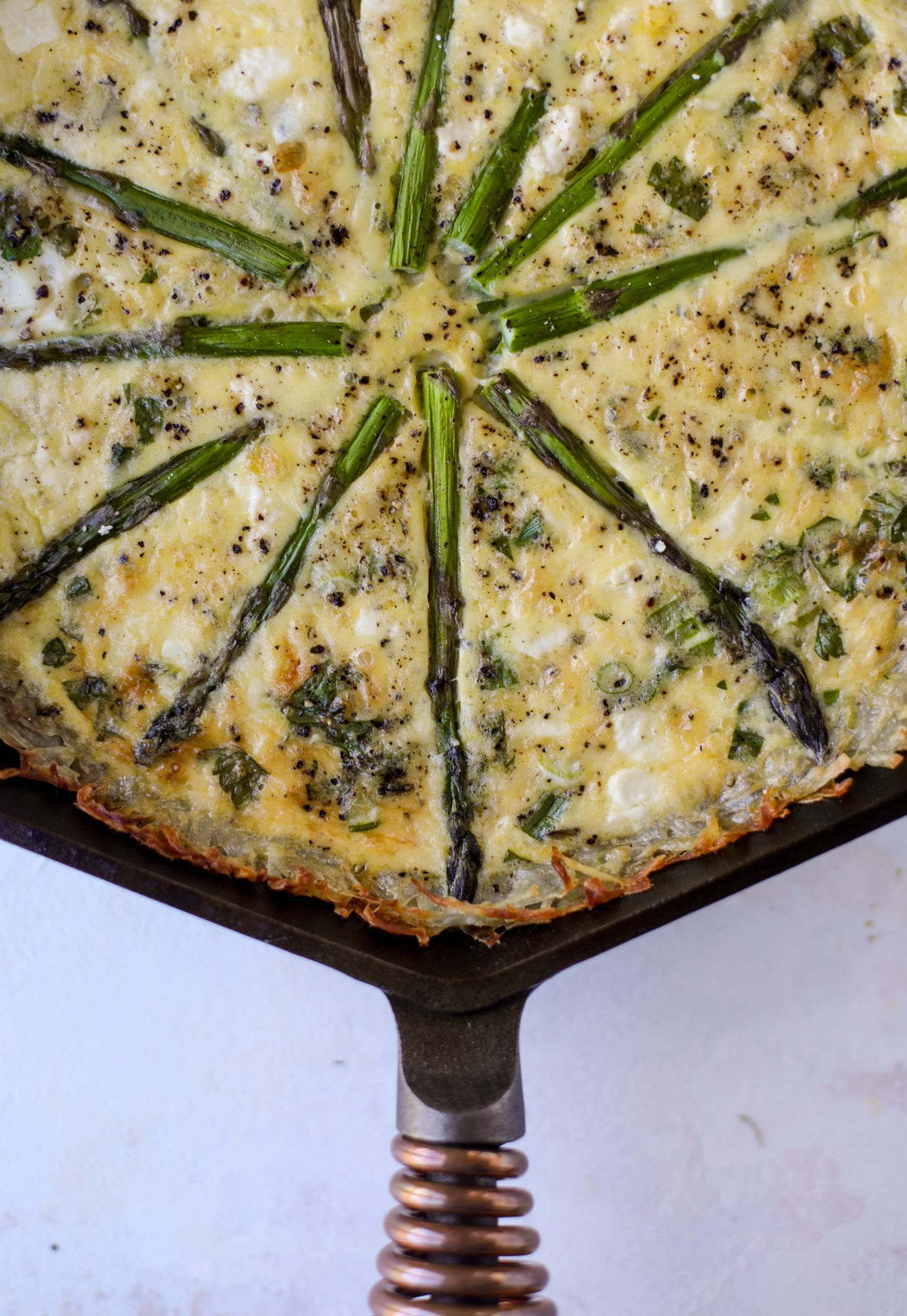 This means I am so excited to tell you that it DOES work. It’s more time consuming than a crustless quiche, but it’s not as bad as a pie crust, so that all evens out. And as long as you use a cast iron skillet, add enough oil and butter to the pan and really press down on those shredded potatoes, you’ll do it. It’s SO good. 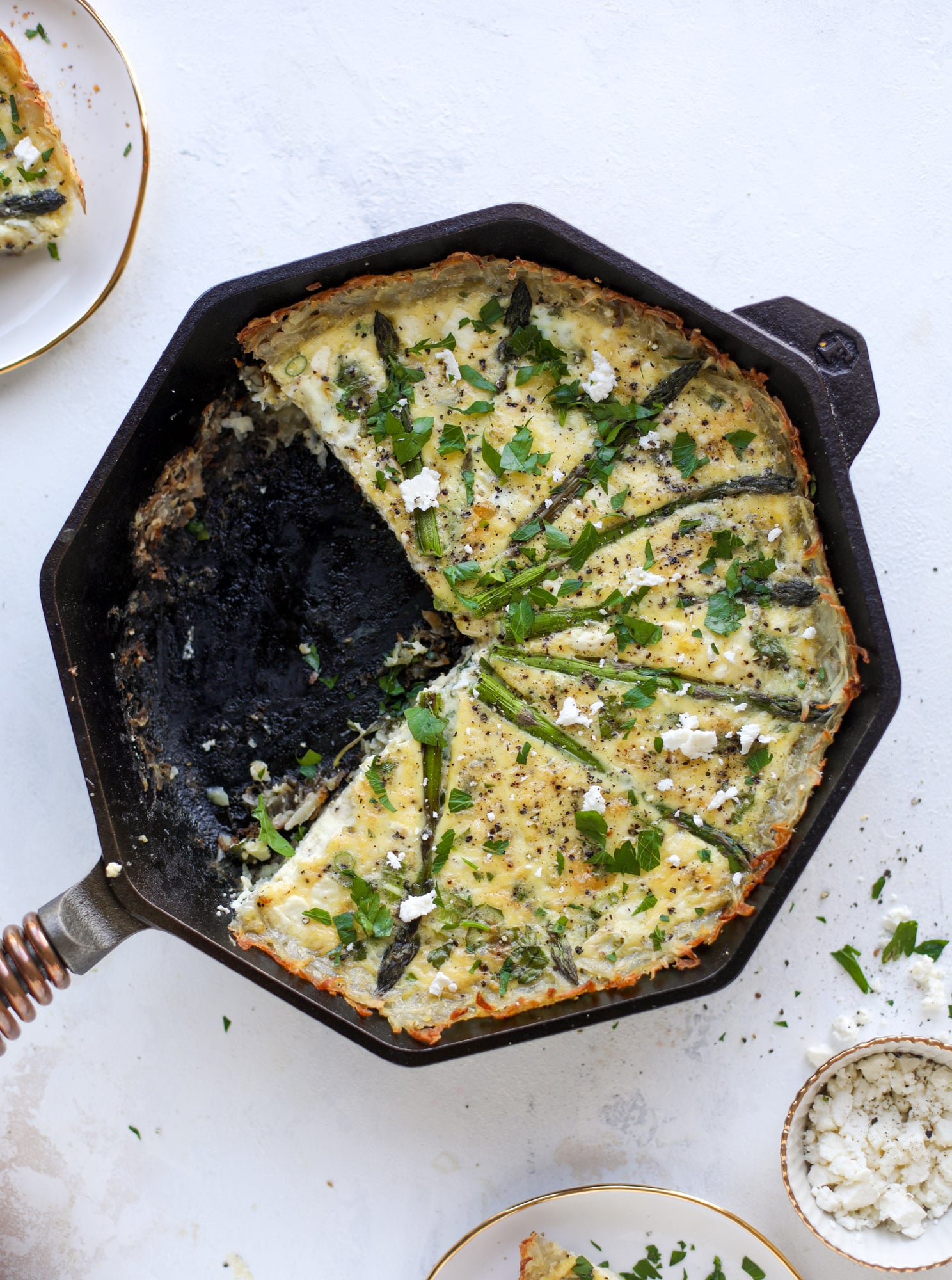 It seems like these days, I share a quiche twice a year! And that’s pretty much when we eat them, around Christmas and Easter. But they are so much more versatile than that and I want to start making one on the weekends to prep lunches or even make one as a weeknight dinner.

I love quiches because you can eat them cold and they are SO good with a greens salad.

And they’re insanely satisfying too. Paired with the greens, I consider it somewhat healthy. Despite all the cheese. Since this quiche has the crisped crust, I do prefer to eat this shortly after baking. But after a day or two, it’s still fantastic. The potatoes may not be quite as crispy but they are still flavorful. And I’ll tell you a little secret: to reheat this, place it with the crust down in a hot skillet. That gives it a bit more crisp than the oven or microwave does!

For the insides of this quiche, I did lots of cheese, of course, tons of fresh herbs and asparagus. As usual, I’m having a MOMENT with asparagus right now so get ready for asparagus overload!

Sorry. But really not. 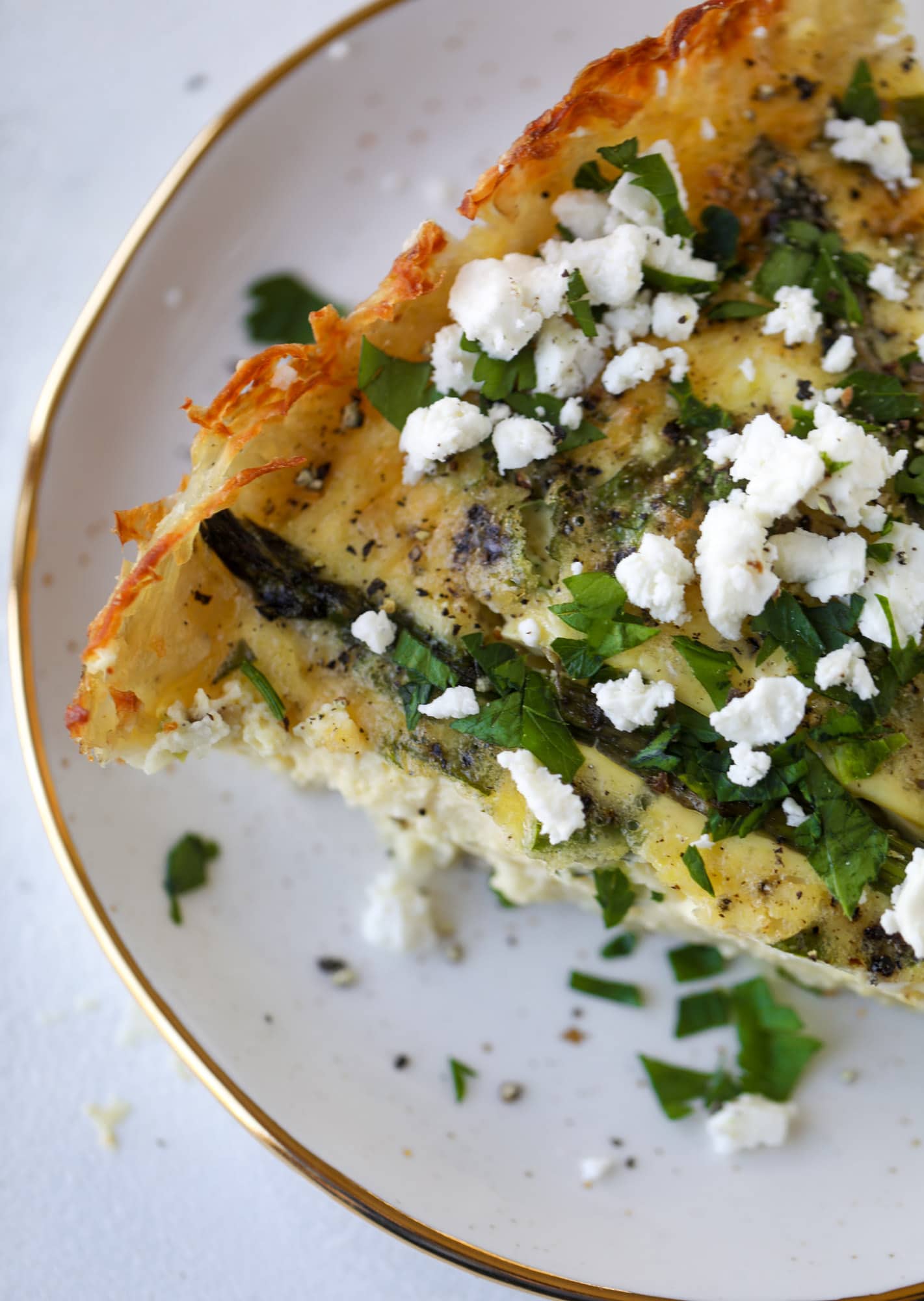 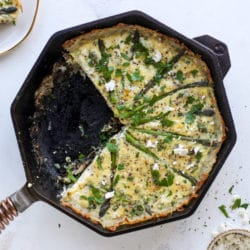