I’m ready to start off every morning with almond butter baked oatmeal. Seriously, this stuff is ridiculously GOOD. If you want to eat breakfast for dessert, I’m here for you. With you. Beside you. Making it for you. Serving it all to you.

No but really, the baked oatmeal? Fantastic. What goes on top? Even more fantastic. Sticky cinnamon figs made in a saucepan with butter and honey. Ohhhh my gosh. I want to make a pan of those and eat them for a snack.

Fresh figs are one of my favorite fruits and honestly, I like them in their fresh form best. Yes, I know I’ve put them in focaccia bread, but there is nothing like a fresh ripe fig. So juicy! The pop of flavor is ridiculously appealing to a texture lover too. The sticky cinnamon figs are one of my exceptions – a way to make and eat the figs that could possibly be even better than fresh figs. Or at least on the same level.

I mean, just look at them! I’ve shared the base of this baked oatmeal before. You can find the classic version here, and boy oh boy… this is like dessert for breakfast. I almost go as far as saying that this is oatmeal cake. It’s basically oatmeal dessert, served like a cake. 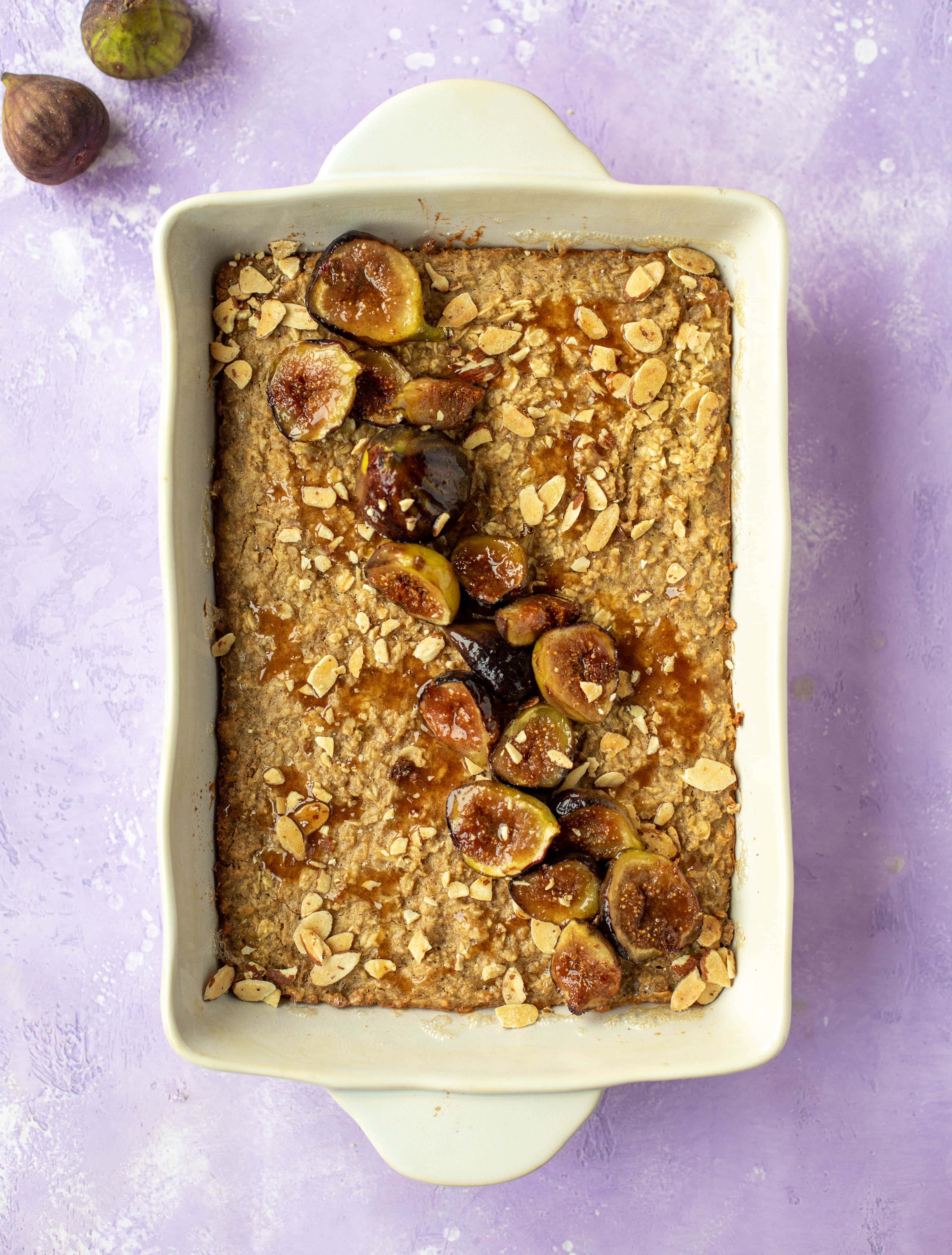 Now hear me out. It’s not an oatmeal I would necessarily eat every day during the week, but I think it’s a great recipe to have in your arsenal for this coming season. It’s amazing served at a brunch for guests. Or if you just want an extra special weekend treat, you could make it for breakfast and freeze some of it for later.

It is satisfying and decadent as far as oatmeal is concerned. Maybe even top it with whipped cream? Uh yes please. 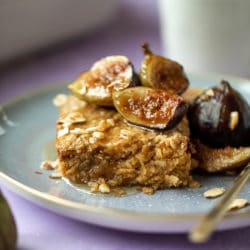