Here’s a peek at how I’ve been making pumpkin cream cold brew at home! 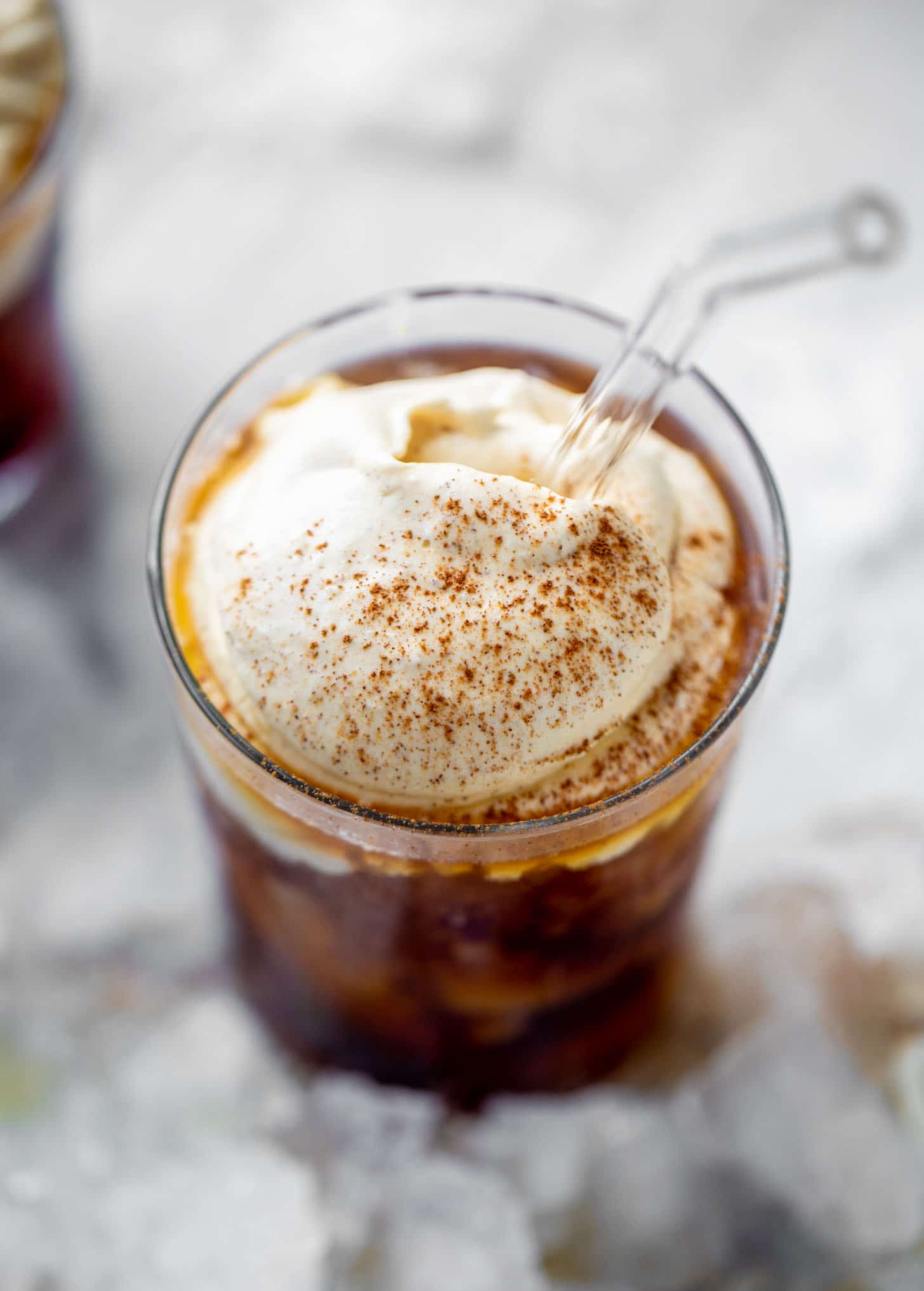 I mean, to say that I’m obsessed with the pumpkin cream cold brew is an understatement. 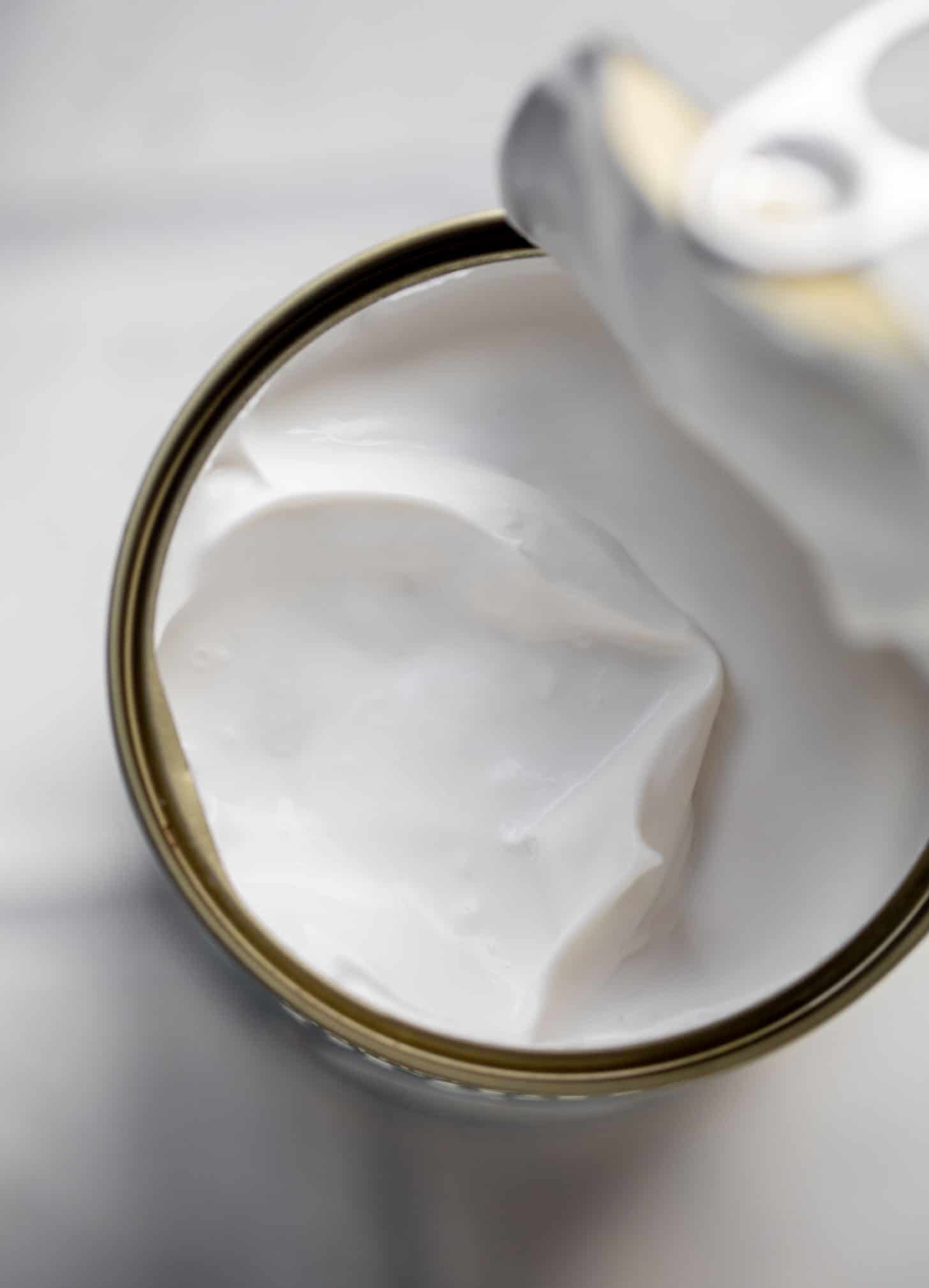 Remember a few weeks back when I shared this coconut cream cold brew? Well, it easily became a staple here, especially the afternoons.

This is super similar, except we’re making a pumpkin coconut cream mixture, much like the pumpkin cream cold brew from starbucks. Which is my LOVE. I mean, I could drink one everyday. I just adore that drink. 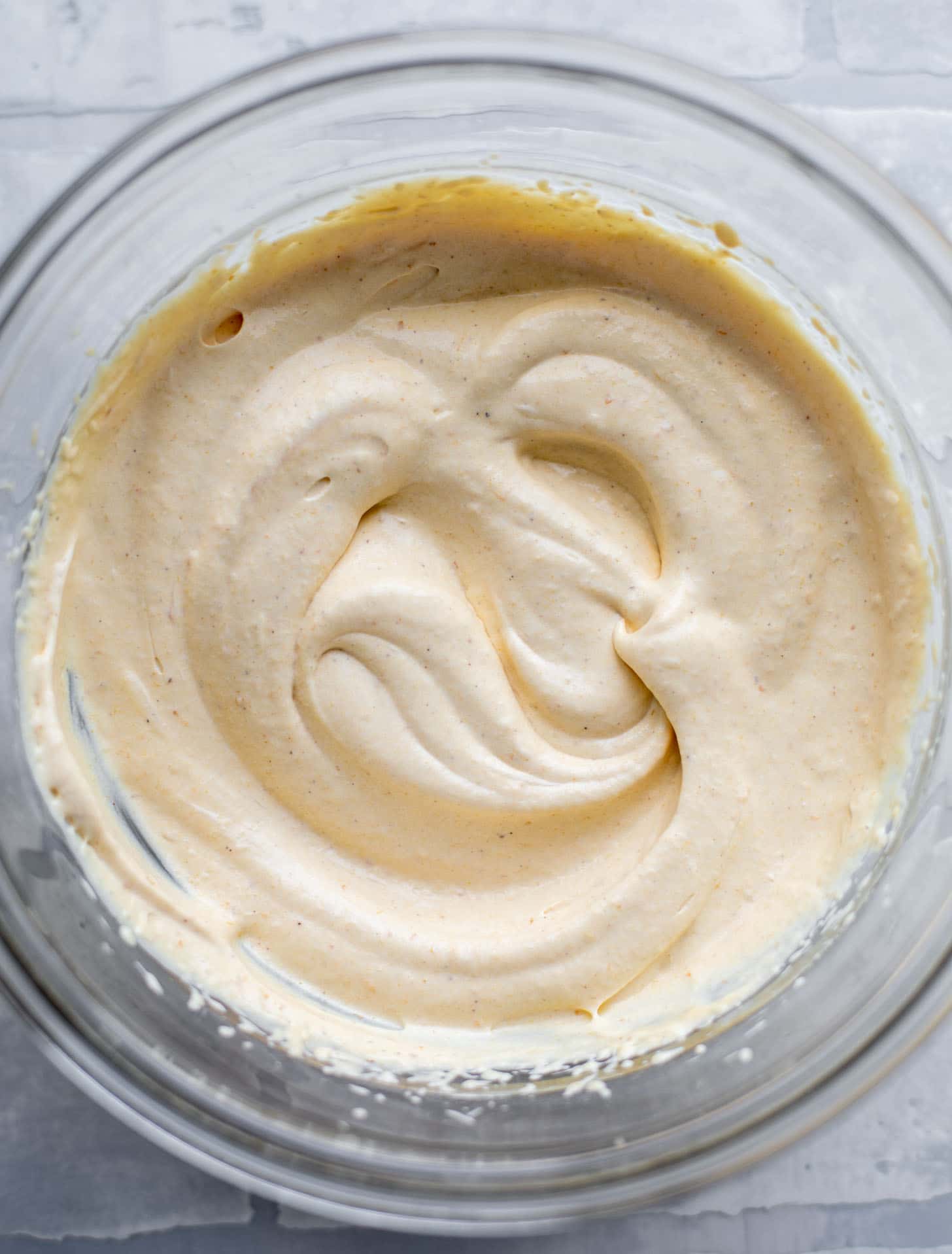 My version is much similar, but no where near as sweet. Don’t get me wrong – there is sugar in the pumpkin coconut mixture, it just not as sweet as the store version. Which is fine, because I like to save any of my sweet(er) coffee drinks for outside the house. But in the case that you DO want it sweeter, you can add more!

I mean, doesn’t this look like ice cream below?! 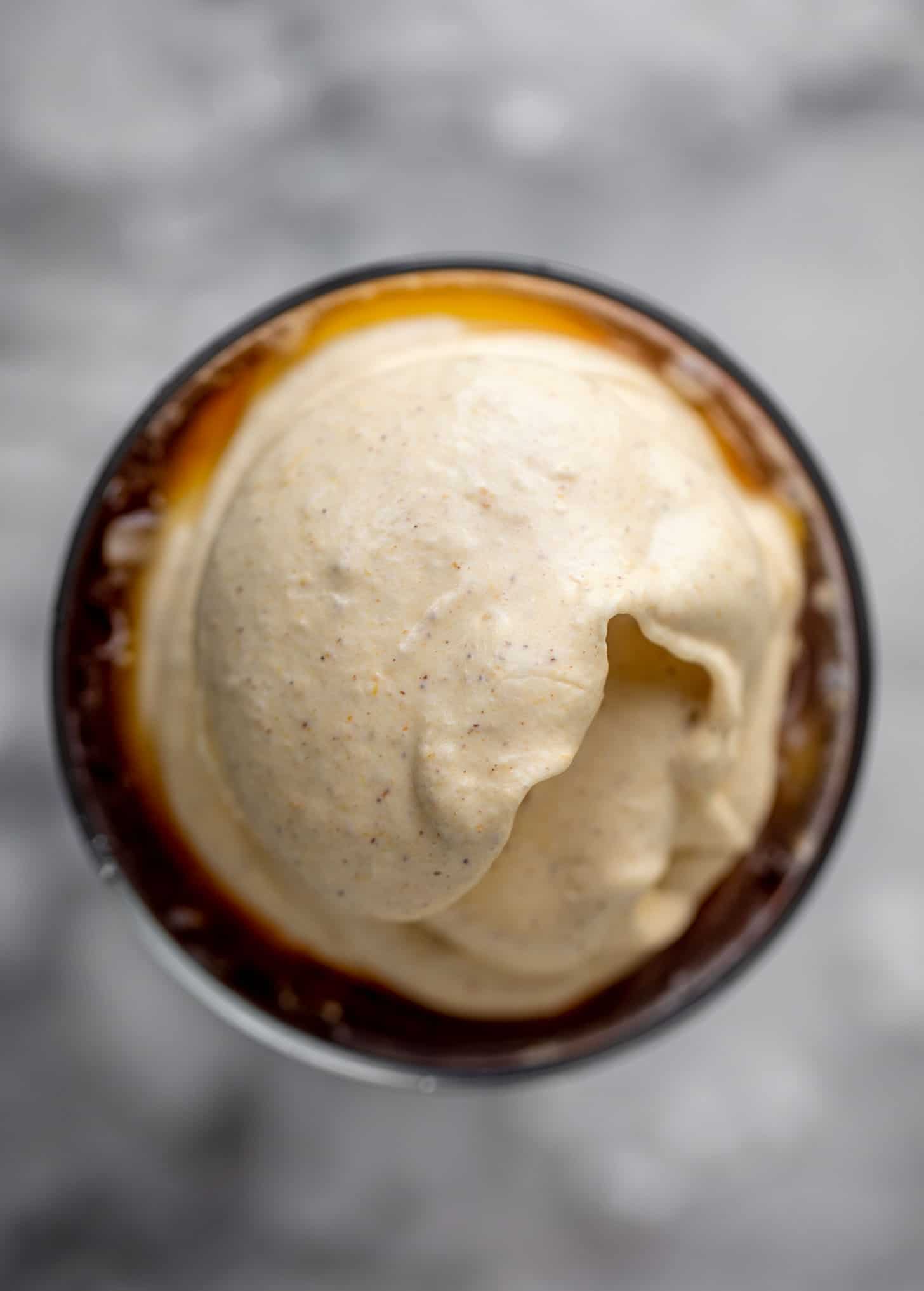 This is how it goes down!

You start with coconut cream. I always have a few cans in the refrigerator – store them there because they need to be cold for this. You can use the cold cream from the milk to whip, or you can actually buy a can of coconut cream too. Either way works.

And don’t worry about it being super thick, because it works better when it’s softly whipped anyway. Think super soft peaks! 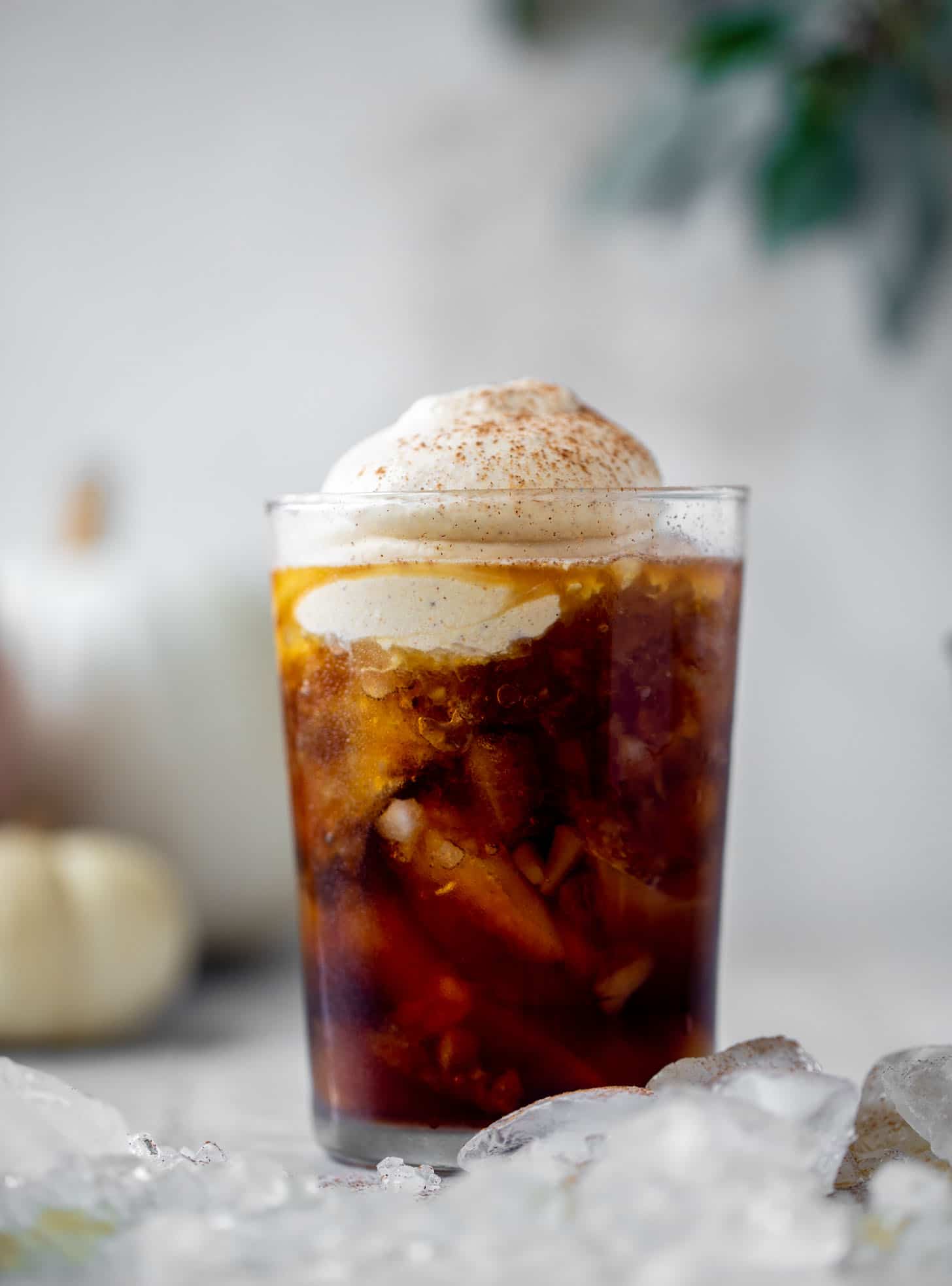 Whip in the pumpkin, some spice (I like less, most people prefer more than I do!), vanilla extract, some sugar and salt.

Pour a glass of your favorite cold brew. Or if you really want, you can absolutely throw this on top of hot coffee too!

Top the iced cold brew with a few spoonfuls of the pumpkin coconut cream. Oh my gosh. It’s heavenly! 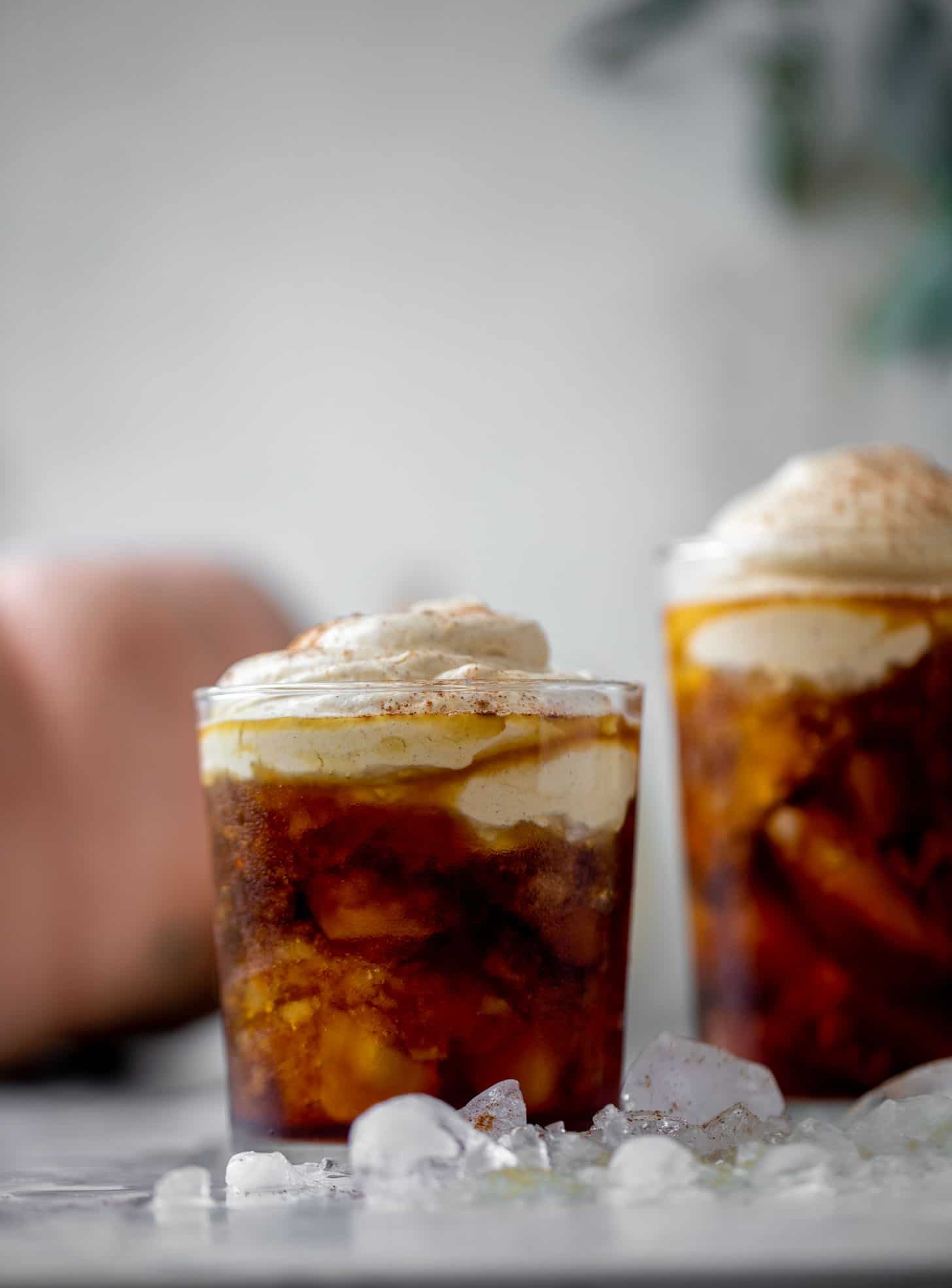 If you’d like, you can add some pumpkin syrup, vanilla syrup, or heck even maple syrup to the cold brew.

This is such a great drink because you can really customize it to your liking. 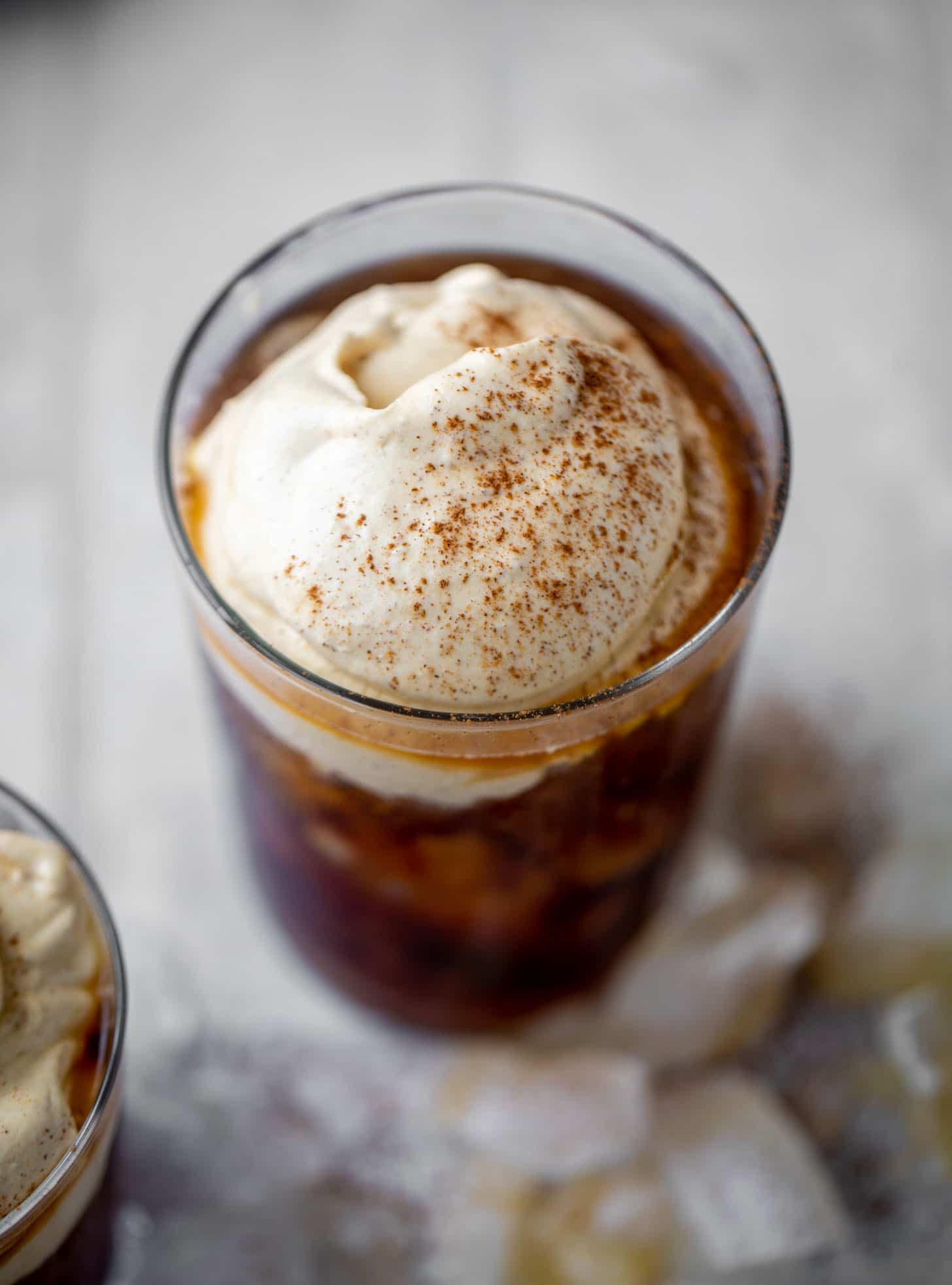 And for me, it’s ALWAYS iced coffee season. I love iced so much more than hot. Once this season is over, I’ll move to an iced eggnog latte. Give me iced all the time! 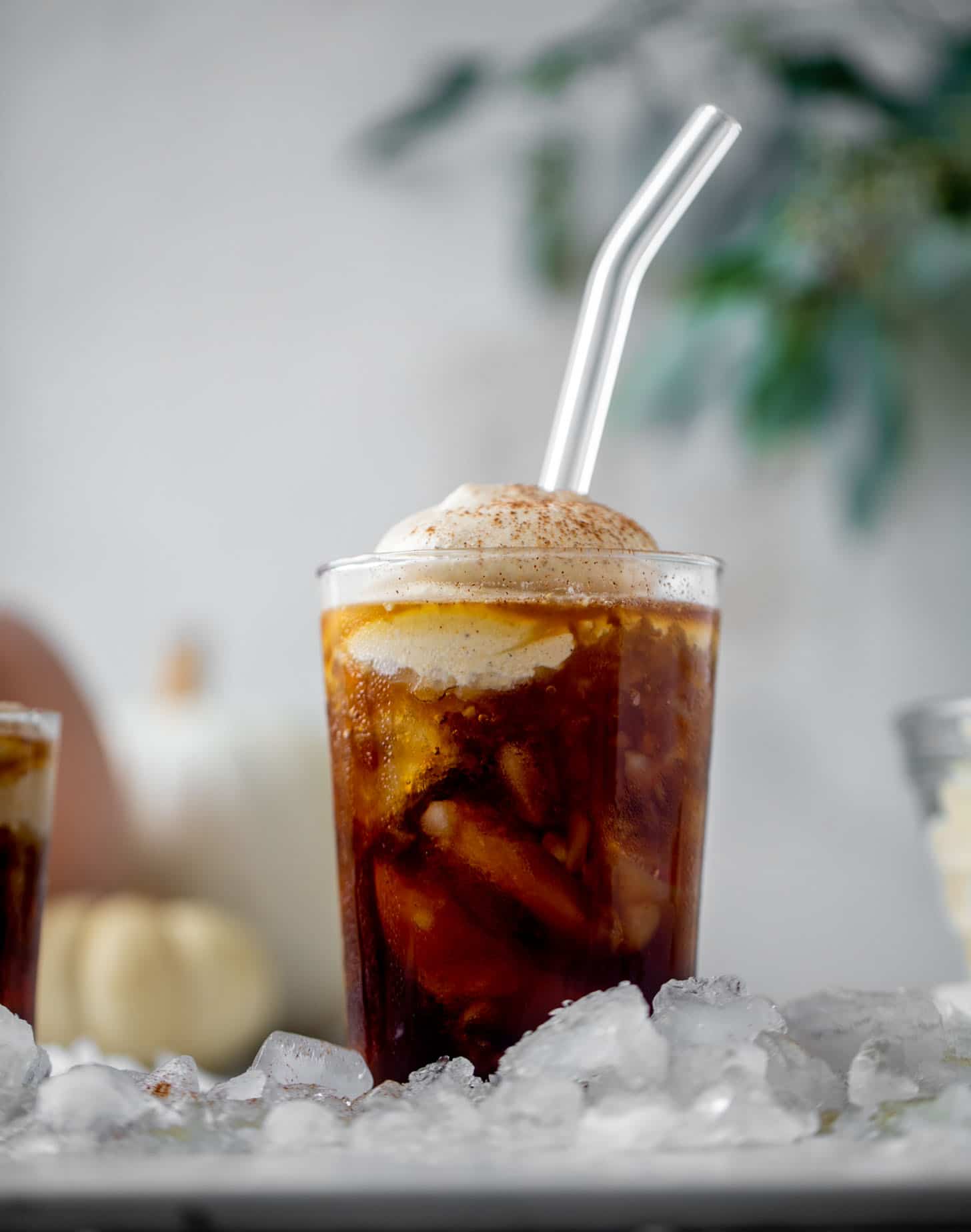 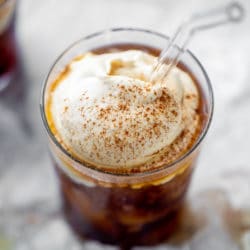 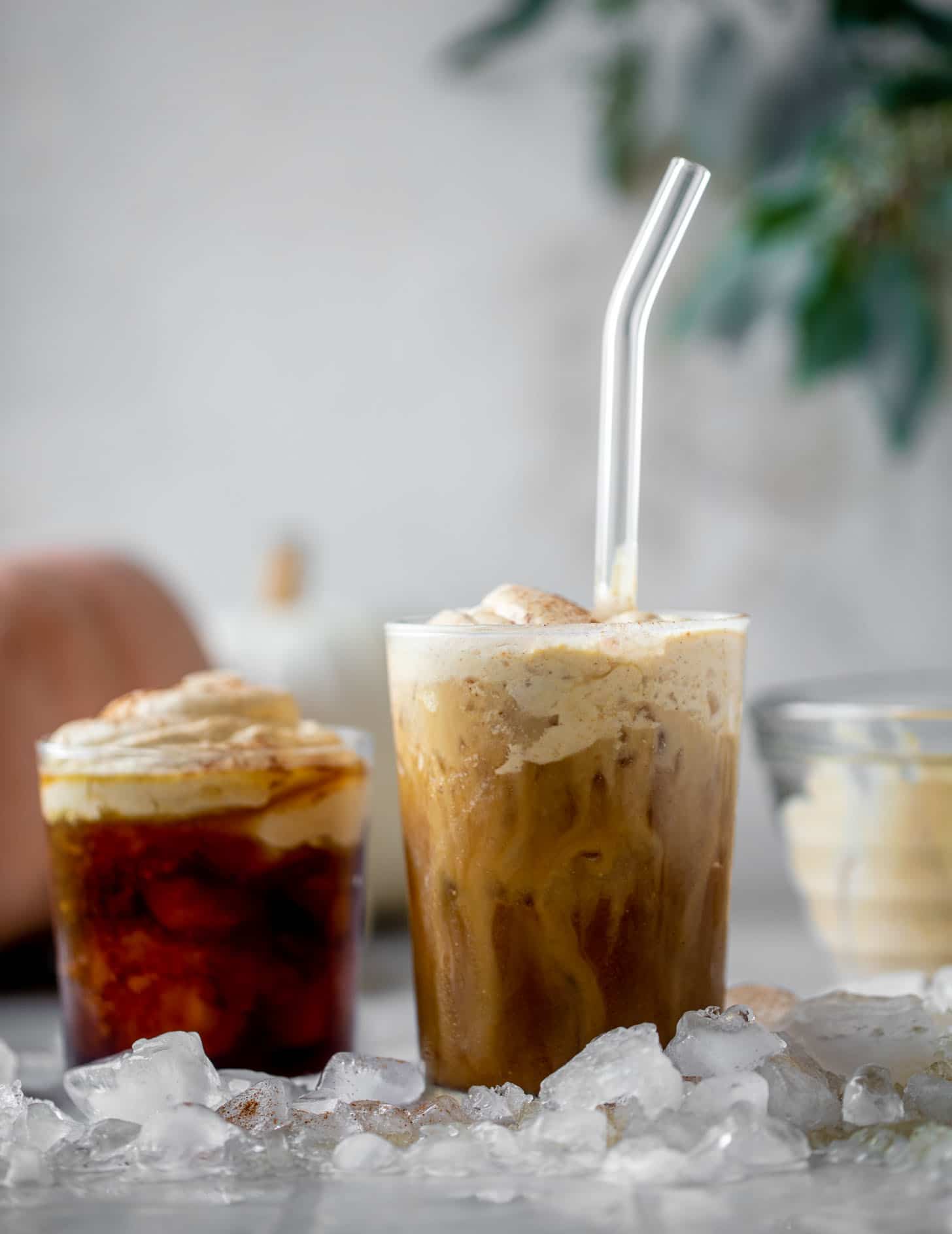 Swirls together nicely too!