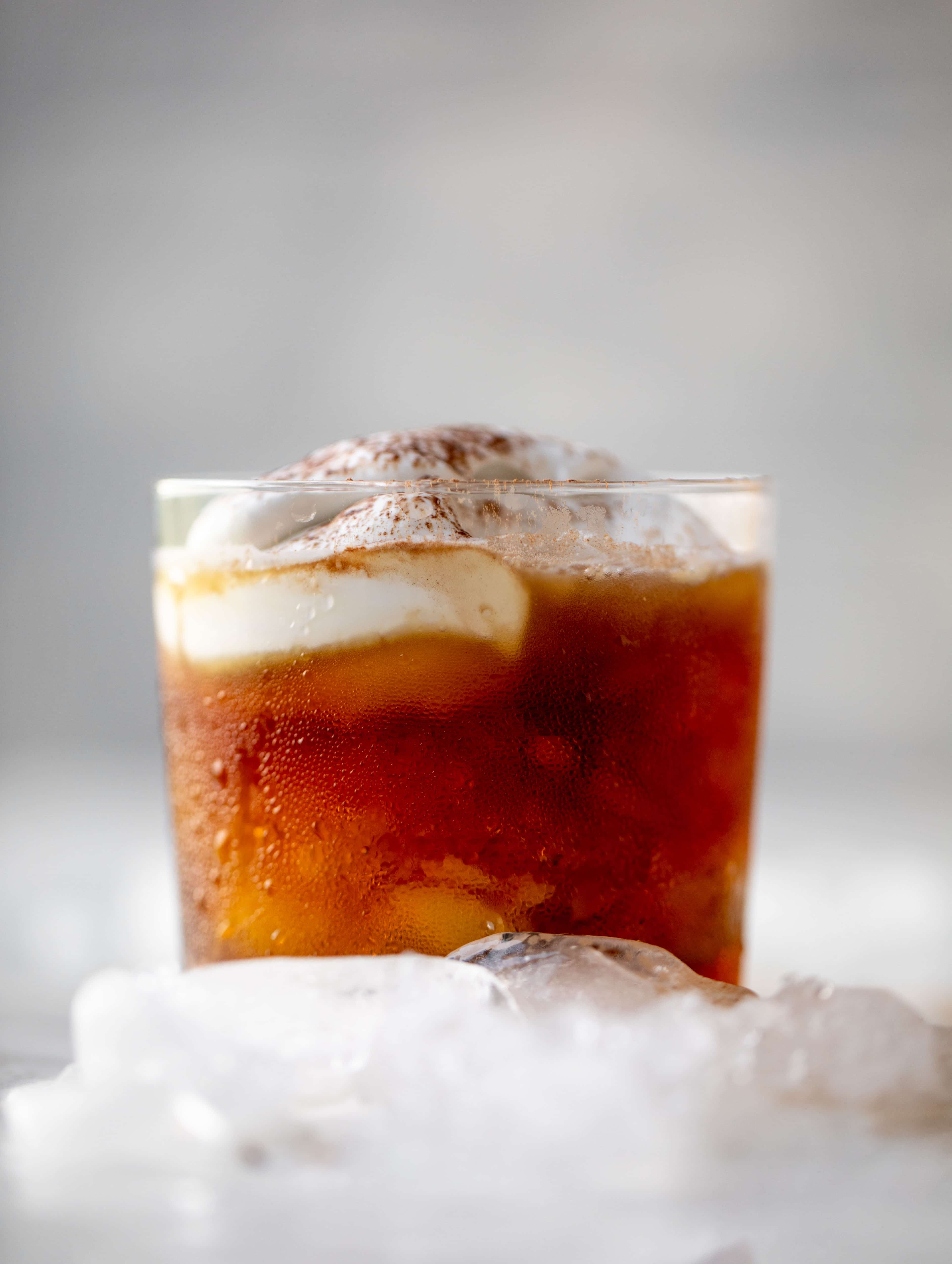 This coffee is UNREAL.

The coconut cold brew over ice is refreshing and perfect. It’s topped with whipped coconut cream that is like a fluffy layer of love.

Throw a can of coconut milk in your fridge ASAP so you can enjoy this with me.

Especially if you’re a coffee + coconut freak too. 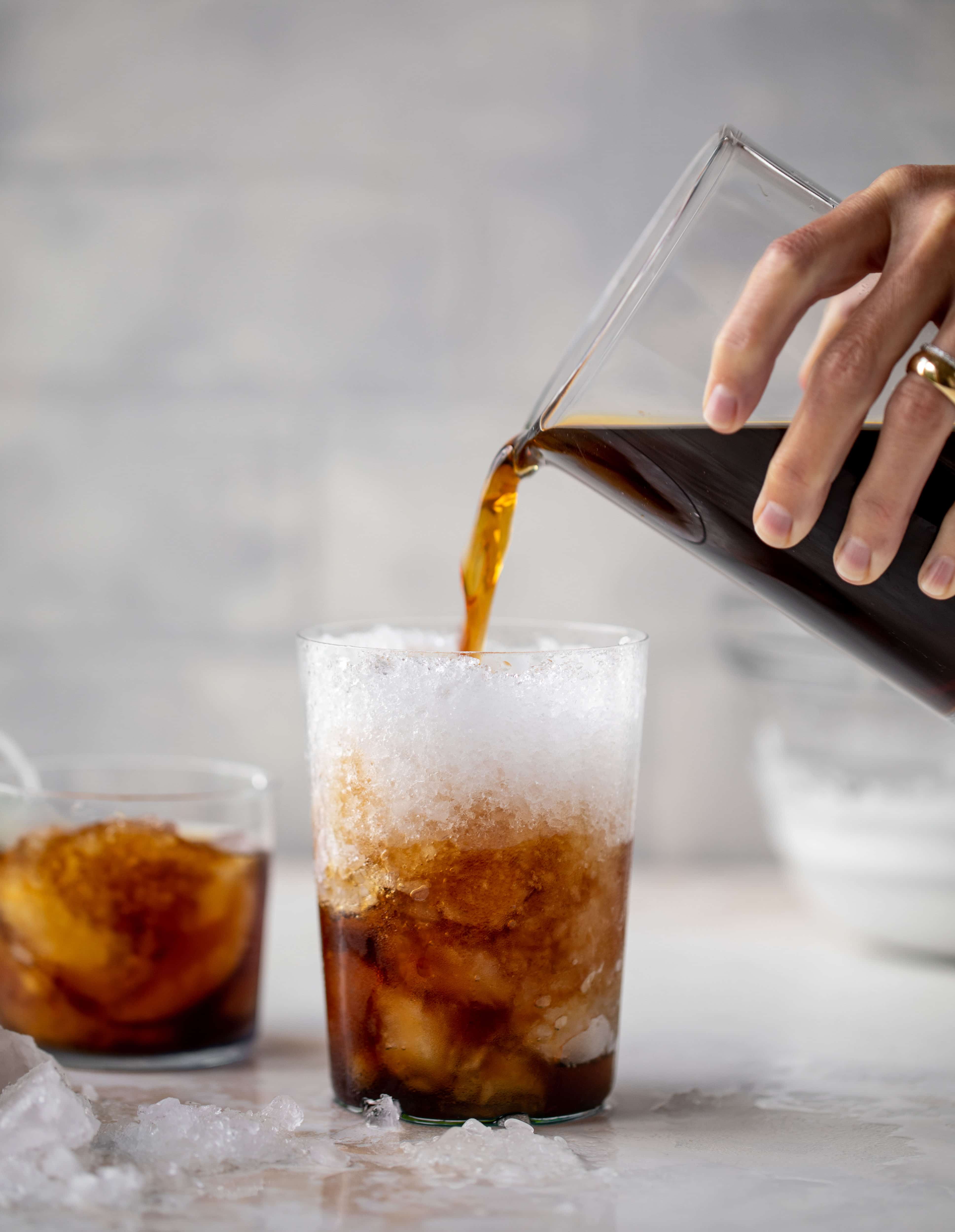 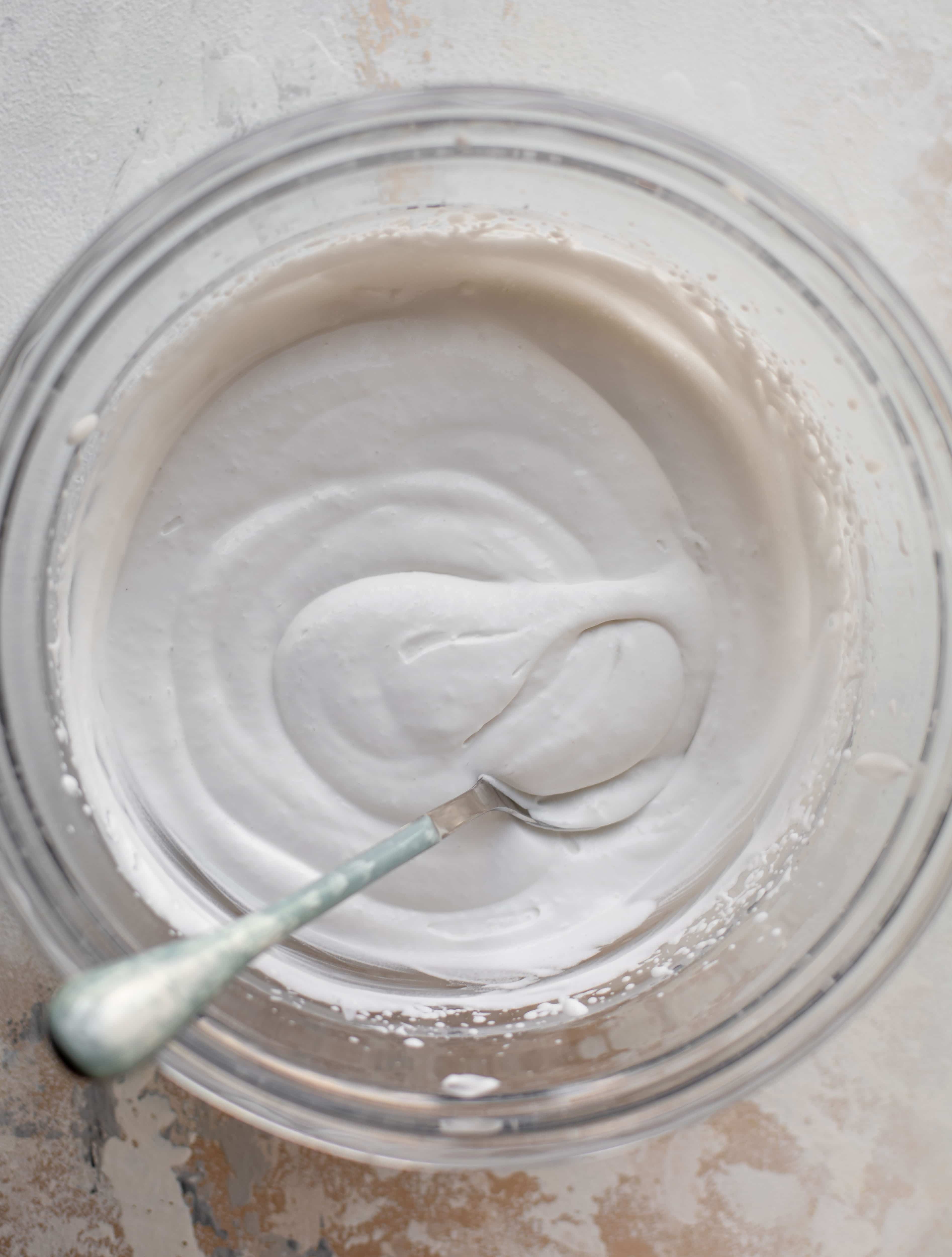 It’s super easy too. All you need is a can of full-fat coconut milk. The only caveat is that it has to be refrigerated overnight. GAH. I know!

But it’s worth it, trust me. 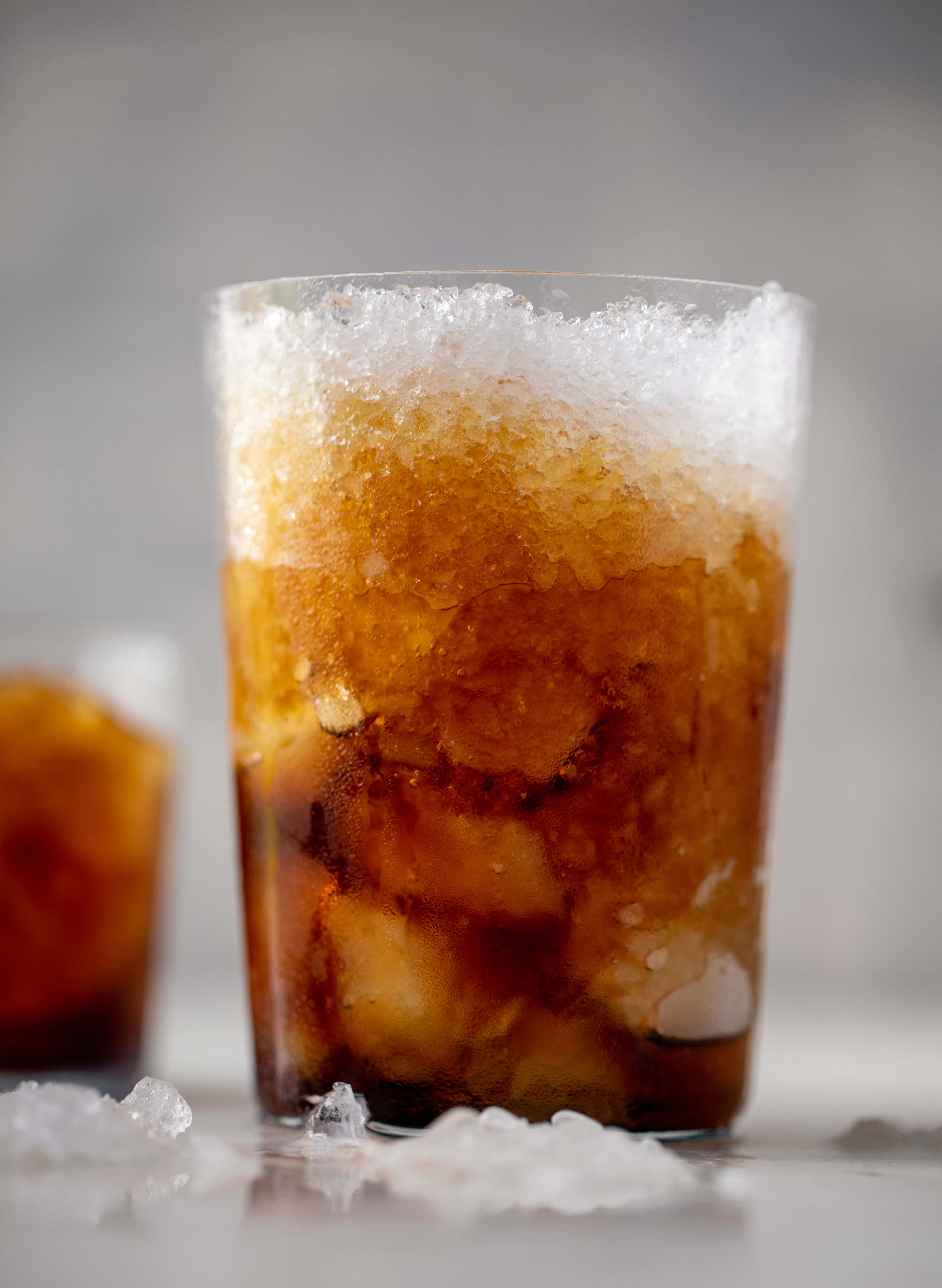 A few weeks ago, Lacy had a whipped coconut cream cold brew from De Fer and just about lost her mind over it. She said we had to make it and of course, it sounded incredible to me. Obviously!

I think De Fer’s version may use oatmilk somewhere in the drink, but we scrapped that. Instead, we made a super fast coconut syrup. I’ve made a fancier coconut syrup before when I made these coconut lattes. But this time, I made a simple syrup and added a drop of coconut extract as it cooled. SO easy! 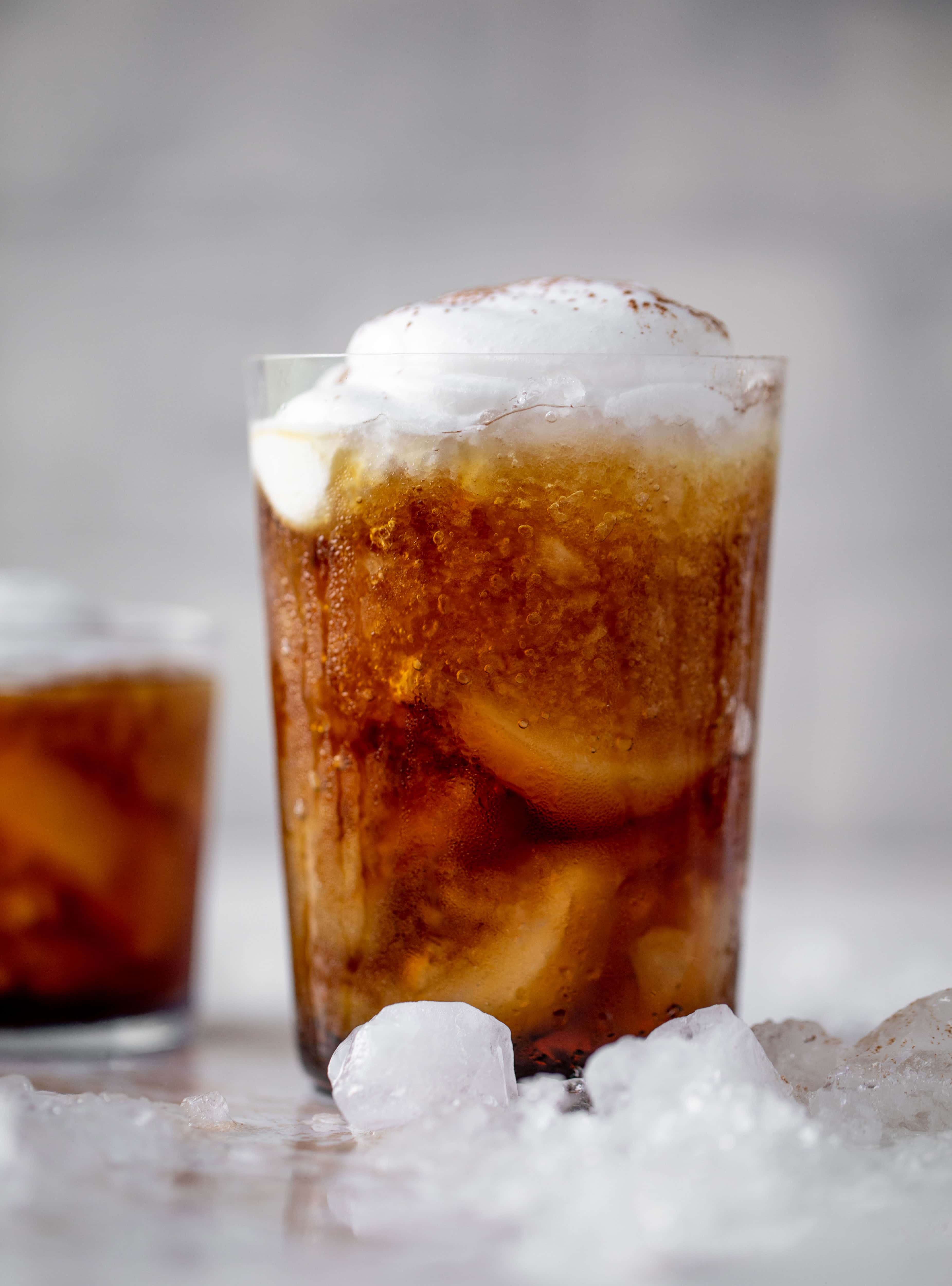 So all you need is a glass of ice, your favorite cold brew, a drop of the coconut syrup and some fluffy coconut cream.

IT IS A DREAM! 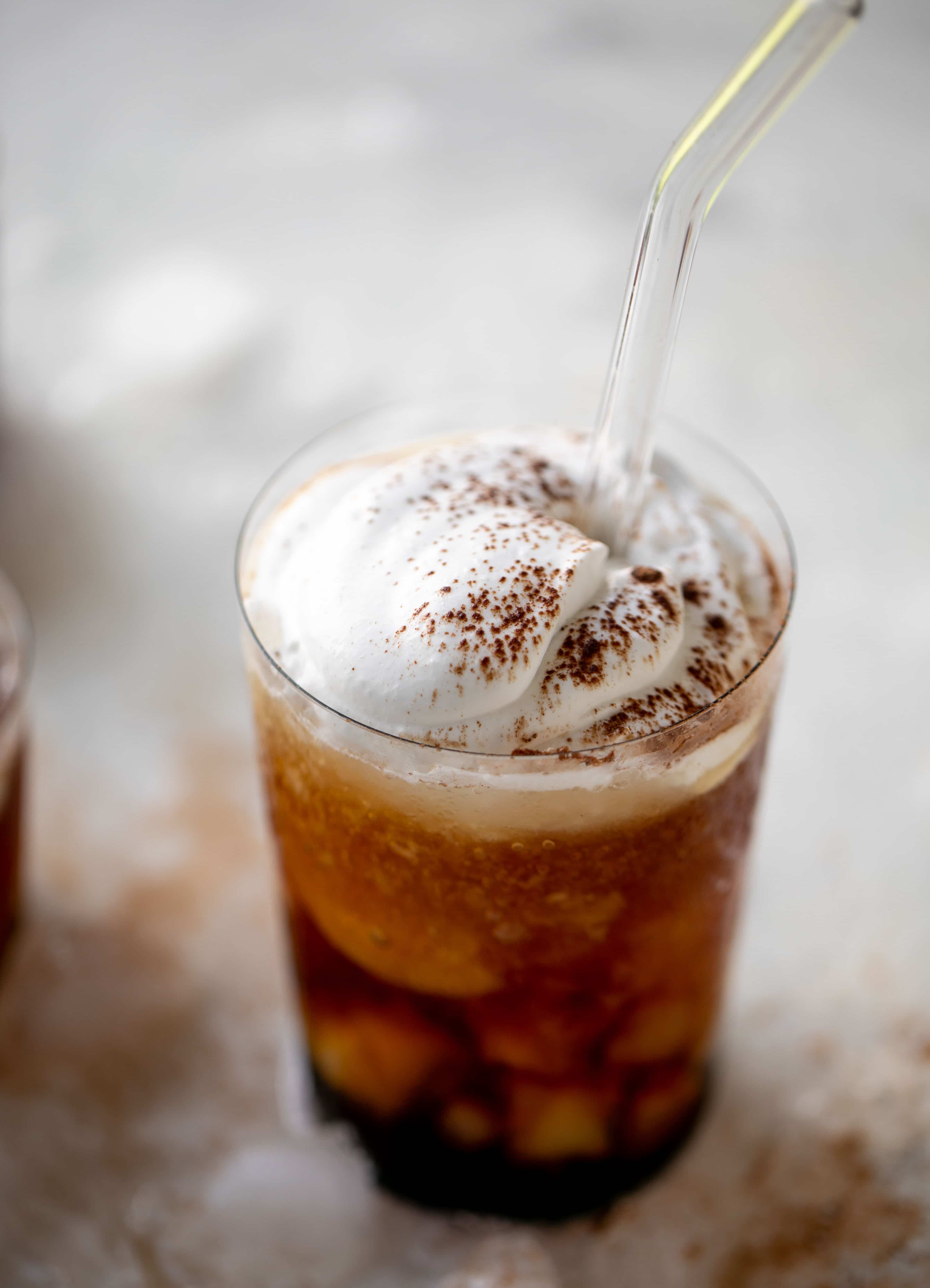 For me, the best part about this cold brew is that the whipped coconut cream doesn’t really curdle. I mean, that is HUGE. I always want to love (canned) coconut milk in my coffee but it’s just so… meh. And it often curdles the minute it hits your glass. This does not. Cue all the exclamation points!

I think it’s because you whip the coconut cream until it’s just soft – not overly whipped or firm – and that in between is what makes it perfect. It’s not regular liquid coconut milk and it’s not super whipped. It’s soft and creamy and cloudlike.

Pop over to instagram today to see how I make it! 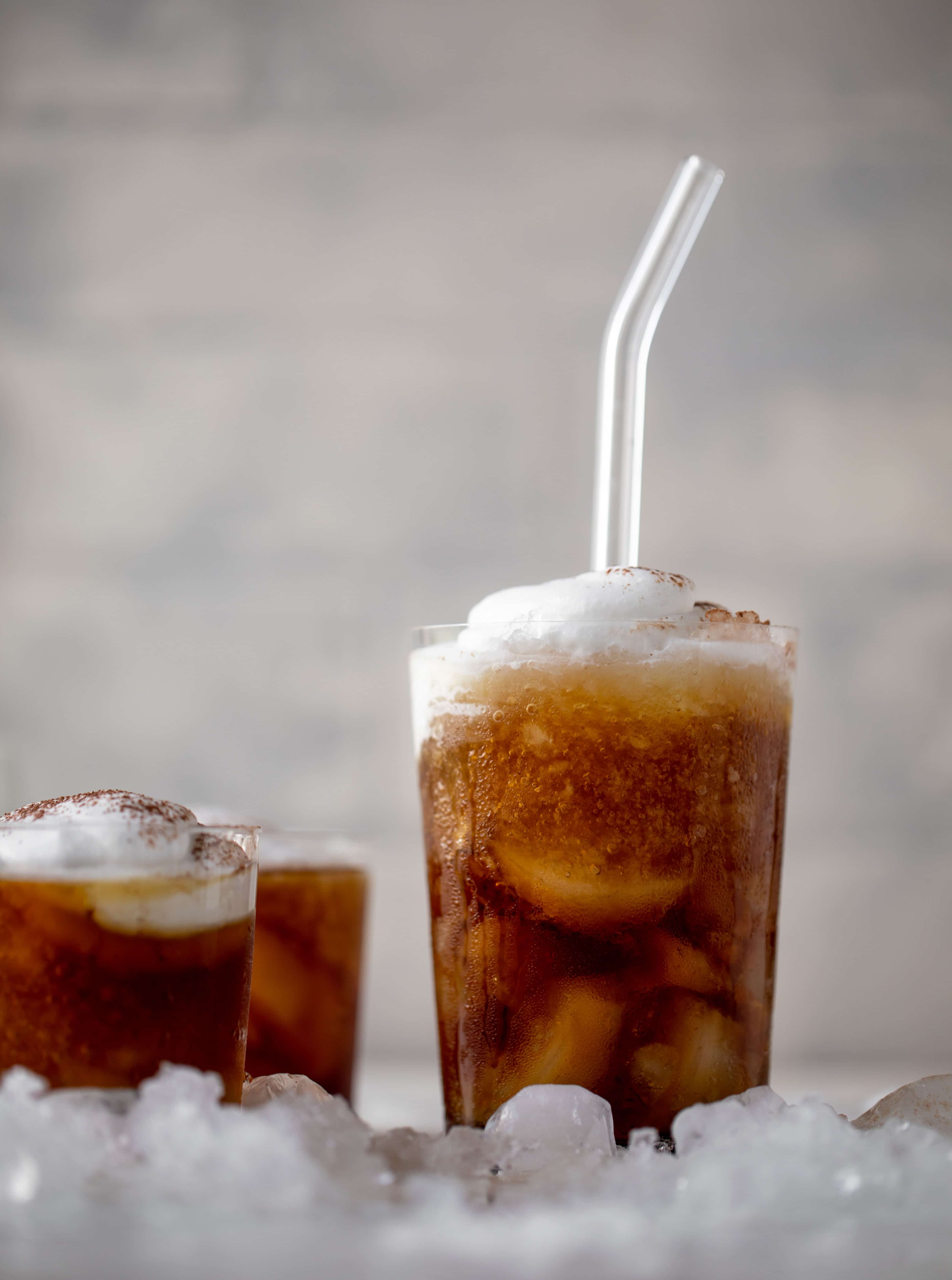 Seriously, I want to drink this every single morning. 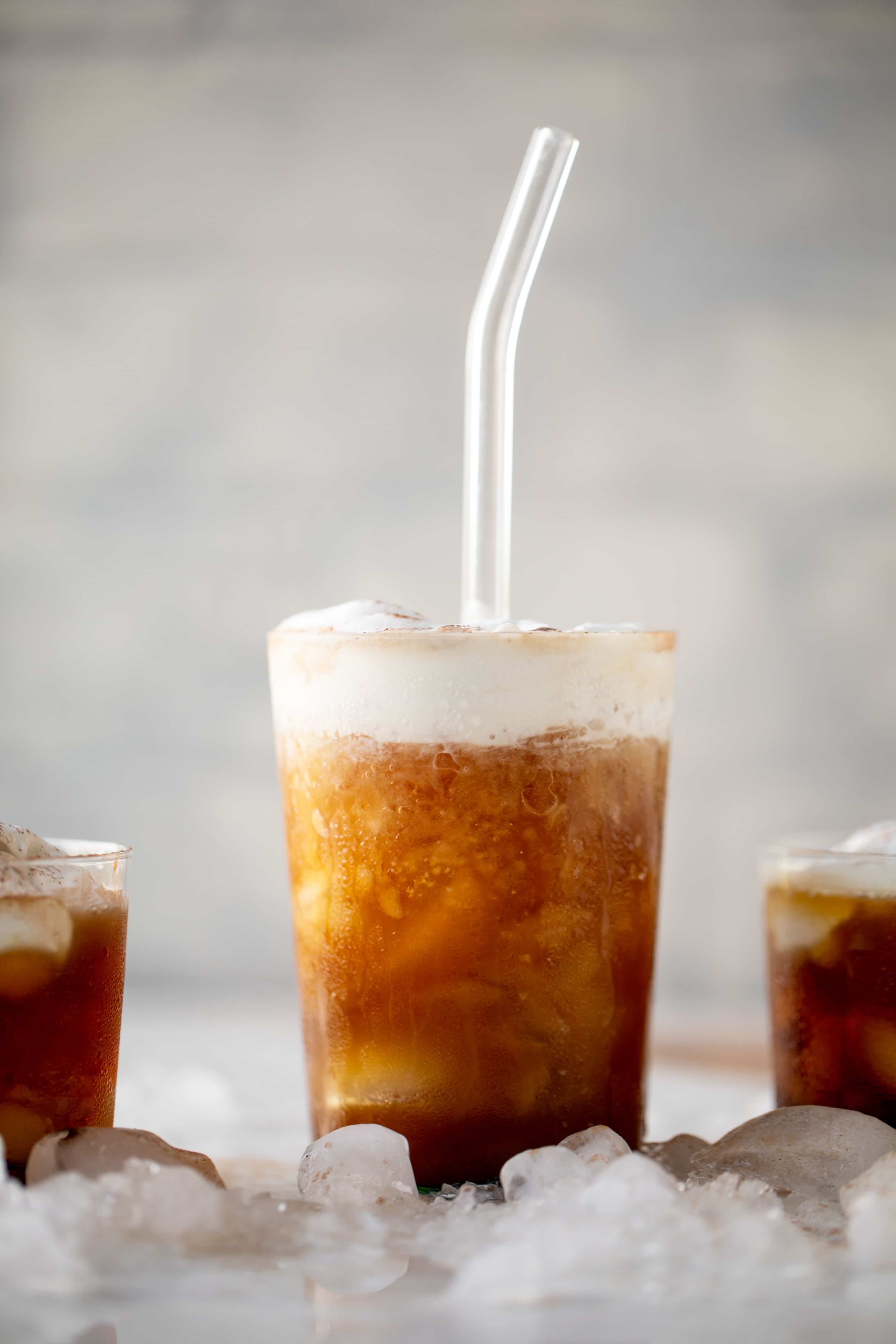 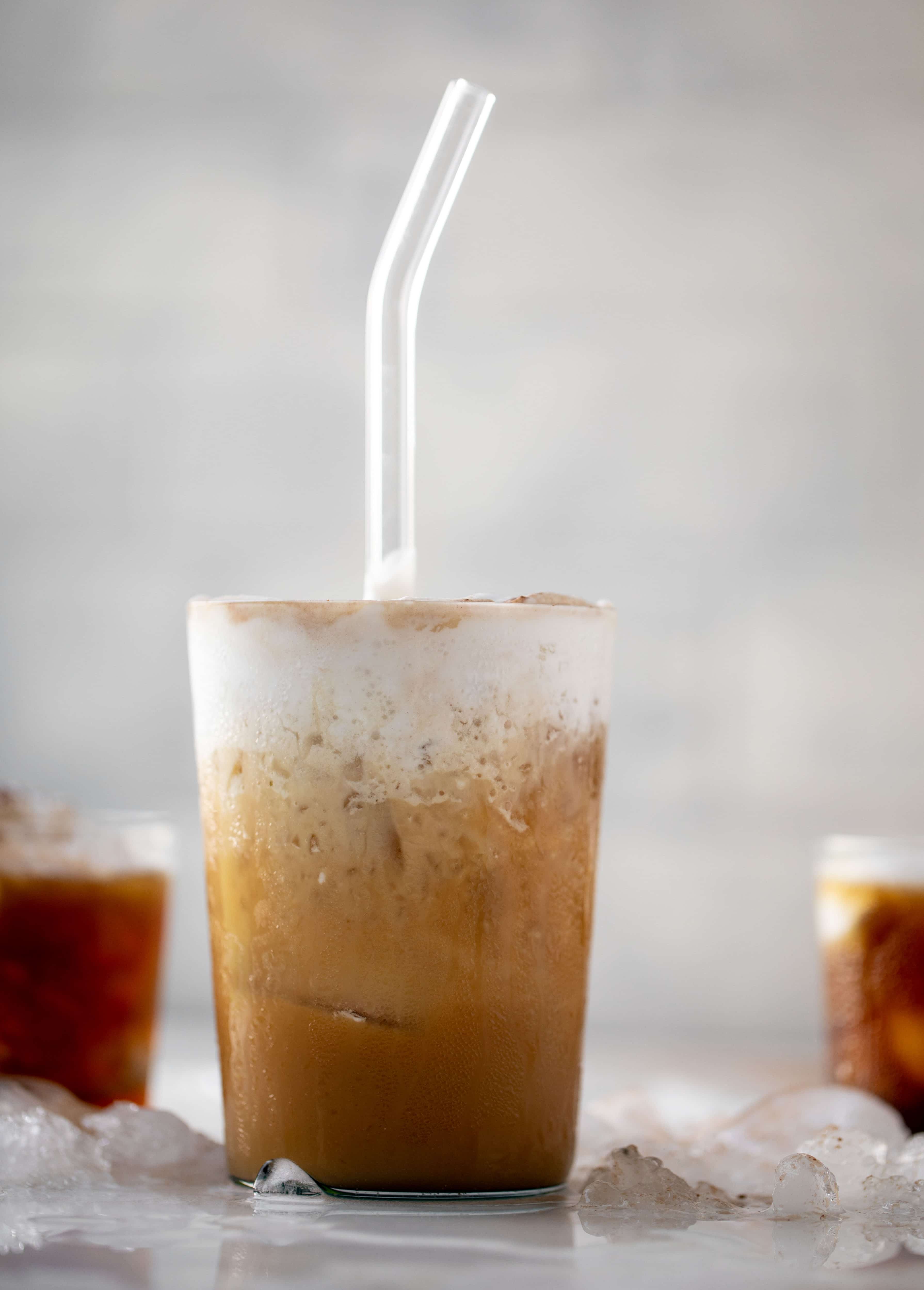 P.S. you could also try a cold brew soda float!