The brown sugar bourbon smash is made with brown sugar syrup, the best bourbon, ginger beer, sliced apples and cinnamon. It’s fall in a cup! 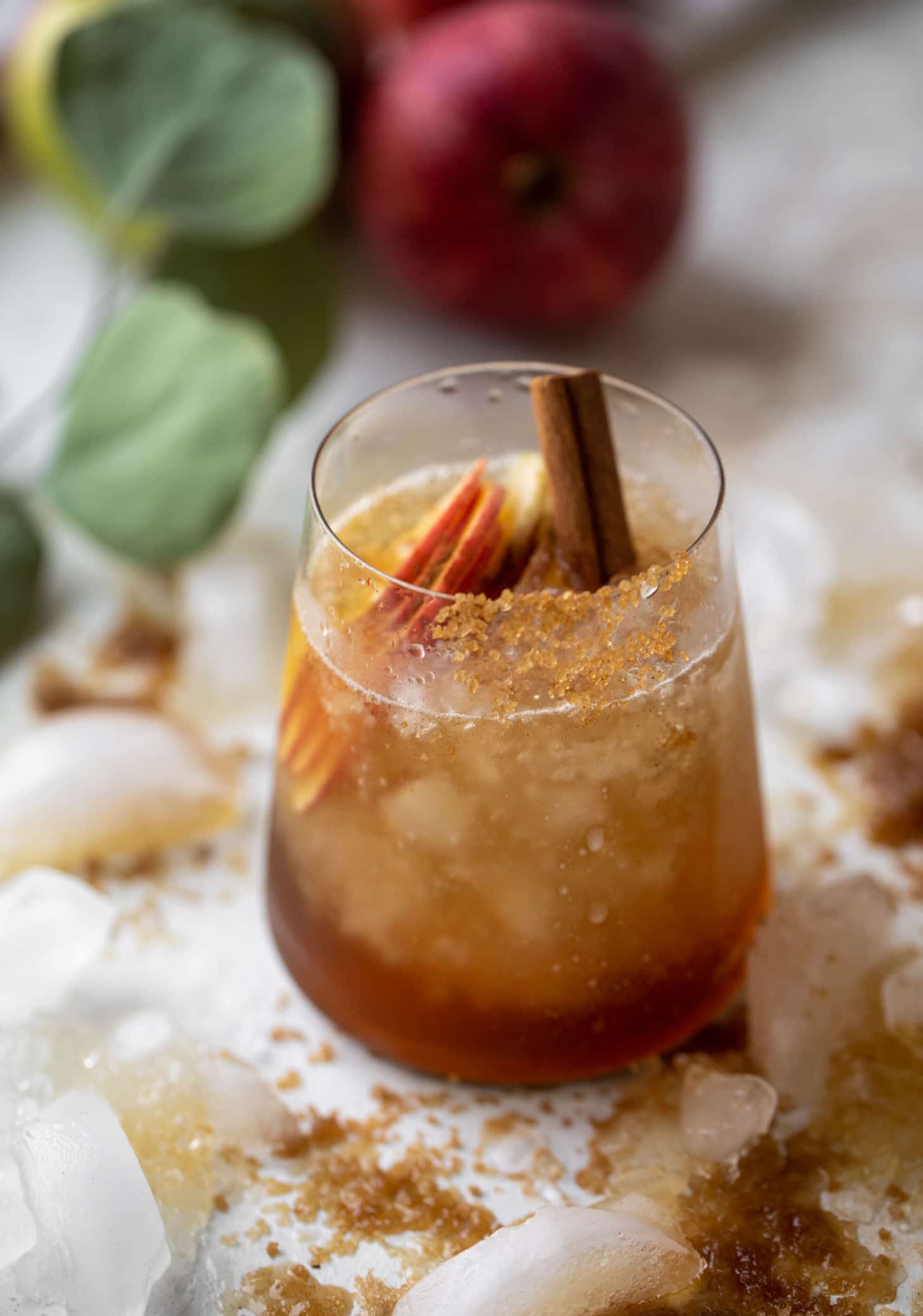 Fall cocktail season is the best cocktail season. I’m sure it has something to do with my life long love of apple cider, but oh my WORD – the flavor combinations are just the best. You can find all of my best fall drinks here and it’s really hard to choose just one!

They are all so good. 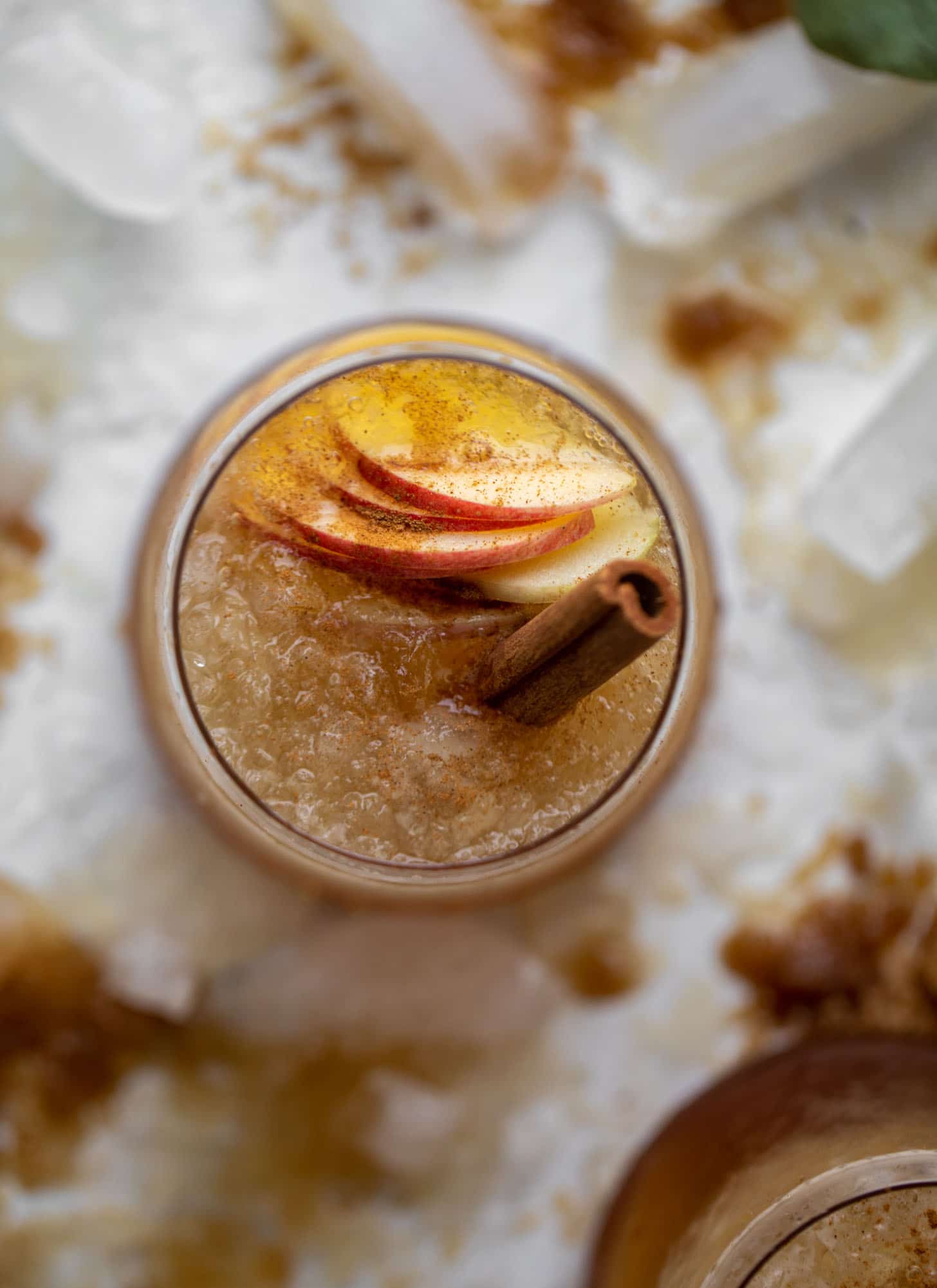 This bourbon smash is made with brown sugar syrup – you know, like the shaken brown sugar espresso thing?

Brown sugar syrup isn’t anything new here on the blog. I’ve been making it for years, both for my iced coffee and my cocktail punch recipes. 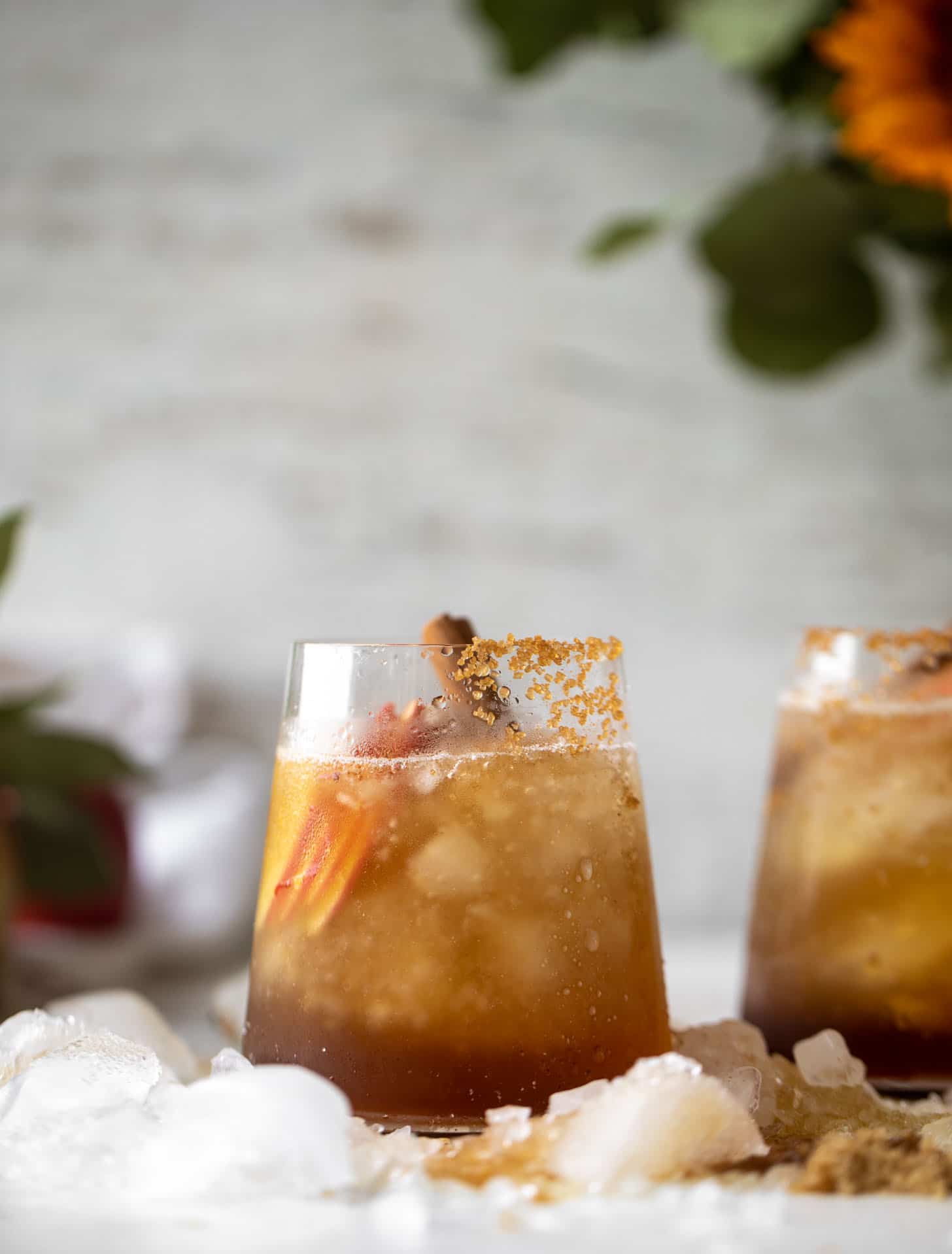 Just made with brown sugar. You get the drift. It’s easy!

Brown sugar syrup also lasts for a while in the fridge. So you can use it in alllll the things. 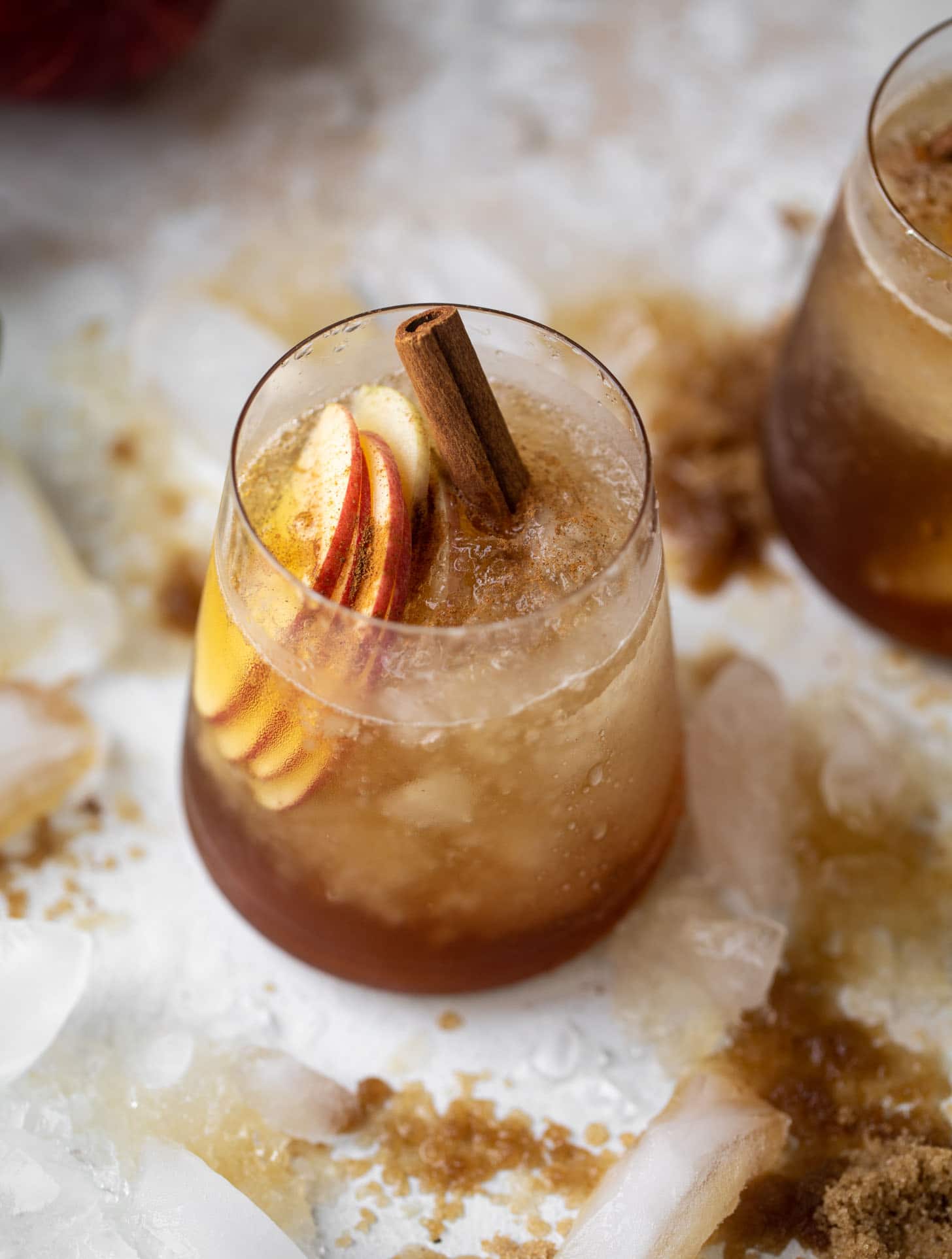 This is how we make the brown sugar bourbon smash.

The brown sugar syrup of course! For sweetness and a little sugary depth.

Your favorite bourbon. I really love Bulleit but there isn’t a wrong answer here, as long as it’s not what you were drinking from a $12 jug in college.

Ginger beer! A splash of bubbles for some zing – I love using ginger beer this time of year because it imparts some spice into cocktails. A little zip! I love it.

Then toss in a few apples. A cinnamon stick. Maybe even a sprinkle of ground cinnamon. 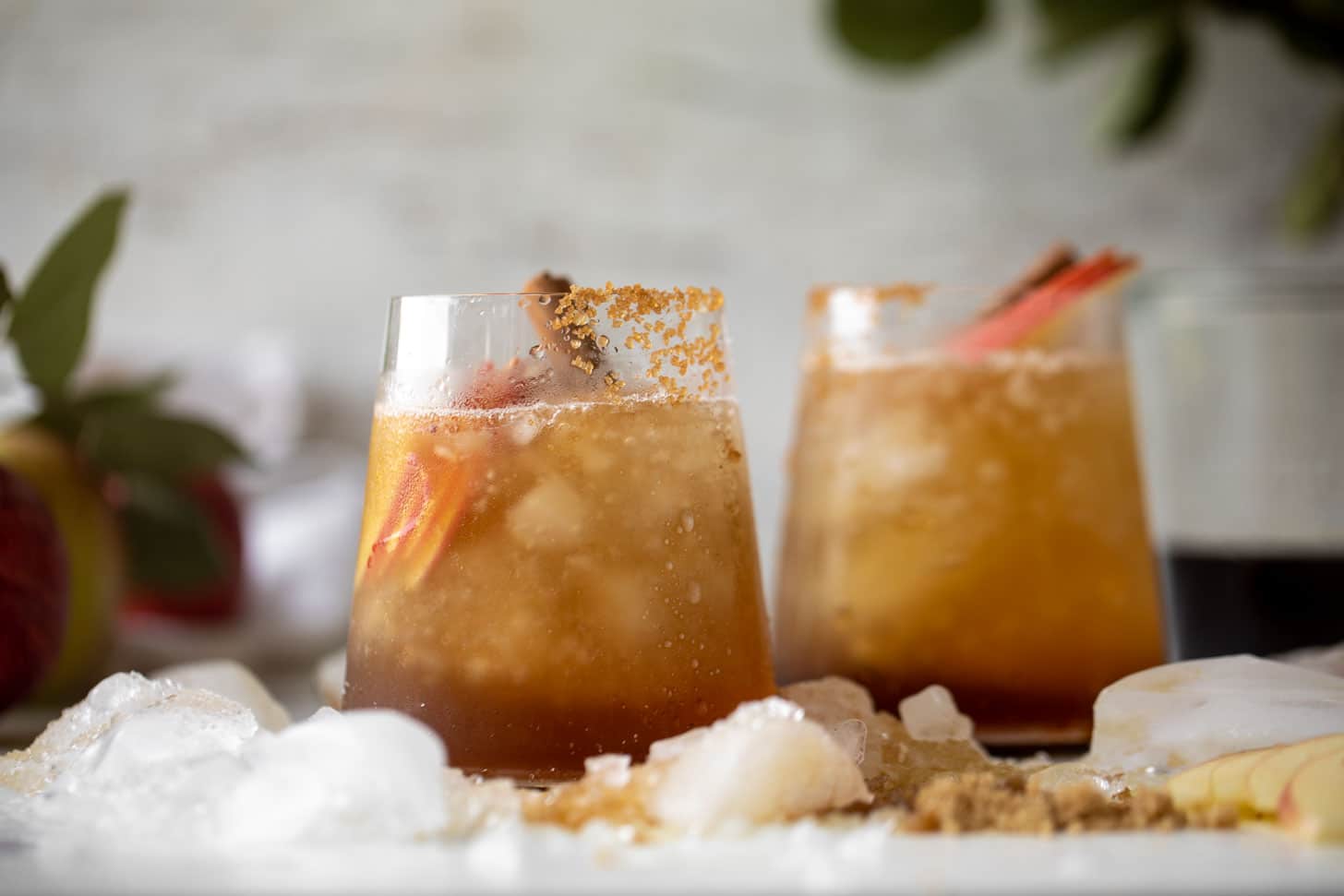 This is a fun cocktail to make if you aren’t feeling an apple cider sangria, or said apple cider margarita, or an apple cider spritz. It’s warming and comforting, a little more elevated and mature (cough cough, cinnamon sugar rim), and something that can be taken into the cold winter months.

I mean this is the idea cocktail to sip near an outdoor bonfire in late October OR in a cozy living room next to a fire in February.

It’s also easy to make just ONE of these drinks. Make one for yourself tonight for happy hour. Save the brown sugar syrup, use it in your coffee for the weekend. 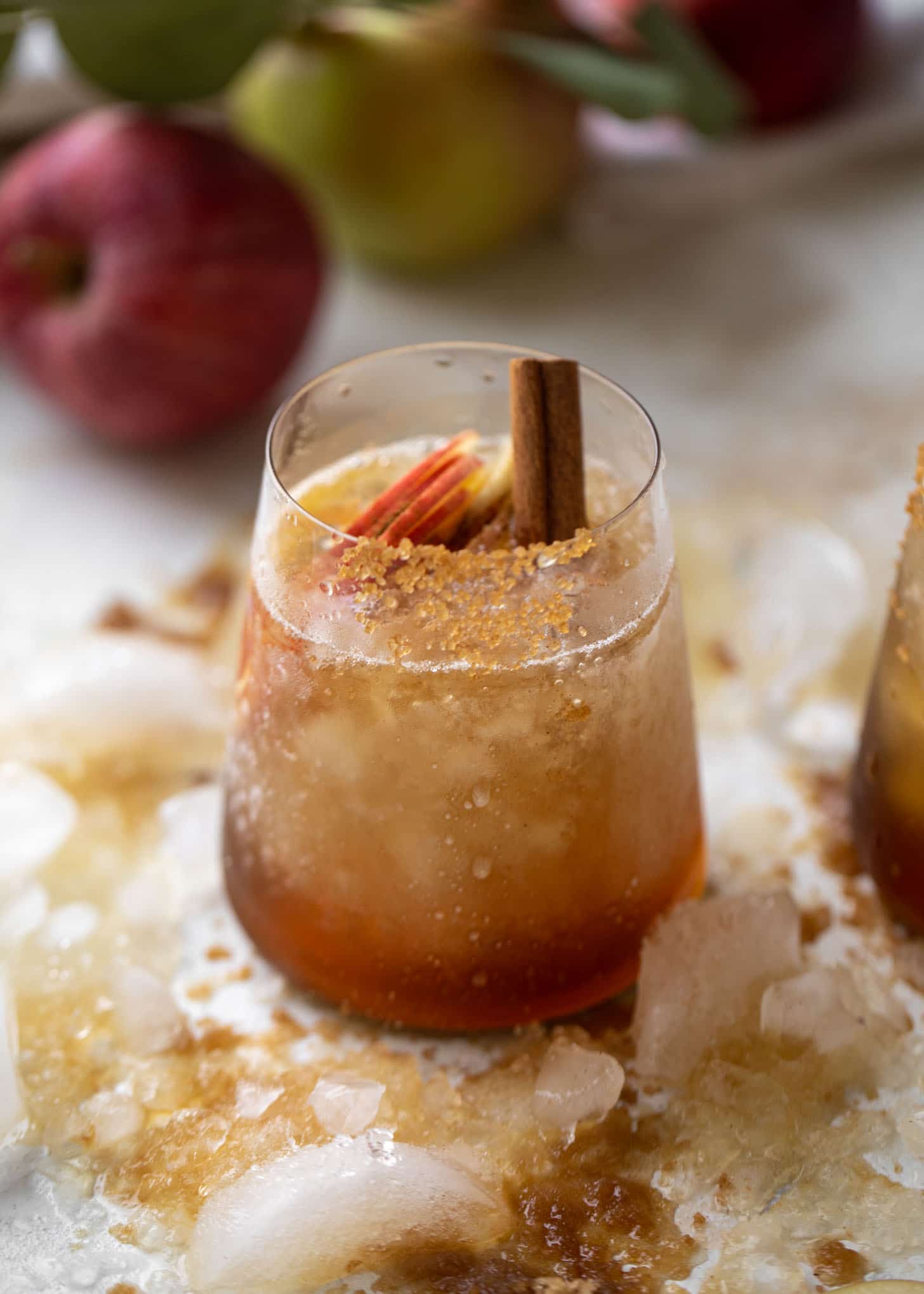 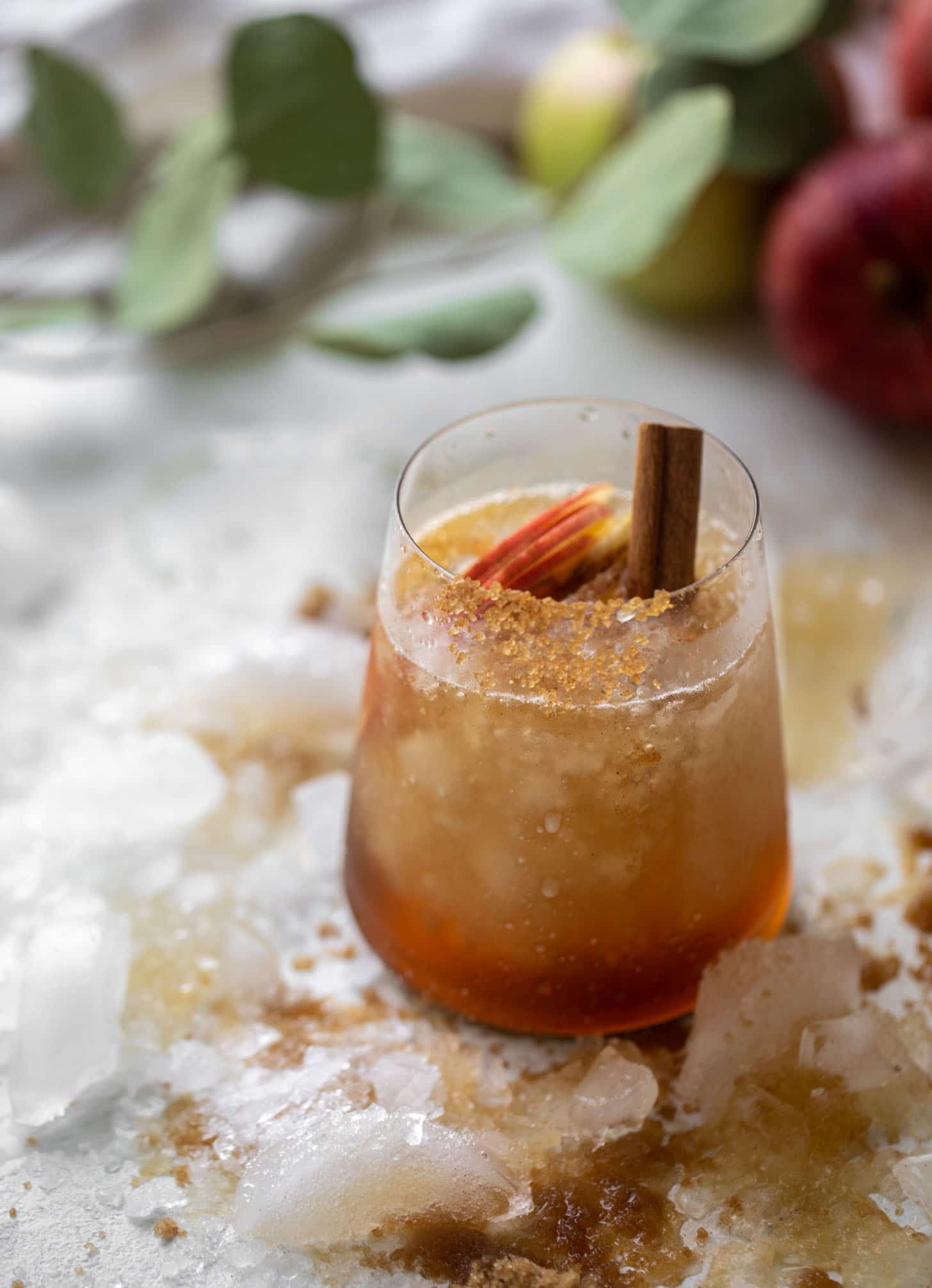