by Jessica September 1, 2011
I’d so love to tell you that this quick bread is different a million times over than other quick breads – say banana, pumpkin or apple spice. But that would be a lie. 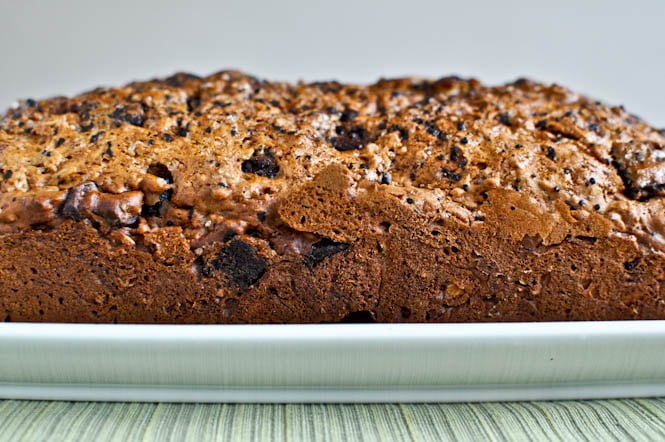 This bread is just like all those other breads. Completely devourable and best served in skinny slices since they are virtually calorie-free. But you know that by now. And you’re totally freaking out about those black specks all over the top, but it’s just that weirdo sugar + chocolate + coffee grinder from Trader Joe’s. So chill. Another {delicious} option would be to use some raw turbinado sugar because it’s extra crunchy. Texture is my jam. 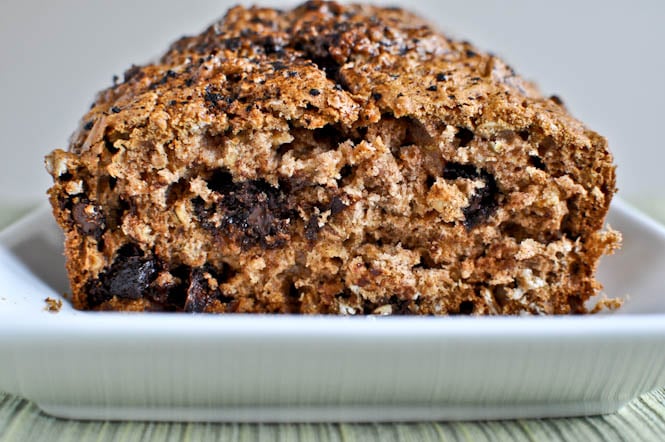 This marked the second time I busted out the Trader Joe’s chocolate coffee grinder; the third being yesterday morning when I threw it on top of some oatmeal. It had been nearly a year since I made a steaming mess of porridge, so not only did I forget how to make it, my end result was an overflowing pot of mush. And it just reminded me that I don’t really like oatmeal that much to begin with. Gross. But! I figured out a way to finish that bowl. Twist the grinder, take a bite. Twist the grinder, take a bite.

Don’t judge. That would be rude. 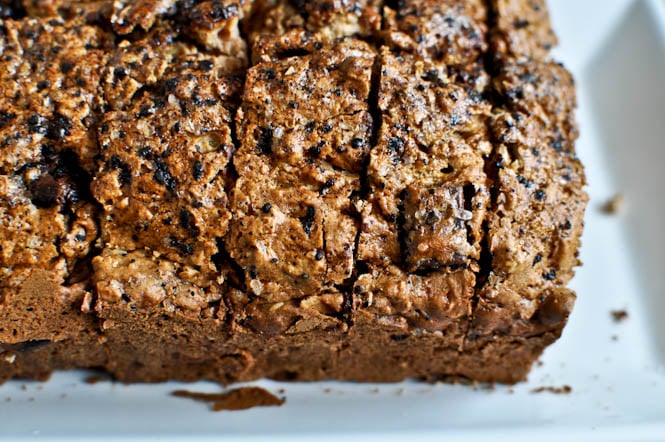 So yeah. I’d much rather eat my oatmeal inside of things, like cookies or even cake and especially bread speckled with chocolate chunks. And this even tastes like a cookie. Best of both worlds if you ask me.

On an unrelated note, can you tell me how in the world it is September 1st? What the what? Where is the time going and why am I getting old and why do the days feel approximately 4 seconds long? Is the world ending? And on a second unrelated note, today is my brother Andy’s birthday. I’d give you his address to send him some cookies but that would be creepy, so a simple happy birthday should suffice. Or we could just throw a giant party with copious amounts of food. Now wouldn’t that be swell? 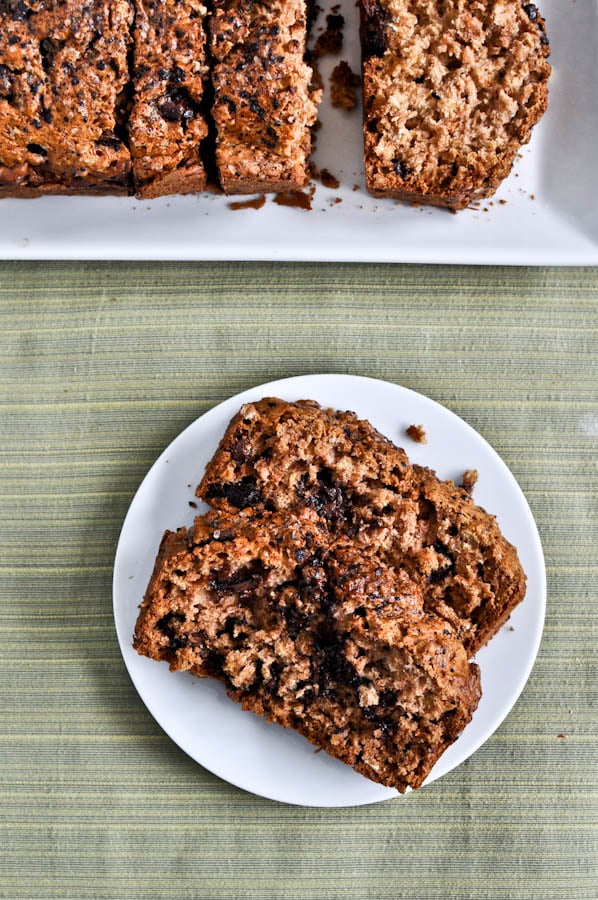 Preheat oven to 375 degrees F. Lightly butter a loaf pan {mine is 9×5}. In a bowl, add flour, oats, cinnamon, salt and baking soda together and mix. Set aside.

In the bowl of an electric mixer, beat butter until creamy then add sugar. Beat on high speed until fluffy, scraping the bowl down occasionally – about 3-4 minutes. Add in egg and mix until fully combined, then add in vanilla and do the same. Add half of the dry ingredients. Once combined, add the buttermilk, then the rest of the dry ingredients. Scrape down sides and mix on low speed until completely incorporated. Fold in chocolate chunks. Pour batter into the buttered pan and sprinkle with coarse sugar if desired. Set on top of a baking sheet and put in the oven. Bake for 40-45 minutes, or until a toothpick inserted in the center comes out clean. Let cool for 30 minutes before serving. 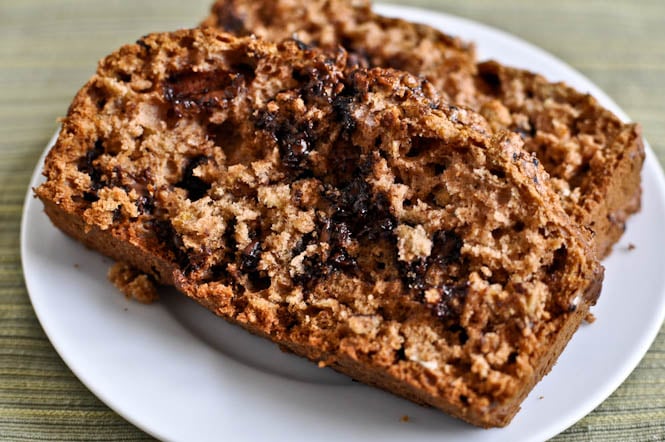