This is how I know it’s officially summer. 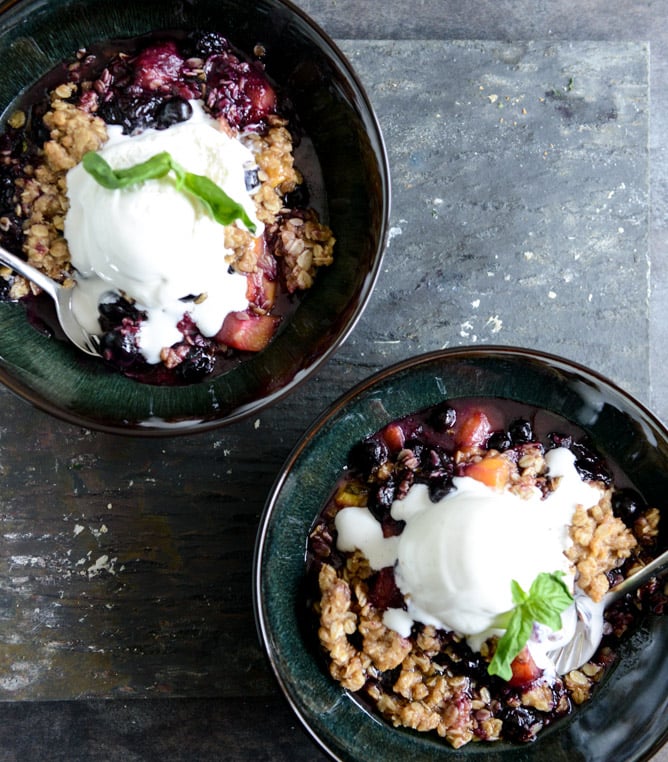 with a crispy topping

And you can bet that I’m the person who steals all the crisp or crumble or cobbler off the top, leaving the fruit. It’s just sooooo good. 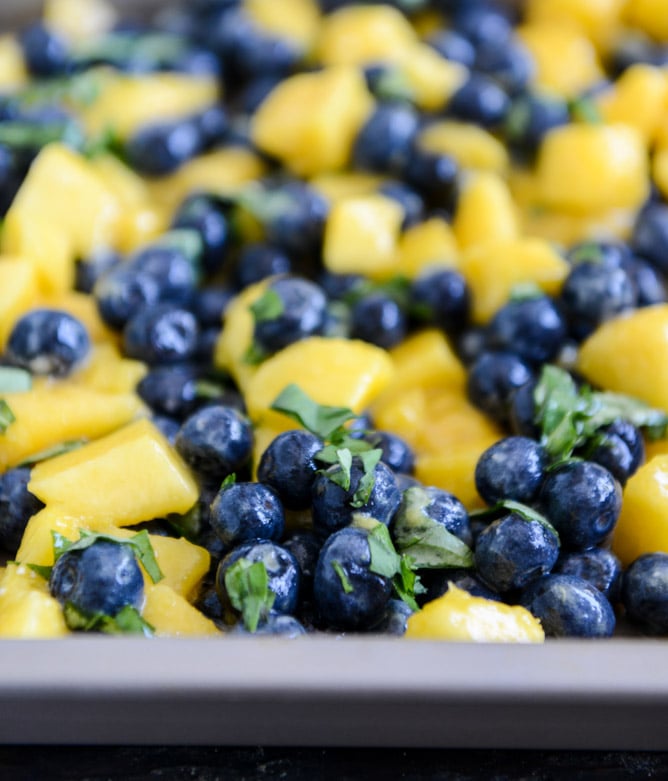 [My peaches look like mangos. Sometimes I think my camera is on steroids.]

I know I tend to lambast anyone who claims that fruit is dessert, but I really love a good crisp – especially when blueberries are involved. It never fails that I’ll almost always choose cheesecake over cobbler, however that may be changing. I think it’s the whole hot/cold thing. Hot fruit, cold ice cream. Crunchy texture. I’m all over it.

Oh oh oh and you know how I go through phases of things like burgers and salads and pizza?

I cannot get enough roasted fruit. You don’t even want to know what I’ve been roasting. Yes, I’ve done plenty with it in the past but these days the wheels are turning like never before. I want to roast everything, I want to roast it together, combined, with spices or plain, stuff it in savory or sweet things and just eat it until I’m completely ill. So now that it’s fiiiiiinally summer (how many times have I said that in the last two months?), desserts like this are outrageously appropriate. After dinners like this, of course. Speaking of dinners, last night I had a total meltdown about why nobody can make me dinner on the reg and what do I want to eat and I’m hungry but nothing sounds good and maybe I should just eat this entire bag of Snapea Crisps while I decide what I want to eat and I’m so restless and I have ten million things to do but I am super glued to the corner of the couch watching two episodes of Full House on Nickelodeon and there are videos on instagram now and it’s giving me anxiety and then I end up eating a bowl of peanut butter puffins for dinner. Never underestimate the power of puffins.

Also when I’m in meltdown mode I write large wall-like blocks of text. Is there anything more annoying? The crisp has just a hint of herbalness (which is now a word, I suppose) – nothing offensive whatsoever, unless of course – you find basil offensive. It’s simple to leave out if that’s the case. You can even try other weird things like rosemary or thyme or mint. That’s what it’s all about. I love being weird with you. Is that not the best part up there?