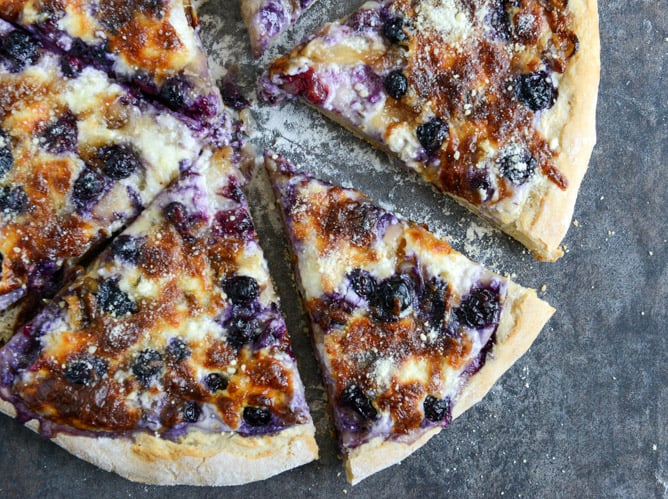 This isn’t weird. I swear.

But this pizza? It made me crazy.

While we were on vacation a few weeks ago, I ordered this pizza (err, I should say a pizza like this) and was SO FREAKING EXCITED to eat it. I was psyched up. Twenty minutes later the server came back and told me they were out of shallots and that the chef wouldn’t sub anything, so I must choose something else. Wah.

I was quite deflated. I was seriously looking forward to and, somehow, craving blueberry pizza. I think we know how blueberry nuts I’ve been the last few months. A special kind of nuts.

We went back to the same restaurant two days later, partially because it’s delicious but partially because I wouldn’t shut up about the stupid pizza that I was thisclose to eating. So. I order the pizza again.  ……

It’s off the menu. It was seasonal. The seasonal menu had switched in the last 48 hours.

They are super strict with the menu. They won’t make it. 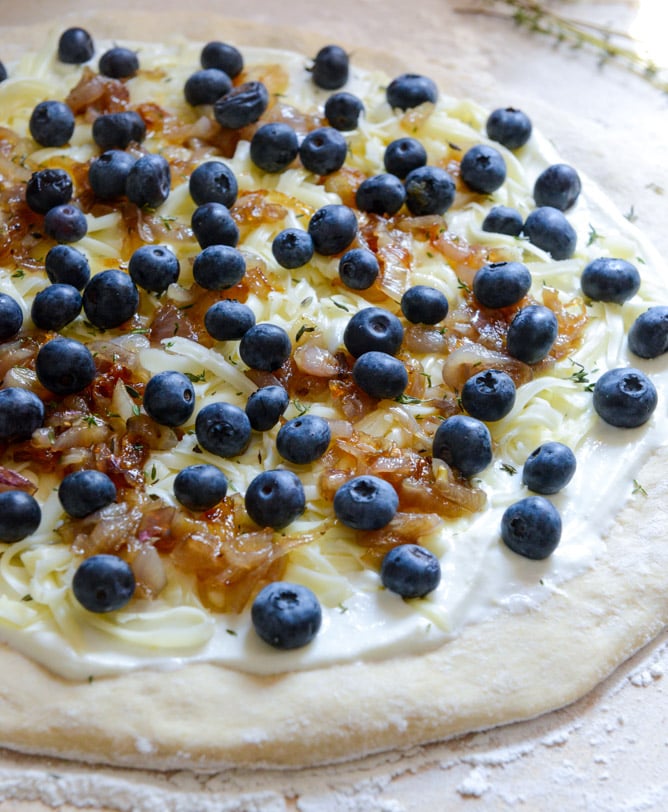 I was just intensely disappointed. Because, you know, blueberry pizza sounded weird and I love weird. And I am weird. No, not the type of like oh-I’m-a-girl-and-am-going-to-say-I’m-weird-to-try-and-be-relatable-and-cute kind of weird. I am talking WEIRD weird. Like sit-in-my-kitchen-and-listen-to-only-Kenny-Loggins-for-an-entire-day-and-have-an-actual-crush-on-Steve-Buscemi kind of weird.

Along with the chocolate potato chip ice cream I made on the day of my return, this was on the list. I was recreating it but had nothing to go off of aside from my super duper memory (which is super duper, it’s really a guy/boyfriend/husband’s worst nightmare, just ask) – which only consisted of what I remembered hearing the server tell me. Nothing in print.

All I conjure up in my brain was ricotta, blueberries, lemon and thyme. I whipped the ricotta, obviously. Like I can barely eat feta and ricotta these days without whipping the stuff. Darn good.

I added the blueberries. A little thyme. Some of my own cheese, i.e. copious amounts of EXTRA cheese.

Ate my face off. 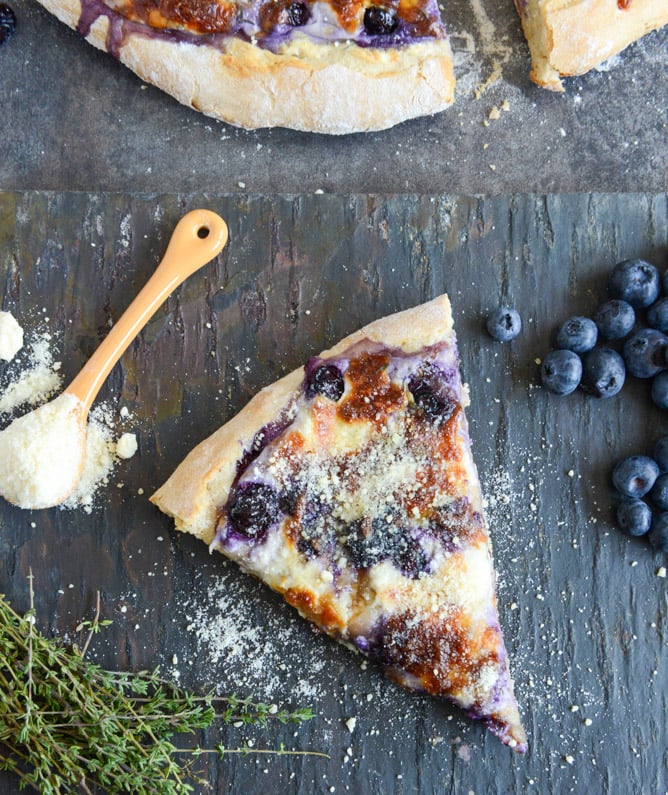 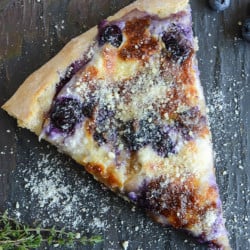 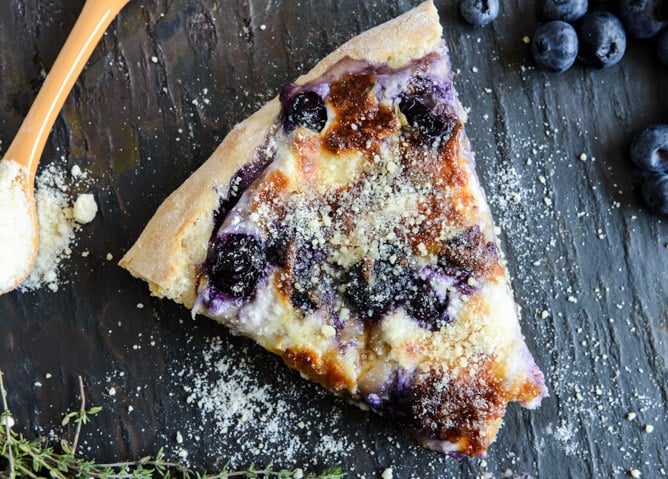 And it’s been three whole weeks since I last shared pizza (well, aside from the update this weekend), so maybe I’m growing up.