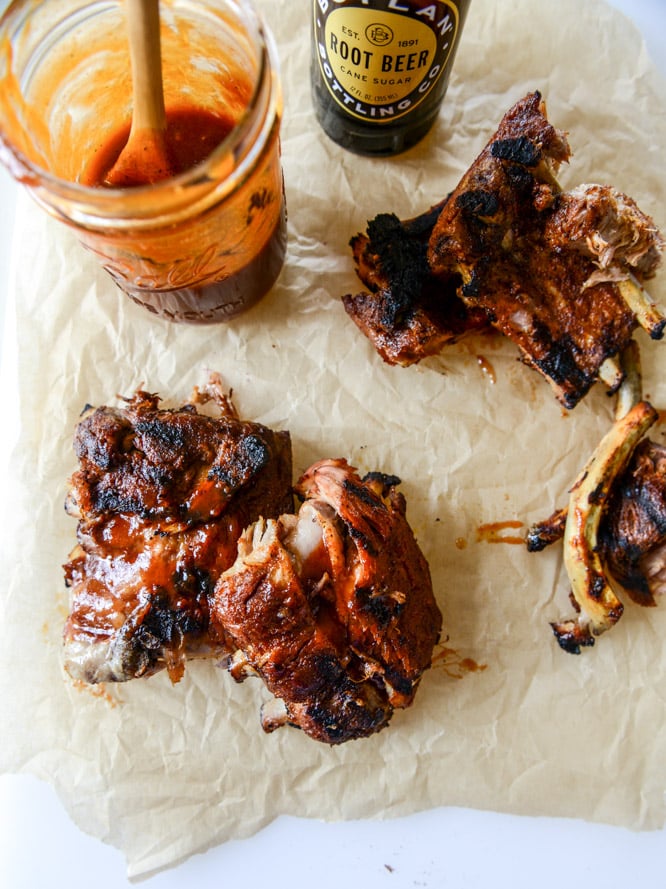 Never have I ever wanted to faceplant into a pile of meat. Until now.

A ribs girl, that’s what I can call myself? I want to be a summer cliché and grill ribs every weekend. Can we do that? Let’s do that.

Previously, ribs sort of fell into that category of things that require lots of work to for little return. You know? Like chicken wings? Like crab legs? All delicious, but so much work for just a few bites? 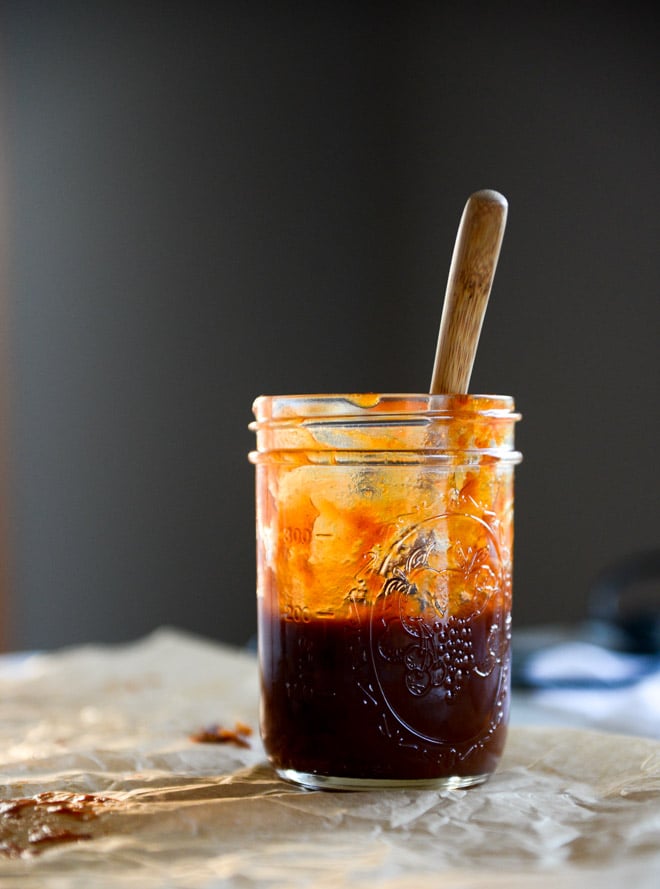 But now. Gah. I can hardly take how in love I am with these baby back ribs. I did a bake-then-grill method with the ribs blanketed in spices and finished off with BBQ sauce.

And not just any BBQ sauce, but a root beer BBQ sauce based on the vanilla bourbon version in my cookbook. It’s dreamy. I crave it. It’s stockpiled in my fridge right this very minute.

The end result was fall-apart, super tender meat – but complete with charred crispy bits on the outside from the grill. This was TO DIE FOR. It was also so so so much easier than I anticipated. I’ve been intimidated by ribs before – I’ve made them a few times and they’ve come out tougher than I’d like. This method is no fail. The ribs are so juicy after baking that they almost fall apart on the grill, so the only thing you must do is work fairly quickly. 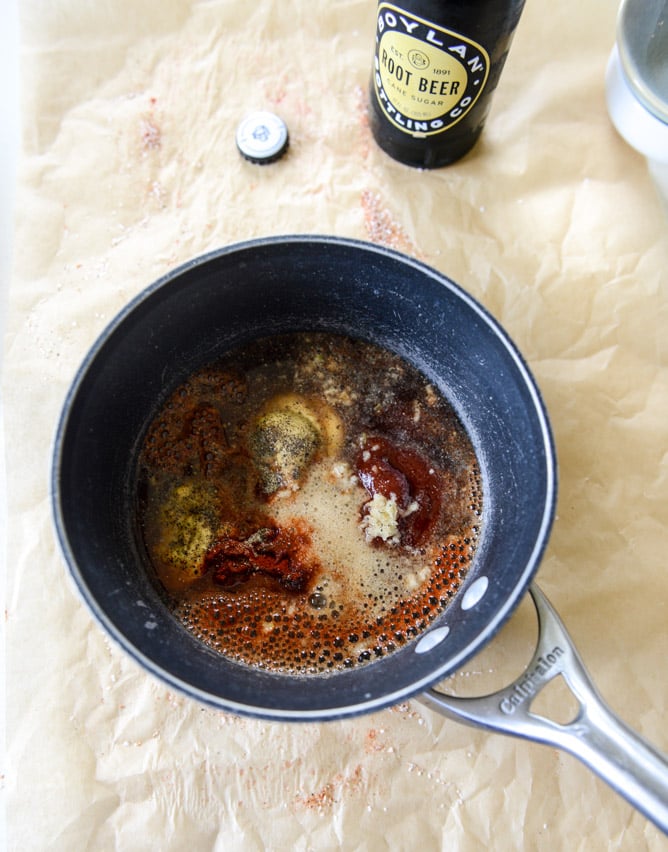 Eddie was afraid that the sauce would taste TOO much like root beer, but alas. It’s delicious! It’s smoky and sweet and only slightly root beery.

We miiiight have stood over the baking sheet of ribs and went to town, way before even sitting down for dinner. Like a cookie binge, but with ribs. Do you get me? Throw this on your Father’s Day menu, maybe with some perfect pasta salad (if you follow me on snapchat, you might have seen that over the weekend I made a bacon bleu pasta salad with grilled corn, tomatoes and tons of fresh herbs… omg) or even a grilled romaine salad. You can do chocolate cake or shandy floats for dessert – how super fun! Can’t go wrong with a burger and you should probbbbbably make a cherry pie with amaretto cream.

Can you tell why I’m the absolute worst at giving menu suggestions? What are you making? Just make all the things. All the time. 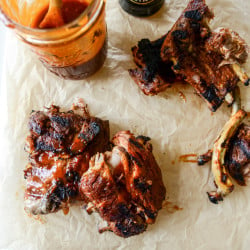 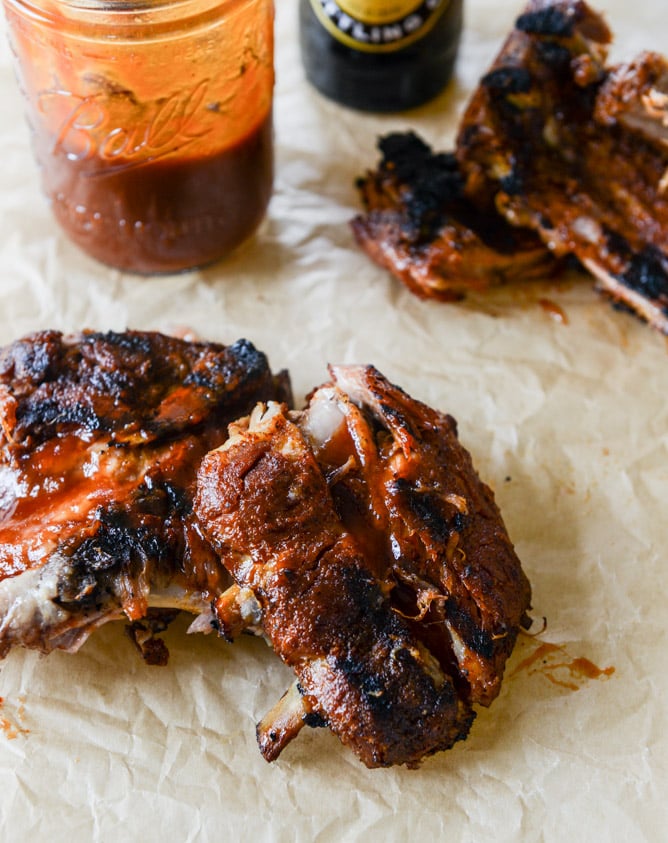