This is how you make the easiest Thanksgiving side dish in the universe. It’s no where near the prettiest stuffing, but oh my WORD. I loved it so much. Freaking slow cooker stuffing?! My favorite way to eat stuffing is after it’s, well… stuffed… in the bird. I know this freaks a ton of people out but oh my gosh, it is just so, so flavorful. I adore it. I will always reach for that bowl first.

The only exception that I make is that when there is a big separate pan of stuffing (dressing?), and it has the crispy edges?

I try to steal them all for myself because they are so delicious. This texture freak loves that crunch, even if it’s already been drenched in gravy. Which reminds me! Are you a gravy-all-over-the-plate kind of person? Or do you put it exclusively on mashed potatoes?

I unapologetically blanket my entire plate in that good stuff and live it up. I mean, I even LIKE when my canned cranberry sauce accidentally on purpose touches the gravy.

How grossed out are you right now?

Also important to note: while I am of the camp that #celeryruinseverything, I will eat stuffing with celery in it! I didn’t add it here and used mushrooms instead, but if you’re into the celery, go for it. 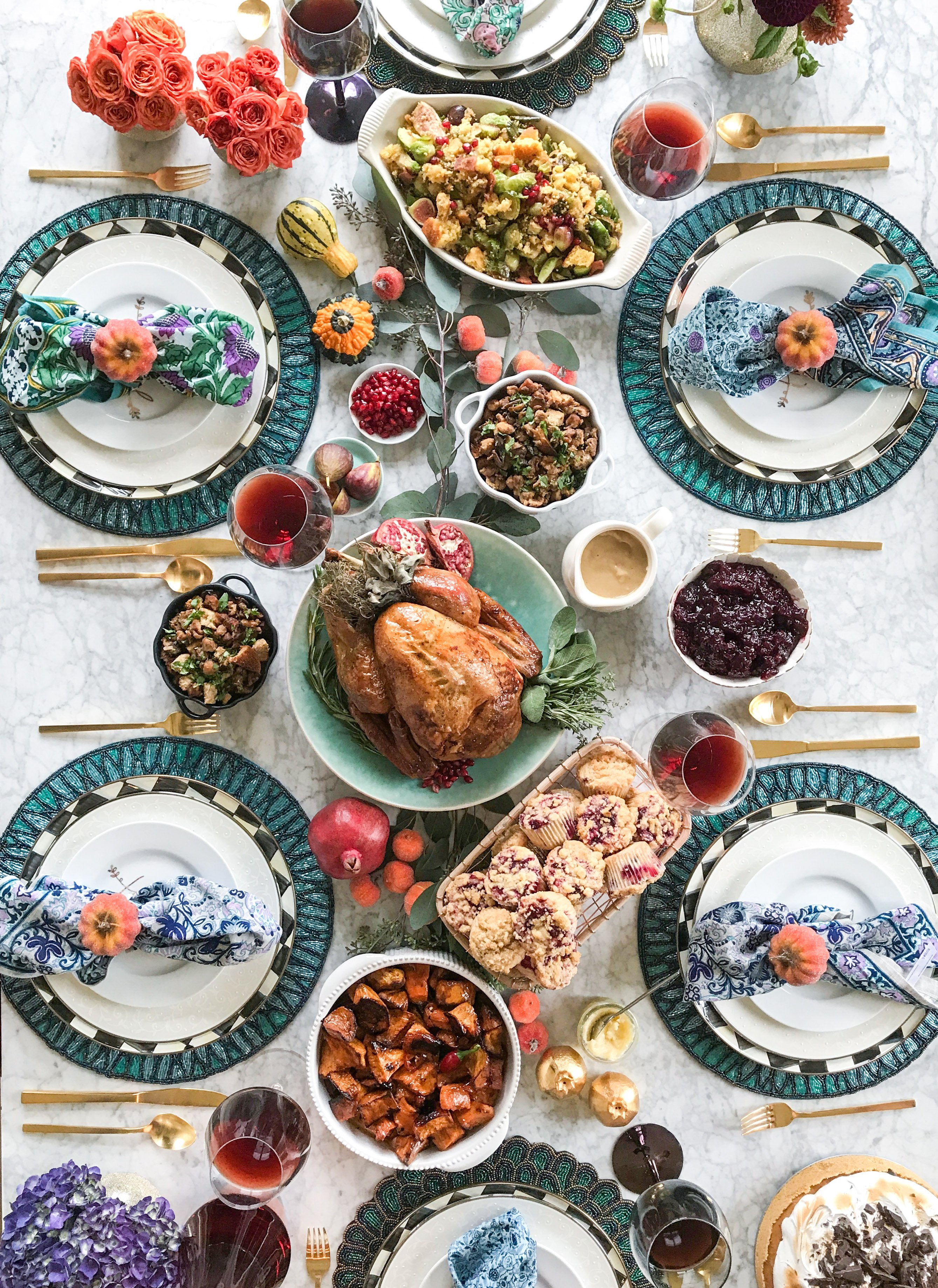 But back to our stuffing. While this isn’t IN the bird, it stays super moist (no, there is no other word to use unless you’re okay with “wet stuffing”) and flavorful in the slow cooker AND the rounded edges get a bit of that crisp!

I can’t believe it but this year for Thanksgiving, I’m actually going to utilize my slow cooker for something. As much as I loved this stuffing, I might be using it for mashed potatoes because I still want to put stuffing in the bird. With this method, I find it’s best for a Friendsgiving meal, a meal where you are actually transporting the stuffing to the holiday gathering, or a non-holiday meal!

Heck, why can’t we just be eating stuffing like once a month for dinner? Should probably start making that happen. Note: I have a slow cooker that you can saute and sear in (it’s amazing!) so I can make this all in the slow cooker. If yours does not do that, you’ll have to use the pot to start the recipe, then transfer everything to the slow cooker. Still no big deal!
Course: Side Dish
Cuisine: American 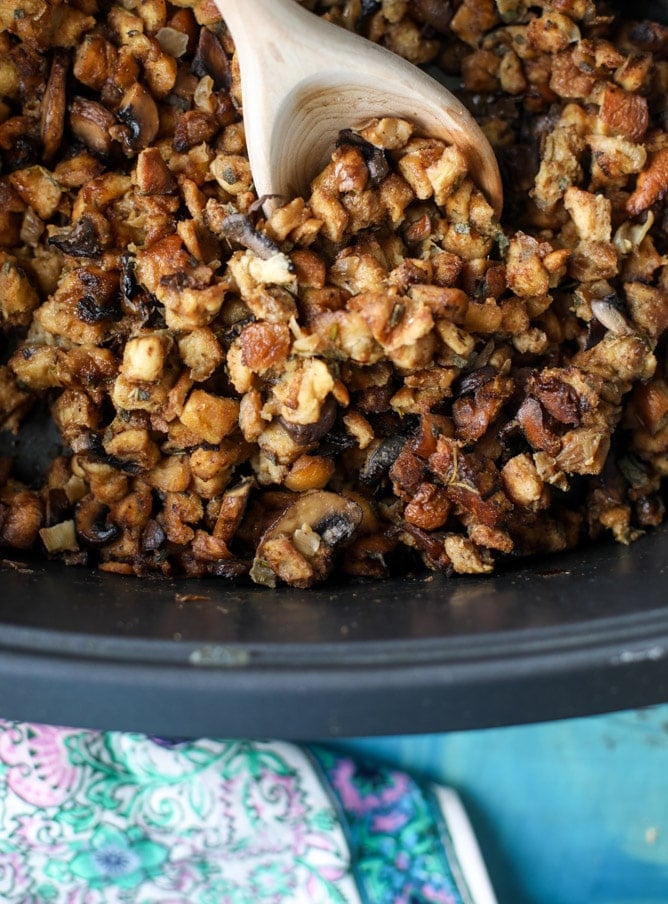 Ohhh and if you need an idea for leftovers… you can totally make these or mashed potatoes into WAFFLES. Yep yep yep.