Zucchini pie might be the only thing I want to eat for the rest of the summer. It’s true though. This zucchini pie is TOPS. And here we have a blog post with the word “pie” in the title and entire paragraphs that will NOT consist of me complaining how difficult it is to make pie crust!

Because there is no crust.

I sort of sometimes think that crust here would be a good idea. It would be zucchini quiche then, I guess. Both ways are delicious.

And both ways get us eating some goodness straight from the garden.

It’s an exciting thing here, because until this my number one preference would be breaded and fried zucchini rounds and no one has any time for that. 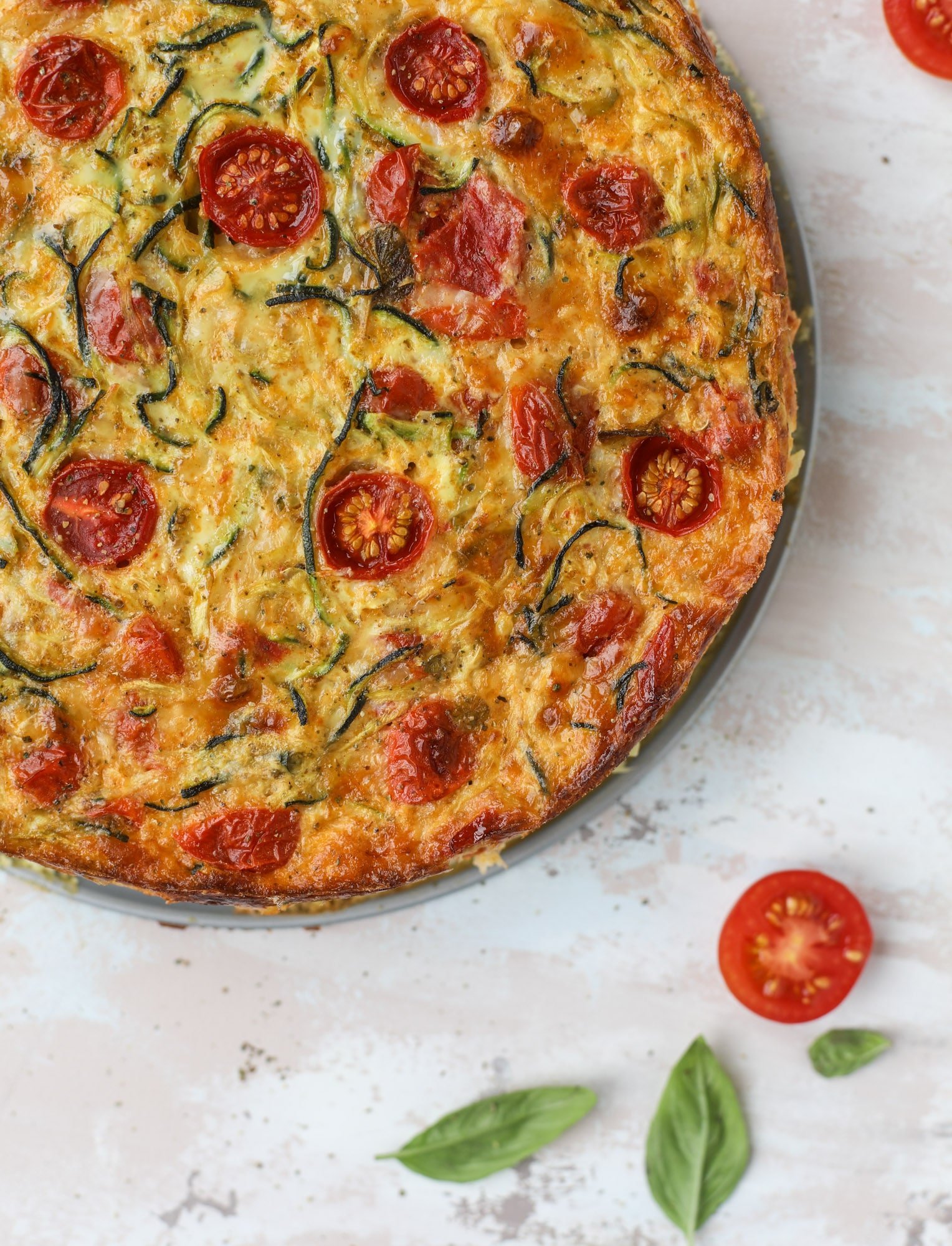 This zucchini pie is sort of like a frittata with spiralized zucchini! Some eggs, a little cheese, tons of blistery, garlicky tomatoes. It can be a full meal with a salad or even a side dish at a party or something. It’s ridiculously versatile!

And we all know that those are my favorite meals. So you could probably also use grated zucchini in this. The key is that you have to reeeeeallllly squeeze all of the liquid out of the zucchini. I mean, after I did this I felt like I had carpal tunnel, I was squeezing and twisting and turning the towel so much.

But the end result is worth it and it’s something that has to be done in the recipe. Because no one wants a wet pie. Nope.

After that part, you combine the zucchini with the aforementioned eggs and cheese and herbs. You toast some garlic and tomatoes in olive oil until your entire house smells divine (it will, trust me) and you fold that in there too. The whole mess goes into a springform pan – and the edges have to be wrapped in foil so nothing spills out. I learned this the hard way, oh yes I did. Three smoke alarms and a splattering of burnt cheese and egg later, I wrapped the dang pan.

However! You could totally make this in a pie dish or even a square pan and just cut out slices like that. Or squares. They may not be quite as pretty, but they will still taste like heaven. A little parm on this, some extra herbs thrown on top… this is your summer breakfast, lunch and dinner! 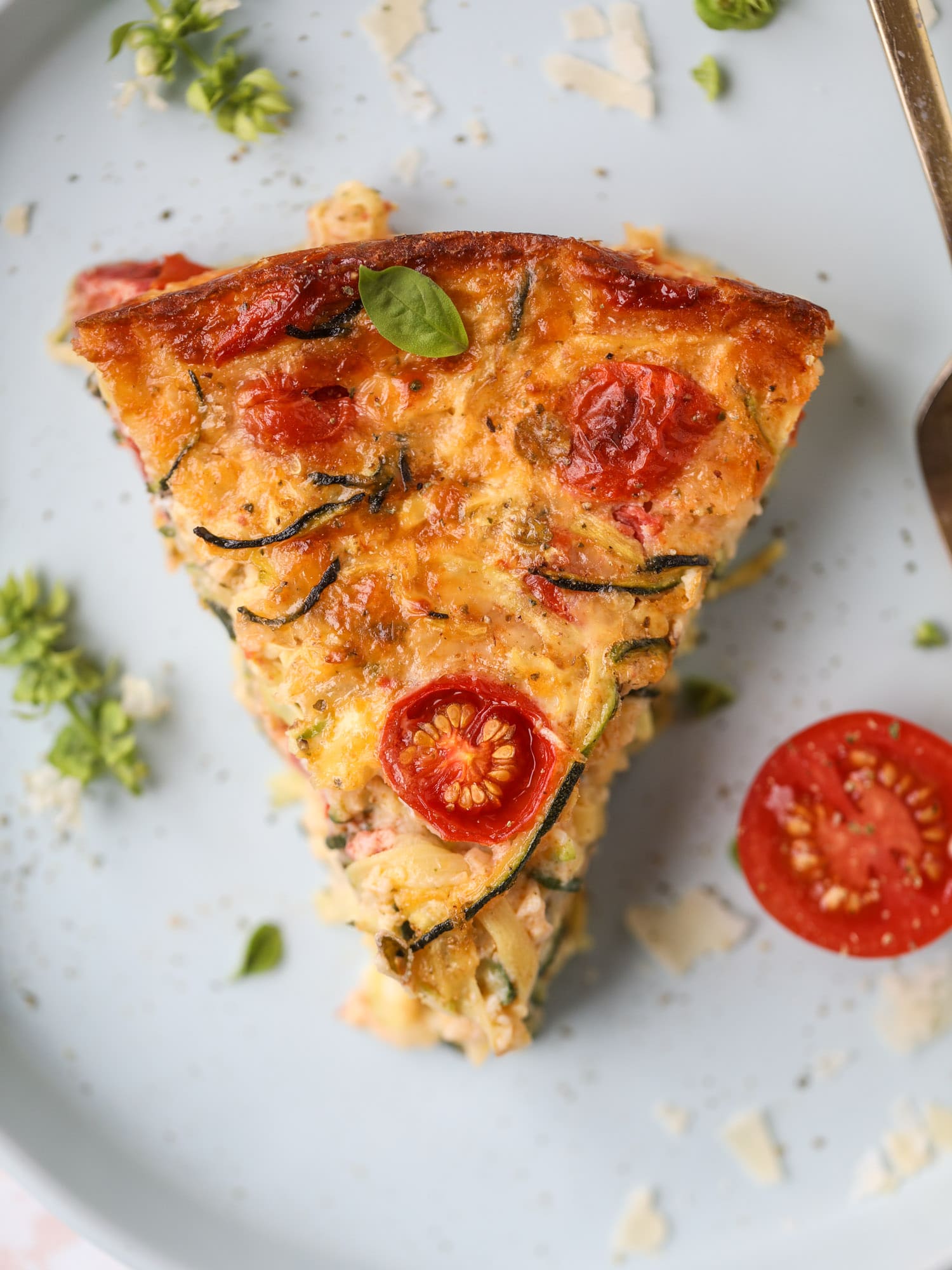 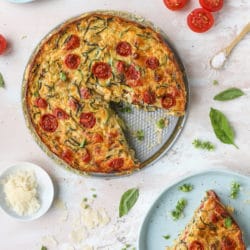 Heaven sent, I tell you.