My plans for the next month include a cider whiskey sour! 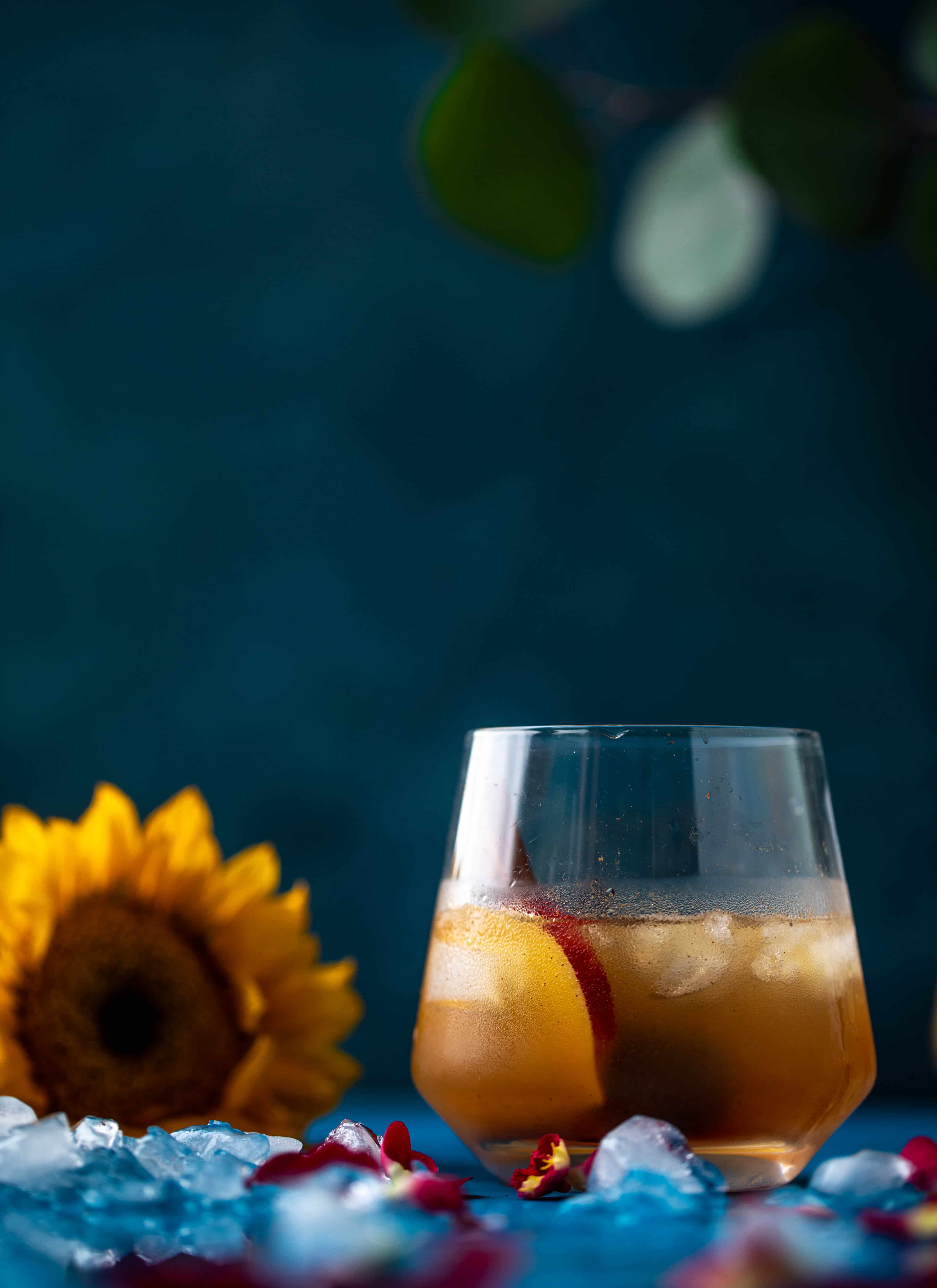 If you’re not a sangria person and the thought of apple cider margaritas make you cry, then the cinnamon cider whiskey sour may be for you.

I’m also going to pretend that I didn’t just spell cider like “sider,” but that’s neither here nor there. The interest is ruining my brain. 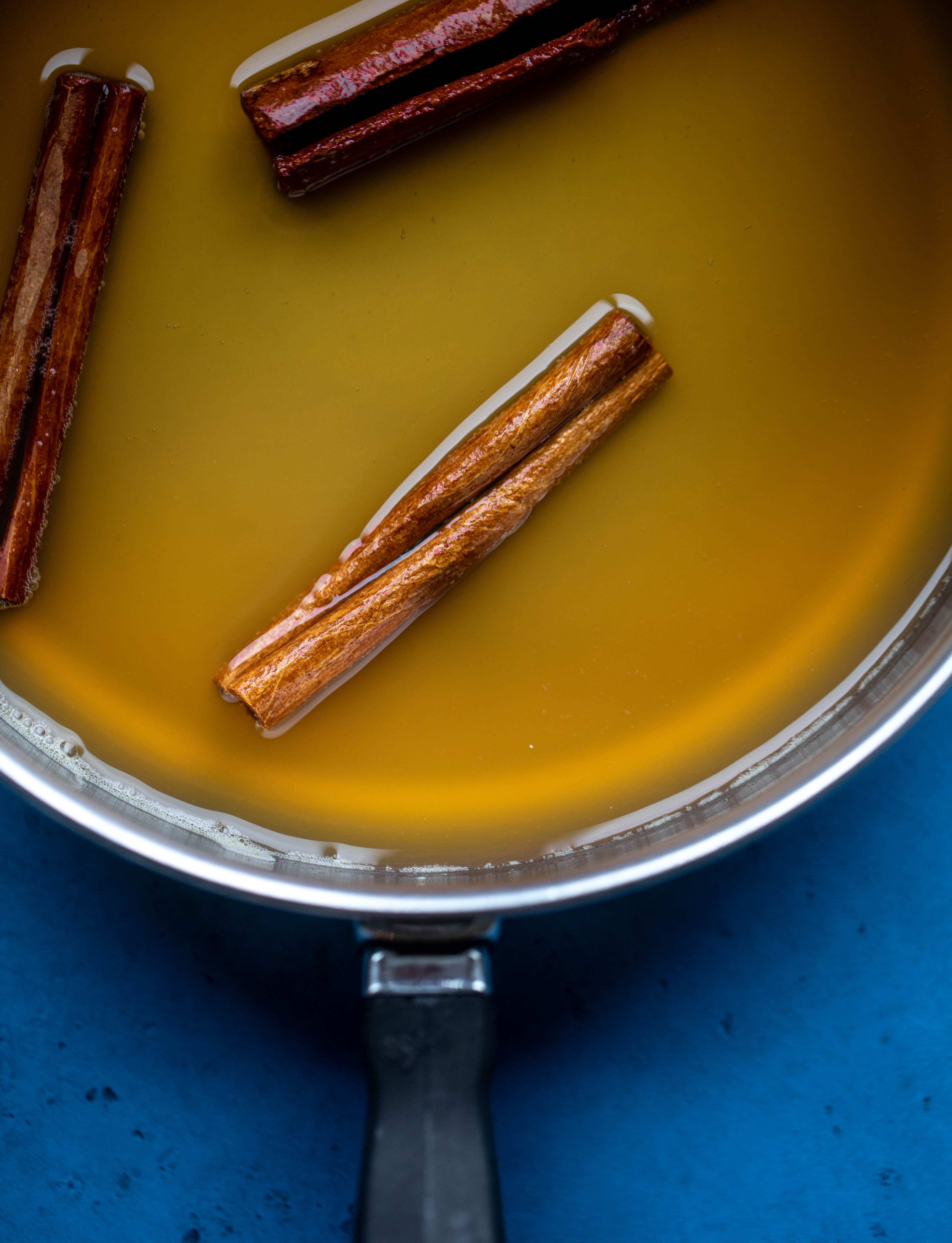 This drinks starts out with a cinnamon simmered cider. It’s super flavorful and can be an amazing addition to SO many of your fall drinks. It kind of reminds me of the autumn syrup in this mocktail cranberry cider punch, but without being syrupy. This is a quicker version that just adds some spice to the cider.

And then a whole bunch of flavor to the whiskey sour! In a super easy way. 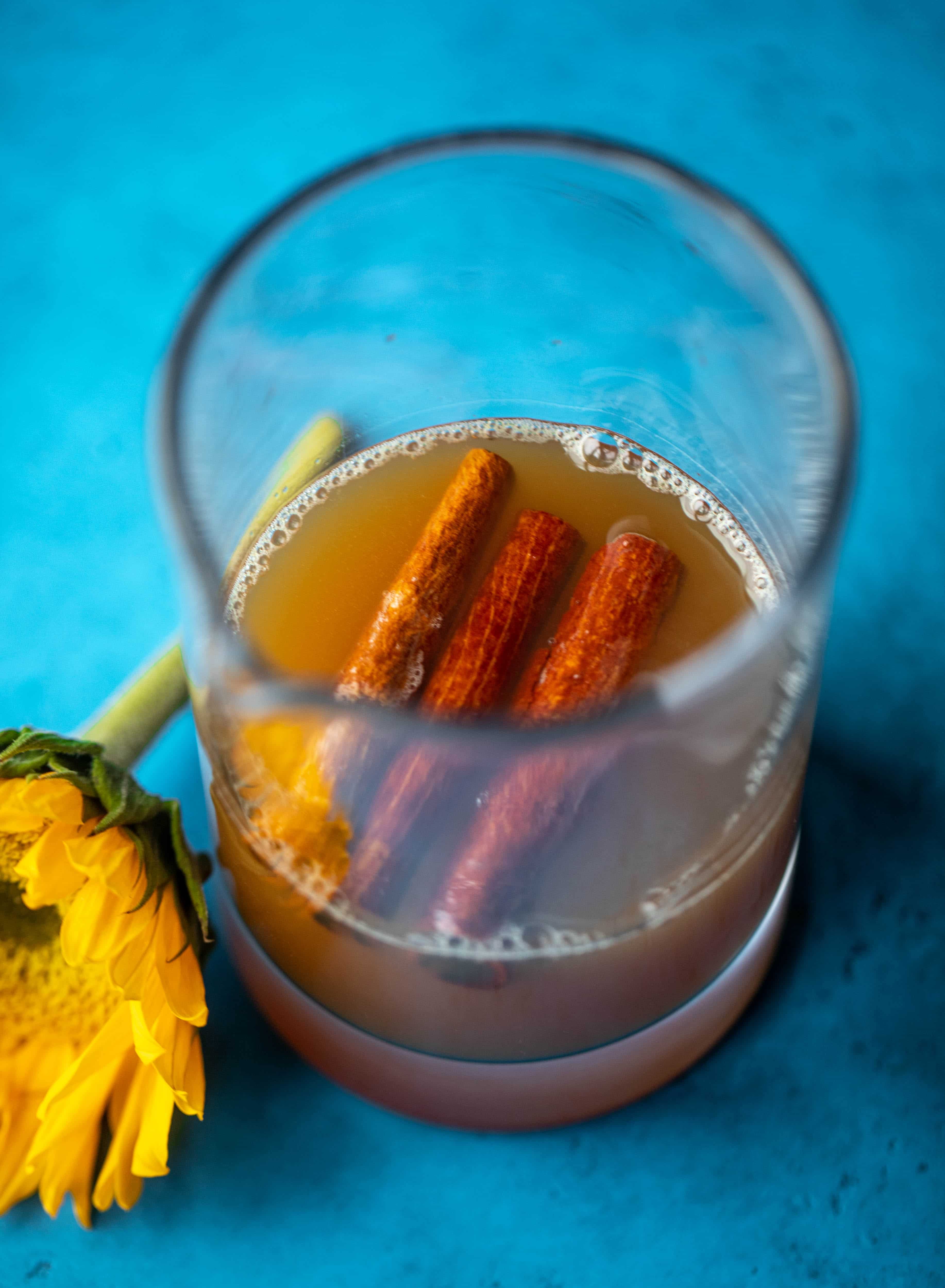 Whiskey sours were one of the first cocktails I had in college. Well, okay, an amaretto sour was first, and I’m prrreettttty sure my roommate and I got in a faux argument over it being called an armadillo sour. I just doubted myself so much that I googled “armadillo sour.” Amaretto sour was the first thing that came up so maybe it’s a legit question. Hmmmpf.

But! Whiskey sours came next and I actually ended up loving them. While it’s never my first choice of cocktail when I’m out, I find that there are very specific times when I want one.

Like if I’m sitting by a fire in autumn, listening to a jazz band or something.

Or if I want one drink that evening and it’s chilly out – I find a whiskey sour to be somewhat warming. 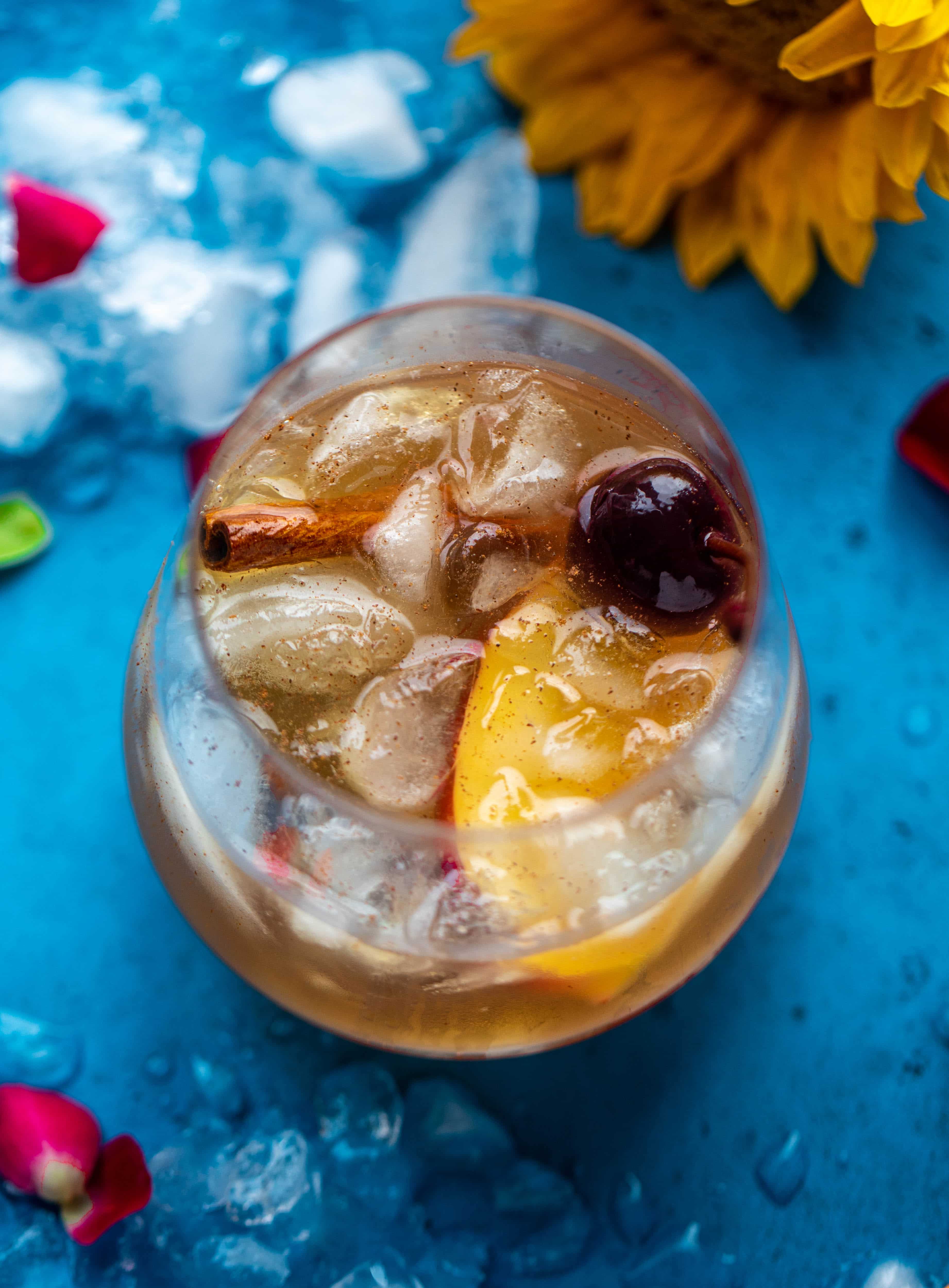 And that’s where a lot of the inspiration came from. Cool, chilly autumn nights, cinnamon-apple-y scents everywhere and drinks that warm you with spice!

Since I’m already trashing up the whiskey sour with cinnamon cider, instead of bitters and sugar, I finish this off with a splash of maple syrup. I find that it’s perfect for the season but you may not even need it! The cinnamon cider might be enough.

I mean, it’s so delish that I could take shots of cinnamon simmer cider on its own. 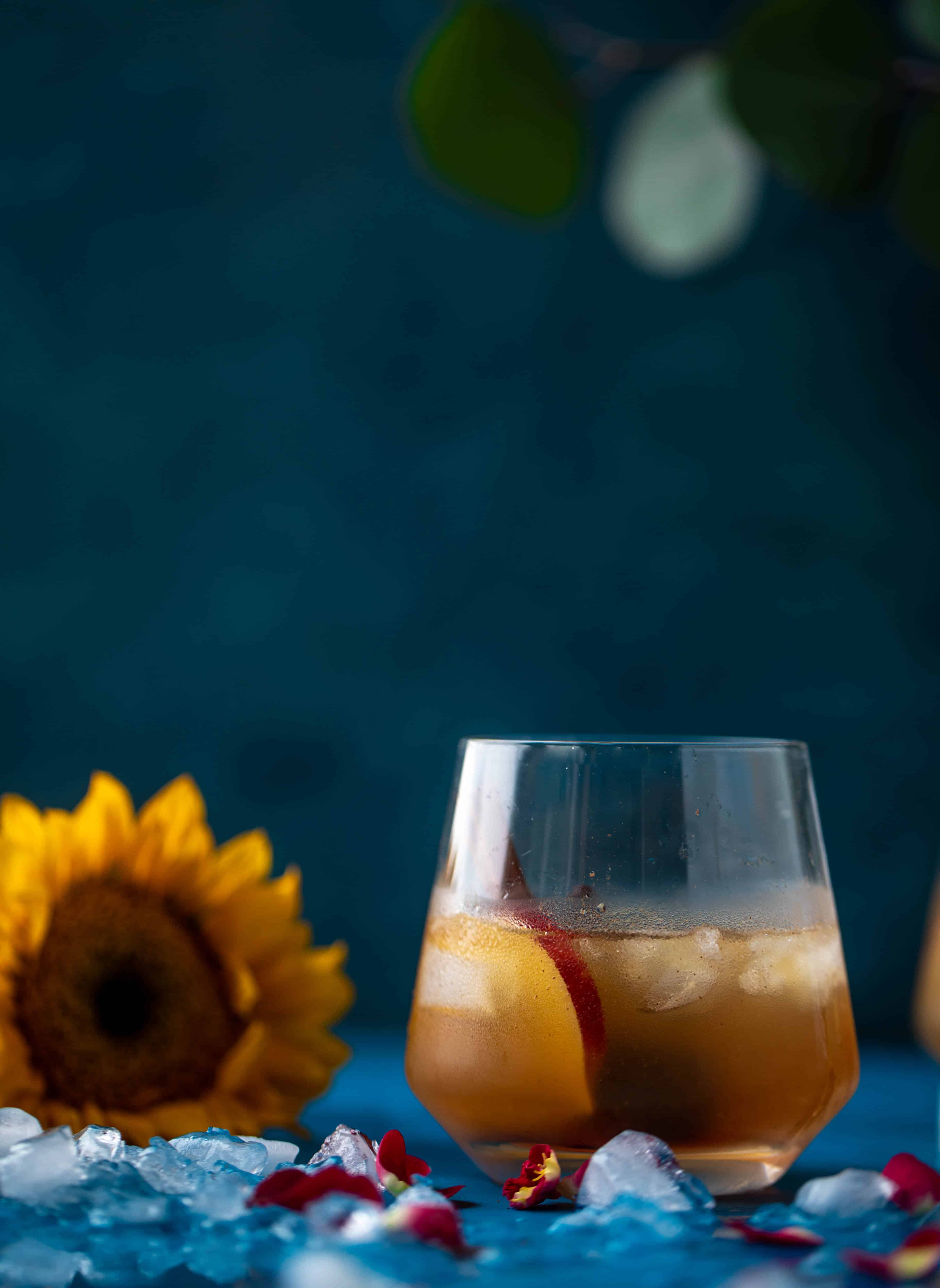 Prep Time: 30 mins
Everything I love about fall is in one little cocktail right here! If you love whiskey, this cinnamon spiced cider and splash of maple makes a sour so good!
Print Recipe Pin Recipe
5 from 2 votes
Leave a Review » 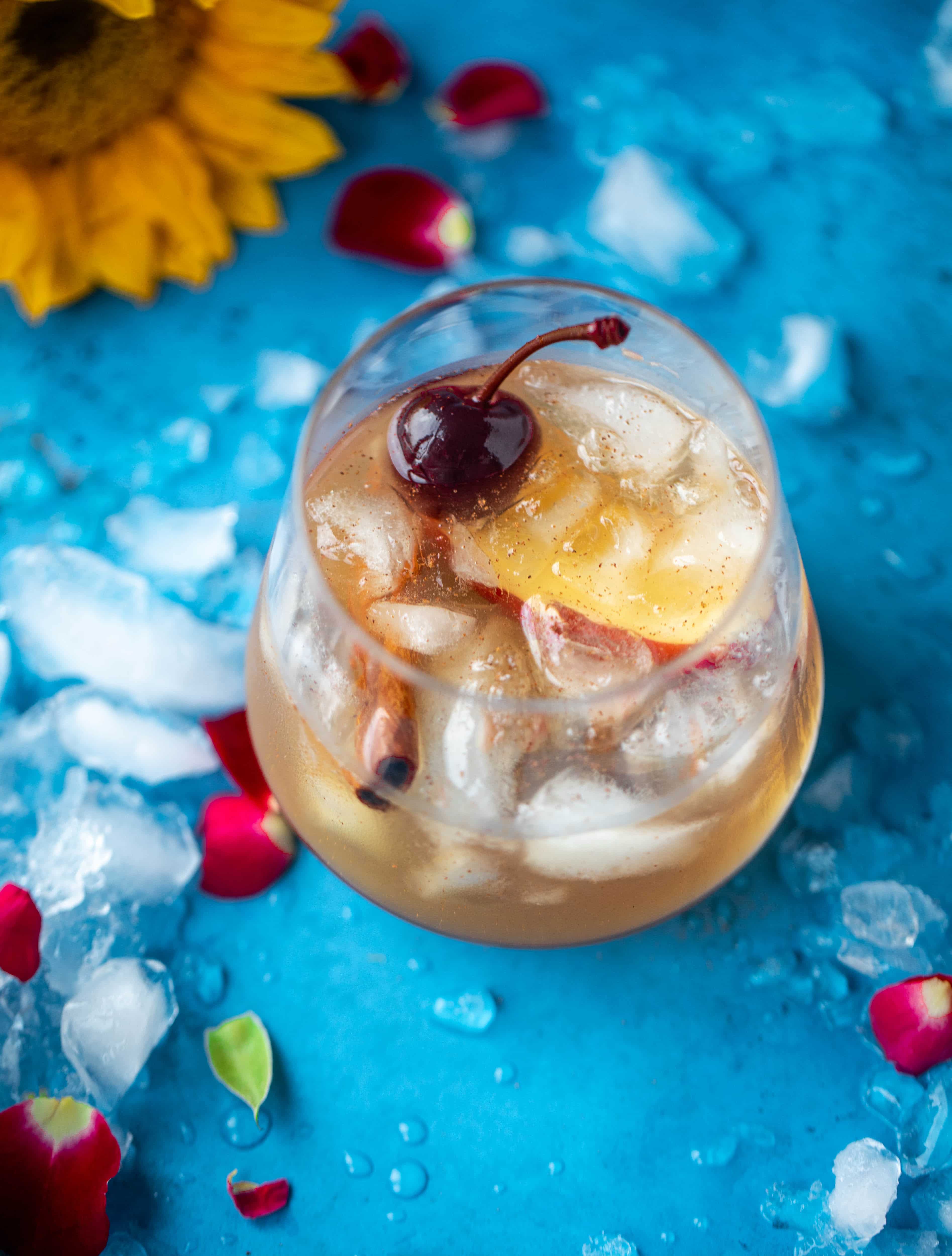 Now let’s please go sit at a bonfire with these and s’mores.