This post is sponsored by Shady Brook Farms Turkey!

If you haven’t ever tried stuffed turkey tenderloins, today is your lucky day!

Dinner just got a whole lot more exciting. Cue all the exclamation points! 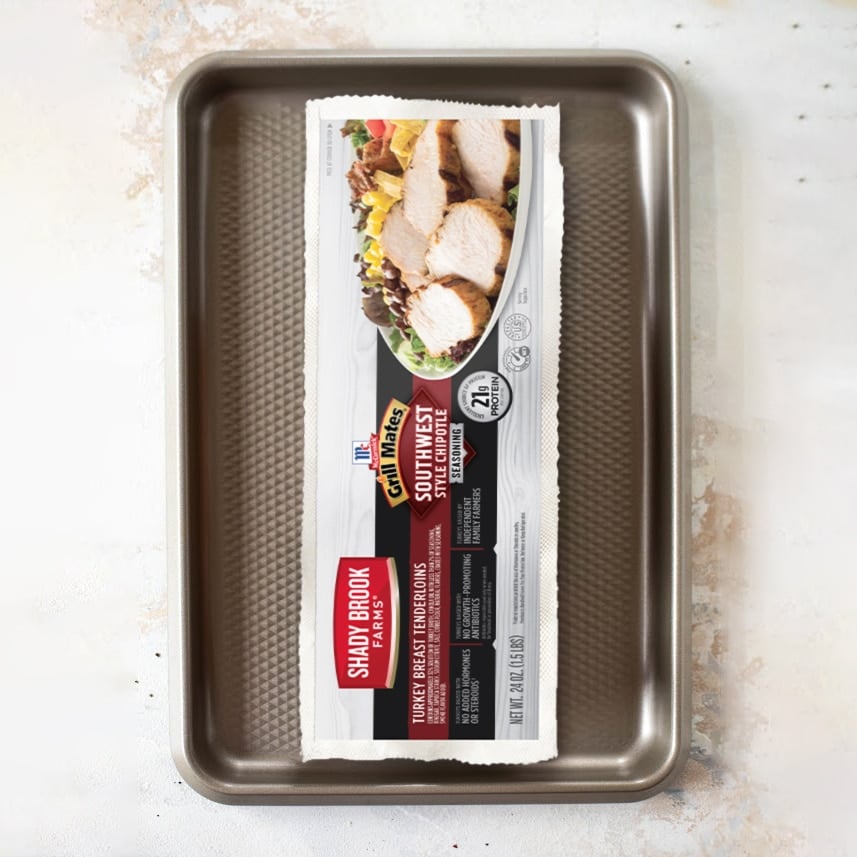 I have a newfound love – stuffed turkey tenderloin!

It’s no secret that I totally adore a good stuffed pork tenderloin. After all, I’ve made a version for practically every season!

So, it’s crazy to me that I’ve never thought to stuff a turkey tenderloin. In coming up with some healthier recipes for the new year, this topped the list. Super flavorful, something different than we normally eat and over-the-top delicious. 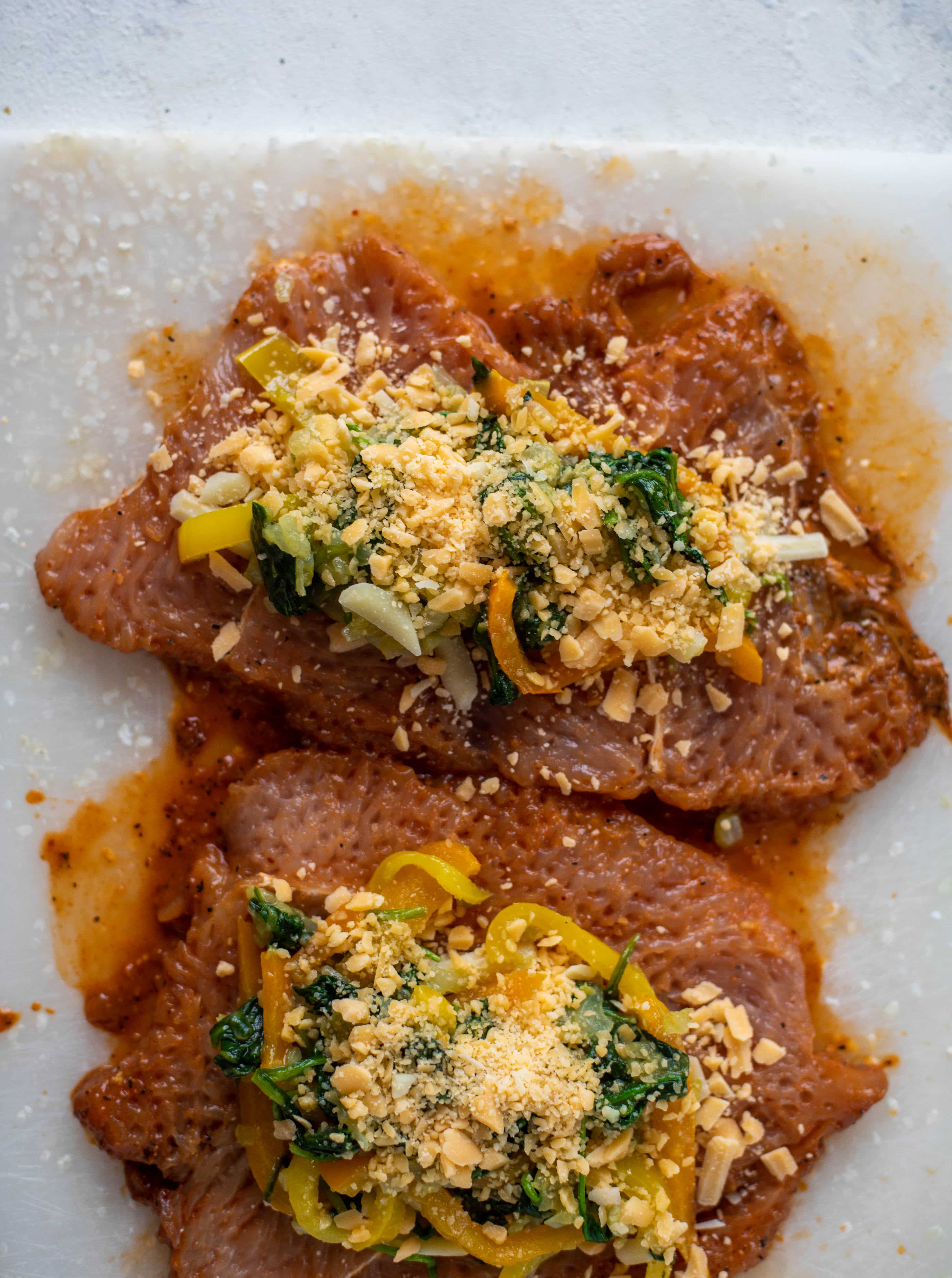 I’m so excited to be partnering with Shady Brook Farms again today, this time using their McCormick Grill Mates Marinated Tenderloins in the Southwest-Style Chipotle flavor. It’s like my dream flavor come true!

I love that Shady Brook Farms offers the tenderloins – and that they have them in delicious flavors like Southwest-Style Chipotle and Montreal-Seasoned turkey. There are so many options when it comes to stuffing them, and I wanted to make sure that I kept the Southwest flavor front and center. 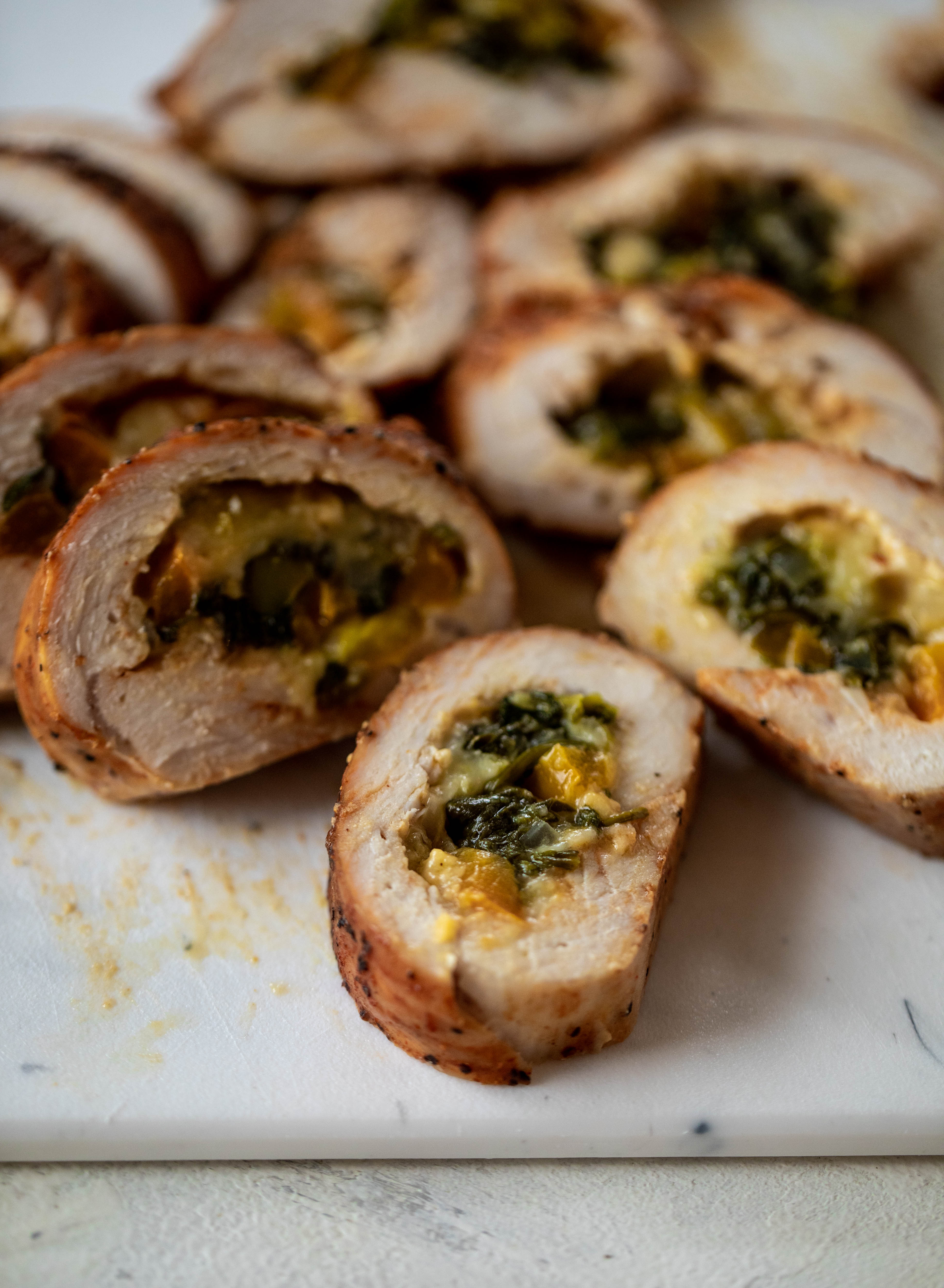 Since I didn’t have to season the tenderloin (thank you very much Shady Brook Farms, so easy!), I made a filling to go inside. Simple onions and peppers, combined with spinach (because #health, and you can’t even taste it! It’s like getting a bonus green in.) and sautéed until soft, then wrapped up with sharp cheddar cheese. 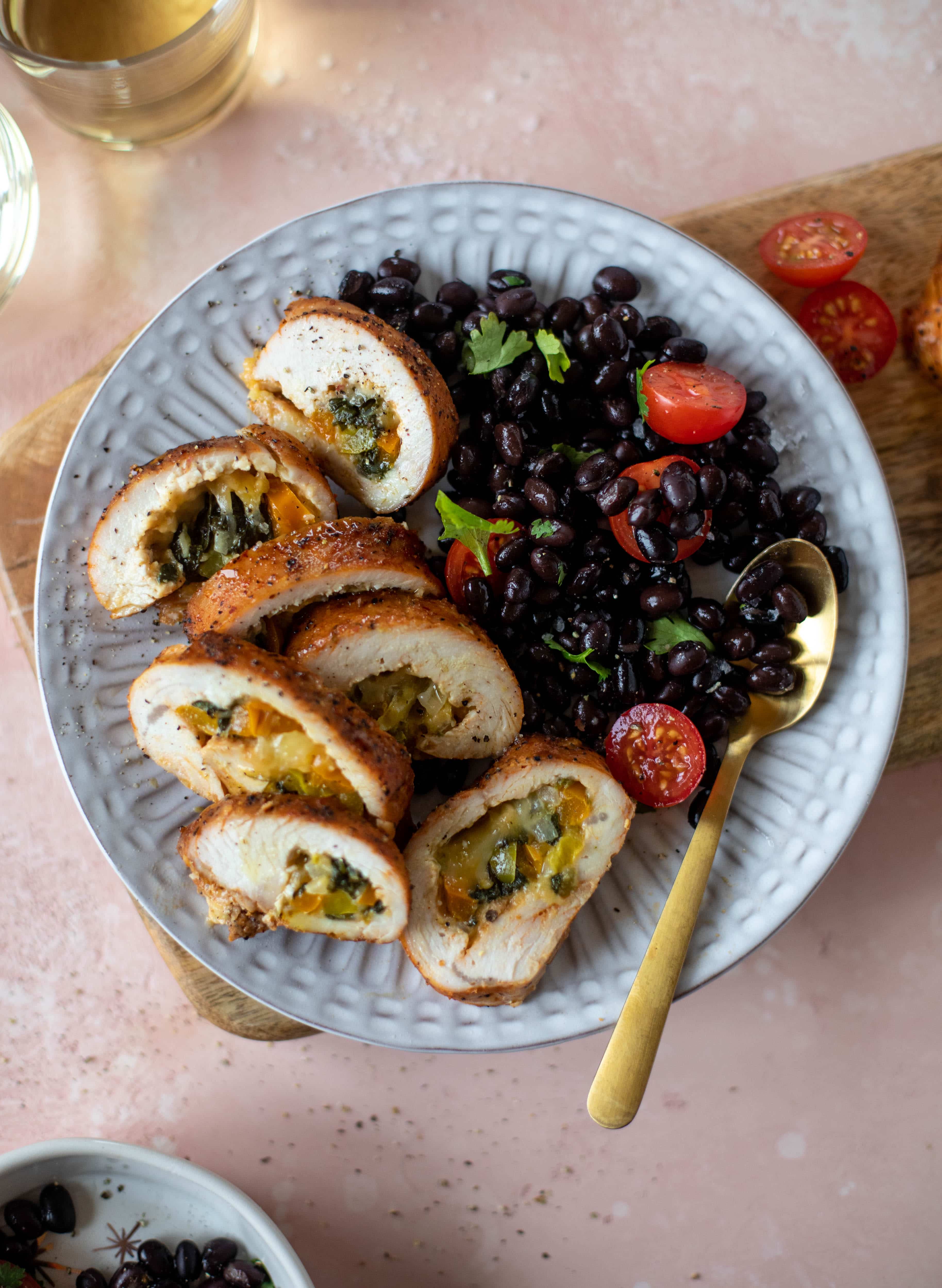 Tons of flavor here that you can’t beat.

While this looks like a super complicated meal, it’s totally doable, even on a weeknight. Shady Brook Farms takes the guesswork out of the flavoring, so all you have to do is fill the tenderloin, wrap it up and wait for dinner. 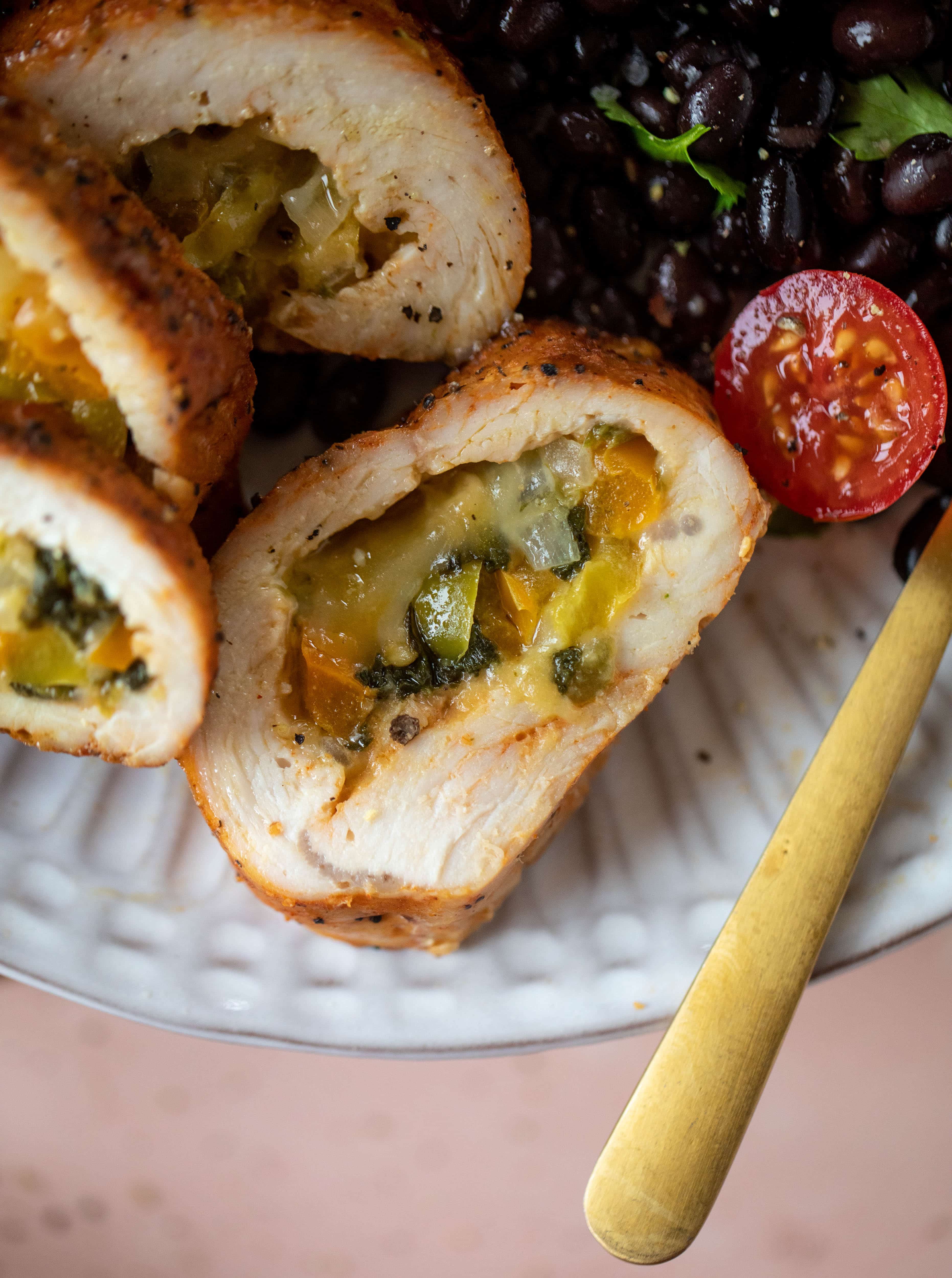 During that roasting time, I like to throw together some lime salted black beans as a nice side. You could also do rice or even a greens salad. But the beans, with a few tomatoes thrown in for good measure, continue to tie the Southwest-Style Chipotle flavor together. It’s such a hit! 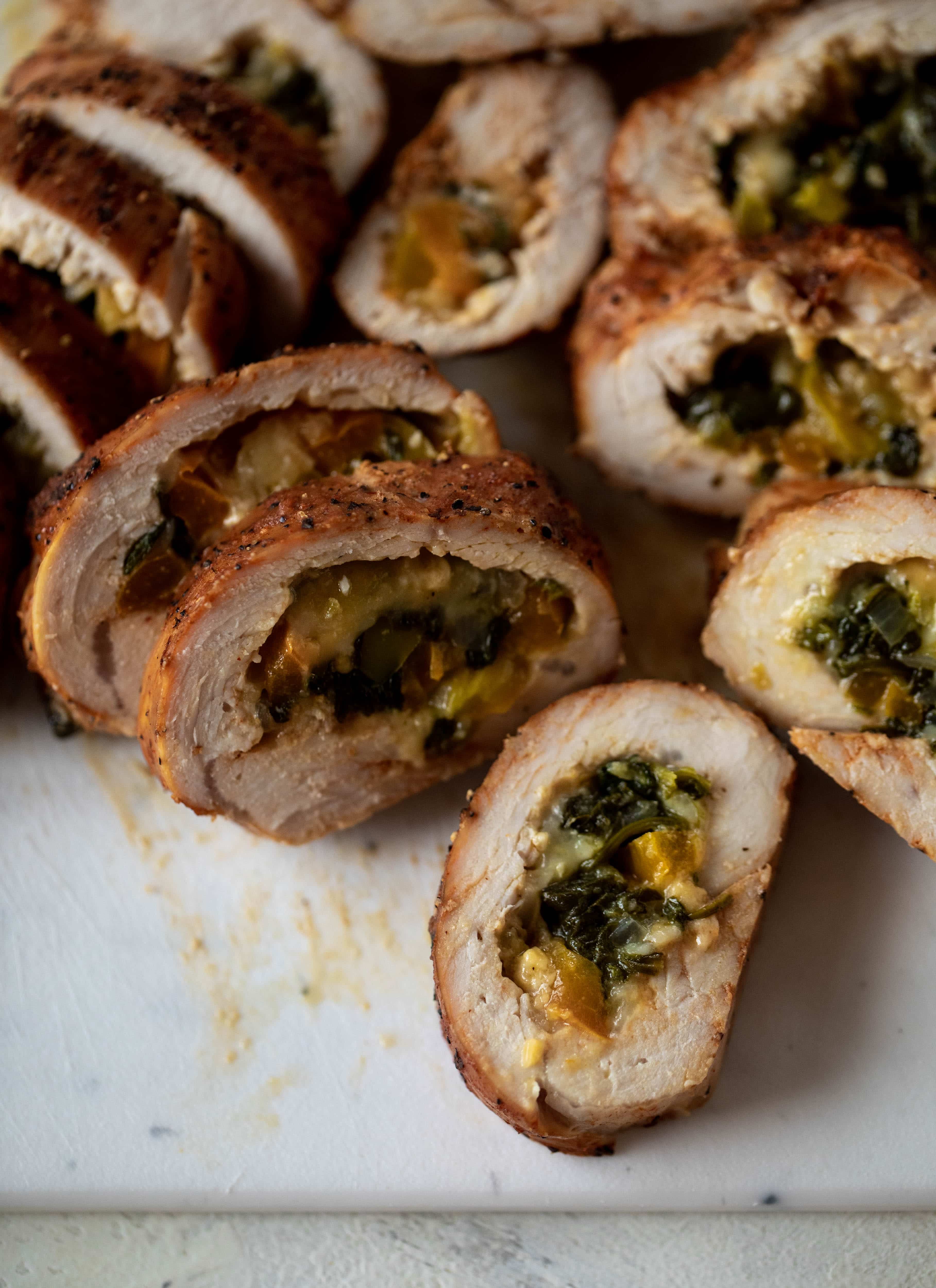 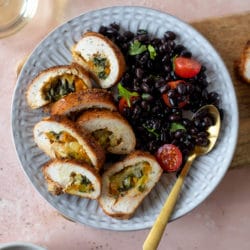