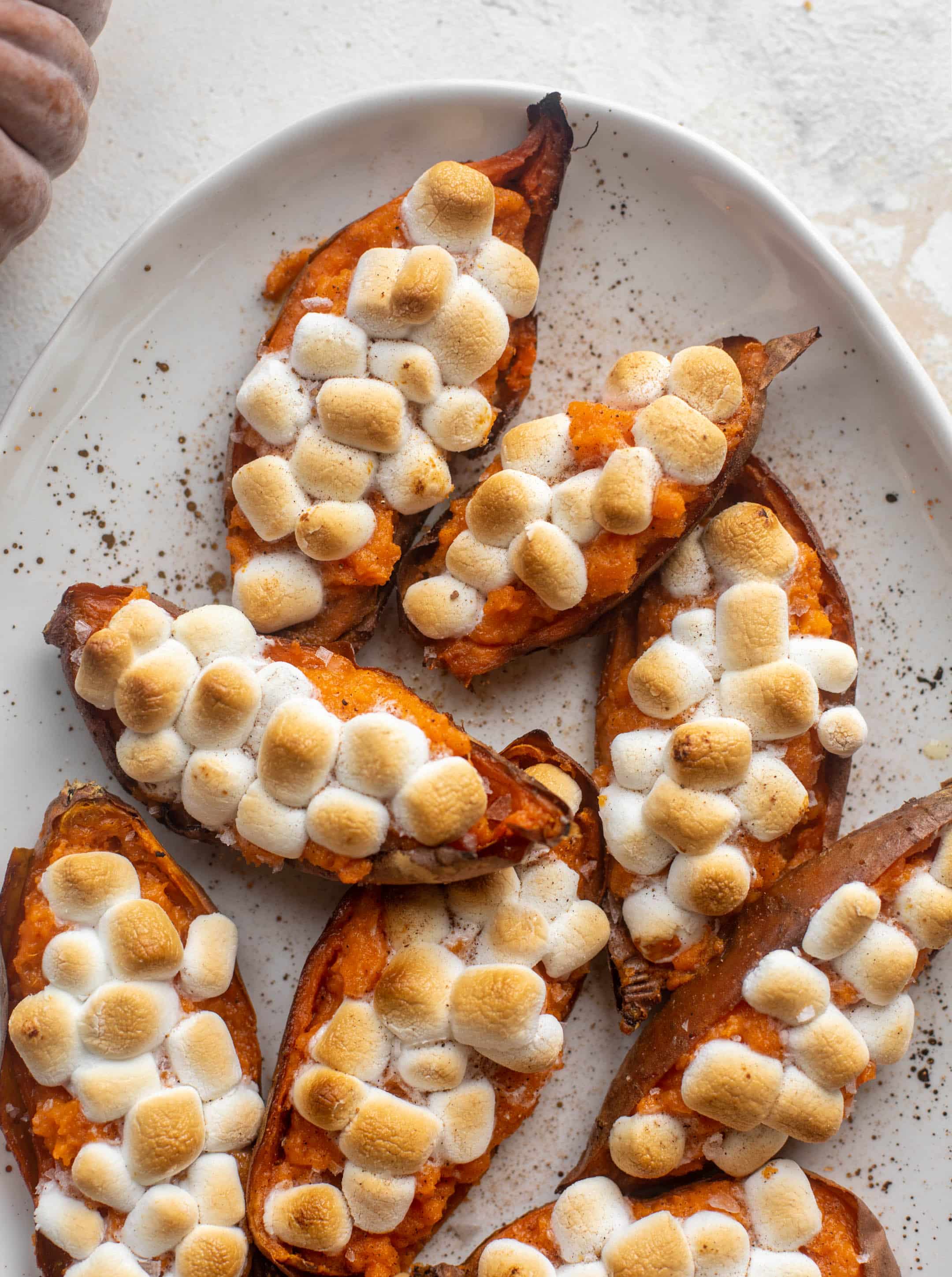 I am giving you one more potato recipe for your Thanksgiving table because who can pass up potatoes?! Not me. Fun fact: potatoes were my favorite food as a kid. Every version, but I don’t mean fries. I mean mashed potatoes, baked potatoes, scalloped potatoes – you name it, I loved it.

Growing up, twice baked potatoes were at the top of my favorite dishes. My grandma would make them every Christmas Eve and I thought they were MAGICAL. It was the only day we’d ever really have them, and they tasted fantastic. The filling was so whipped and creamy and cheesy. I couldn’t get enough! But I knew I wanted to do a sweet one! With flavors that reminded me of my lightened sweet potato casserole… oh yes.

And ones that also remind me of my s’mores sweet potatoes in The Pretty Dish. That sweet potato casserole is an oldie but goodie. SO super popular. But in case you don’t feel like making that and want to make some single serving potatoes… do this. Make twice baked sweets and top them with all the goodness. To make these, I bake the sweet potatoes then slice them and remove the potato. The potato gets whipped with butter and salt and maple syrup until creamy and fluffy. Then I stuff them back into the skins and top with marshmallows and cinnamon.

Super easy. Nothing groundbreaking. But something so, so delicious. And crowd pleasing!

I know there are two camps of sweet potato lovers during the holiday season: the sweet and the savory. And I am in both! I love to enjoy both for different meals or depending on what else we’re eating. If I want savory sweet potatoes on the actual holiday, I may make something like these twice baked ones for dinner one night with chicken or steak.

It’s simple as that!

Now just grab a spoon and dig in. 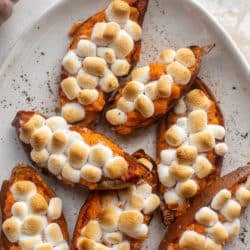