This cranberry cinnamon whiskey sour is the perfect warming cocktail for the holiday season. Cranberry juice, bourbon, lemon and simple syrup poured over ice and cinnamon sticks for a holiday twist. Cheers!

Everyone needs a little bourbon warmth in November! 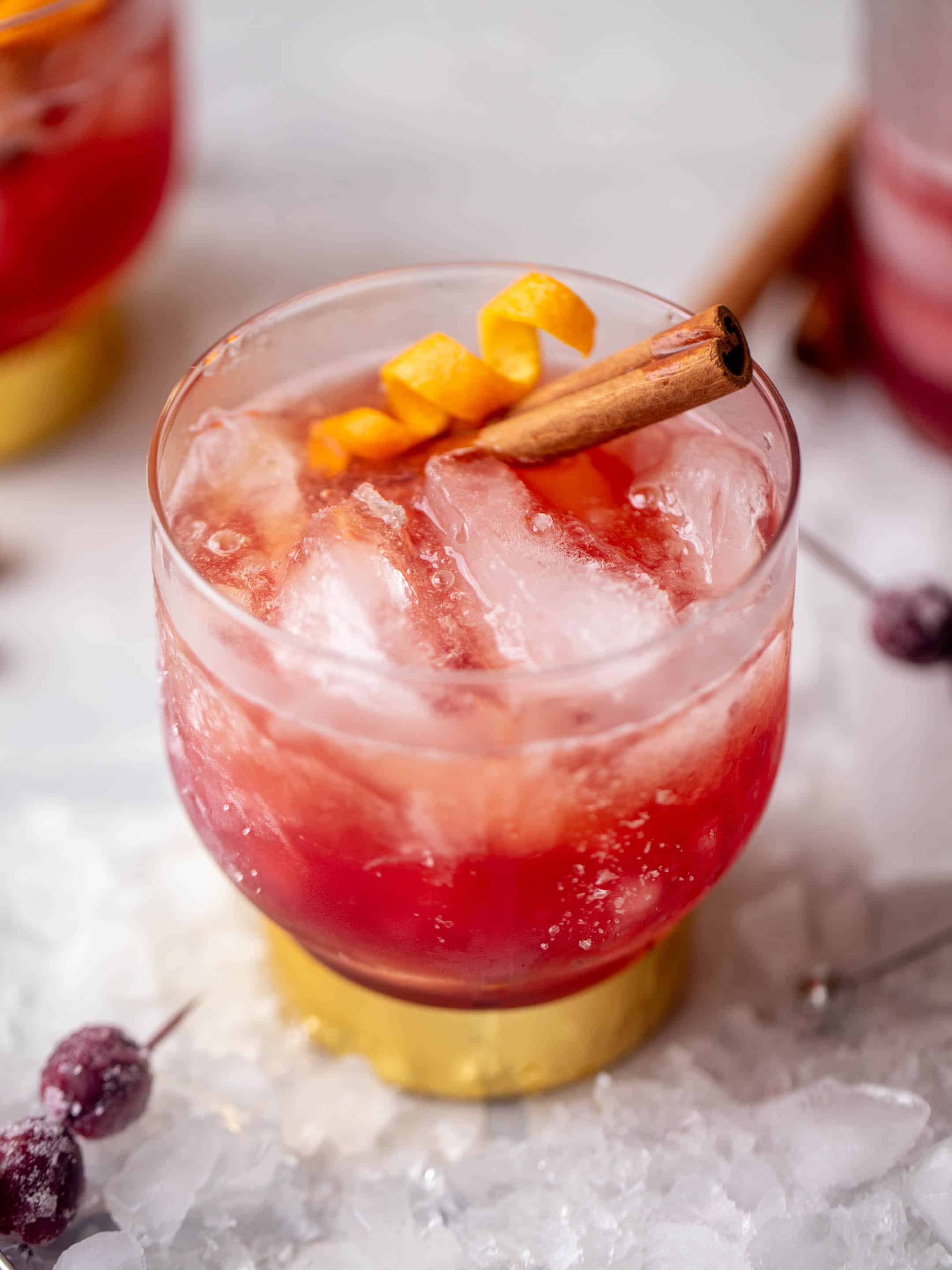 So I’m here with your 2022 Thanksgiving cocktail! Oh hello.

The cranberry cinnamon whiskey sour has entered the chat and I am… welcoming it. It’s tangy, tart, a little spicy and refreshing all at the same time. I swear it’s possible. 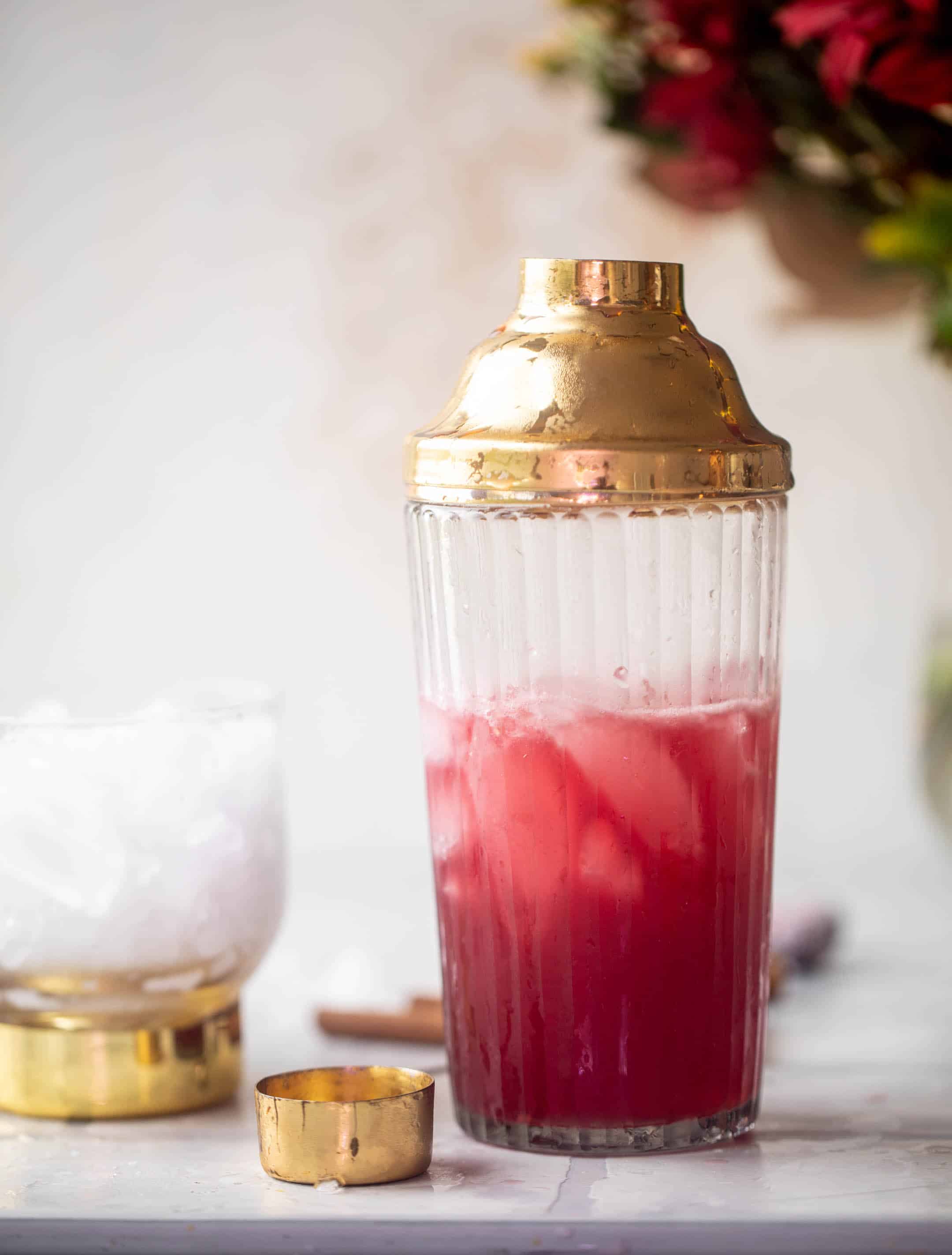 I probably say it in the summer too, but this is my favorite cocktail season. All the warming flavors, the spices, the cinnamon, the ciders, the apple and cranberry – I could go on and on. I can turn practically any traditional cocktail into a fall version and this is no exception. A cranberry cinnamon whiskey sour coming right up! 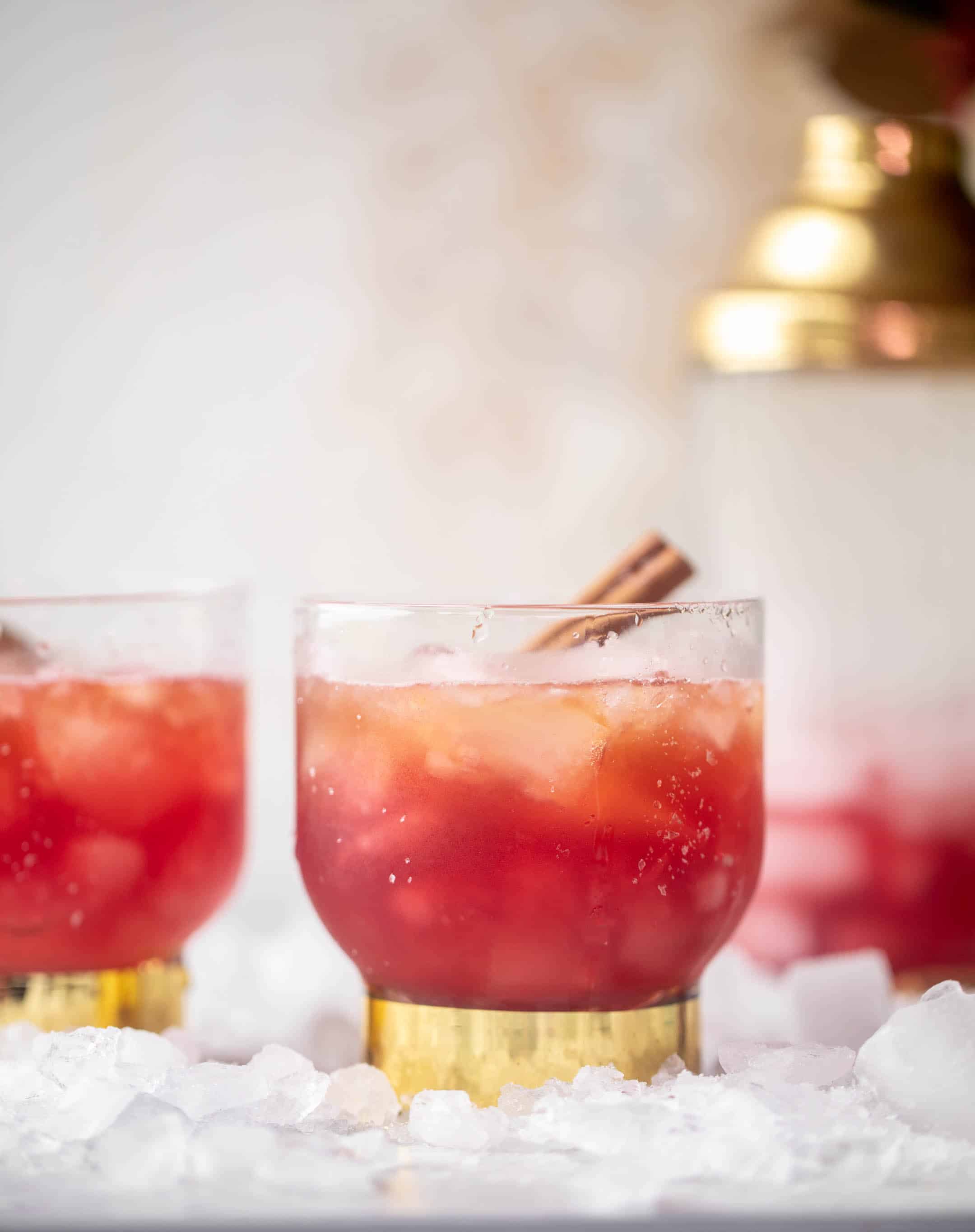 I love the idea of this cocktail for Thanksgiving. It’s soul warming, yet a bit refreshing. It’s tart but not overwhelmingly sweet. It pairs nicely with all the traditional Thanksgiving dishes!

Simple shake together the bourbon, lemon juice, cranberry juice and simple syrup in a cocktail shaker with ice. Pour over crushed ice and cinnamon sticks, where the cinnamon will impart a little spice as it sits and make the drink extra holiday-ish.

Throw in an orange peel and some sugared cranberries if you’re feeling fancy! 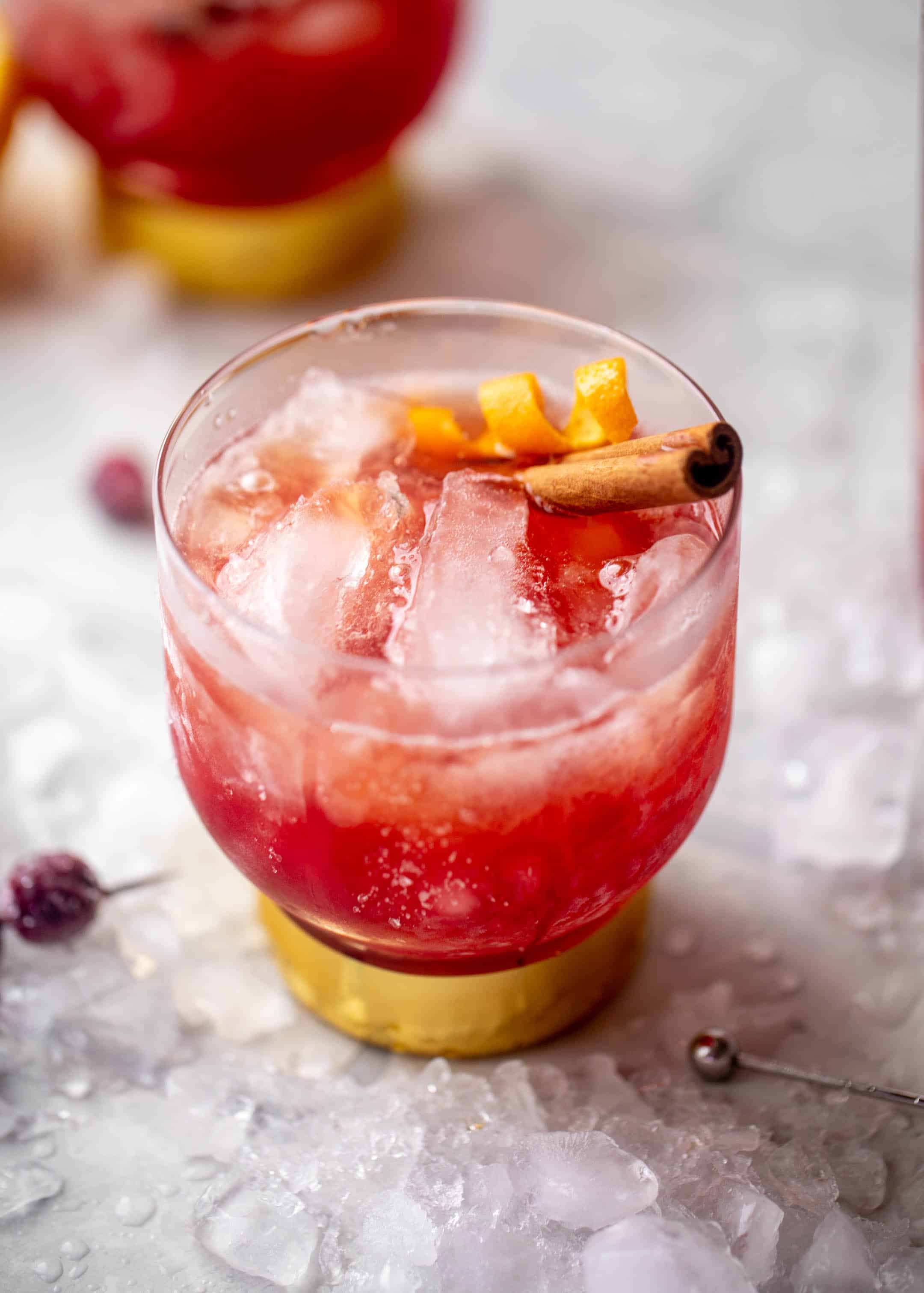 Making one of these to cozy up by the fire and watch a show or read a book sounds like my ultimate fall dream. 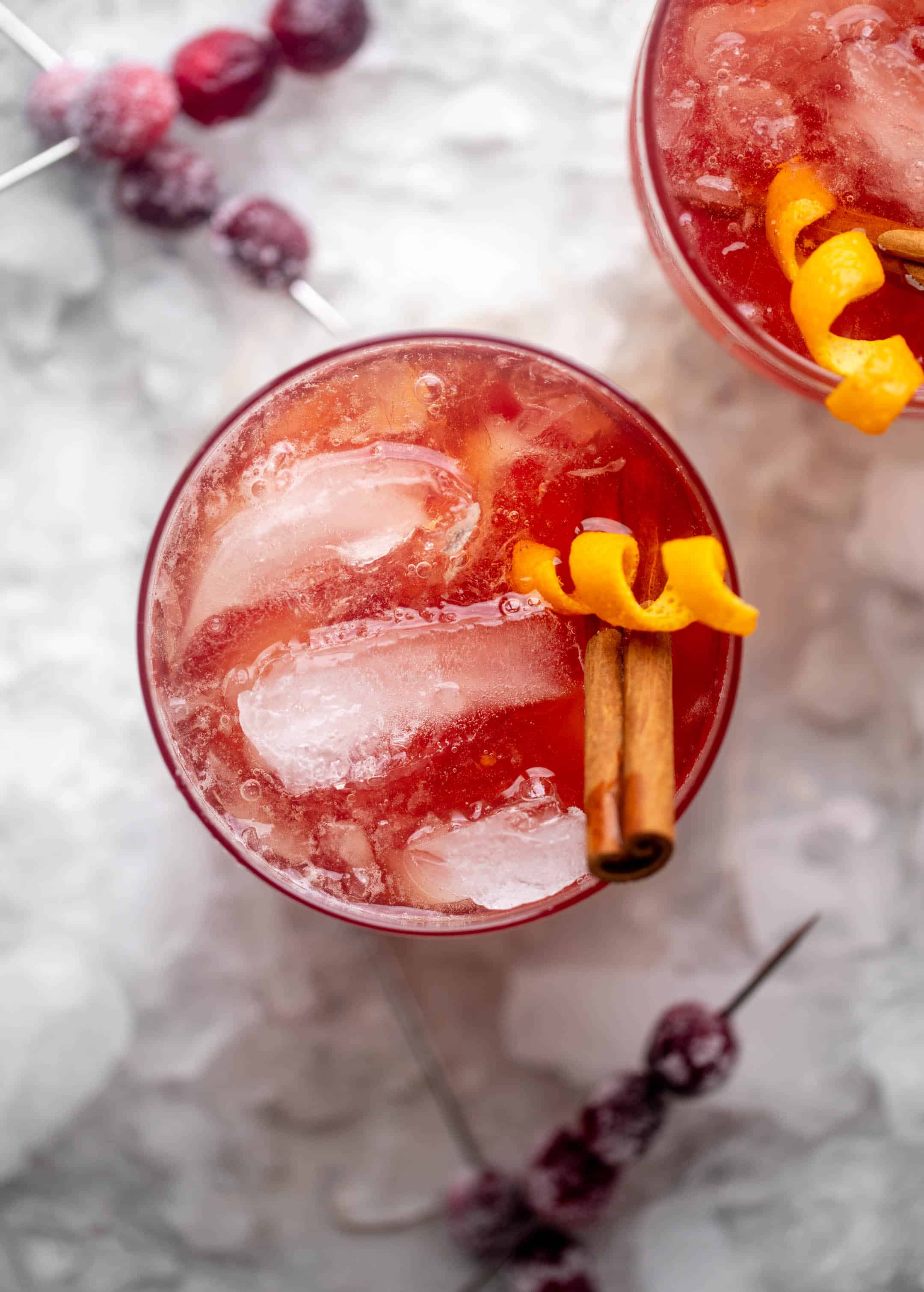 Now, if you’re looking for more of a “pitcher style” cocktail to serve to a large group of guests for the holiday, I suggest my red apple cider sangria or Thanksgiving party punch. I also love this nonalcoholic sparkling pomegranate punch and my cranberry cider punch which are both huge hits. I make the cranberry cider version every Thanksgiving as a mocktail option.

This year, I’m also going this whiskey sour route. I just love a sour so much!

It is my new fall go-to, the perfect one to serve at your Thanksgiving party in a few weeks. 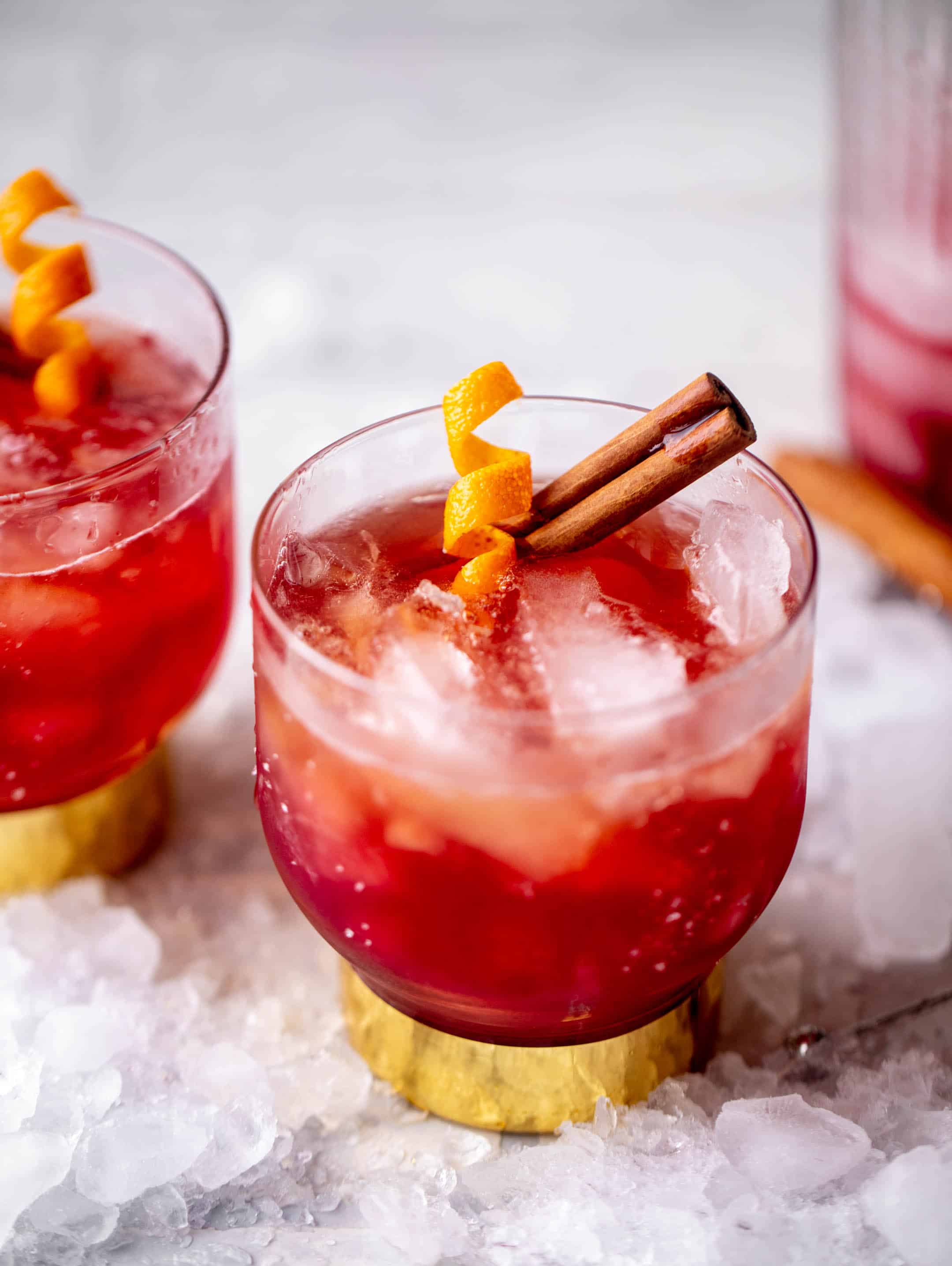 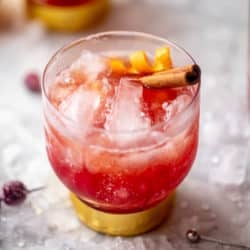 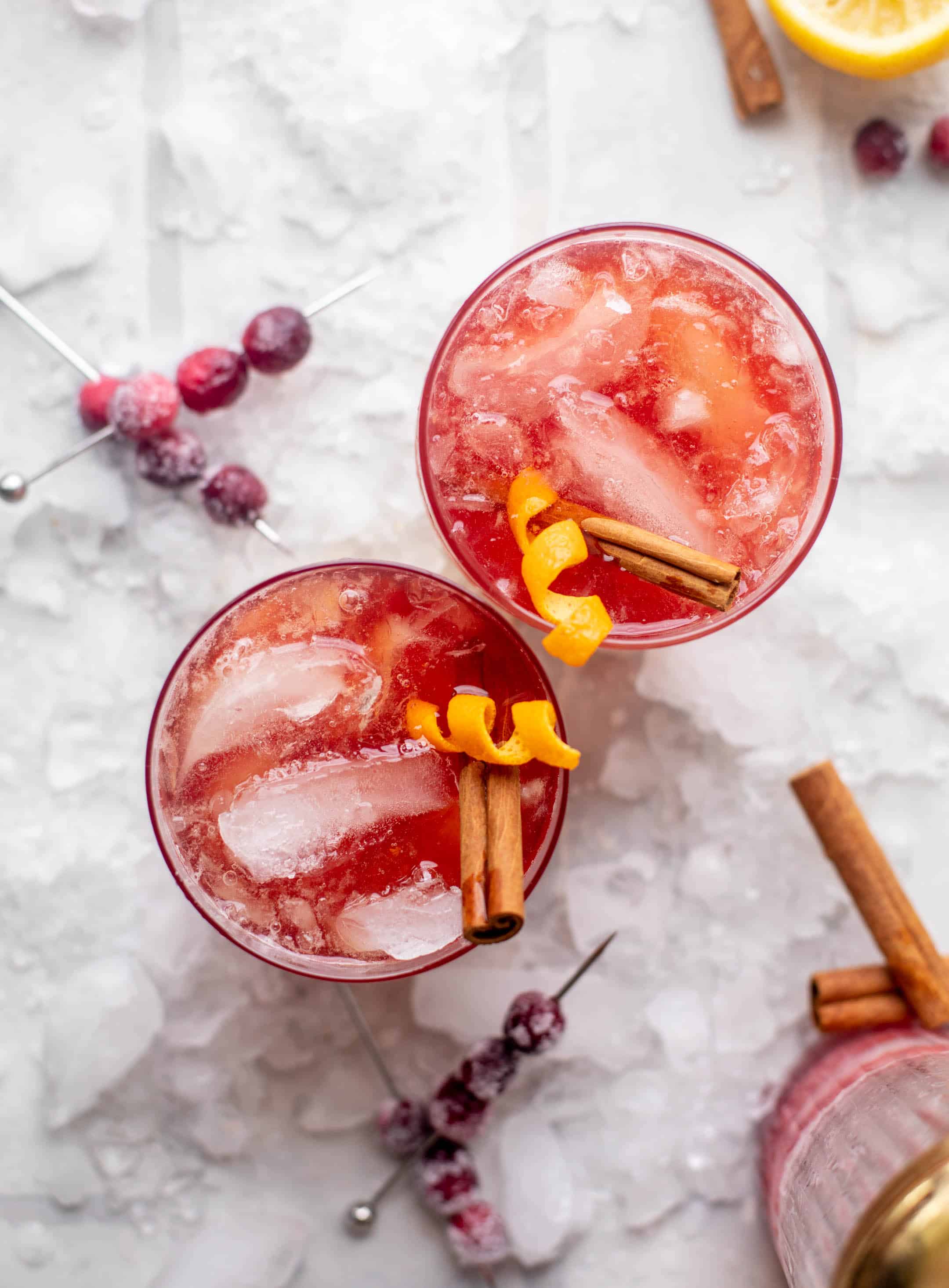