It’s still summer! So zucchini bars for the win. 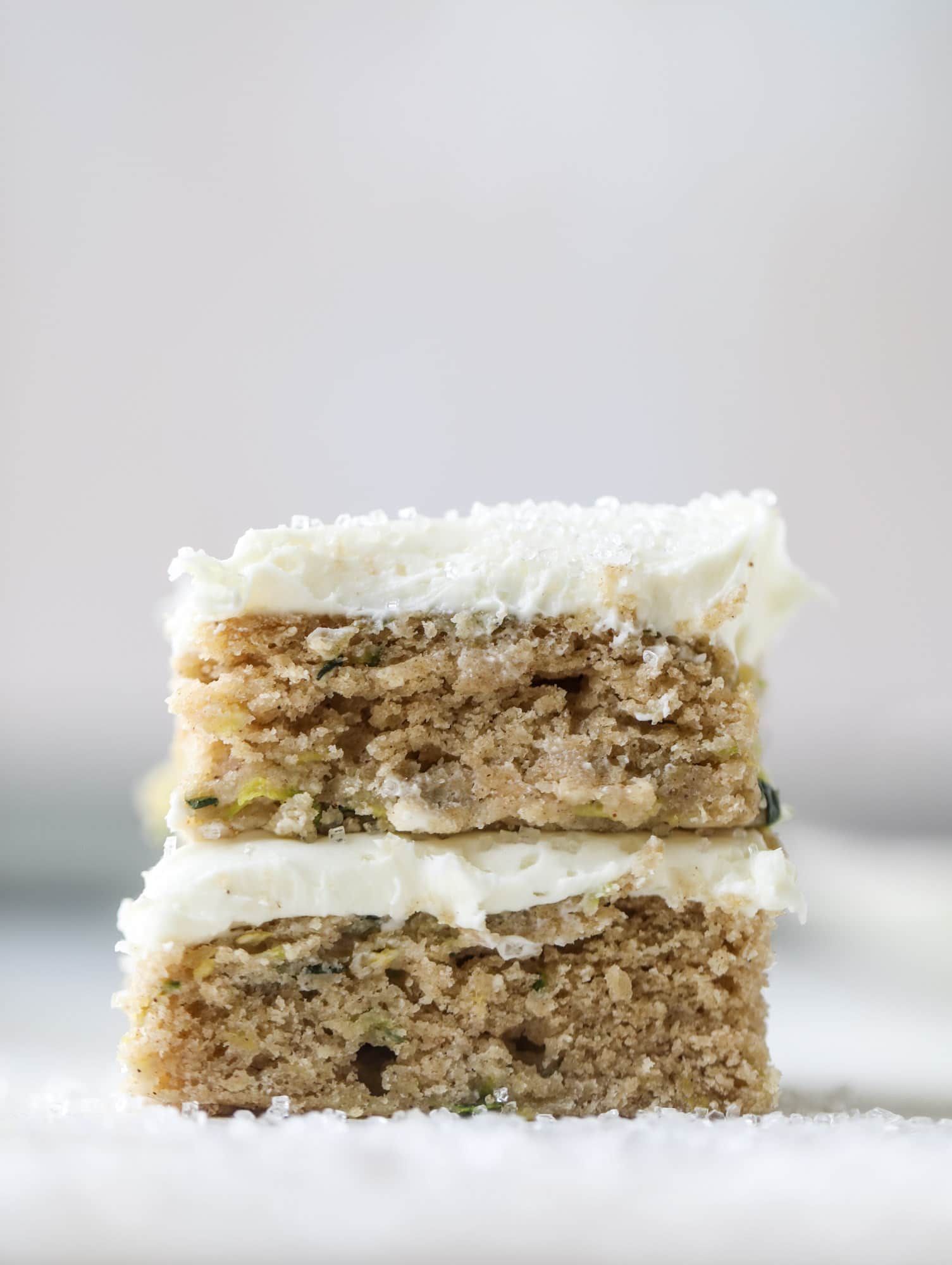 These zucchini bars make me a leeeeettle bit of a hypocrite. I mean, I’m super excited for fall and I have fall decor out, but I’m not eating pumpkin yet or drinking pumpkin lattes. I’m still swimming and playing outside and eating ice cream and serving tomatoes and, well, making zucchini bars. 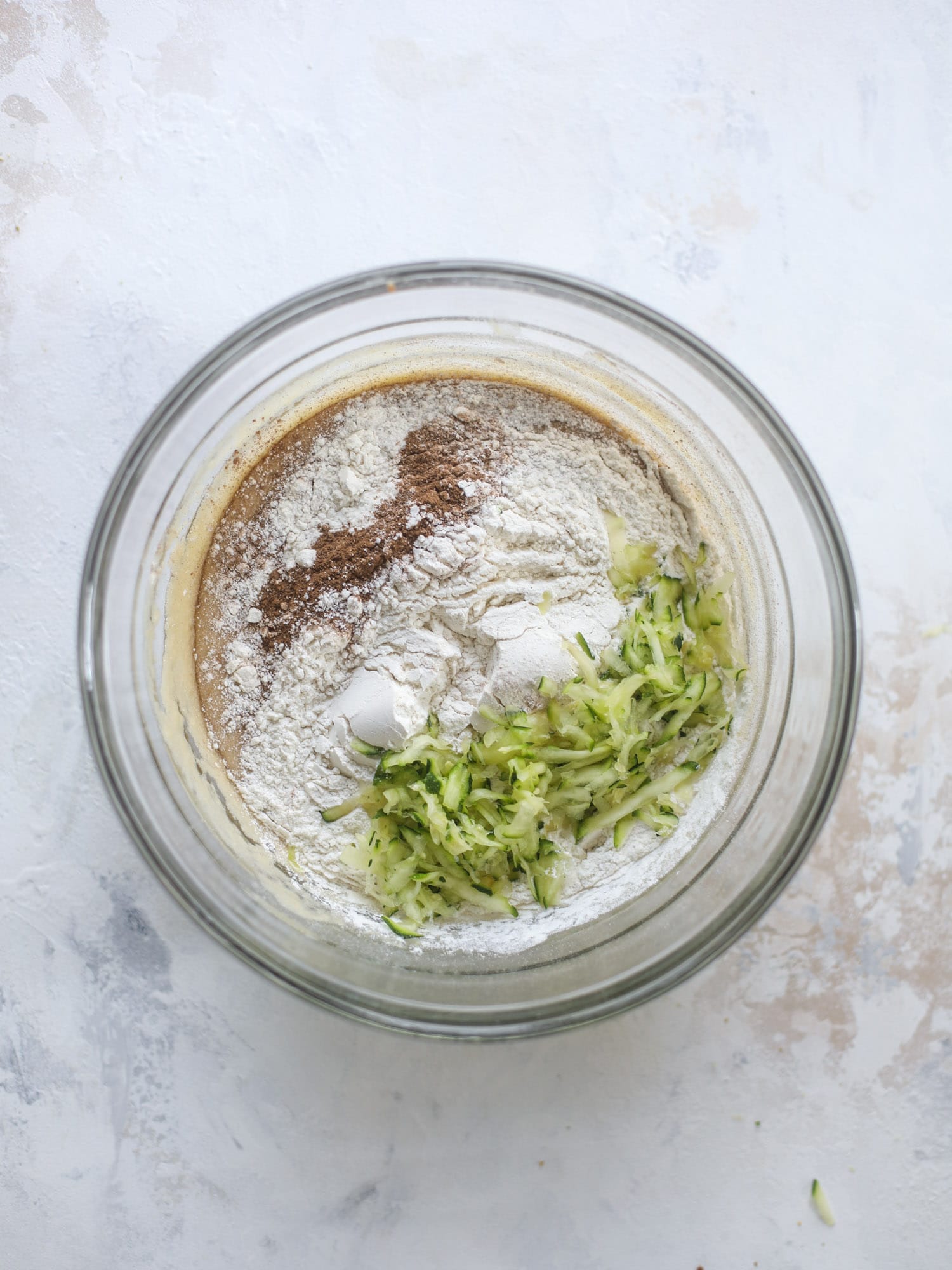 These zucchini bars are a little more dense than cake. They remind me of banana bread and they are SO delicious when served straight from the fridge. They are topped with the creamiest cream cheese icing because I just can’t quit it.

There’s a little spice, a lot of veg and snack that is basically dessert but we may pass off as breakfast too.

THIS IS MY KIND OF BAR. 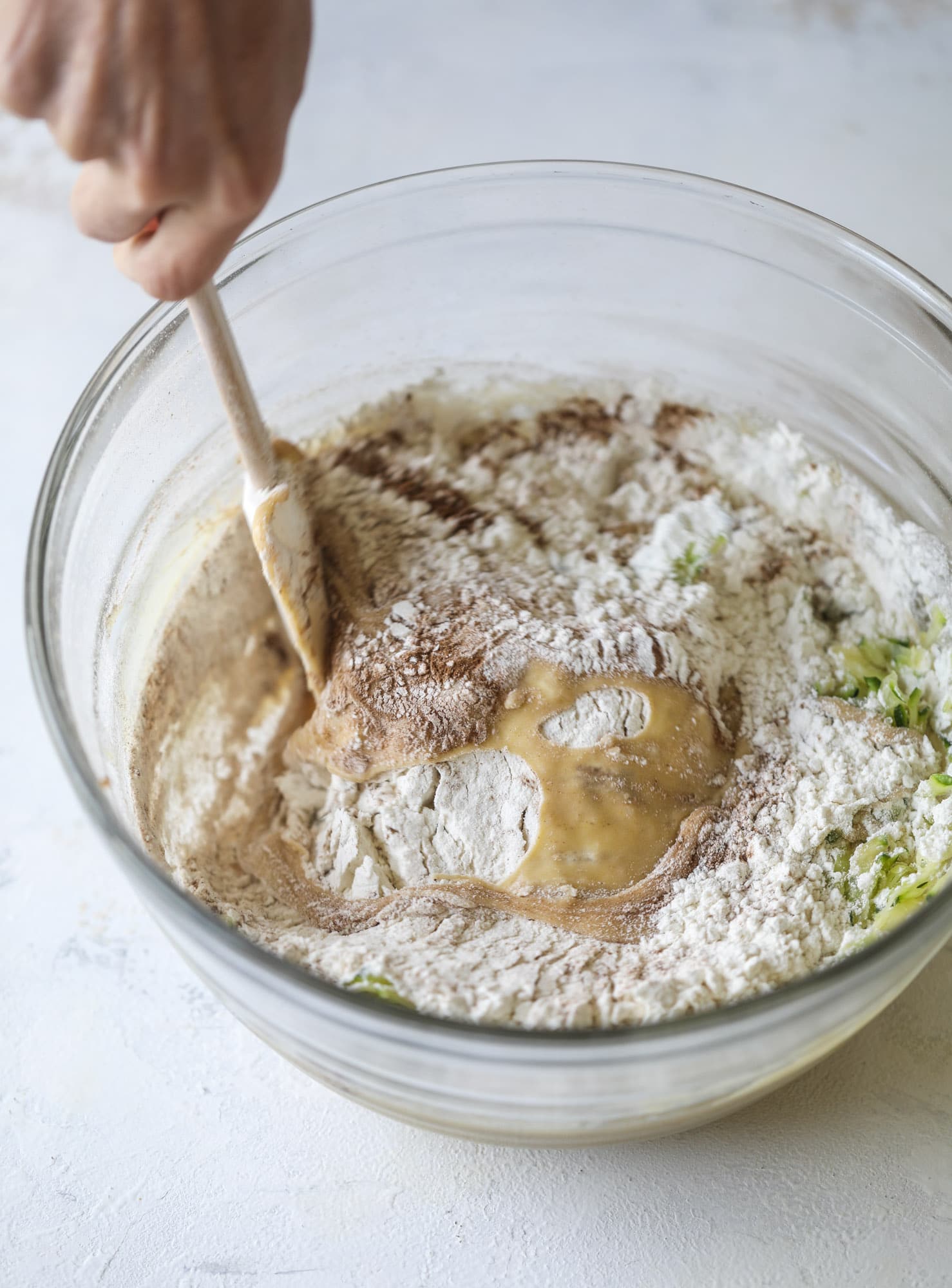 The only thing my mom really did with zucchini bread when I was growing up was make breaded parmesan rounds. I mean, they were SO good. They ARE so good. They remain one of my favorite ways to use up garden zucchini and they are always a crowd pleaser.

I didn’t even have zucchini bread until later in life! We are talking, like, college. Crazy, right?

That’s my truth and I’m sticking to it. 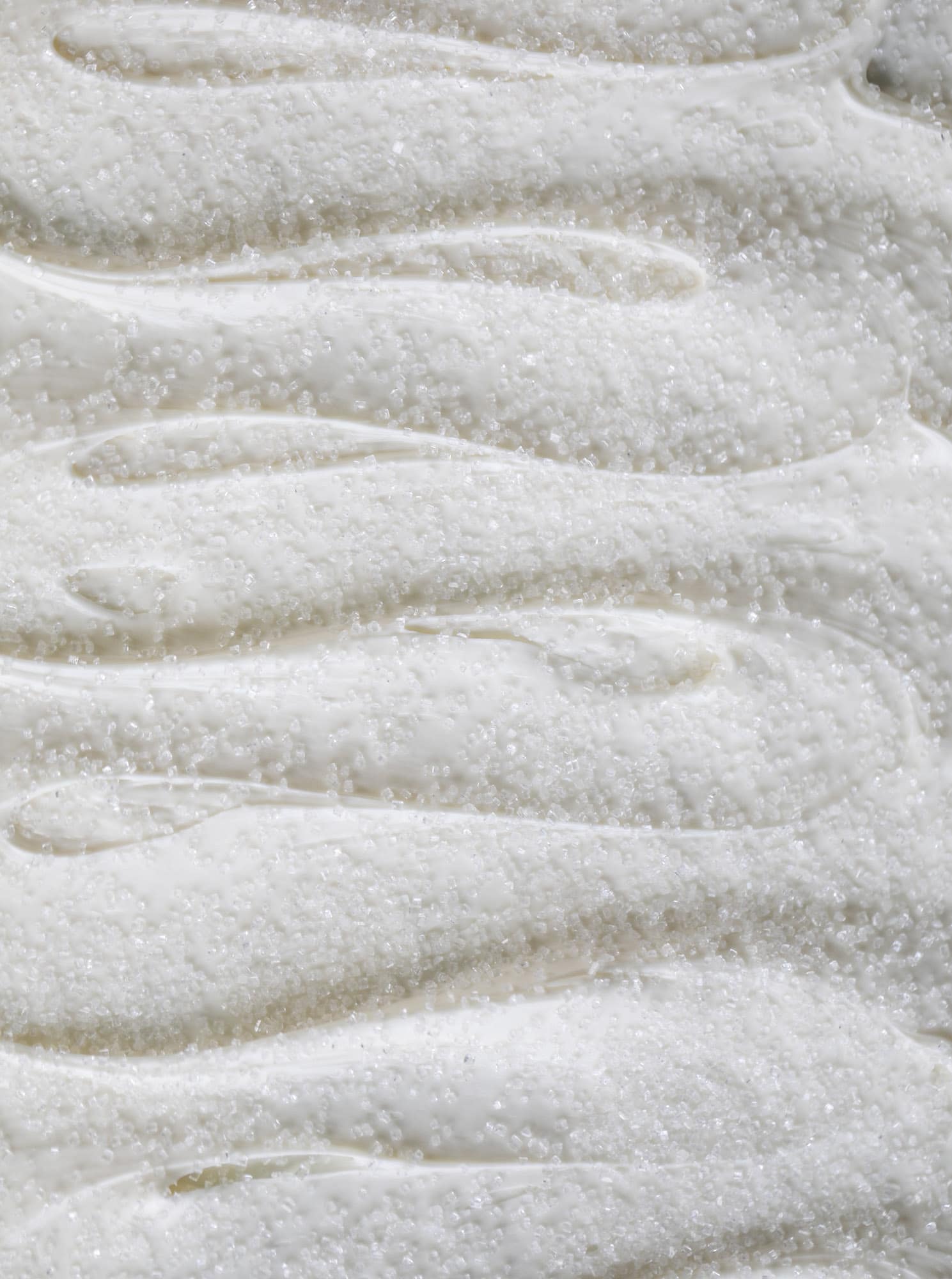 So I ended up making my own zucchini bread and then eventually made this amazing coconut chocolate chip zucchini bread. It is freaking fantastic.

Clearly I have a little thing for chocolate. 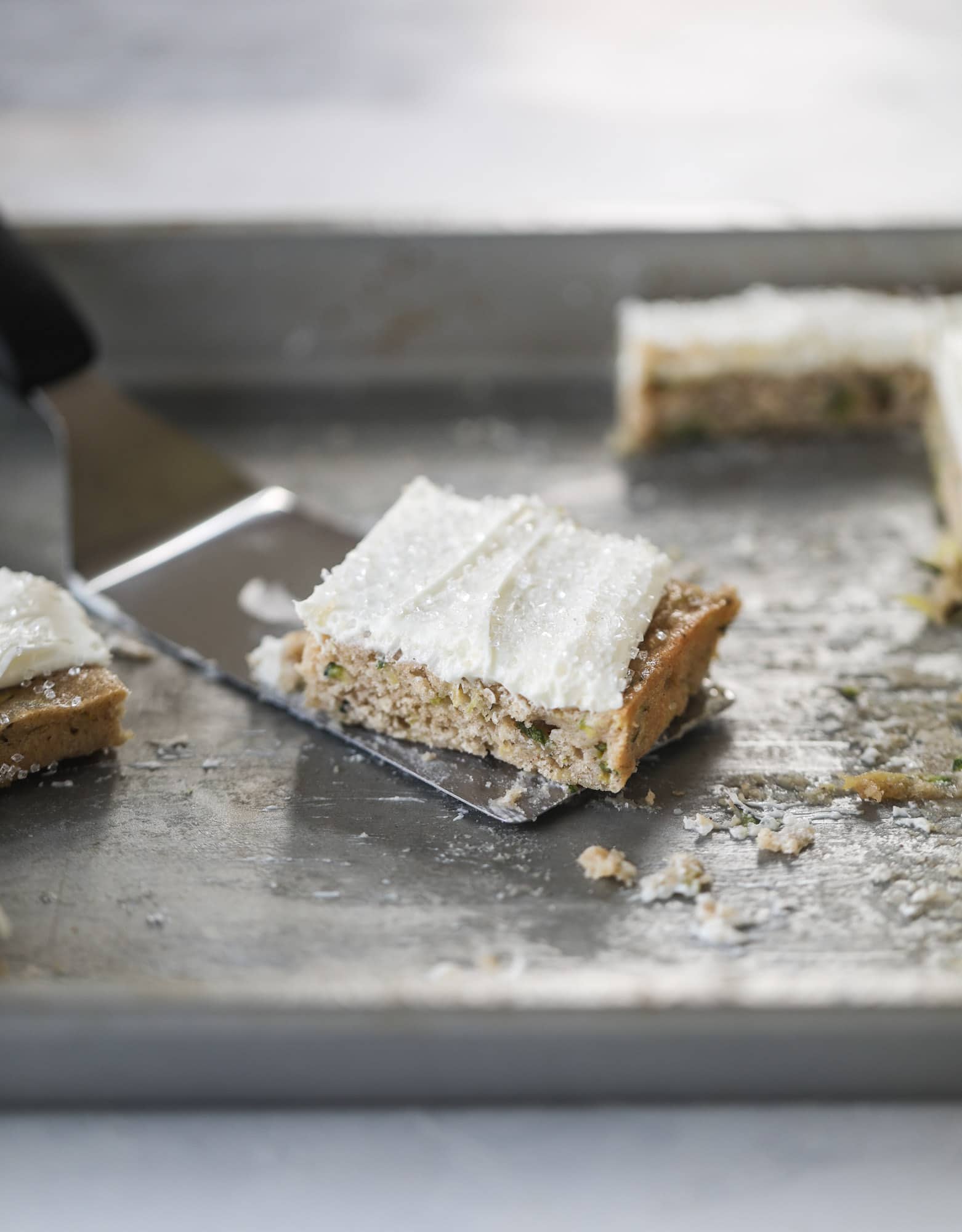 These aren’t chocolate, but they more than make up for it in flavor. Perfect for the end of summer when zucchini is abundant and you’re all zoodled out, you know? 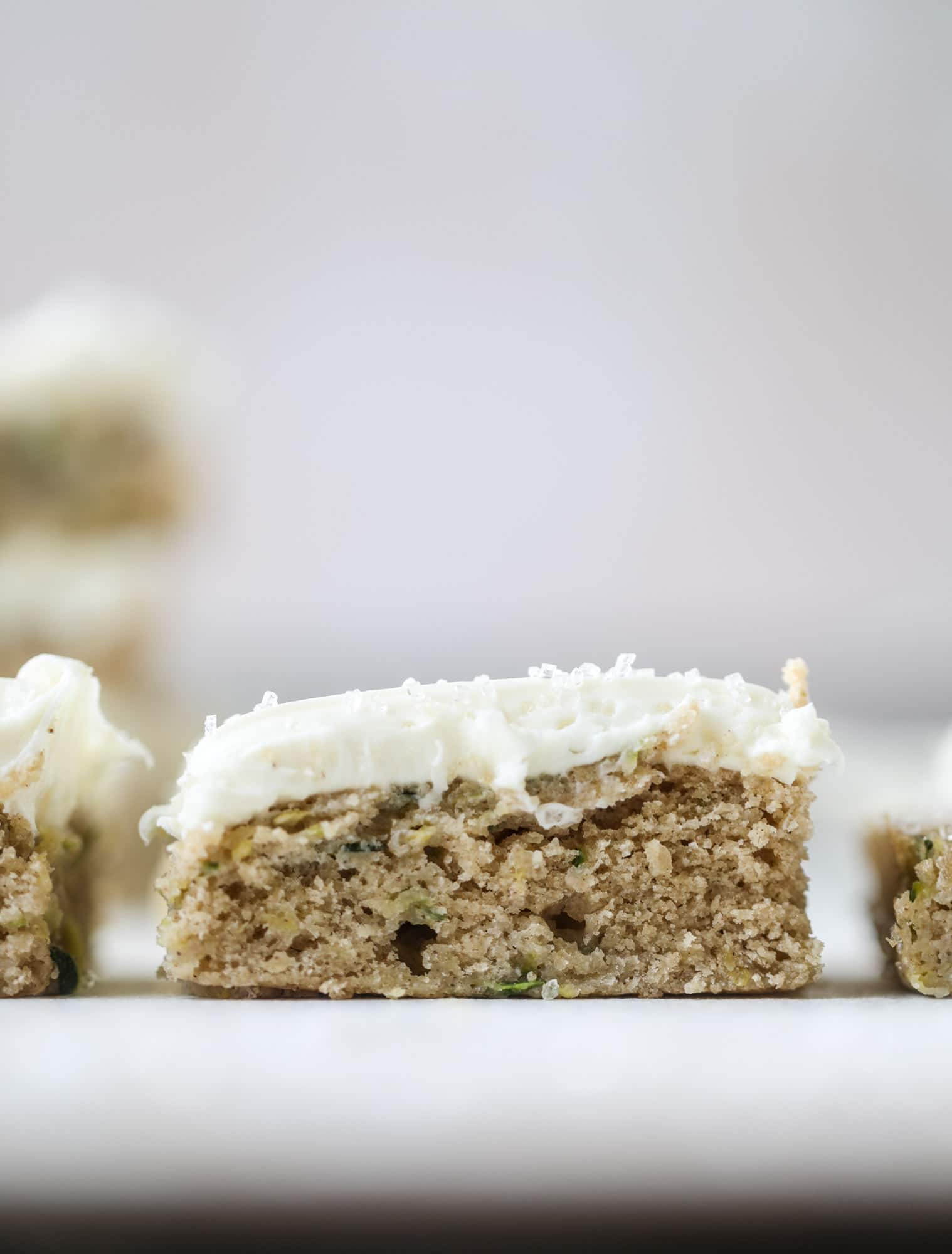 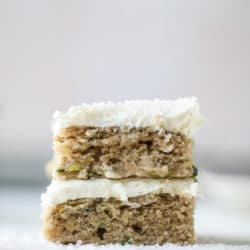 Yield: 10
Total Time: 1 hr
These zucchini bars are a little more dense than cake. They are topped with the creamiest cream cheese icing. There’s a little spice, a lot of zucchini and snack that is basically dessert but we may pass off as breakfast too!
Print Recipe Pin Recipe
4.92 from 48 votes
Leave a Review » 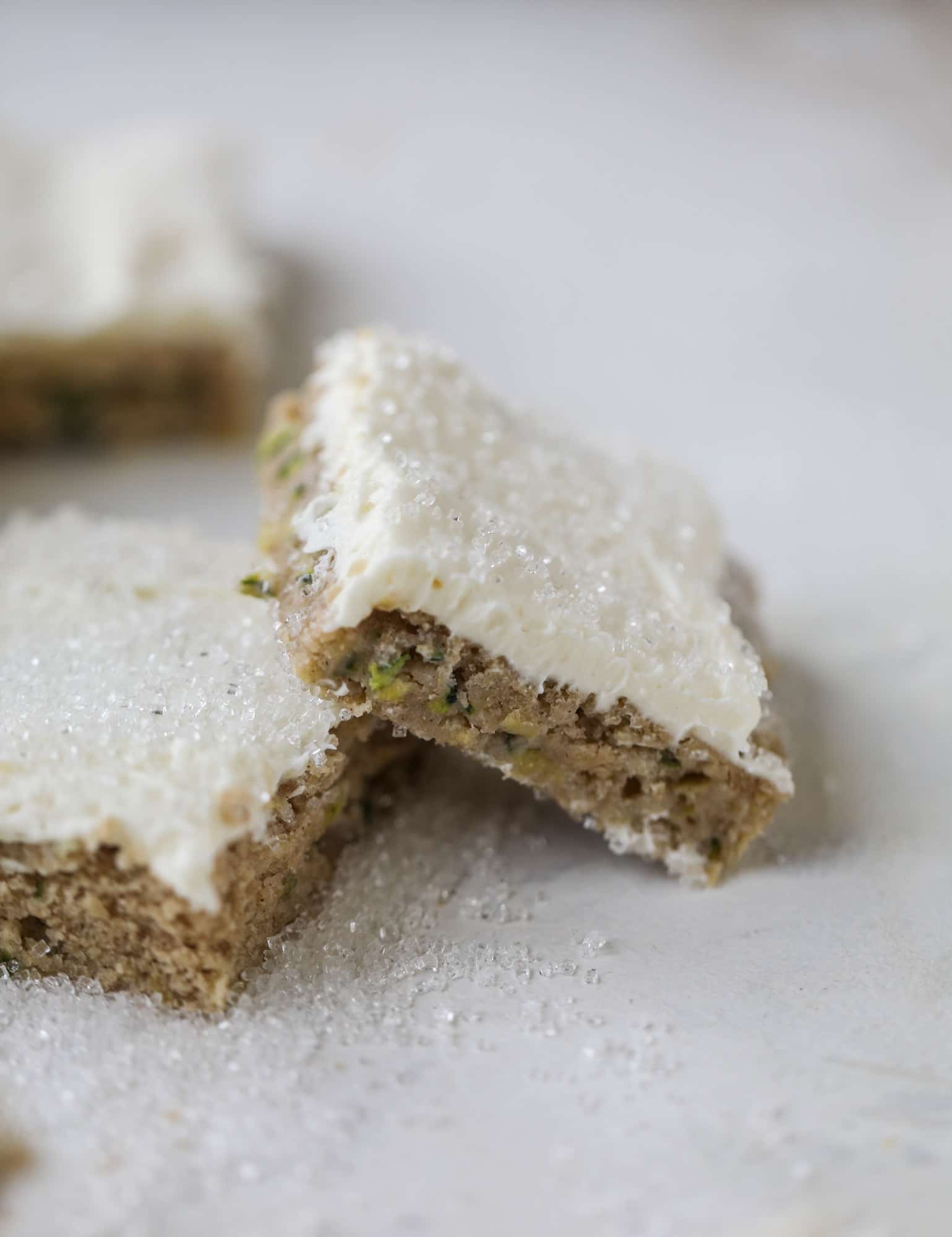 Just dying for that bite.