This apple cinnamon baked oatmeal is so satisfying and comforting! Make ahead and serve with honey, cream and cinnamon. Delicious and perfect for apple season.

I’ve got the most perfect breakfast for your September weekend! 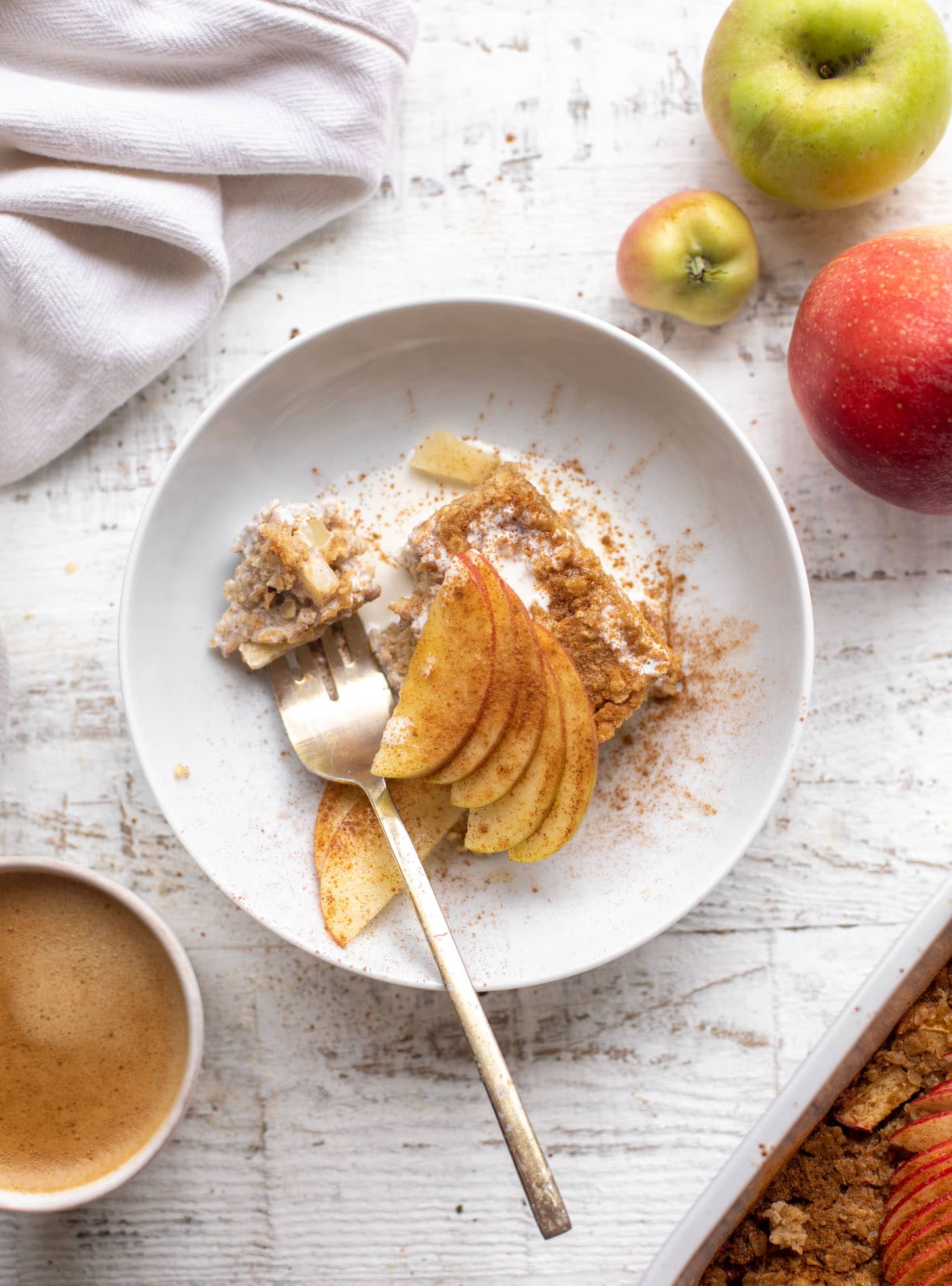 Apple cinnamon oatmeal is a classic in this house and one that I will never get sick of. I mean, is there anything more comforting?! 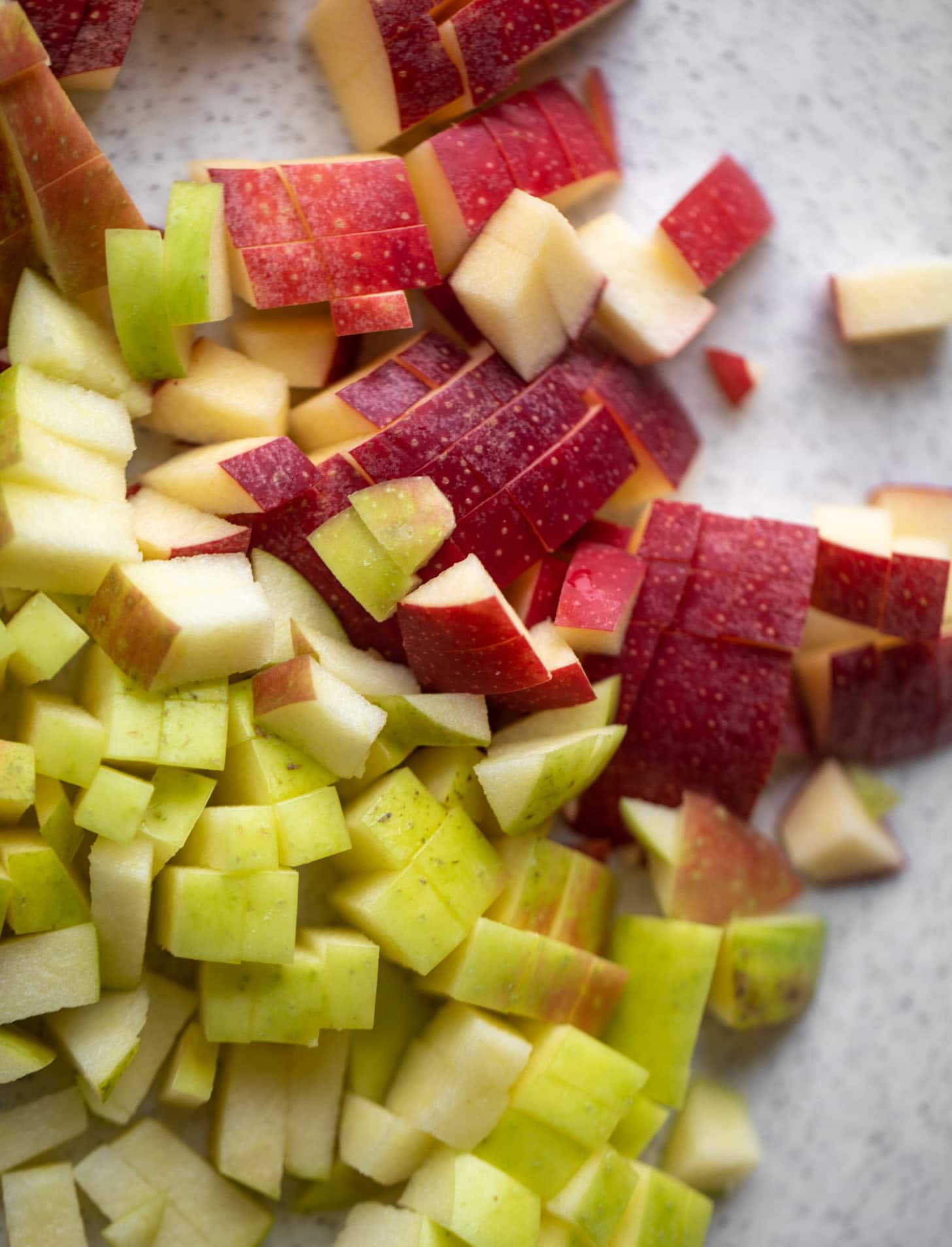 I’ve never been shy about my quaker instant oatmeal obsession as a kid. It was my MOST FAVORITE EVER. I ate it for breakfast for years! And years and years.

My go-to flavors were strawberries and cream, then peaches and cream. Next though? Apples and cinnamon. Such a classic, comforting flavor and the texture was always so good. 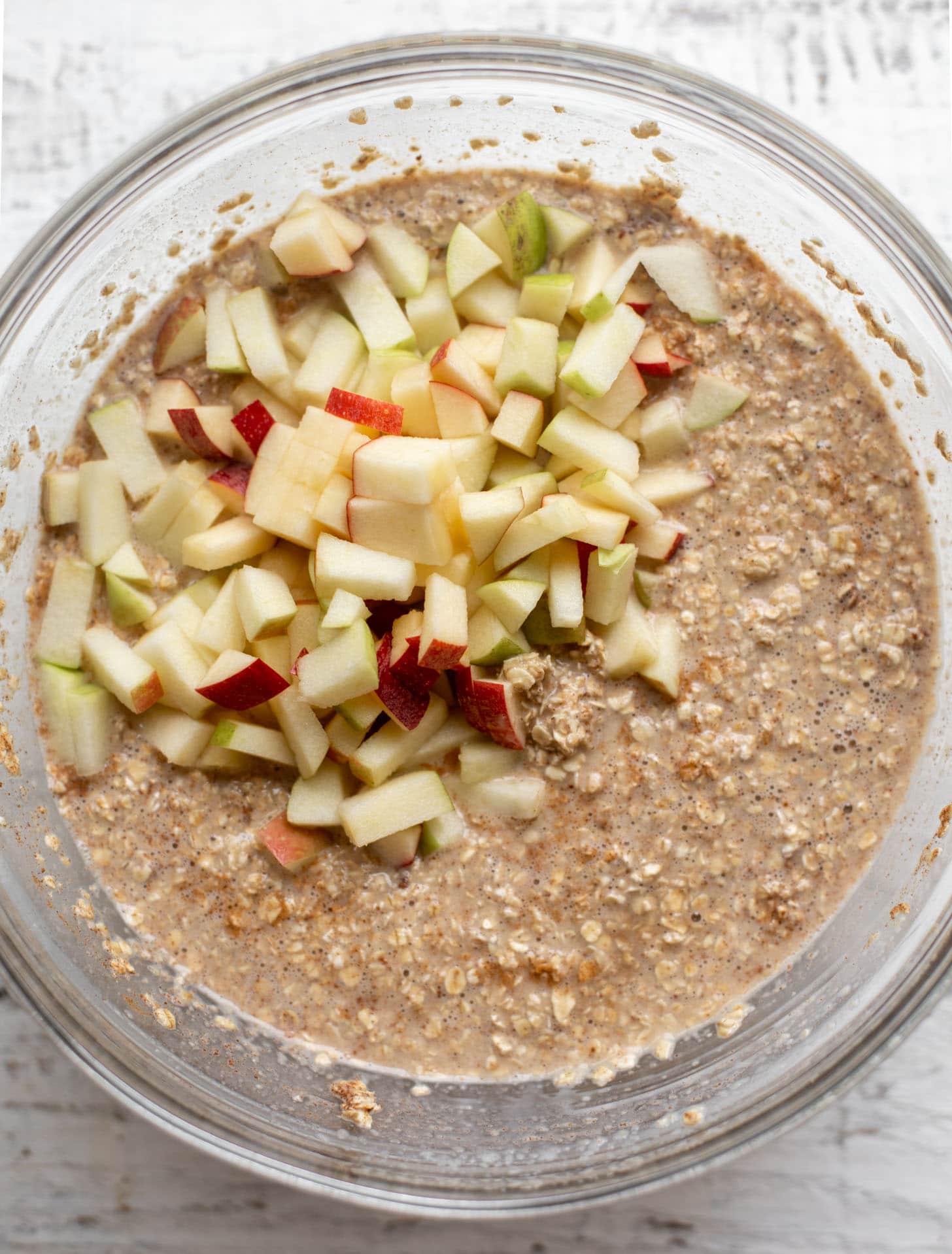 I’ve made many versions of this best ever baked oatmeal before, and now we have apple cinnamon! Perfect for apple picking season! Really wonderful for, well, all the things.

These oatmeal baked apples are another huge favorite, but they are a little more high maintenance. And I have this apple cinnamon steel cut oats recipe, which is more like the traditional version. Oh – and my apple cinnamon oatmeal latte! 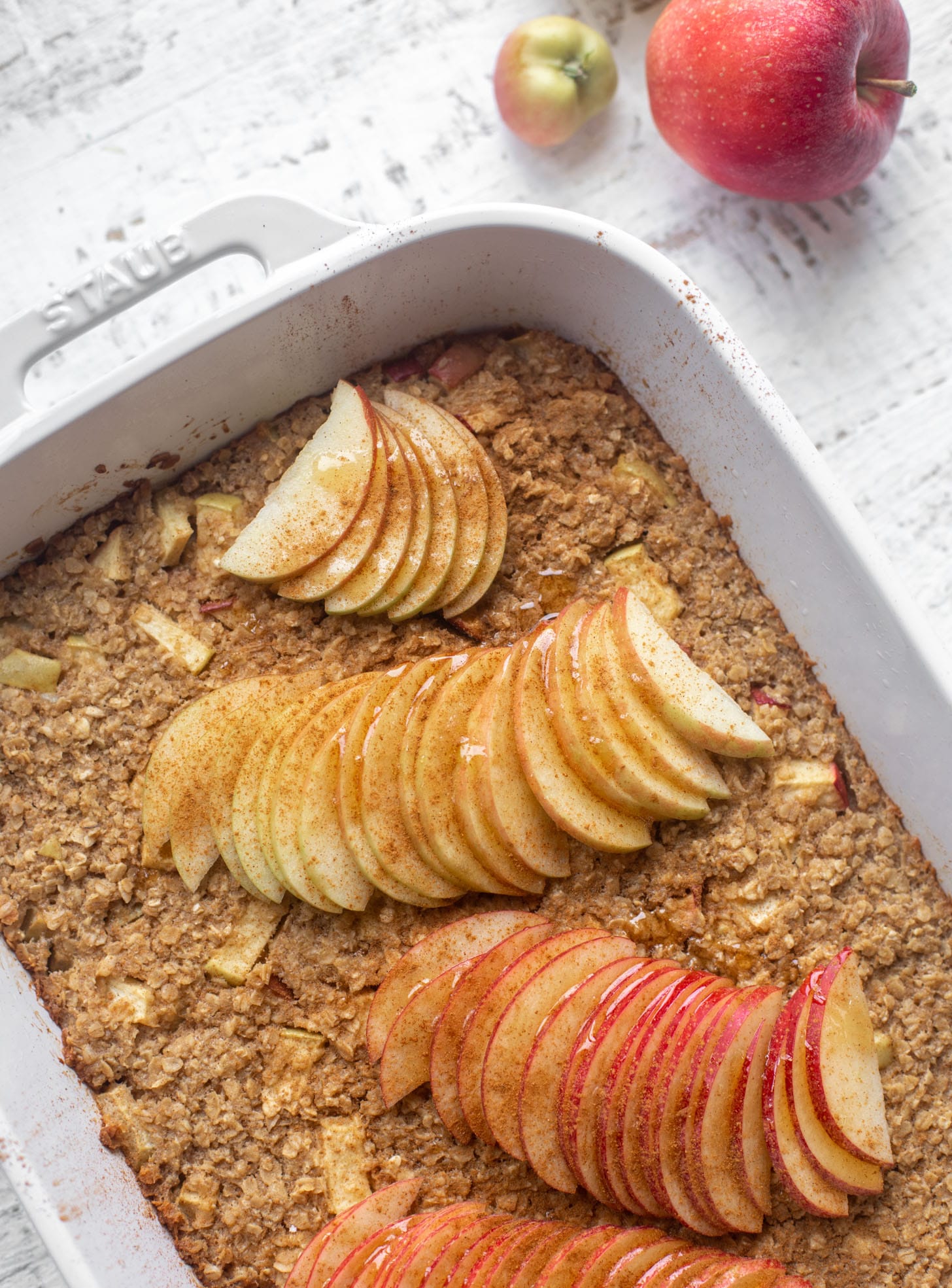 The baked will always be my favorite!

Here’s the thing about this oatmeal. And I say this EVERY TIME. it’s pretty much like oatmeal cake. This is not your morning oatmeal bowl full of health. This is the baked oatmeal that you make on the weekend or even for a special brunch. It’s the one that slices like a bar or cake, is dense yet flavorful and incredible when covered with a drizzle of cream.

This baked oatmeal uses quick oats, not old fashioned rolled oats, and the quick oats make all the difference. 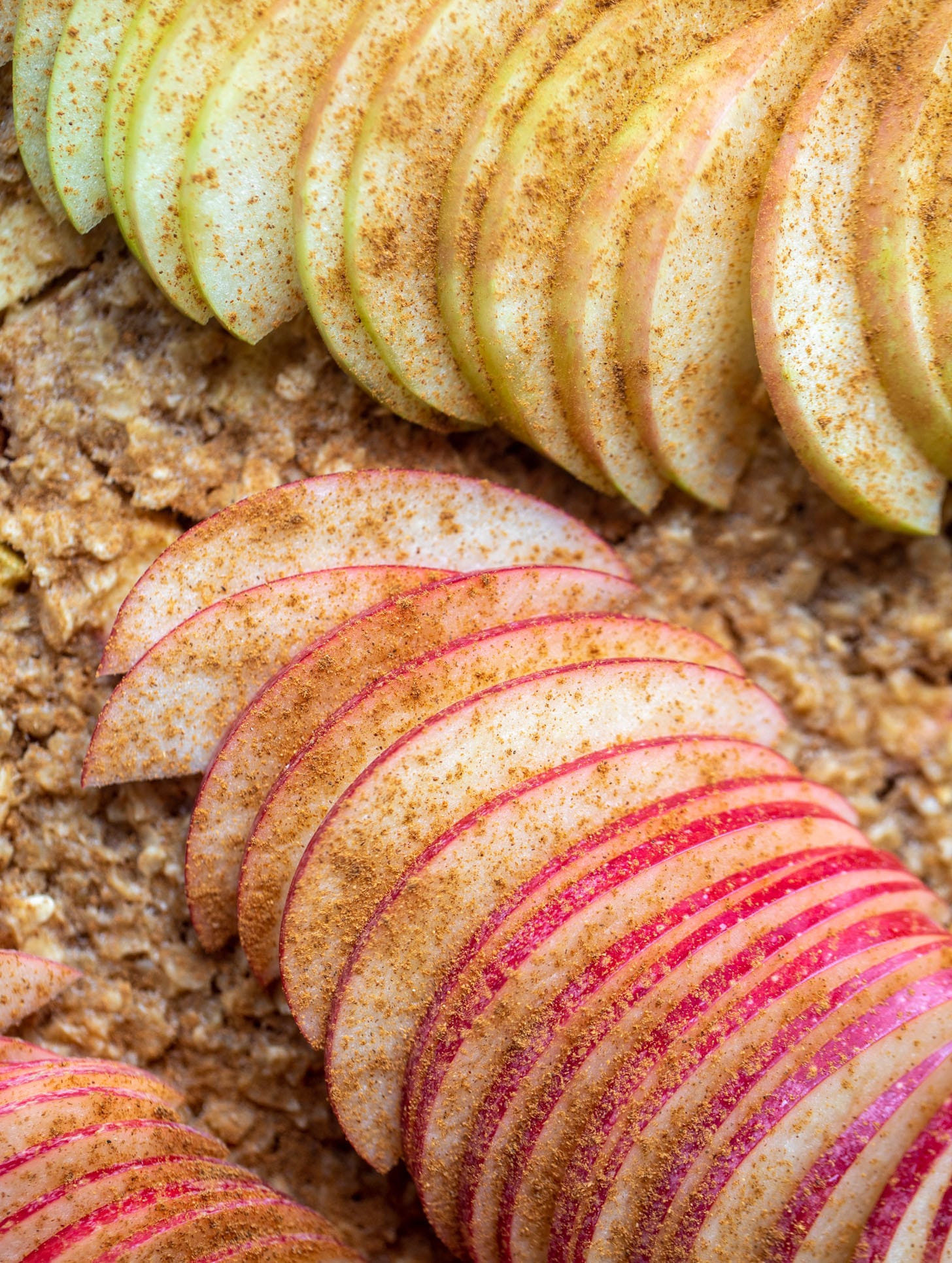 The quick oats make the oatmeal turn out super chewy in the best way possible. The tiny quick oats provide the best texture – so much better than the larger rolled oats. Even though, yes, if I was to make myself a bowl of oatmeal this morning, I’d used old fashioned rolled oats.

But this isn’t that and this is basically the best darn oatmeal cake you will ever have! 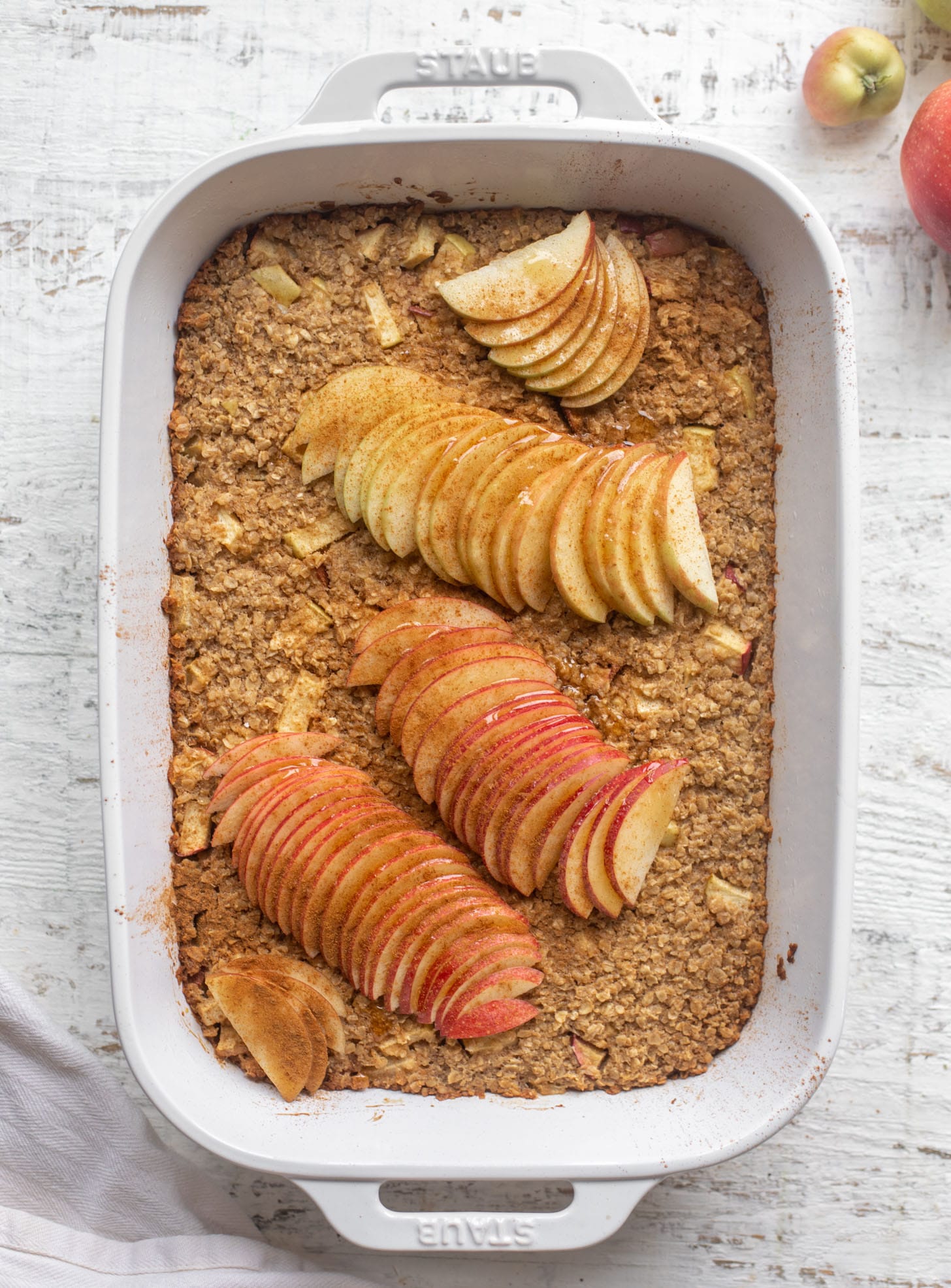 To bring my nostalgic flavor to life, I added a ton of chopped apples and cinnamon. Of course. I also replaced some of the oil with applesauce for extra apple flavor. It turned out PERFECTLY.

It really does taste like an apple cinnamon roll! The tiny bits of apple give the best texture ever. 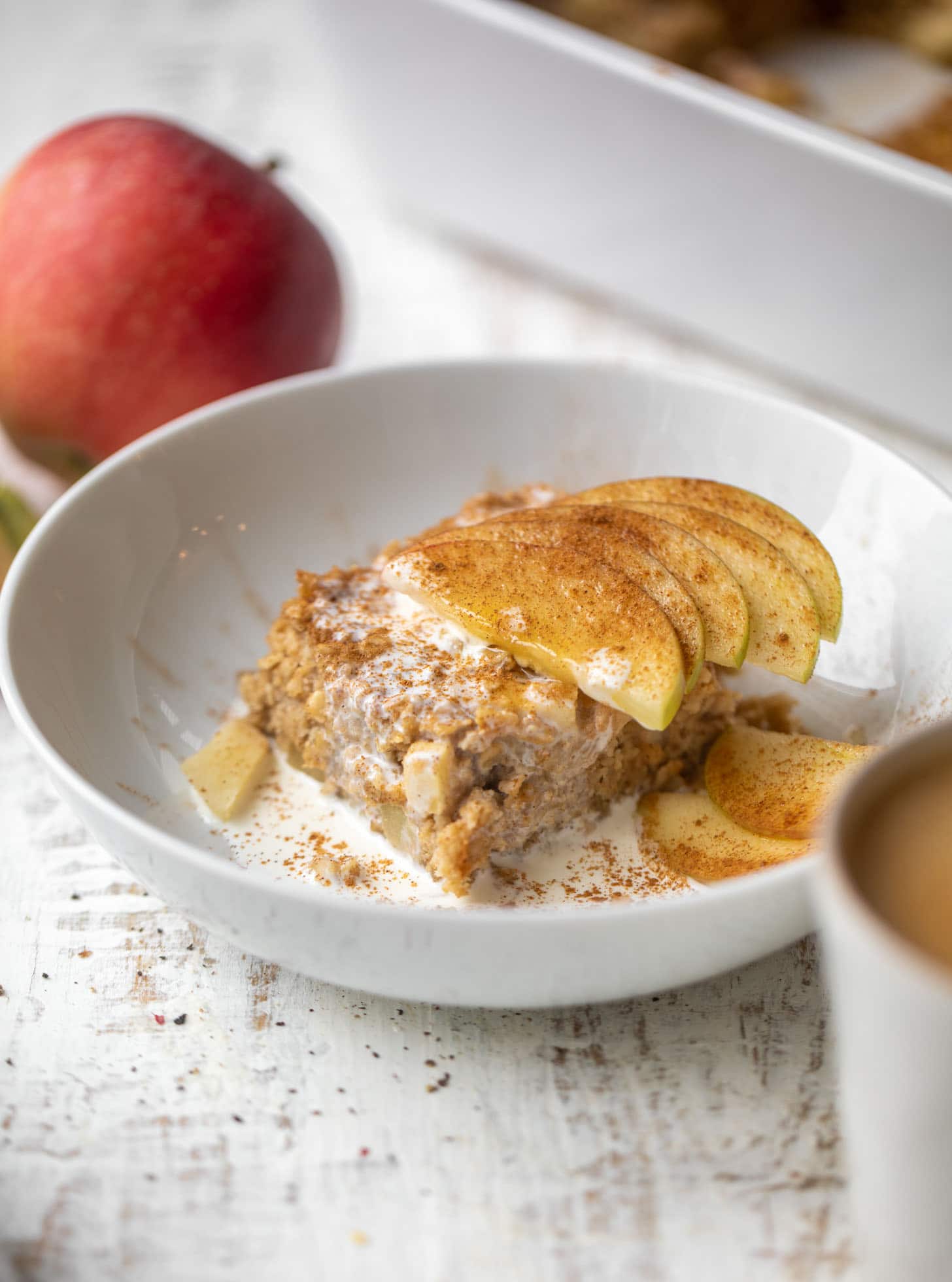 I love it with a drizzle of cream or milk on top. Just like I serve the original, it is so satisfying and comforting and well, like oatmeal cake. Oatmeal dessert! 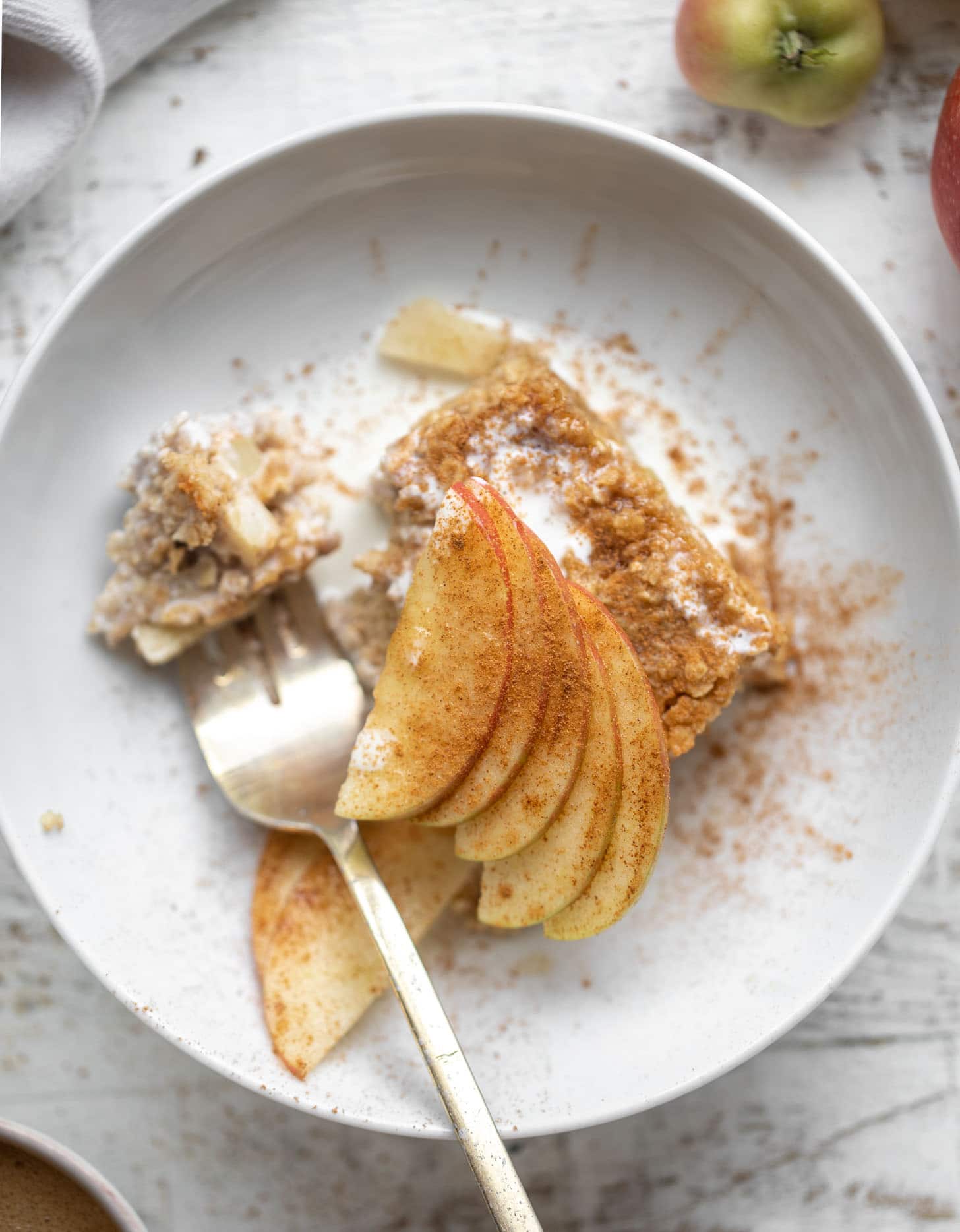 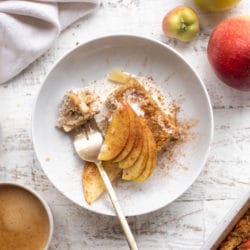 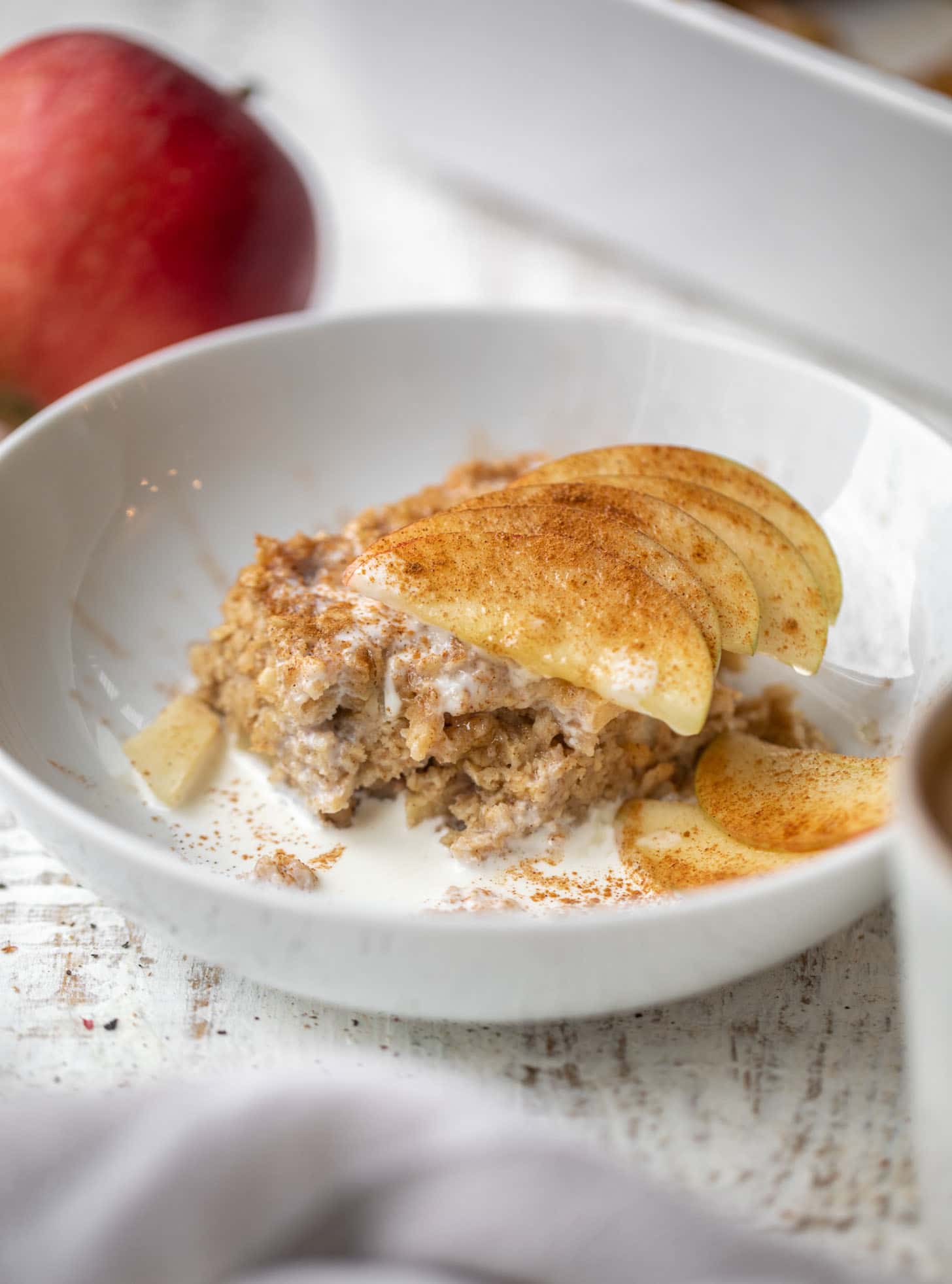 Look at that chew!

« Previous PostWhat To Make If You Go Apple Picking This Weekend!
Next Post » Currently Crushing On.