It’s been almost a decade since I first tried to rhyme – about my recipe fails over 12 months of time.

This year is no different, it’s embarrassingly true – if you even knew how any groceries I go through!

This year was tricky since I’m writing a book – tons and tons of recipes that don’t let me off the hook!

There’s nothing I love more than sharing the mishaps with you even if it makes me want to bid cooking adieu.

Now I probably should have saved the best for last – here’s a secret above from Thanksgiving – thank god it’s in the past.

This is what the turkey that we smoked came out like! It’s amazing I didn’t go on a huge kitchen strike.

No! But really, it was actually funny – a winner! Especially when our guests saw it and thought it was dinner.

It’s definitely a memory we will talk about for years and shockingly I wasn’t in a puddle of tears. I tried to stuff chicken with broccoli and cheese

It all seeped out the sides and was not much of a feast.

Have you ever seen something so… liquidy and gross?

I wanted to flip and I almost came close. Oh! Then I tried to make you cauliflower waffles

They’re as trendy as they sound and kinda remind me of falafel.

But they stuck to the iron and ruined my appliance

It’s probably not helpful that I know nothing about food science. I was super excited to swirl fresh strawberries in cake

But they disappeared and disintegrated and made my heart ache.

I’ve yet to master this and need a bigtime breakthrough. Then I tried to make a steak and it resembled salisbury

It’s actually poivre and not at all scary!

But unfortunately, we all eat with our eyes

And this could only be saved by a big pile of fries. I tried out a danish and it was a slap in the face.

It wasn’t special or delicious or even inviting

And definitely wasn’t anything I would be biting. This chicken was brilliant, I need it to work!

But it oozed everywhere, all over the pan

And it made it even impossible for me to be a fan. A few weeks ago, I mixed pasta and kale

In a one pot pumpkin dish that was just a huge fail.

I mean seriously, look at it! It just makes me brood

And honestly looks like a puddle of jarred baby food. Then there was that time I miscalculated

The salad dressing in a jar after we all waited

To eat this for lunch, we were so excited!

The idea of this was very short sighted. I tried to make pink donuts for valentine’s day

I used pitaya powder and they were practically gray!

They had zero flavor, their shape was so weird

And an awful donut is what we all fear. 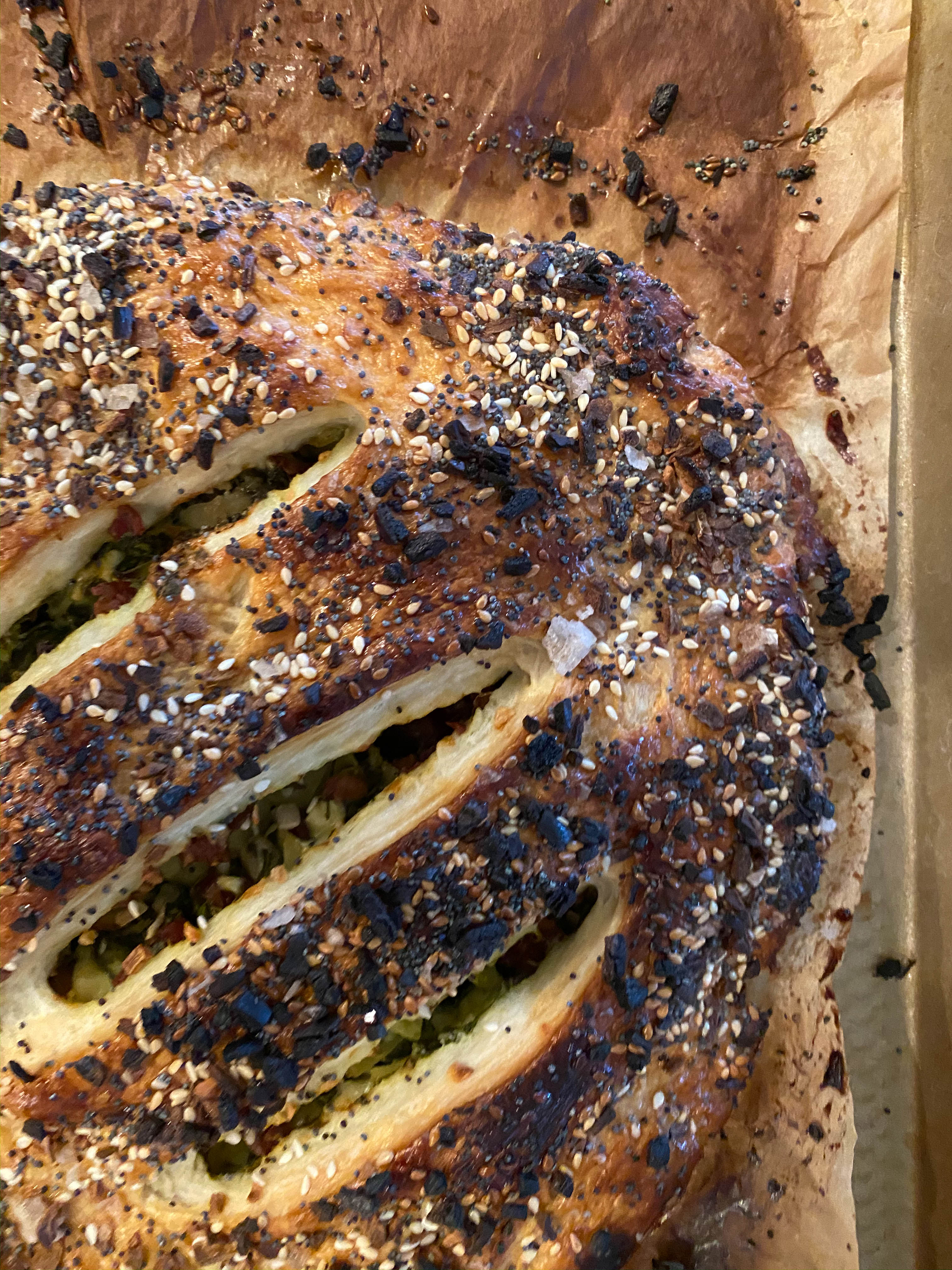 Right before I made those puff pastry twists

I used the filling in this and burnt it to a crisp.

It wasn’t as bad as the turkey above

But it certainly wasn’t something I could love. I’ve made plenty of dishes that look quite offensive.

And they actually taste good! Then I’m apprehensive

Of how I can make them seem remotely appealing.

So the first look doesn’t send everyone reeling. Thanks for following along with my annual fails!

It makes me so happy that you don’t want bail

Hearing from you is such a fun treat!